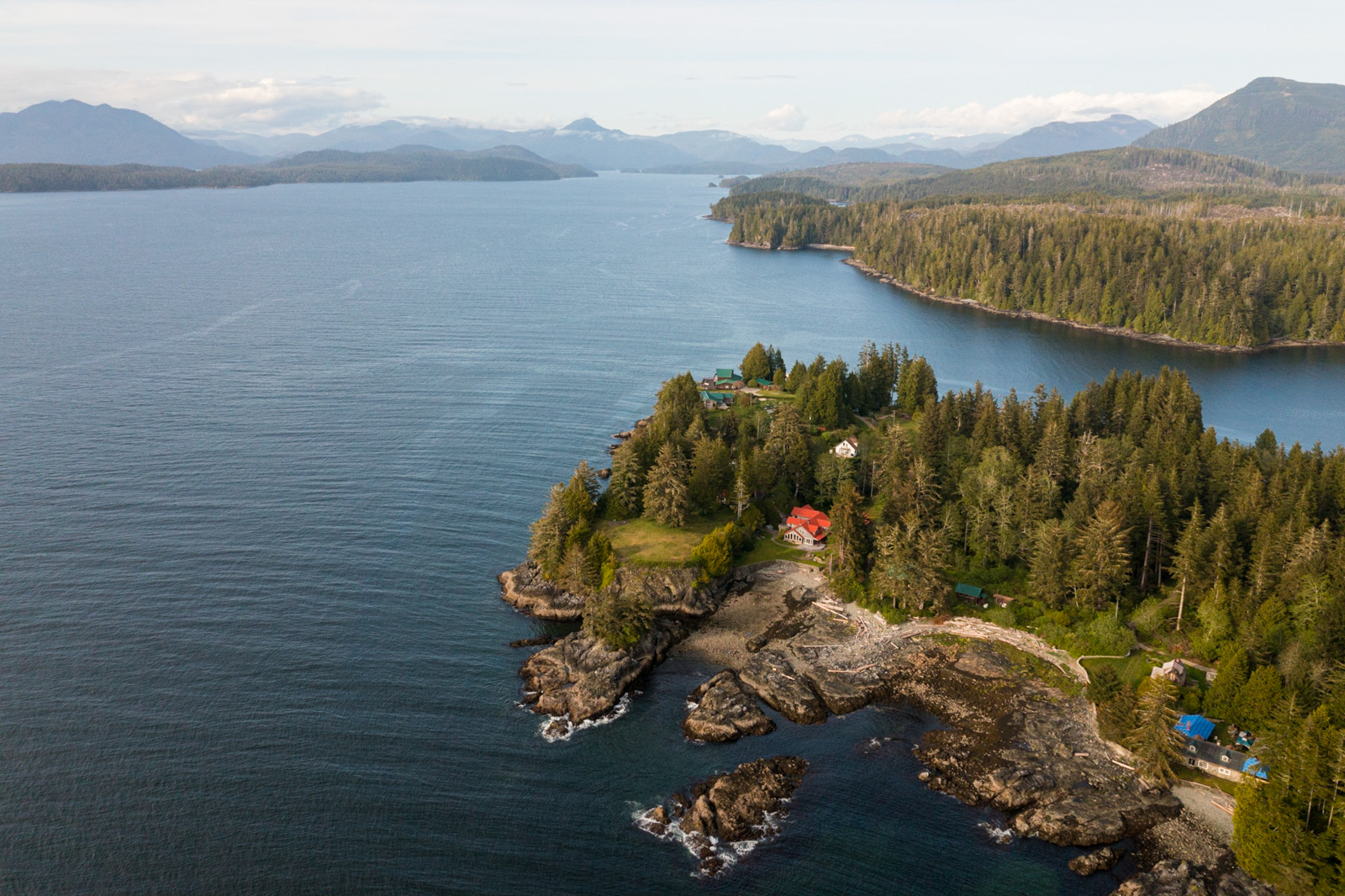 Port Alberni is shrouded in a low mist as the freighter and passenger ferry MV Frances Barkley chugs away from the dock, en route through the long narrow fjord of Alberni Inlet to its destination three hours away, the remote village of Bamfield on Barkley Sound.

The freighter stops several times in tiny outports to drop off necessities. Building materials, refrigerators, and flower baskets are carefully lowered onto floating docks: houses rise from the beach along hillsides densely covered in pine and fir trees. By the time the ship reaches Bamfield, the mist has burned off and the day is bright and sunny, revealing a colourful collection of wooden, and in some cases worn, board and batten cottages, a Coast Guard station, the Bamfield Marine Sciences Centre compound, and the spectacular landscape of the Bamfield peninsula and surrounding Deer Group and Broken Islands.

In a protected inlet on the south shore of Barkley Sound, Bamfield doesn’t generate the same vaguely ominous edge-of-the-world sensation as Tofino. It also lacks the crowds of its coastal neighbour, despite being the northern starting point, at Pachena Bay, for the legendary West Coast Trail. Its remote location necessitates transport by air, sea, or intimidating logging road, insulating Bamfield and its 240 residents from mass tourism. In August 2021, the Chamber of Commerce reported vehicle counts at around 10,500, but this does not factor in day trippers or the 200 pedestrians who can be ferried by the MV Frances Barkley.

But change is coming. Crews are working to complete the road from Port Alberni to Bamfield by autumn 2023. The 76-kilometre stretch will be chip sealed, asphalt with crushed stone compacted on top. The improvements come after pressure from the Huu-ay-aht First Nations and Bamfield residents tired of driving the gravel road. But the clincher was a fatal bus accident in 2019. The improvements announced a year later were not met by protests, and there was comparatively little discussion on the Bamfield Corkboard Facebook page, recalls James Willock, chair of Bamfield’s Community Affairs board.

The road will make trips to Port Alberni for shopping and appointments much easier, but Willock and others acknowledge that in exchange for better road access, the community might face a new set of challenges, changes, and opportunities.

Change is no stranger to Bamfield. It has seen its share over the years.

Located on the outer shores of Vancouver Island, the village has historically been a marine-focused community, once sustained by and dependent upon the bounty of its salmon fishery harvest. As recently as the 1980s, there were between 200 and 300 gill net boats in the town during the commercial fishing season. They stretched “as far as you could see,” recalls Dr. A. Richard Palmer, professor emeritus of biological sciences at the University of Alberta and a 40-year resident of Bamfield. Palmer splits his time between Edmonton and Bamfield, where he continues to research the form, function, and evolution of marine invertebrates.

The decline in the commercial fishery over time had a measurable impact on the viability of the community. Where its school had over 100 students in the 1990s, that number dipped to 10 in 2007. But while local enrolment withered, educational programming thrived at one of the economic bright lights in town, the Bamfield Marine Sciences Centre. Celebrating its 50th anniversary this year, BMSC operates as a university in miniature, employing visiting professors and residents, training hundreds of visiting marine scientists from its five partner universities, and educating thousands of high school students through field trips and marine-based programming. 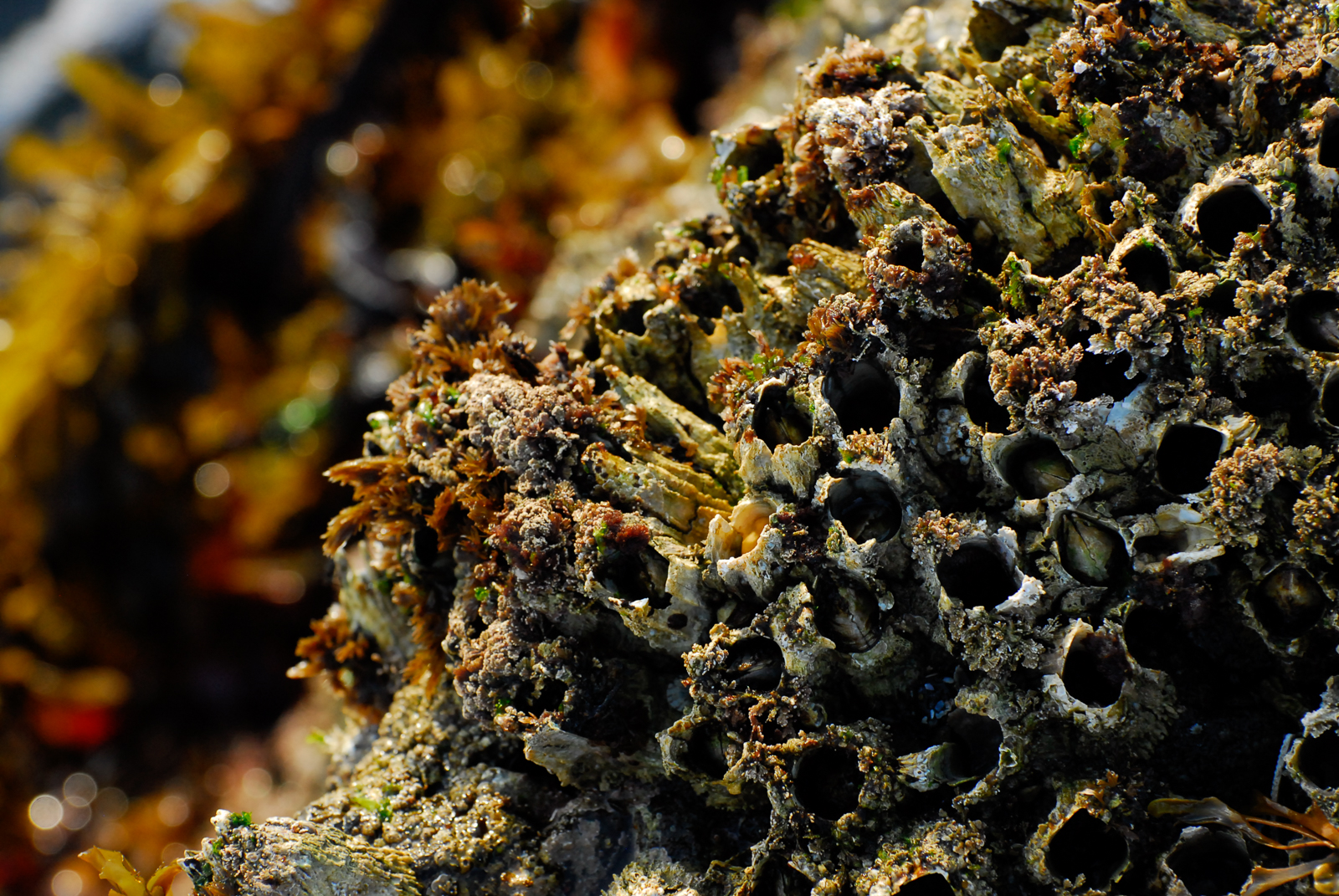 Despite the presence of the centre, however, fishery challenges and the neglect of large swaths of Bamfield businesses and properties owned by Jack Purdy, a former stock promoter and businessman, contributed to a decline in the fortunes of Bamfield that left its settler residents and the Huu-ay-aht First Nations fearing for its future. Purdy, charged in 2002 in a joint RCMP and FBI sting called Operation Bermuda Short, had purchased several key properties in Bamfield starting in the late 1990s. Despite promises to upgrade and operate them, he kept the businesses closed or let them deteriorate for more than a decade, to the community’s dismay.

When 11 “Purdy properties” went up for sale, the Huu-ay-aht First Nations bought them as a package deal in January 2016. The purchase included Rance Island, the Bamfield Motel, the Kingfisher Lodge and Marina, Ostrom’s Lodge, and an undeveloped airport, and represented an investment in Bamfield and the Huu-ay-aht’s long-term future.

“When I was a teenager, our community was well off,” recalls Robert Dennis, chief councillor of the Huu-ay-aht First Nations. “We were able to sustain ourselves through the economic opportunities that we had locally, mainly in fishing. That’s where we’d like to get back to in terms of employment again, to see our people working in the tourism industry and to encourage them to become entrepreneurs.”

The eco-tourism industry in Bamfield is slowly taking shape. In spring 2022, Outer Shores Lodge opened on Bamfield’s west side, overlooking Barkley Sound. Lodge co-owner and former BMSC research scientist Russell Markel has been a part-time resident of Bamfield for 25 years. He is excited to see the community grow and come into its own. He describes Bamfield as existing in a “Goldilocks zone,” wild but not too wild, with something for everyone.

“I see kids in boats, folks kayaking, camping, swimming, and surfing,” he explains. “People are coming to celebrate the access to nature and wilderness that Bamfield has to offer, and that feels really good,” adding that more visitors will force the town to figure out how to grow and that accommodating that growth, while challenging, is better than seeing the community decline.

Chief councillor Dennis notes that “it’s going to be good for us in the context of enabling our tourism opportunities to be greatly enhanced, to diversify our economy and become less reliant on resource development.” To that end, the Huu-ay-aht are looking at expanding tourism, including the development of new luxury resorts over the next five years, Dennis says: “There’ll be some big projects coming out of our community.”

But already, property valuations are skyrocketing, there’s not enough parking, and housing availability is scant. As in the rest of British Columbia, affordability is top of mind. The possibility of the new road squeezing that and decreasing quality of life weighs on current residents like Palmer, who has misgivings about the improvement’s impact. “I would rather have seen the road improved from Port Alberni to Lake Cowichan,” he says, “with the stretch from Franklin Camp, about midway, to Bamfield left unimproved.”

Willock adds that in general, the Bamfield community does not want to see the explosive growth that communities such as Tofino have experienced. “We have had a number of meetings with our MLA and the former mayor of Tofino, Josie Osborne, to learn from Tofino’s experience.” He believes Bamfield’s lack of extensive beaches and surfing, limited accommodations, and its wilder and rougher geography, including the divide between eastern and western sections of the village, will mitigate that type of expansion. 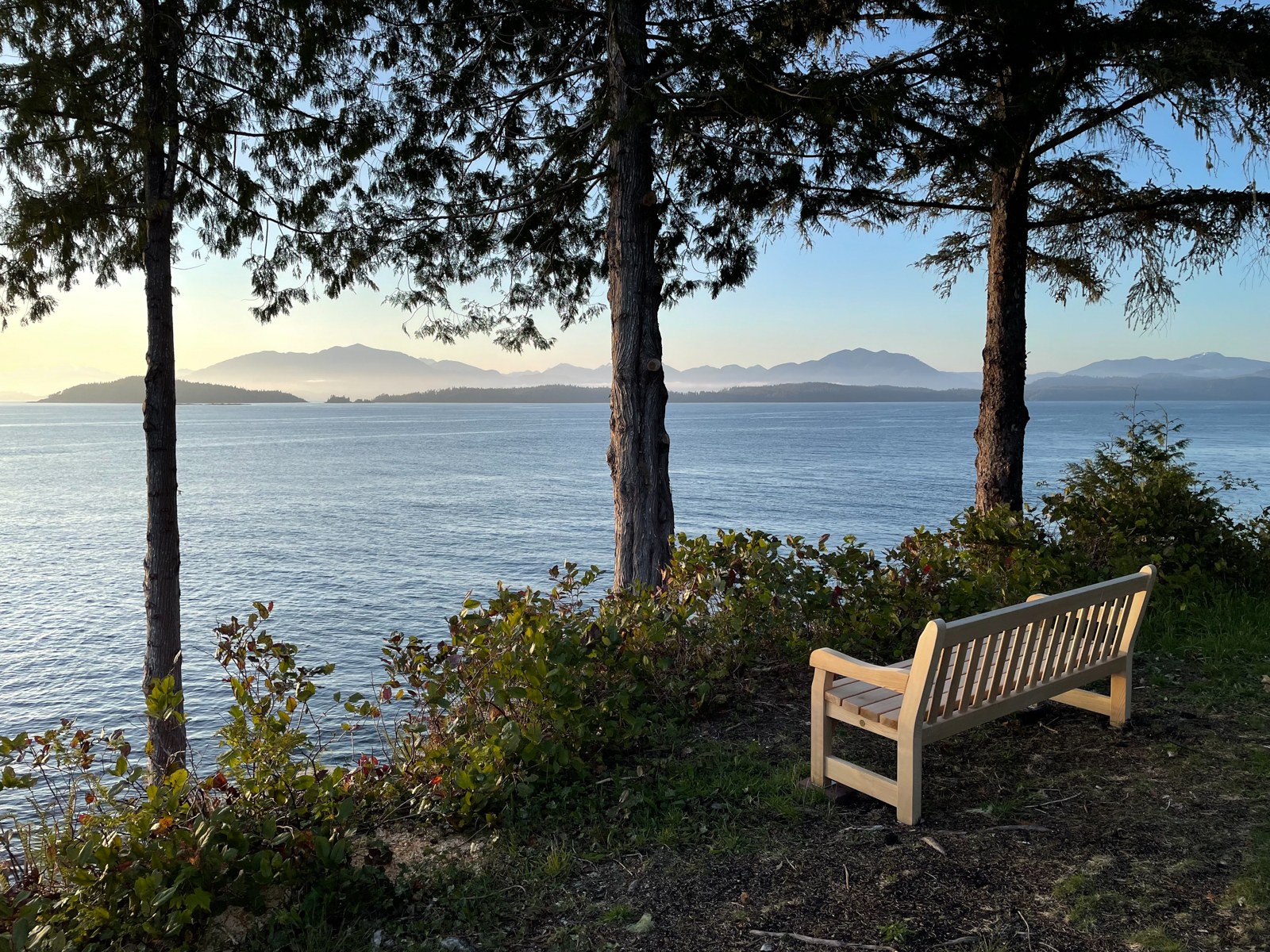 As large landholders, the Huu-ay-aht are working to meet the accommodation and housing challenges through sustainable development that meets the guiding principles and long-term stewardship of the land of their ancestors, whose presence remains strong at Kiixin, a National Historic Site of Canada and the only known First Nations village with significant standing traditional architecture on the southwest coast of British Columbia.

“I believe that we’re well situated to take that on,” Dennis says. “We want affordable housing and we’re developing housing for our citizens that are moving home. We would like to continue to do that into the future.”

One element everyone hopes will remain unchanged is that which renders Bamfield so endearing to residents and visitors: its perfectly rough-and-tumble mix of people, living in one of the most stunning natural places on B.C.’s outer shores.

“Here you’ll bump into people from all walks of life, in a way that you’d never do living in a city,” Palmer observes. “It’s all a level playing field where everyone is very supportive of each other.”