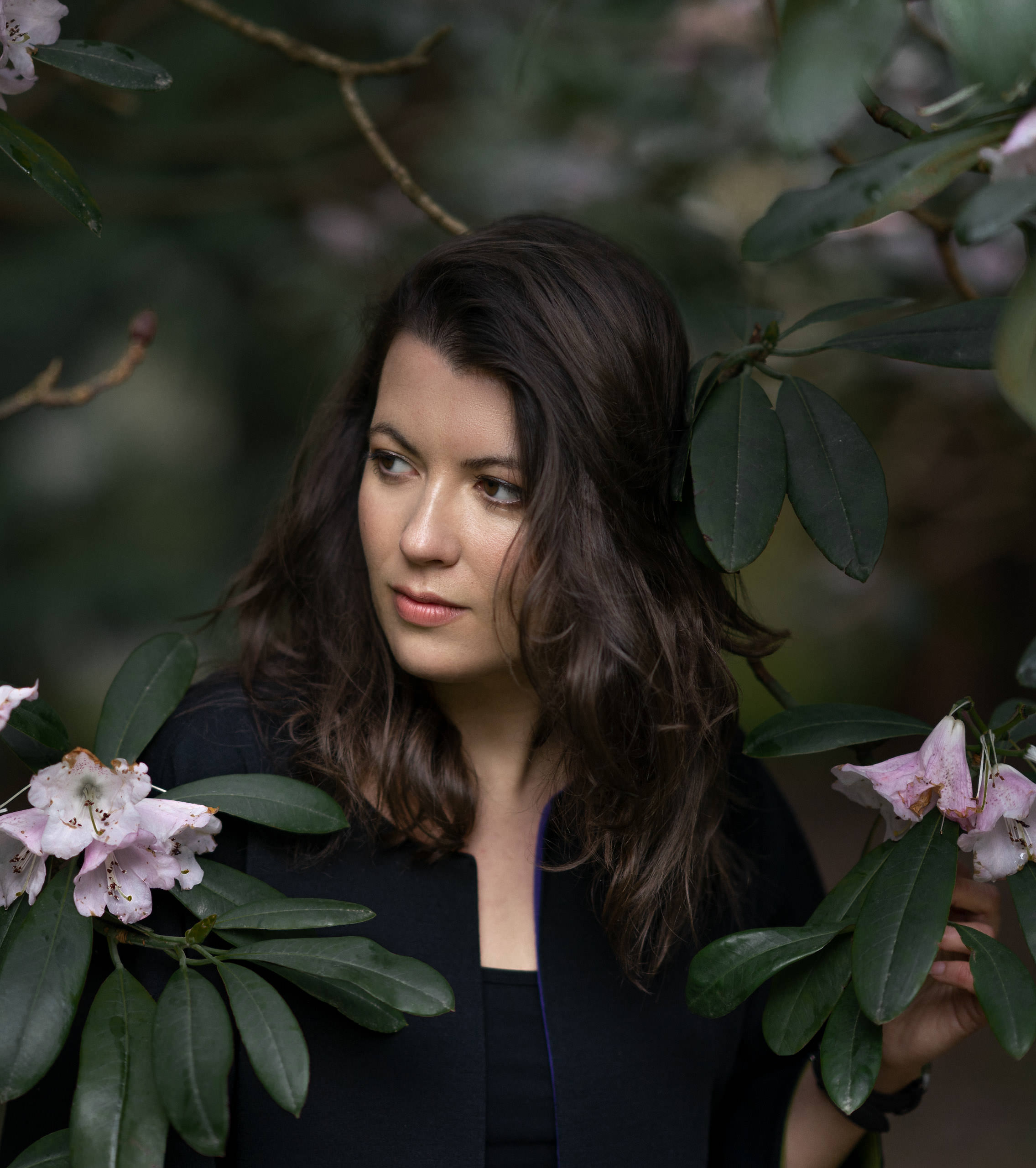 Hidden in the dry details of a decades-old human rights report, Maria Reva discovered a story both too compelling to ignore and too sad to write.

The Ukrainian Canadian writer was researching her first novel when she read the story of a little girl with a cleft palate, abandoned in a Soviet psycho-neurological internat, or boarding institution, and left to wilt. Because the girl could not talk, she was diagnosed as an imbetsil, even though she seemed bright and communicative. Because of her psychological diagnosis, she was passed off as unworthy of corrective treatment for her palate. Caught in a tragic paradox, she was confined to indefinite care and disappeared somewhere into the machinery of the state institution—her narrative swallowed up in the dry constraints of inadequate record-keeping.

Reva knew she had to pick up this story, but the idea was also unbearable. “I couldn’t really write it straight on,” she says. “It was like staring directly at the sun. You can’t. It’s blinding. It hurts.”

The story she ended up writing —one of several intertwined narratives in her debut novel Good Citizens Need Not Fear—was a comedy, not a tragedy. We follow Zaya, a girl born with a cleft palate, through a childhood told from the absurdist perspective of a state orphanage that must make bureaucratic sense of its nonsensical internal world, through her daring escape in the unusual company of a mummified monk, and through her entrapment in a complex plot to replace the missing contestant in a pan-Soviet beauty contest.

The pages of Good Citizens are full of stories that are sad and poignant but also ridiculous, poking sideways fun at how repressive bureaucracy clashes with the everyday necessities of human life. An elderly couple declines to treat the husband’s bladder cancer because X-rays of the growing tumour can be hawked to credulous tourists desperate for Chernobyl kitsch. A miserable bureaucrat must force a poet to apologize for an illegal joke that nobody is permitted to explain out loud. A canning engineer must invent a triangular vegetable to maximize efficiency by filling the void between string beans. It’s the twist, the wry absurdity, the telling of truth but telling it slant, that allows Reva to tell stories of hardship that would otherwise be too difficult.

This instinct to confront repression with humour is rooted in the Ukrainian spirit. In a famous event from the 17th century, commemorated in an equally famous painting by Ukrainian-born painter Illia Riepin, the leaders of the Ukrainian Cossacks gather to respond to a threatening letter from the Ottoman Sultan with a string of exaggerated comic profanity, ending with a suggestion to “kiss us thou knowest where!” The 19th-century Ukrainian writer Nikolai Gogol, writing tamely for readers in St. Petersburg and Moscow, snuck comedic jabs at Russian imperialism into his stories. Reva is part of a long tradition of Ukrainian writers who have used a trickster’s pen to assert their independence and identity. 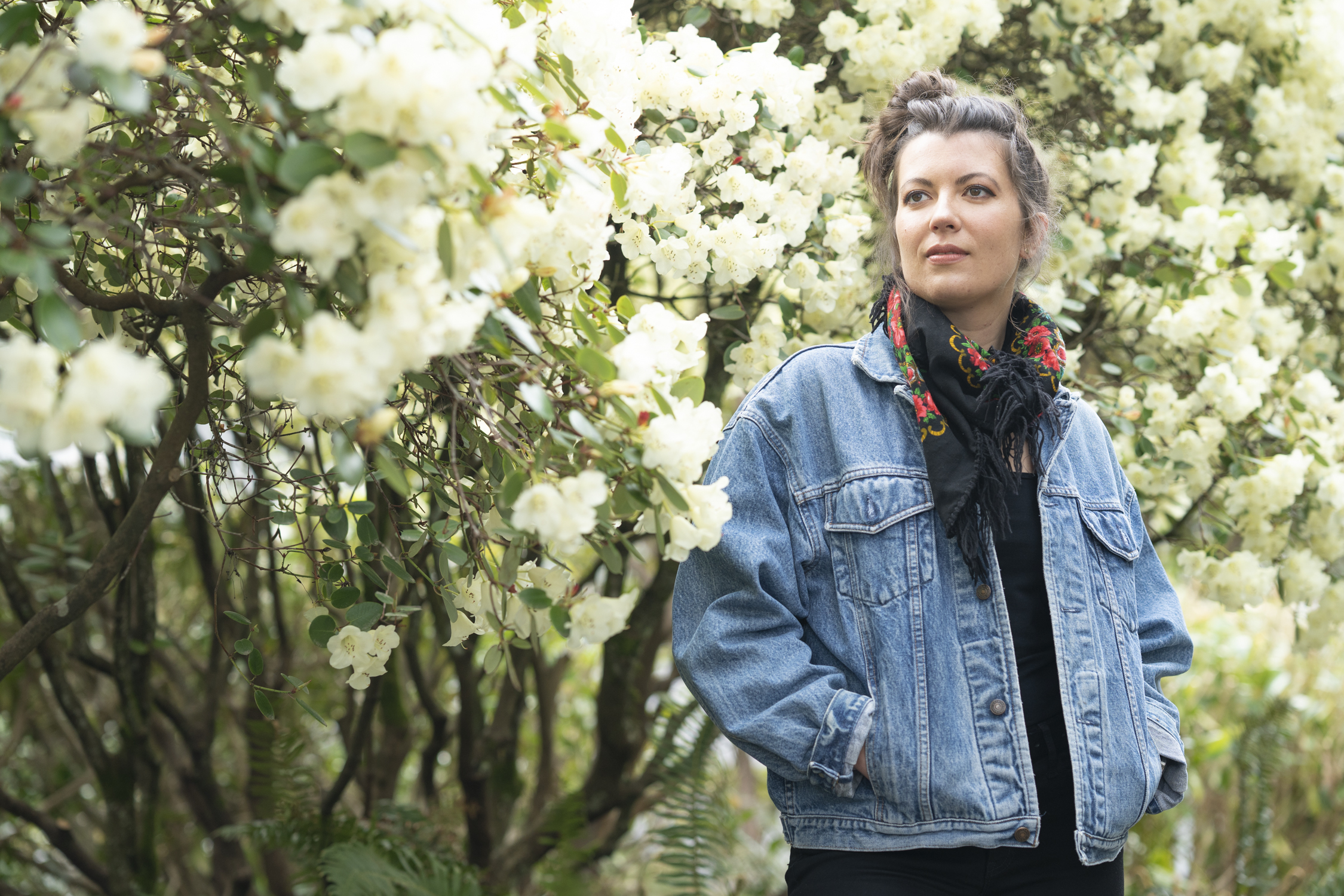 But even Reva’s sense of humour was challenged in the early months of this year when Russian rockets began to fall on Kyiv and Kherson, where much of her extended family still lived. “The characters that were in my head just disappeared like they were never there,” she says, “and I didn’t feel like working on any of it. Like, what was the point? But I didn’t lose the drive to write. That took on intense meaning, but in a different way.”

She briefly abandoned both fiction and humour, writing emotional essays in The Globe and Mail and Toronto Star about how the war had shaken her family and revived her connection to Ukrainian identity and language. She writes about how it has reignited awareness of her Ukrainian roots and inspired her—a native Russian speaker like many of her countryfolk, especially in the south and east of the country—to study the Ukrainian language.

Writing the nonfictional stories of her homeland is rewarding but also emotionally exhausting. “These are real people now, and I can’t package them up and seal them away when I’m not writing,” she says. “The stakes are very real.”

But somewhat to Reva’s surprise, the war has only stimulated the Ukrainian sense of fun. The Telegram instant messaging channels her friends and family used to communicate with the outside world were soon full of jokes and memes, crafted even as their authors hid in their basements listening for air-raid sirens. As the invasion of Ukraine rages on, the country’s official Twitter account posts jokes at Russia’s expense. It feels serendipitous that at the moment of Ukraine’s greatest crisis, its president, Volodymyr Zelenskyy, is himself a comedian.

The black humour of Ukrainian resistance is difficult to translate for a Western audience, Reva says. This was first apparent when she published Good Citizens. While the book was glowingly received in The Globe and Mail and The Guardian, and made shortlists for a handful of fiction prizes, a few readers also wrote to complain that what they thought would be a comedic book was instead unexpectedly tragic. It is, in reality, both. 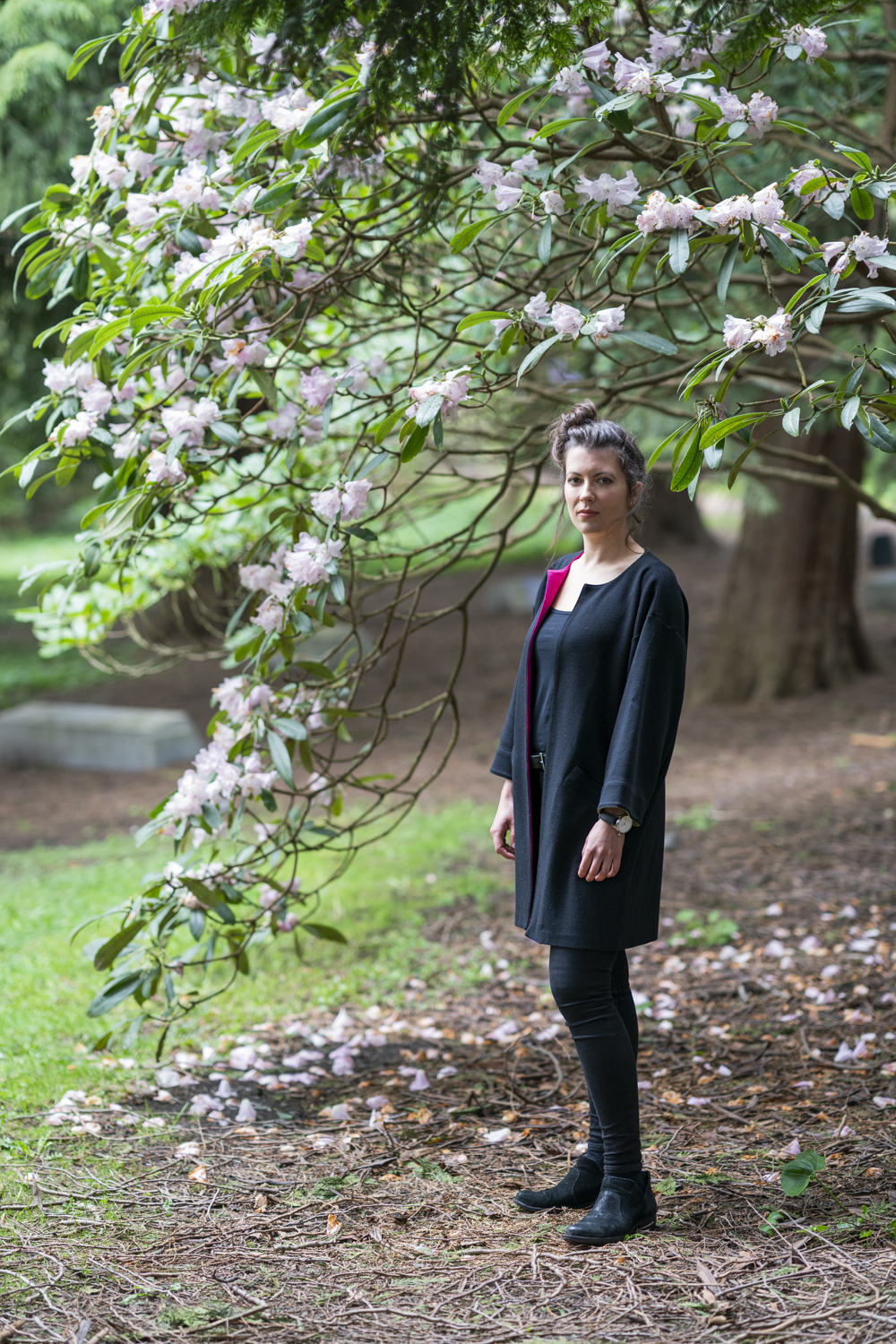 “Western readers, I think, find it difficult to sit in this place of both humour and darkness. It has to be funny or sad,” Reva says. The Ukrainian embracing of dark humour is a form of resistance, tied to a history that weaves through foreign domination, pogroms, famines, and decades of Soviet control.

After the February invasion began, Reva pitched a story on Ukrainian humour to a newspaper, but after seeing a first draft, the editor spiked the idea, telling her his audience wouldn’t like the tone. For those of us distant from the fighting, laughter rings inappropriate, but Reva says that for those in the midst of it, it’s a lifeline. “If you can laugh at something, you take away its power,” she says. “You can rise above it.”

She is working on her second novel from a renovated attic with a skylight, wood floors, and potted plants, where she can look over the rooftops of New Westminster. It’s a refuge in the house she shares with her husband, her parents, and her sister, the composer Anna Pidgorna, for whom Reva writes libretto. The family compound, as she calls it, is a constant bustle—sprouting kale, fermenting beer, and gallon jars of pickling tomatoes, not unlike the packed novostroika apartment blocks of her novel. While the news of the war has fallen heavily on the house, Reva says she is fortunate to live with other Ukrainians: when one feels crushed by sorrow or anger, another will bolster with hope and optimism.

She moved to New Westminster when she was seven. Her mother, a chemist, and her father, an engineer, fled the blackouts, inflation, and unemployment of post-Soviet Ukraine, mostly on a whim of her father, who read in a children’s atlas that in Vancouver one could swim and ski in the same day. Her parents’ stories—once her father was told by a clerk that his apartment building didn’t exist because it was not found in the official registry—made their way into many chapters of Good Citizens.

Reva’s family summered at their dacha in Kherson, near the mouth of the Dnipro River on the Black Sea. That’s where her grandfather, an 84-year-old collector of family records and photographs, still lives; he refused to evacuate to Slovenia with the rest of the family as Russian troops approached. As these words are written, Kherson has since fallen behind the veil of Russian control, and Reva hasn’t heard from her grandfather in days.

But she has taken comfort and inspiration from Ukrainian stubbornness in the face of uncertainty. As air-raid sirens wailed over Kherson, her grandfather was still going out for his daily crossword, and her sister’s musical colleagues busied themselves with an academic conference. Reva marvelled at how refugees hiding in a Kyiv subway station sat down to take in an impromptu concert put on by music students. 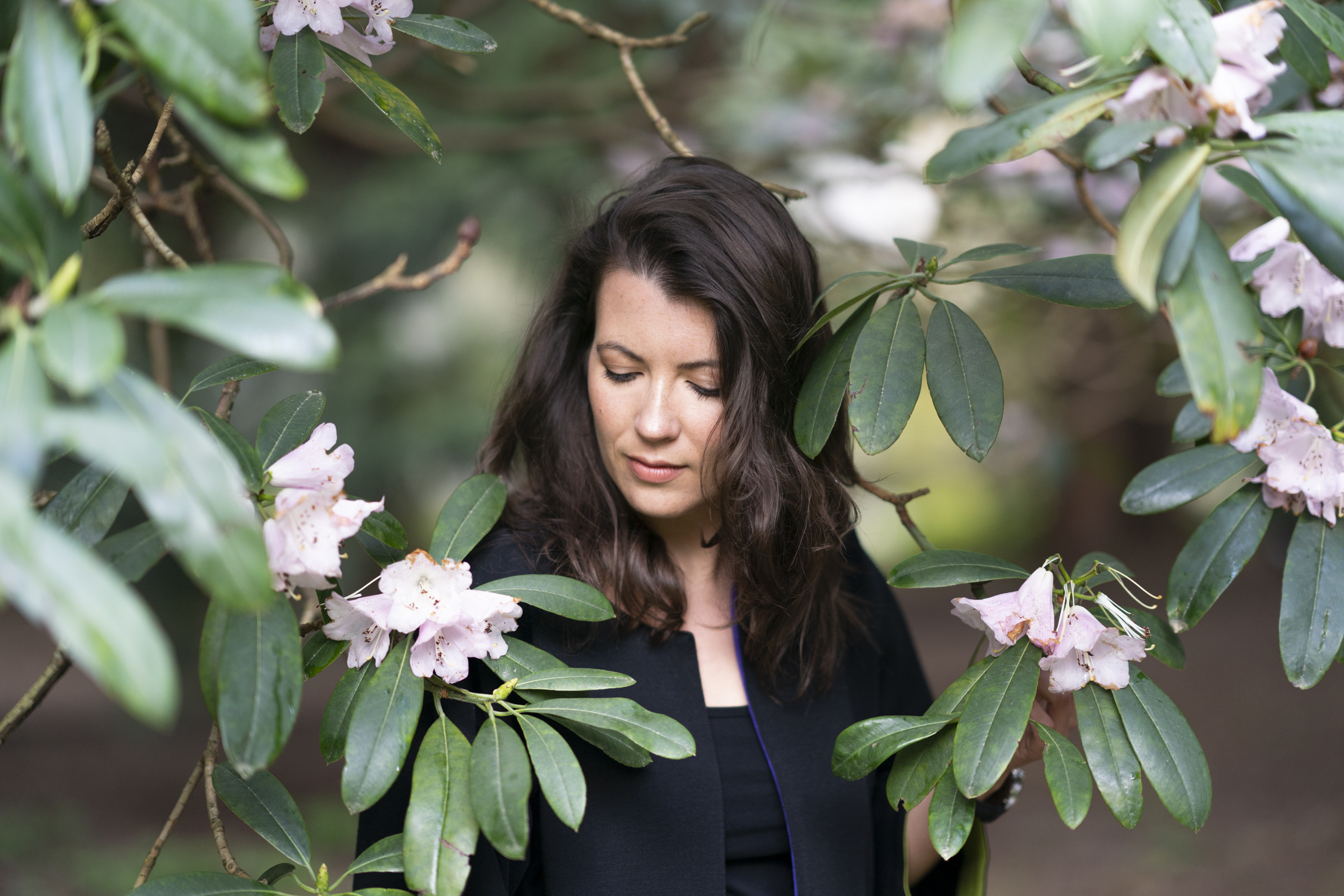 “It bolstered my belief in art in general. I think when we have these great times of turmoil, there’s often this question about the place of art, when people are dying, when bombs are falling,” she says. But Ukrainians have continued to live their lives, and writing is what Reva does best.

“I find that I have to be doing something, because if I stop doing everything then the sorrow and shock become overwhelming,” she says. “It’s the people who are keeping themselves busy that keep going and feel less powerless.”

In her nonfiction, Reva says, she finds herself still reaching for the techniques of a novelist, convincing readers to care about people with whom they have no connection and to feel urgency about events they can only imagine. “I feel my role is to humanize these people who were across the ocean, who feel very far away, to make them seem like any of us,” she says. “Like we could be at war too.

“I think it amplifies my understanding of what fiction writing can do. I think fiction writers, our medium is emotion. We sway emotionally. We get the reader. Sometimes I think it’s almost perverse what we do. We write this thing with people that don’t exist, and then we have these tools for getting readers attached to their lives, and then we have horrible things happen to them, and then the readers have to feel that.”

This is, she agrees, a particularly Slavic outlook on literature.