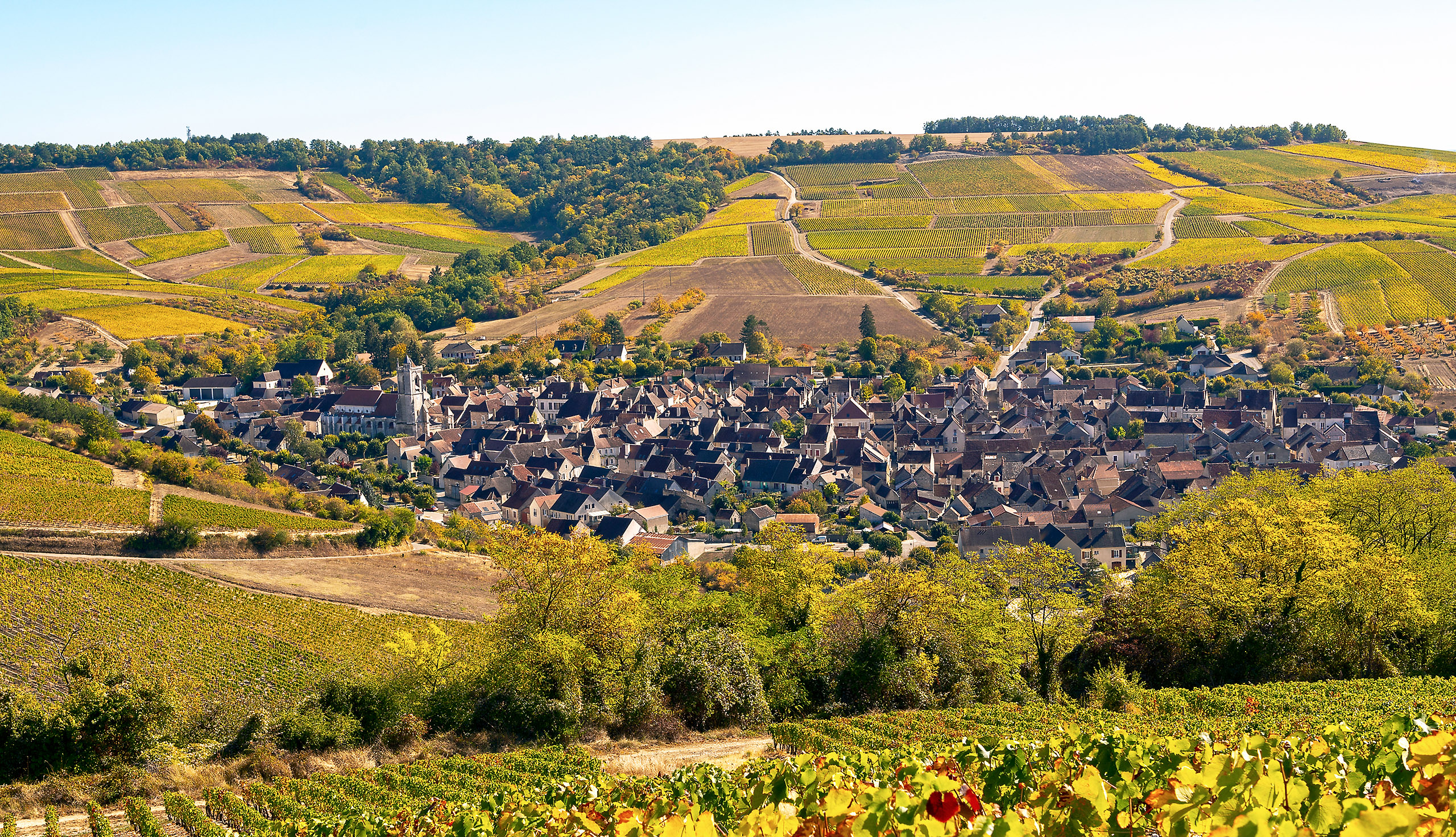 The sweet, dark fruit that is, to me, northern Burgundy’s greatest gastronomic treasure isn’t the grape, despite the rivers of tourists that flow south to the Côte d’Or, or Golden Slope, in pursuit of the world’s most famous pinot noir. Whether they drive or take the train, visitors do not realize that once they leave the Paris region, they are whizzing through the Yonne, the beautiful area named for the river at its heart, nor that the vines here share space with something even more wondrous: cherry trees.

When the phylloxera louse devastated vineyards in the late 19th century, these trees, just as well adapted to the chalky slopes, were the alternative to vines. Now, in spring, you can stand above a village such as Irancy, located in a dip like a thumbprint in the hills, and peer down at the houses through a cloud of glorious pink blossom.

The local variety is marmotte (oddly, French for groundhog) and is exceptionally firm, sweet, and juicy, with just a touch of acidity. Cherries neither grow on demand nor transport easily, and so, in our jaded era of casually globalized produce, nothing is more exciting than to spot a roadside stall piled with ruby fruit. And the moment doesn’t last long. “Le temps des cerises” (“Cherry Time”) is a song, appropriately bittersweet, about the brief, halcyon blooming of young love and the pain that follows. Written in 1866, it became associated with the Franco-Prussian war of 1871. Later recorded by Yves Montand, this salad of romance, tragedy, war, and food seems quintessentially French.

Nothing makes me happier than travelling through the Yonne region in early summer, when the trees and vines are fruiting, the barges are meandering down the foliage-fringed Yonne, and the sun warms the grey-white buildings, including the cathedrals of Sens and Auxerre, constructed from the local stone known as calcaire d’Auxerre. Both buildings shine like ghosts, which in a sense they are. 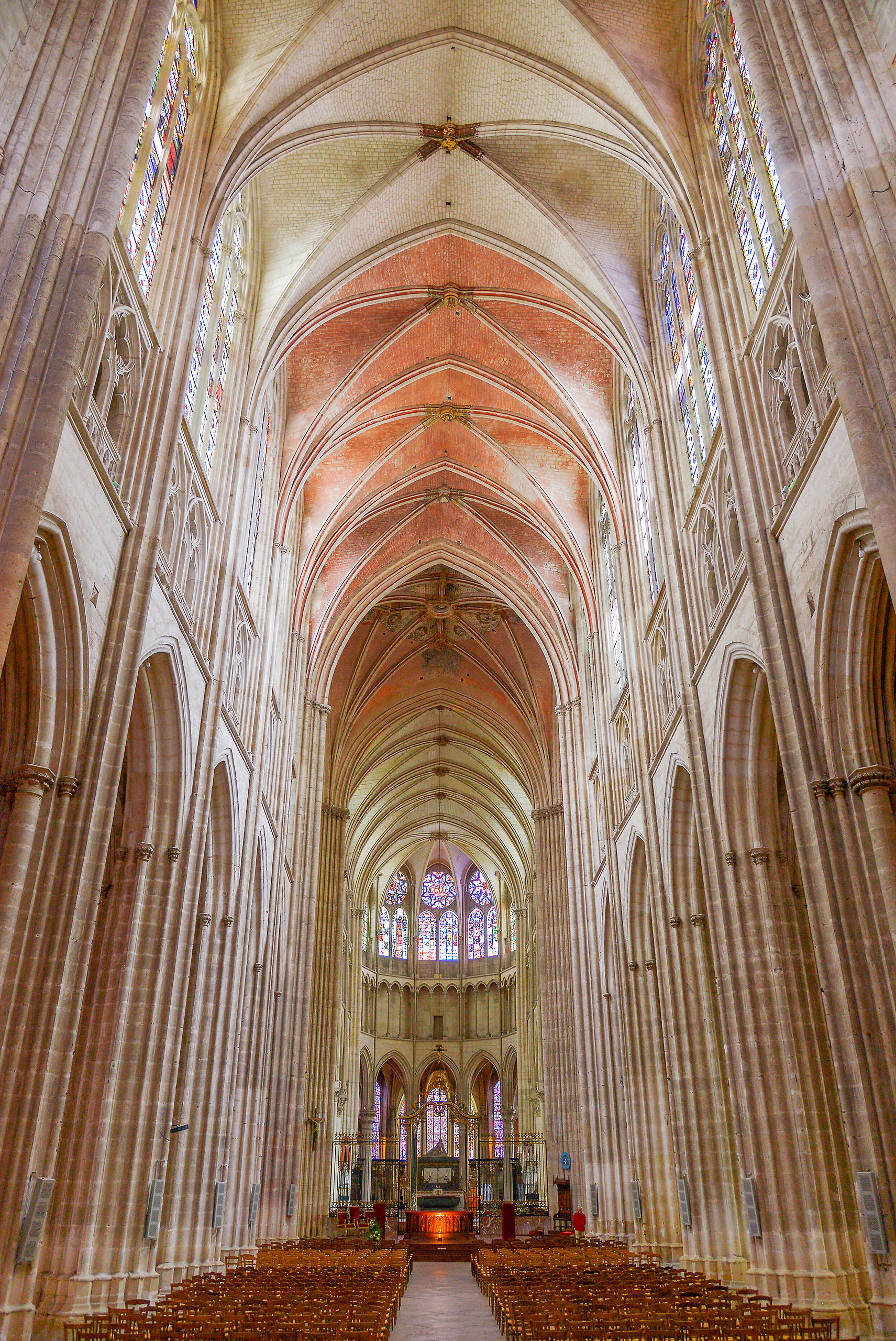 In Burgundy’s Yonne region, the village of Irancy (above) and Auxerre cathedral are rooted in the same chalky soil as the grapevines and cherry trees.

Sens was the first-ever Gothic cathedral, begun two decades before Notre-Dame in Paris. Thomas Becket, Archbishop of Canterbury, fled here in the 1160s, after enraging his erstwhile friend Henry II of England by putting the church’s interests before the king’s. (While still Henry’s fun-loving and extravagant chancellor, he had warned that the church appointment would stretch his loyalties to breaking point. Henry hadn’t listened.) One of the cathedral’s beautiful stained-glass windows recounts Becket’s murder in Canterbury Cathedral by zealous knights, apparently on Henry’s orders: an act of royal blasphemy that shocked Europe. The embroidered vestments Becket wore in Sens are on display in the museum, along with paintings, tapestries, and precious objects. One further connection between Sens and Canterbury might have pleased the unfortunate archbishop: in 1174, the English cathedral caught fire, and the man hired to rebuild—one of the first architects whose name survives—was William of Sens, whose pioneering vaulting echoes the soaring stone he probably helped create in his hometown’s cathedral.

If I travel to Joigny by river, a helipad appears on one bank, a school of slightly strange basket-weave fish sculptures, floating above a smooth lawn, on the other.

This is the Côte Saint-Jacques, a hotel with a Michelin two-star restaurant that has been run by the Lorain family for seven decades. There are plenty of vines here: on the excellent wine list and on the côte (slope) from which the hotel takes its name. These days, Joigny is a quiet backwater, but three churches and a large covered market signal its vanished importance. First the river traffic migrated to train and road, then they were superseded in turn. The Route Nationale 6 outside the hotel was once so busy with cars heading from Paris to the Mediterranean that the Lorains built a passage underneath it. I stand in this cool, slightly eerie tunnel, beneath the now-quiet road, thinking about the RN6’s own temps des cerises.

Before they were built, the RN6 and its twin, the RN7, were the original routes to Michelin glory: in the 1930s, the first restaurants to gain three stars were all strung along their length. In Michelin, one star is a good table, and three is worth a special journey. Two is a restaurant qui vaut le détour (worth a detour)—which, in the case of the Côte Saint-Jacques restaurant, is a very short detour indeed. But it is certainly worth it: delicate frog legs in an almond cream, brill with girolle mushrooms, everything so prettily presented I could frame it, and wines from—of course—the Côte d’Or. Before dinner, I walk past half-timbered houses up to a Renaissance chateau from which to view the river below and visit the trio of churches, one of which contains a 16th-century sculpture of Christ in his tomb surrounded by seven life-size saints, looking suitably downcast. This group moves me more than anything I see in the far grander Auxerre cathedral, built on the ruins of a 10th-century cathedral (you can still visit the crypt, with its wraithlike painting of Christ on horseback). In Auxerre, what enchants me is the astronomical clock, tracking the ephemeral movements of both sun and moon, on a stone-white arch between cathedral and river. 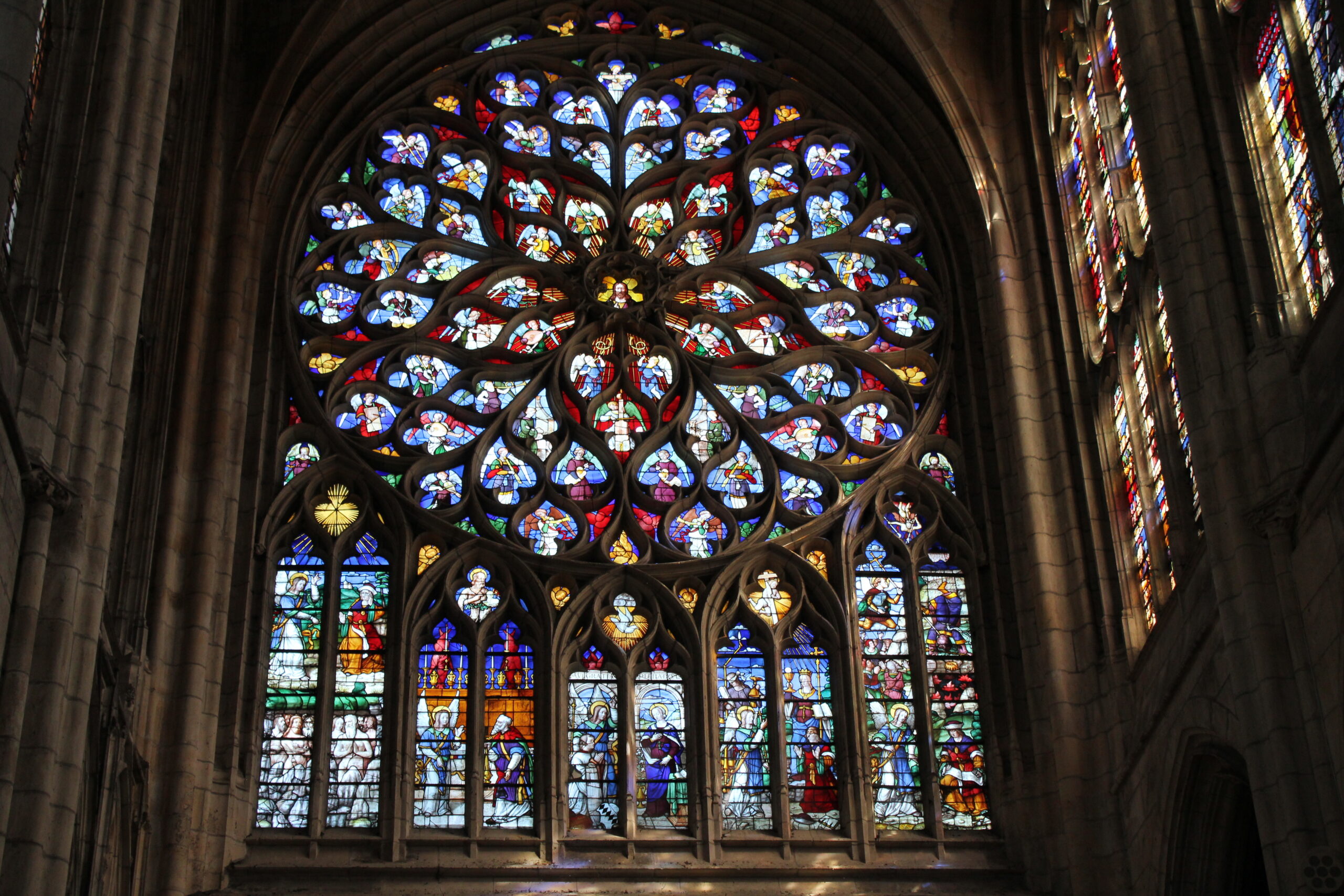 Chablis is the Auxerre cathedral of Yonne wine villages: internationally famous but not necessarily more interesting than its neighbours. It is built, like the cathedrals, from calcaire d’Auxerre—as, in a sense, is its chardonnay, since the vines are rooted in the same chalk. They are beautiful wines, but I also like the cherryish pinot noirs of Irancy, which are often bolstered by a small amount of a harsher red grape, César (named, they say, for Caesar, who would surely have considered pinot a more suitable namesake). There is no better day out than a walk from Saint-Bris-le-Vineux, which is still vineux (rich in vineyards) and the only place in all Burgundy that grows sauvignon blanc, to its counterpart, Coulanges-la-Vineuse. Past fields and vineyards, I skirt the village of Champs-sur-Yonne but pause at Escolives-Sainte-Camille to look at the remains of the Roman villa and thermal baths and, in particular, the sweet sculptures of small cupids helping with the harvest—a charming reminder of the universal and timeless compatibility of wine and love. And then, I picnic in these hills, with a bottle of wine bought from Richoux, my favourite Irancy producer, and ideally, a bowl of cherries for dessert.

The Yonne river continues south, and so do I, into the forest of Morvan, where there are all sorts of energetic activities, from hikes to lake swimming, for those so inclined. Or there is a walk, short but steep, up to the great basilica of Vézelay. This is a stop on the pilgrimage route to Santiago de Compostela, and even with today’s shops and restaurants, it’s impossible not to feel awe as you approach that giant, looming structure, tower raised on the right like a pumping fist. Here, in 1146, Abbot Bernard of Clairvaux preached the Second Crusade, and Louis VII of France solemnly swore to deliver Jerusalem from the Turks. So did his young wife, Eleanor of Aquitaine, which was well received at first—she was vastly wealthy, and a crusade always required money—but when the mission failed, she and the noblewomen who followed her were blamed by those who felt men going off to wreak holy war should be chaste. Or perhaps they just needed someone to blame. Twenty years later, Becket too would preach here, this time against Henry, by then Eleanor’s husband. Their son, Richard Lionheart, embarking on the Third Crusade in 1190, stopped at Vézelay for a blessing. And so history repeats itself, although for Eleanor in her late sixties, being left at home to oversee Richard’s kingdom may have felt like progress.

Standing within the vast space of the basilica, I can’t feel Becket or Eleanor, but I see evidence of a medieval spirit of mischief they might have recognized. The soaring grey pillars are topped with carvings: a quartet of men representing the Four Winds, each manning his bellows; angels and demons (sometimes riding dragons); and my favourite, Adam and Eve plucking the fruit of the Tree of Knowledge.

On the summer solstice, such is the design of the basilica that the midsummer rays fall directly down the nave, lighting it up in a display of early theatre presumably intended as a display of heavenly glory. Today, it is more likely to call to mind the magic moment when, as “Le temps des cerises” goes, lovers have sunshine in their hearts—when summer has arrived, the cherries are ripe, and everything seems possible.