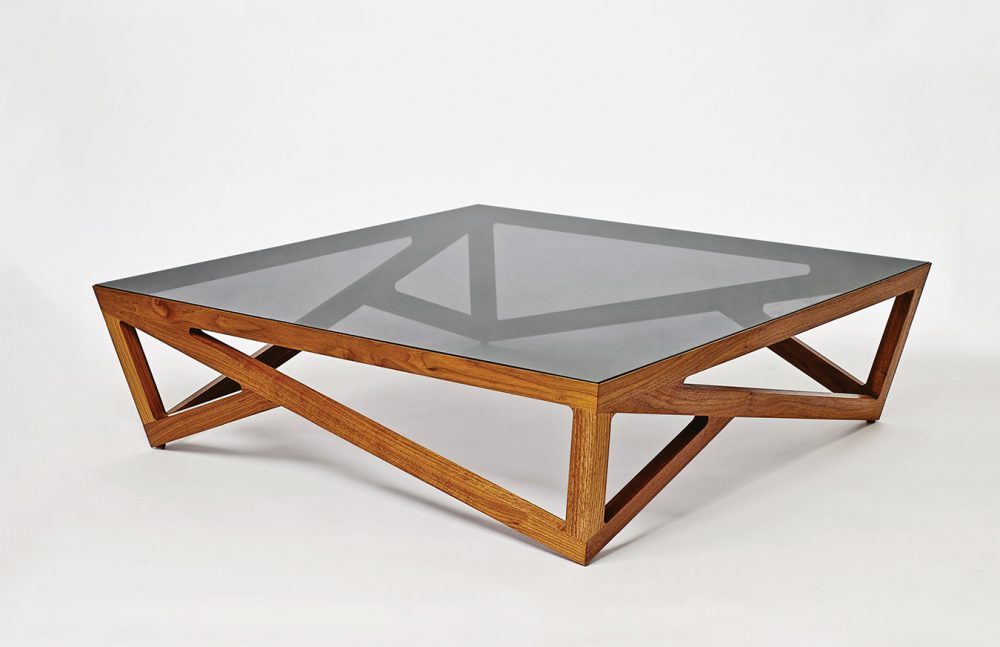 There is work, and then there is passion. This is perhaps the best way to understand Shane Pawluk and Jerad Mack. While others spend Monday to Friday watching the clock, the two principals of Edmonton’s IZM furniture studio spend it doing what they love: sawing, planing and sanding raw wood into something much, much more.

“In the beginning, we worked,” Pawluk reminisces with a smile. “Fourteen hours was regular.” That changed when the two realized one-off commissions were no way to get ahead in the furniture game. “How were we going to get branded by building other people’s ideas?” Pawluk asks rhetorically.

So the two decided to put their own imaginations to work. The result: a line of hand-crafted dressers, tables, chairs, entertainment units and other furniture that is striking for both its style and its utility. Now, Pawluk and Mack play by their own rules, building their own designs while establishing a creative reputation that spans the continent.

IZM describes its work as both modern and minimalist. It’s a shoe that fits. Each piece in the company’s catalogue is clean and simple, the urbane style stripped of artifice and needless detail. But if this is modern, it is miles away from the cold, mechanical aesthetic of the Bauhaus. Instead of the machine, IZM’s touchstone is their medium: finely toned (and responsibly harvested) North American hardwoods finished with deep, rich zero-VOC Danish oils that enhance the natural beauty of every plank. It’s hard not to assign a “terroir” to IZM’s confident designs. Elongated horizontal planes are a dominant feature of nearly every piece—an echo of the flat country and big skies of the duo’s native province. “We’re definitely influenced by where we were raised,” Pawluk says. “There are a lot of horizons.”

That influence can also be seen in IZM’s belief in the primacy of function over form. “We don’t like stuff that’s there for no reason,” Pawluk declares with the no-nonsense attitude of an oil sands roughneck. “People always ask, ‘What did you start with?’ ” Pawluk says. “Rather than starting with a concept, we start with, ‘Well, what do we need?’ ”

The approach seems to have paid off. In 2009, IZM’s audio visual cabinet, Visualizm, won kudos on both sides of the border, with Canadian Interiors and New York–based Interior Design magazine both tapping it for best-of-the-year honours. The awards quickly placed IZM’s pieces in boutiques from Toronto to San Francisco to Miami, while placing their designers at the top of the country’s list of promising new talents.

Part of that promise comes from IZM’s restlessness. Instead of simply replicating their award-winning designs on a massive scale, Pawluk and Mack seem dissatisfied, more interested in pushing their limits than getting comfortable with their success. “We’re pretty critical of our pieces,” Pawluk admits. “Some [pieces], we’ve had to build it five times before we’re happy with it.” Mack nods his head, agreeing with his colleague’s assessment. “We’re never completely happy with things,” he says. And that, of course, is exactly the reason why everyone else is.