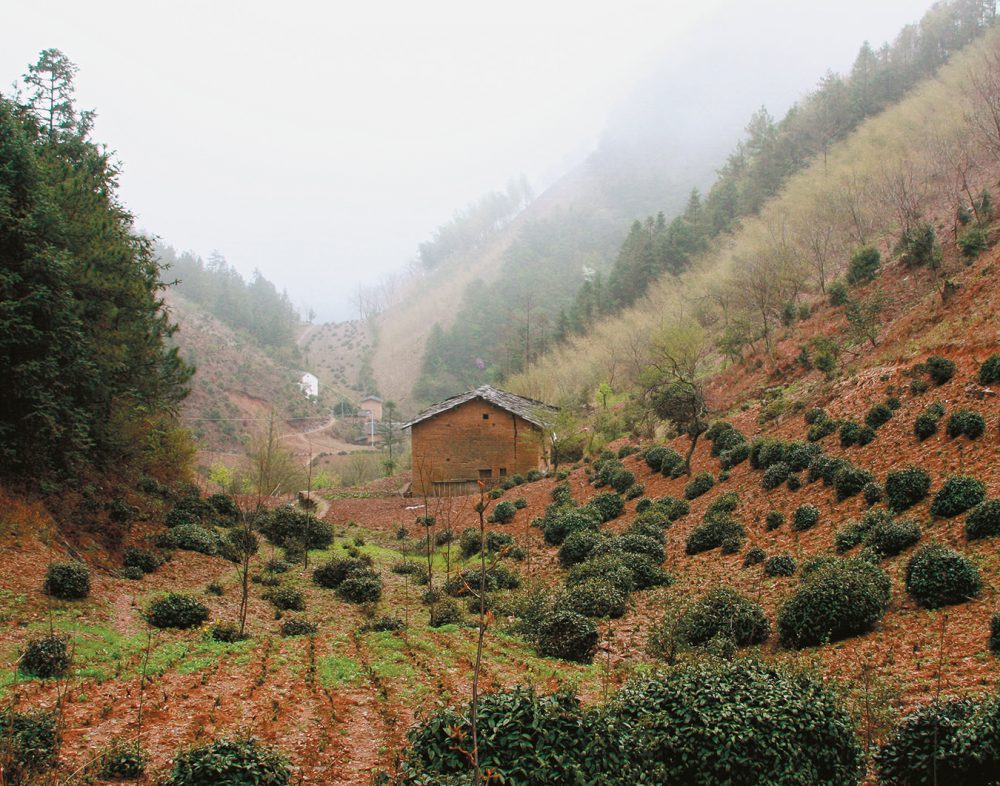 The home of tea makers Wen Xingzou and Zhan Zimei in Zhejiang, China.

On a recent trip to China’s Zhejian province, Pedro Villalón remembers struggling to keep up with Wen Xingzou, a wind-worn and toothless Chinese tea master in his 70s. Despite having 20 kilograms of tea blossoms in tow and a fondness for tobacco and rice wine, Wen had no difficulty navigating the hilly terrain. Wen and his wife, Zhan Zimei, have been gathering wild chrysanthemums and making tea from them by hand in these mountains for over 50 years, and Mexican-born Villalón was their first non-Chinese visitor.

In the past, the couple—and other tea makers like them—relied on local wholesalers and teahouses to purchase their harvest. Now, thanks to Villalón, their wildflowers are being enjoyed halfway around the world at an afternoon tea tasting in Vancouver.

Villalón is the entrepreneurial tea enthusiast behind Dao Tea, a British Columbian–based business that fuses his love for adventure and travel with his desire to support sustainable farming. Seeking out small organic tea producers in remote Chinese and South Korean villages, he brings their small-batch, craft-made brews to North American lips. “I like climbing and being outdoors,” he explains. “And when you’re outdoors in Asia, at some point you’re bound to encounter a tea farmer.”

While steeping the next round of tea, Villalón uses his laptop to pull up photos from his most recent trip to Wen and Zhan’s tiny but picturesque village. “Those are the flowers we’re drinking right now,” he says, pointing to images of him and Wen toting clear bags bursting with chrysanthemum blossoms. The making of Korean Sejak tea.

Wen and Zhan are two of six tea masters from China and South Korea chosen by Villalón for his online artisan tea shop. Behind each master is an intriguing story. Villalón first crossed paths with tea maker Yang Si while hiking Nannuo Mountain in Yunnan province, China. Yang’s initial lunch invitation turned into four meals and an overnight stay. In awe of the morning mist rising through the region’s centuries-old trees and the tea leaves they produce, Villalón bought his first 20 kilograms of green Pu’Er tea before heading on his way.

All of Dao Tea’s tea masters gather their crops by hand and rely on rudimentary production methods—sometimes as basic as wood-fuelled bonfires—and closely guarded family secrets to transform their leaves and flowers into the finished product. Variations in taste can be attributed to a number of factors, including the specific varietal, climate and terroir, when the leaves were harvested, how they were processed and the brewing technique used. When asked if he has noticed if his tea preferences have shifted over time, Villalón draws a parallel with wine. “You will never go only on wines from Bordeaux,” he says. “Every now and then, you’ll want something from the Loire, just depending on your mood.”

In Vancouver, Dao Tea is served in restaurants and at yoga studios, and is available in select shops such as the Vancouver Club, Meinhardt, and Greens Organic & Natural Market, as well as online. Since not every Dao Tea drinker has the benefit of a guided tasting, each eco-friendly package of loose-leaf tea includes information about the producer, when and where the tea was made and detailed brewing instructions. For the ultra-curious, the GPS coordinates of the tea master’s farm are available online.

When it comes to preparing and serving these teas, Villalón says there are two schools of thought. One approach involves a wide assortment of elaborate instruments and devices; the other encourages the use of hands to introduce the brewer’s qi—or energy—into the tea. “There are guidelines, but there are no rules,” Villalón says, carefully using his fingers to sprinkle a few grams of Korean Sejak tea into the bottom of a glass decanter.