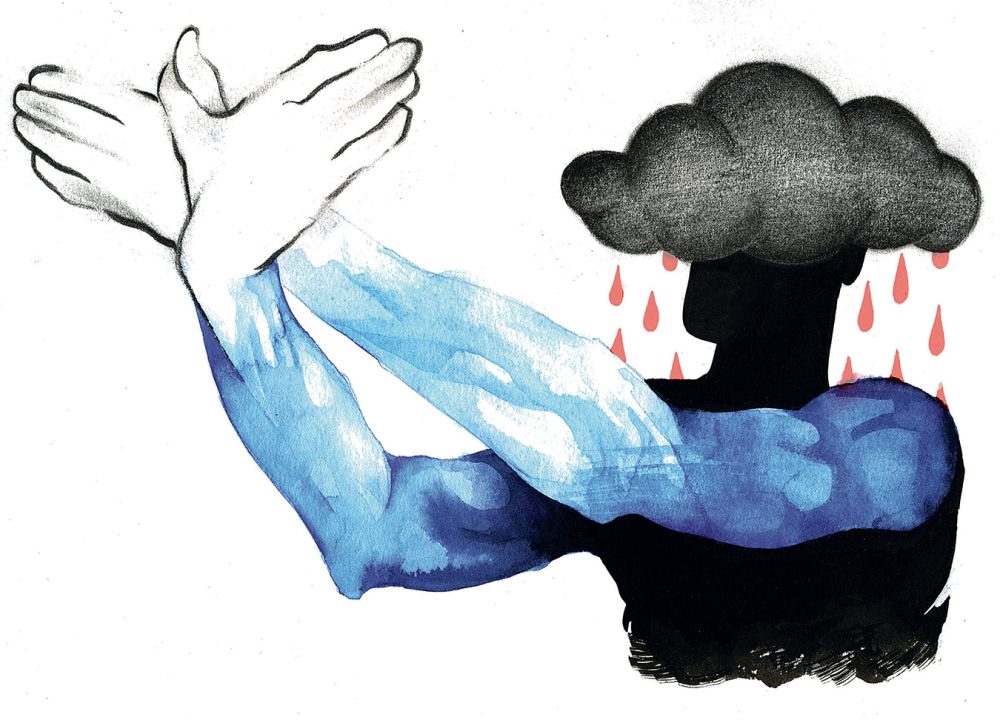 For a man who has devoted some 40 years to researching war and terrorism, Andrew Mack is remarkably blithe. He is the director of the Human Security Report Project (HSRP), an esteemed Simon Fraser University (SFU) think tank; his small team tracks the drivers of political violence around the world by collating and analyzing data on the number of wars that start and stop each year, and their death tolls. Mack takes his research too seriously to fit the label optimist. But he’s certainly not a pessimist either.

His face lights up as he recalls the origin of his quest. “I had just started working for the United Nations in the Secretary-General’s Executive Office as the director of Kofi Annan’s newly created Strategic Planning Unit,” he says. “I asked one of my colleagues, ‘How’s the UN doing in terms of its central mandate? Is the number of wars going up or going down? Are more or fewer people getting killed?’ ”

It was 2000, and although Mack was in the centre of the action—a place where an expert has a real chance to make a difference—not one of the exceptionally qualified people surrounding him knew the answer. The UN was beginning to collate data that would help them monitor their progress in health, education and other areas pertaining to the Millennium Development Goals, but nobody was collecting data on the number or deadliness of wars, which would indicate whether or not the UN’s security policies were being effective.

“It became very, very clear to me that many member states in the UN were not going to give the UN data on their security situation. They saw it as just too sensitive to share,” Mack says. “And if you are going to collect data on terrorism, you have to have a workable definition of what terrorism is. Otherwise, it is impossible to determine what data needs to be collected.” Getting agreement on whether or not there is a war being fought can even be difficult, he adds. “Some governments will deny they are at war—the reality is that they don’t want to legitimize rebel resistance.” Politics impede the quest for metrics.

In 2001, Mack left the UN to take a one-year visiting scholar post at Harvard, where he set out to determine if it were possible to create something similar to the UN’s Human Development Report—but instead of focusing on the global challenges of development, sustainability and equity, the new report would focus on armed conflict. “Essentially, the goal was to map trends in the incidence of political violence around the world—its causes and consequences, and what was being done to stop it.”

In 2002, when he heard about a new human security program at the University of British Columbia (UBC) that needed a director, but lacked funding, he didn’t hesitate to relocate. He had already secured funding from the U.K.’s Department for International Development and soon Mack was at the helm of a major research project at UBC. The first Human Security Report was published by Oxford University Press in 2005.

In 2007, the project moved to the new School for International Studies at SFU’s downtown campus, which offered a more closely aligned research agenda and further room for the HSRP to grow. But the Vancouver team didn’t work alone; Sweden’s Uppsala University has been a close collaborator from the beginning. Their Conflict Data Program has been counting reports of war deaths for some time—specifically in conflicts where a government is one of the warring parties—by running electronic searches on Factiva, a massive database that includes some 8,000 news sources. However, Uppsala wasn’t collecting data on conflicts that didn’t involve a government, or on “one-sided violence”—deadly assaults against civilians. Mack’s team commissioned them to collect data on these largely unknown sources of political violence, and today, the combined Uppsala dataset is the most advanced in the world.

In taking on this complex mapping task, Mack helped explode one of the most pervasive myths of the 21st century—that the world is becoming steadily more dangerous. In reality, the reverse is true. Mack points out that the data analyzed by the HSRP shows that the number of international wars has declined from an average of seven per year in the 1950s to less than one per year in the new millennium. Civil war numbers have also dropped in the past 20 years.

Getting the good news accepted, however, was challenging. “ ‘If it bleeds, it leads,’ ” Mack paraphrases. “That is one of the oldest imperatives in the news business. New wars get front-page coverage, but when they quietly end, they are lucky get a few lines at the back of The New York Times—most get no coverage at all. This creates a false impression that things are getting worse.”

Understandably, the Project’s message was met with considerable skepticism at first. But thanks to his stint as a BBC World Service journalist, Mack knew how to translate unsexy and abstruse quantitative trend statistics into meaningful, positive messages that would engage the attention of journalists and busy policy makers. It has now been a decade since the HSRP was conceived, and demand for the research produced by the SFU team has steadily grown. The first Human Security Report received media coverage in more than 60 countries and 29 languages, and the findings in it and subsequent editions have been cited in more than 170 scholarly journals. It is also frequently referenced by policy makers at the UN, international development and humanitarian agencies, national governments and NGOs.

Andrew Mack may say he’s not an optimist, but the HSRP’s findings on global security are encouraging. “We’ve seen a huge decline in political violence around the world since the end of the Cold War” he says. The most recent Human Security Report, published this September, demonstrates that much of this decline has been driven by the efforts of the international community, spearheaded by the UN. “If you’re constantly trying to do something and you think you keep failing, isn’t it a better thing if, one day, you find out you are actually making a difference? Yeah, I think so.”