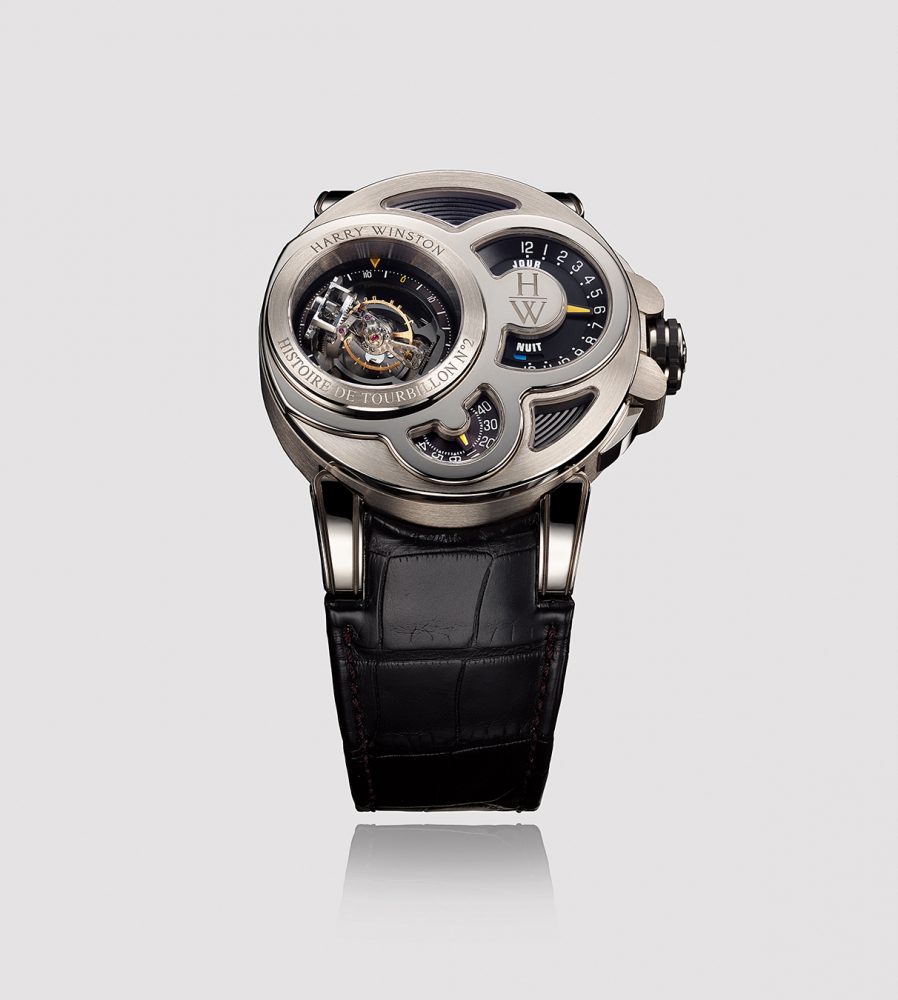 The word tourbillon translates as “whirlwind” in English. The escapement, which keeps time, is the basic element of a watch and the tourbillon acts as a compensation for gravity when the watch is moved, thus at least in theory increasing the accuracy of the watch.

However much science you indulge in, the fact is a tourbillon is also a sure indicator of quality artisanal work. As such, it is on prominent display on the watch face of most devices featuring one; there for all the world to see.

A flying tourbillon is a cantilevered affair, resting on one point. And now, with the release of Histoire de Tourbillon 2, Harry Winston has taken the whole thing to a new level. The watch, of which only 20 have been made, is mesmerizing to see. The twirling mechanism does indeed appear to “float” in mid-air.