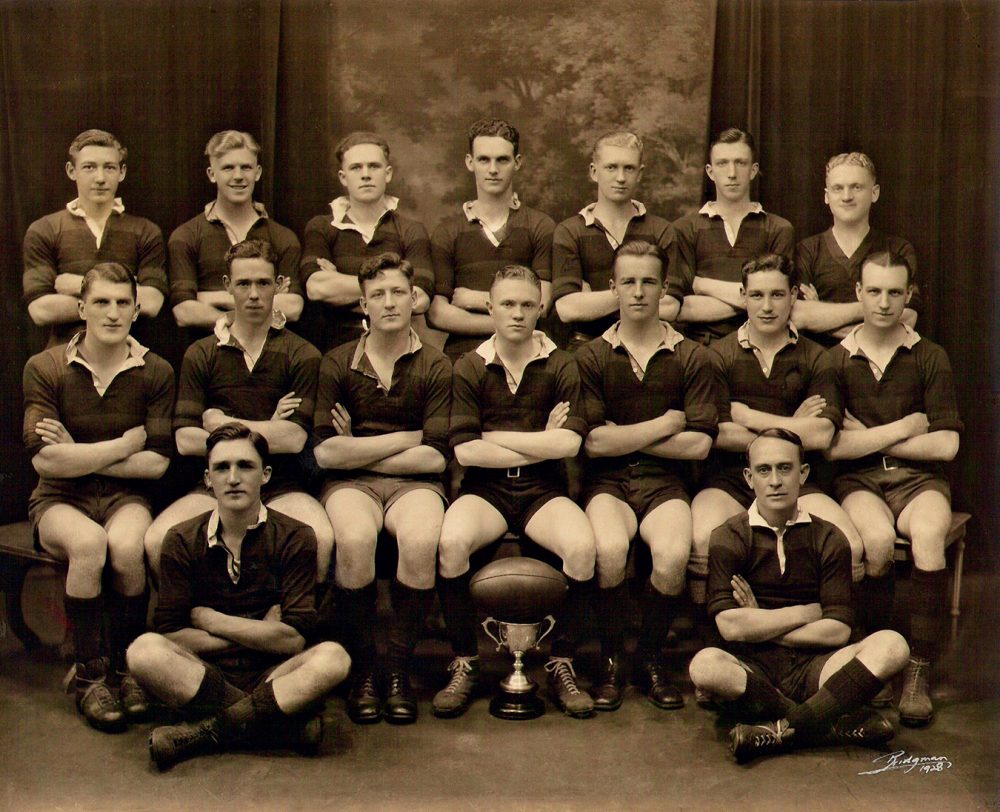 In 1923, Kitsilano beach was the go-to gathering place for a dozen competitive male swimmers who whiled away countless summer hours along its shores. The young athletes dubbed themselves the Mermaids, but soon found that a name change was needed in formal competition to clarify that they weren’t a women-only team. Thus the Meraloma Club was born, a name cobbled together from the group’s original moniker and the Greek letters alpha and omega to denote “Mermaids, first, last and always.”

Nearly 90 years of Meraloma Club history is interwoven with that of Vancouver. Firmly entrenched in the roots of Kitsilano’s social fabric, the club survived the bleak years of the Great Depression and the Second World War, along with the vicissitudes of political and economic change. Since 1945, the venerable Connaught Park field house has served as the Meralomas’ social hub. Extensive restoration and renovation undertaken by club members in the mid-seventies led to its designation as an award-winning heritage building in 1981. Its walls and display cases are lined with countless team photographs, trophies and plaques, an archival testament to the club’s legacy of success.

The Meraloma roster of competitive sports quickly diversified, fluctuating over the decades to meet the needs of its membership. Today, Meralomas participate in cricket, soccer, field hockey, fast pitch and basketball in addition to rugby, the club’s elemental sport. “We have about 700 active members, both male and female, ranging in age from five to 75,” says club president Drew Sagar. “We’re essentially the only athletic club in Canada that offers such a broad range of sports from cradle to grave, so to speak.” Yet true Meraloma spirit surpasses a member’s performance on the field, as exemplified by Sagar himself. A former rugby, cricket and soccer player for the Meralomas, he considers it an honour to give back to the sports, the club and the community that nurtured him during his years as a competitive athlete. “We’re a collection of unique individuals who have become a family, and there’s a huge network of club members who put in a tremendous amount of time volunteering so that young athletes can have the same opportunities we did.”

Sagar’s vision of the club’s development over the next five to 10 years? He acknowledges that there are challenges ahead due in part to much-needed upgrades of Connaught Park’s fields, which may leave the surrounding green space closed for up to two years. Sagar has been closely involved with the city’s park board over the 18 months that it has taken for this project to come to fruition, and if all goes well, fastpitch and cricket may return to the fields as early as next summer. The rugby and soccer pitches, which take a heavier beating, may require an additional year before they reopen, allowing the grass roots to be fully established before use.

Sagar sees the short-term sacrifice as a long-term investment in the Meralomas’ future. “We think we’ve got something pretty special, pretty valuable to the community,” he says emphatically. He hopes that the Meraloma Club’s sporting tradition will carry on for another nine decades, fuelled by the dedication and continued involvement of its members. In the words of the club motto: “Once a Meraloma, always a Meraloma.”