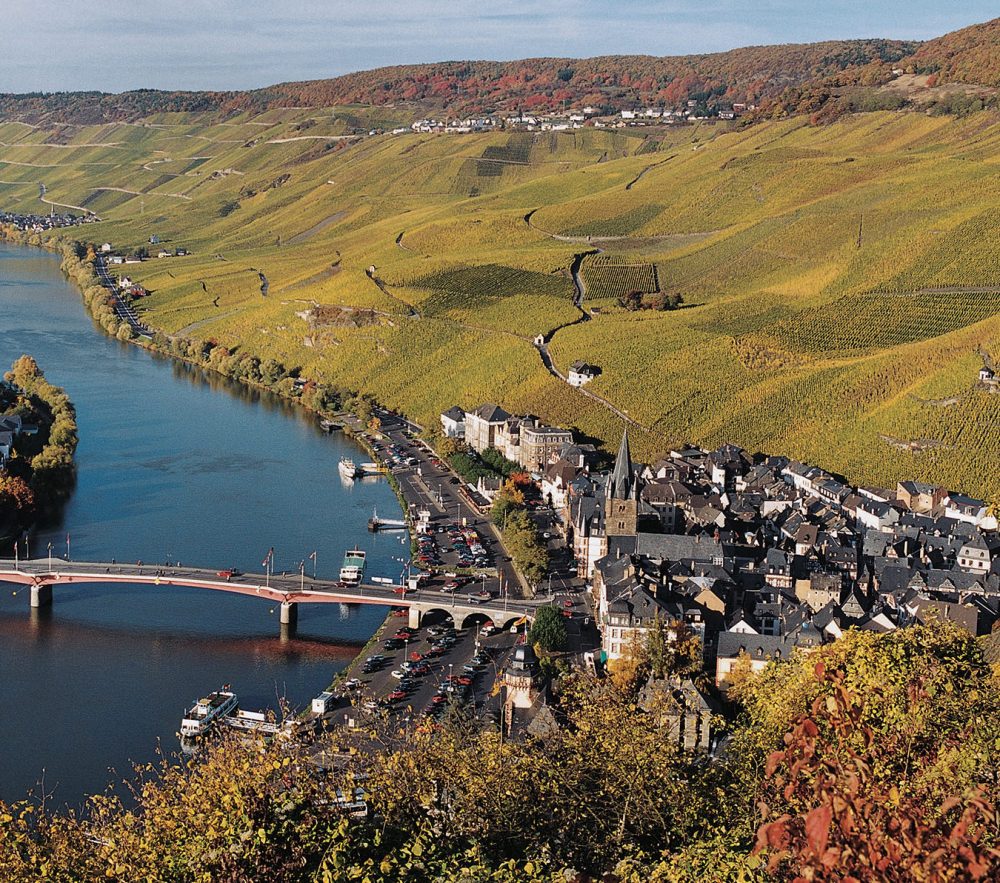 When Ernie Loosen speaks about riesling, everyone should listen. The iconoclastic German wine producer is exactly what the doctor ordered to put a wine region—or in Loosen’s case, to re-establish a grape—on the world wine stage and make everyone believers. Riesling is Loosen’s cause, and lucky for him the Mosel Valley is his home.

Loosen was born to be in the business, even if he didn’t know it, growing up on the Dr. Loosen estate along the steep-sided, twisting Mosel River—a property that has been in the family for over 200 years. His early adventures among the Roman ruins about the vineyards inspired him to study archeology before finally coming home to run the business in the mid-1980s.

After a stint at Geisenheim to study the basics of winemaking, the young German did an extended world tour to study the culture of wine in Austria, Burgundy, Alsace and California. What Loosen learned on that tour was that not all traditions need be followed to the letter, and that if that was mixed with the right amount of modern winemaking and thinking, he could be successful. In fact, it was the perfect recipe for the struggling international identity of Mosel riesling and ultimately the Dr. Loosen estate.

Loosen is clear about what makes his wine special. In a cool climate, his steep-facing slopes pitch south into the low-lying northern sun—and then there is the Mosel River protecting the same slopes from early and late frosts. Mineral-rich stony soils add another level of complexity as the vines send roots deep for stability and water. Finally, having avoided the microscopic phylloxera bugs that destroyed most of Europe’s vines in the mid to late 1800s, the Dr. Loosen vineyards boast an average age of somewhere between 70 and 120 years old. Old, balanced vines equal great wines. During a recent stop in Vancouver, Loosen presented half a dozen stellar labels from the 2009 harvest, a great year on the Mosel that compares favourably with the magnificent 2007s. The good news in Vancouver is that many of the Dr. Loosen wines are finally being sold in government stores and at prices that make sense. If you are entertaining thoughts of jumping on the riesling train, here are three delicious bottles at $26 each that could start you on the right track. But be forewarned: these wines will only appeal if you are attracted to dazzling, electric white wine.

If you do, you will love the nervous energy of the Erdener Treppchen Kabinett 2009. The tension between the acidity and the sugar is magic. If you never buy riesling, this is the wine that could alter your personal wine culture with one sip. Citrus, lime, melon, honeysuckle, red apple and wet stone minerality pour out of the glass. Your favourite spicy Thai dish will never be the same.

At Dr. Loosen, they say the Erdener Treppchen wines are like powerful, hard bodied rock climbers, whereas the Wehlener Sonnenuhr site produces graceful ballet dancer–like wines. I couldn’t agree more after tasting the Wehlener Sonnenhur Kabinett 2009. It just pops out of the glass with sensational freshness, ripeness and acidity.

Finally, the Ürziger Würzgarten Kabinett 2009. The spice garden or Würzgarten is an amazing site covered in 200 to 300 metres of deep red volcanic soil. The riesling from here is slightly heavier in stature, producing a rich, nervy attack, full of big fruit flavours with spicy, herbal, cardamom Christmas cake notes.

Let’s see—bony, delicate and rich—those are three very different characteristics to describe one grape. Is it really any wonder that Ernie Loosen chose to leave archeology?