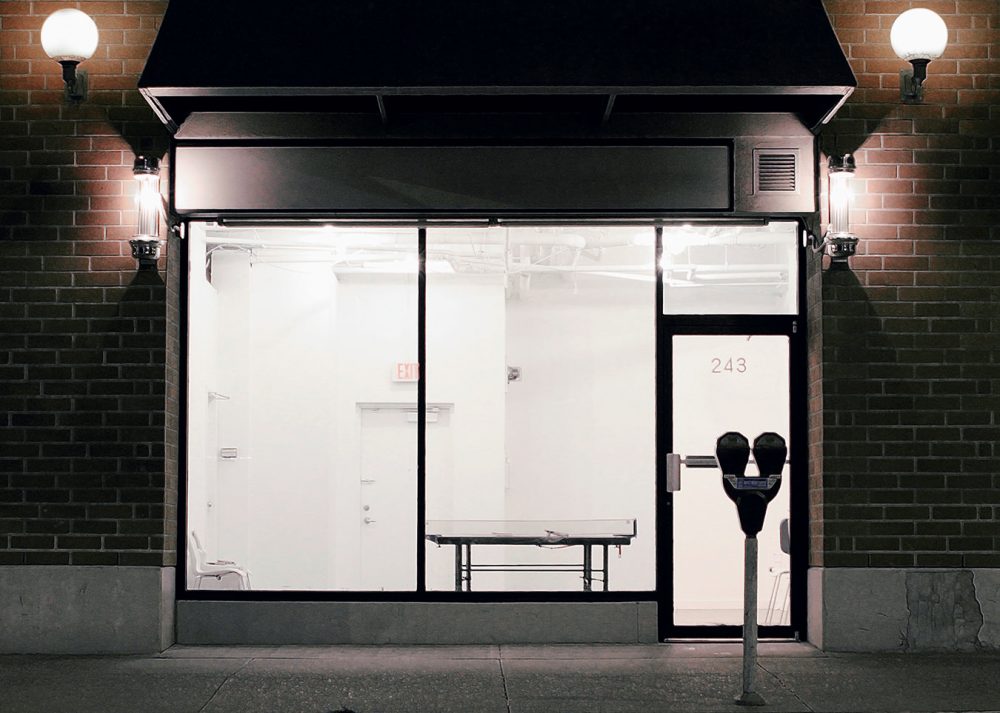 Regular Adanac Bikeway commuters should have noticed some changes of late along the 200 block of Union Street. Empty storefronts are slowly but surely filling up. One remains relatively bare, but intentionally so, and it’s getting people to stop and think about how it should be used. It’s called This Space, and it is asking the community to vote on fundamental elements for a new business—everything from the company name to interior design to potentially whom they should hire.

It’s a curious, choose-your-own-adventure business plan for the 600-square-foot space, conceived by partner entrepreneurs Michael Leung and Josh Michnik. Leung says, “After I bought this space in April, we’d gotten together and Josh said, ‘Why don’t you just get the community to vote and decide?’ ”

Their first online poll was launched in mid-September and simply asked, “What Type of Business?” It was decided, with 46 per cent of the votes, that This Space will offer a local service, only narrowly edging out the option of a restaurant. A second poll asked voters to choose from some of the more frequently suggested business ideas that came up as comments during the first poll. With 49 per cent of the votes, a local foods grocer was chosen over a bread shop or mixed-use space.

Leung and Michnik intend for the grocery store to include a healthy meals eatery, focused on salads, healthy snacks and juices, with grocery items and menus varying seasonally and drawing on local producers who follow organic and sustainable practices. It is a part of their belief that “small businesses that are in touch with their communities are able to be more responsive, and will then care more about that community,” Leung says. Already they plan to use a portion of their profits to support appropriate community services that benefit their immediate neighbours; they share their building with one of Strathcona/Chinatown’s many social housing residences, Solheim Place.

But in order to accomplish that, the business, which aims to open its doors by February 2012, first has to prove successful. “We can’t be all things to all people because we’re such a small space,” Leung admits, “but we’re opening it up out there. At the end of day we have to sell quality goods in here for it to work, no matter what.”