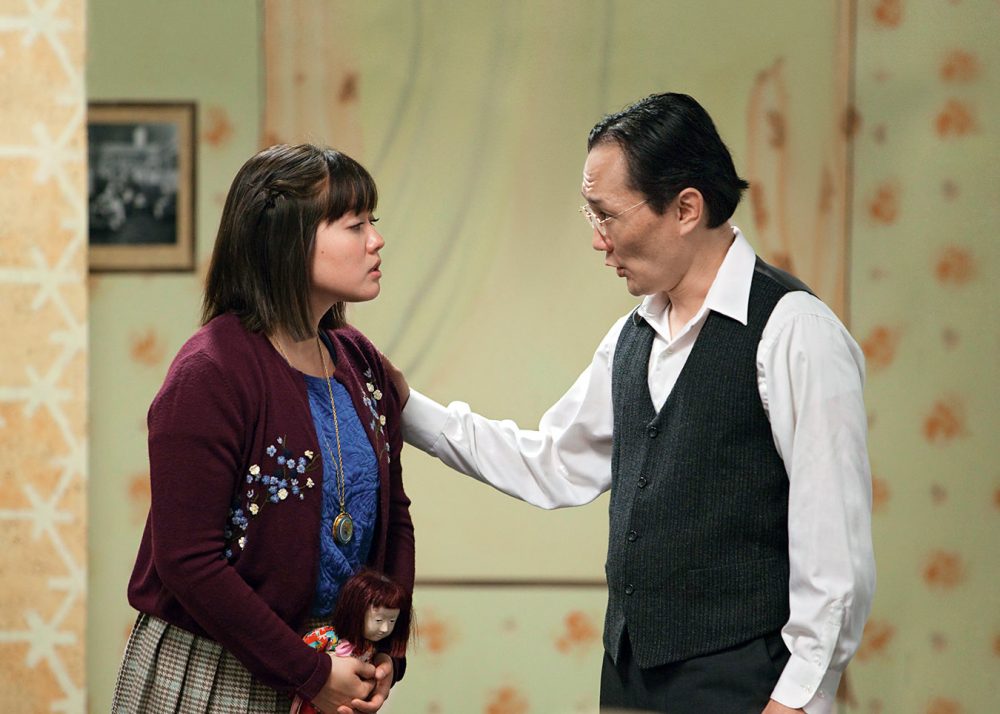 From the Powell Street markets to the shacks of Slocan City, Naomi’s Road tells the story of nine-year-old Naomi, her Japanese-Canadian family, and their journey from their home in Vancouver to an internment camp during the Second World War.

Joy Kogawa—born in Vancouver but transported to a camp in B.C.’s Interior when she was only six years old—is one of Canada’s most celebrated writers. The lyrical prose of her children’s book was an apt choice for an opera adaptation by Vancouver Opera in Schools (VOIS). For over 40 years, the VOIS program has introduced more than 1.5 million children to opera. With moving arias and powerful recitatives, opera resonates with a young audience who may never have been introduced to the medium before. Many of the phrases and folk melodies were familiar to Joy Kogawa.

The remount of Naomi’s Road is timely (it originally toured in 2005/2006 and now runs September to November 2012, and April to May 2013). This year marks the 70th anniversary of the internment of Japanese Canadians.

At just 45 minutes long, and with only four singers, piano accompaniment, and a gym floor, this is opera pared down, but purposely so. The simplicity allows the ensemble to tour—the set consists of folding screens and multi-purposed props that can be easily transported—and engages children without overwhelming them. The story is the focus, and a study guide provided by VOIS ensures that young students are primed for the performance beforehand.

Throughout the opera, obasan, Naomi’s aunt, repeats kodomo no tame (“for the sake of the children”). She speaks in riddles to Naomi and her brother, Stephen, to avoid their questions, but realizes that ignorance will not protect them. The themes of Naomi’s Road—bullying, racism, indifference, and the ability for human compassion to overcome them—may be difficult messages for young children, but for their sake, should still be sung.