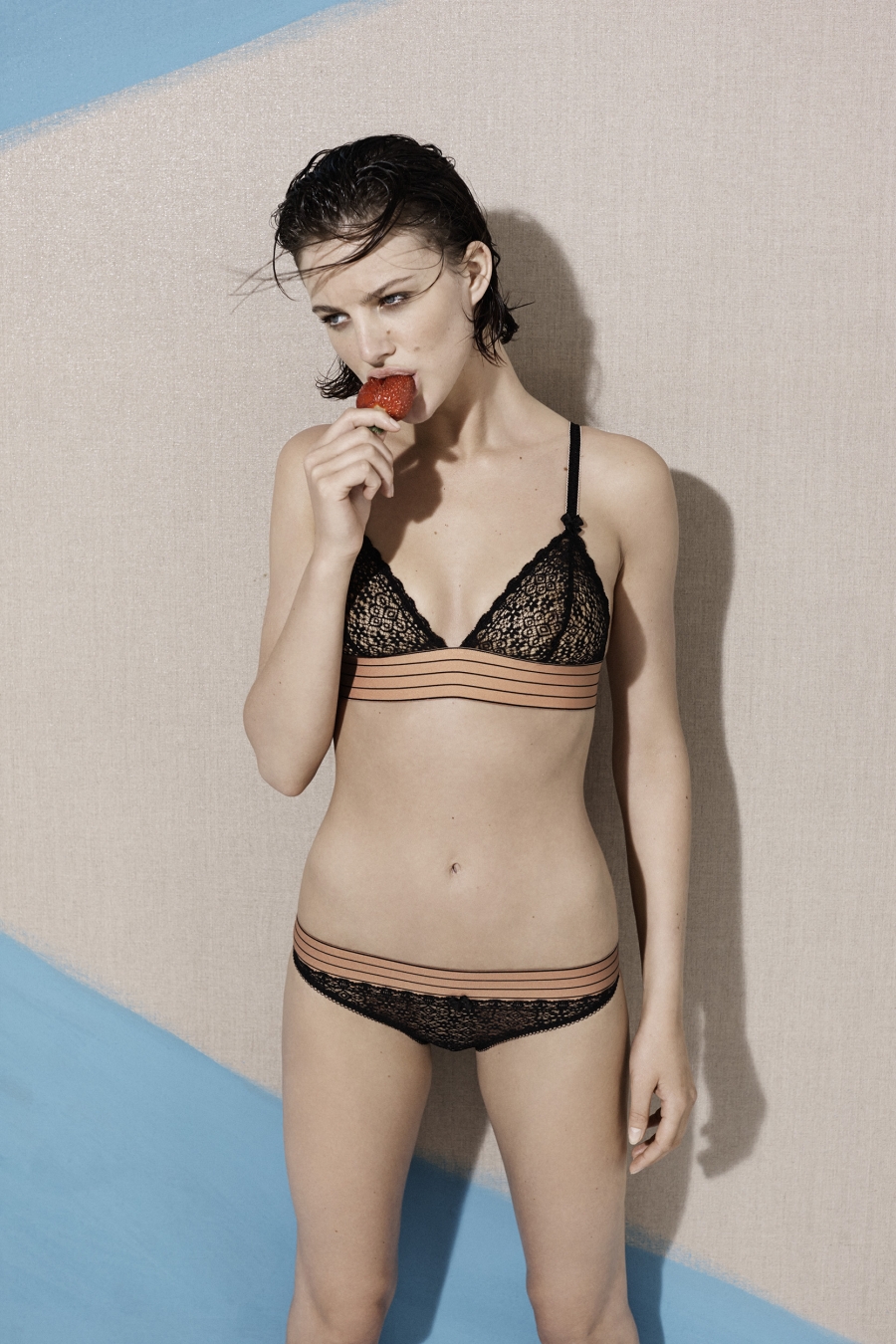 Lingerie has a racy reputation. Brassieres, corsetry, and hosiery have been tied to the art of seduction for centuries. And while these garments undoubtedly play an important role in the practice of dressing to undress, they have also long been a woman’s private luxury.

Still, for garments so storied, and so fantasized about, lingerie is often misunderstood. Not necessarily by men—great admirers though they may be—but by the women who don these items every day. They are indeed items of private luxury, but they’re also an important foundation for a woman’s wardrobe and figure.

At Diane’s Lingerie boutique in Vancouver, the team knows the power of the exquisite, and racks are delicately hung with the crème de la crème of lingerie. The store was opened by Diane Thomson in 1983, and has stood firm at its bustling location for 30 years. Current president Sharon Hayles bought the business when Thomson retired in 2012.

Here, customers are encouraged to let go of the mindset that lingerie is something to splurge on for special occasions. These are pieces as integral to the wardrobe as a crisp white shirt and little black dress, and an array of playful styles in a rainbow of colours tempt even the most frugal of shoppers. But before picking up a bevy of bras, remember that details—sumptuous fabrics, lace appliqués, elegant straps—are moot if a bra isn’t sized correctly. Fit is paramount.

Myths about bra fitting abound. “If a cup size doesn’t fit, generally what a woman does is go up to a bigger band size, rather than increase the cup size,” says Diane’s store director Lynda Barr. “I would say that the majority of women who come in wearing the wrong size have either one or two band sizes too large. Women don’t think of the band having the importance that it does, and this is a mistake. Eighty per cent of support comes from the band. You need a snug fit. The most important thing in an underwire bra is to ensure that the wire is behind the breast tissue at the side.” This offers the most comfort and support.

There are also two schools of thought on the clasps. “If you fit a bra in the middle, you have two positions to adjust the bra to on either side, which is helpful if you’re retaining fluid,” Barr explains. “At Diane’s, we fit on the loosest hook, so that when the band expands over time, you have two smaller positions for added longevity.”

For those unsure of fit, Diane’s employs a team of 12, including seven trained fitters, to assist and offer consultative services. After discussing a client’s needs—style, colour, size—a fitter will bring out tailored options. The perks? One-on-one expertise, efficiency, and unexpected finds, not to mention the uplifing benefits of wearing the right size.

It is important for women to build their lingerie wardrobes. According to Barr, ideally you should have at least five bras (whether of the same or different types) that you rotate through. “Don’t wear a bra more than two days in a row,” she cautions. “Then launder it, and rotate it with another; the more you rotate through your bras, the better. If you wear one day after day, it expands, whereas if you wear it, then give it a rest, you let it regroup.” You can get up to a year’s wear out of a bra with a good rotation. “You need a seamless to wear under T-shirts and sweaters, a strapless bra for summer dresses and evening wear, a sexy bra, an active-wear bra, and for some people, if they’re bigger in the chest, a seamed bra, as it gives a little bit more of a defined shape.” There are some styles to be shown off—bras with detailed straps worn under sheer, silky shirts—and styles to please oneself, still lovely to behold, but comfortable, practical. Diane’s carries brands suited for both.

The recently acquired Stella McCartney collection is playful and feminine: staple balconette bras with whimsical names like Giselle Charming and Ellie Leaping offer support and comfort but don’t skimp on sex appeal. The beautiful French line Empreinte features remarkably intricate details. Other favourites—La Perla, Chantelle, Marie Jo—are available as well. Special styles and services include nursing and mastectomy bras; the team is on hand to guide, educate, and advise on wear, tear, and care, to help every woman feel her best.

The right bra is, quite simply, a ticket to self-confidence and a beautiful figure, whatever your size and shape, and an intimate treat that has benefits far beyond just being the supporting player. Dressing from the inside out is an art and an act of self-indulgence, in all the right ways.