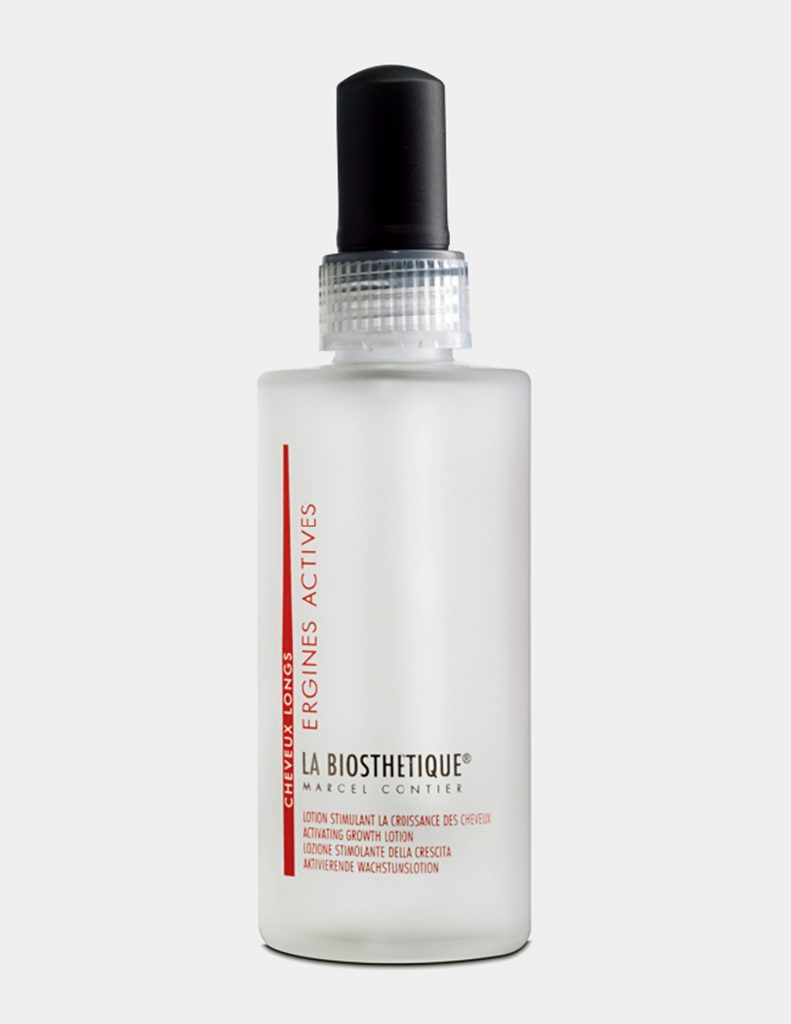 While it typically takes an average of three years for the hair to grow from its parting to the shoulders, La Biosthétique has found a way of getting ahead. From the brand’s Cheveux Longs line, which includes specially formulated products that stimulate cell activity, comes the Intensive Activating Lotion, a hair serum that increases the speed of hair growth by up to 32 per cent. The mermaidian potion utilizes a mix of glycogen, creatine, and trace elements from coral and biotin to increase cell division rate by 98 per cent. Scientific facts aside, salon rumour has it that an in-house test resulted in a four inch growth within one month. Available at Black 2 Blond Salon and Spa.