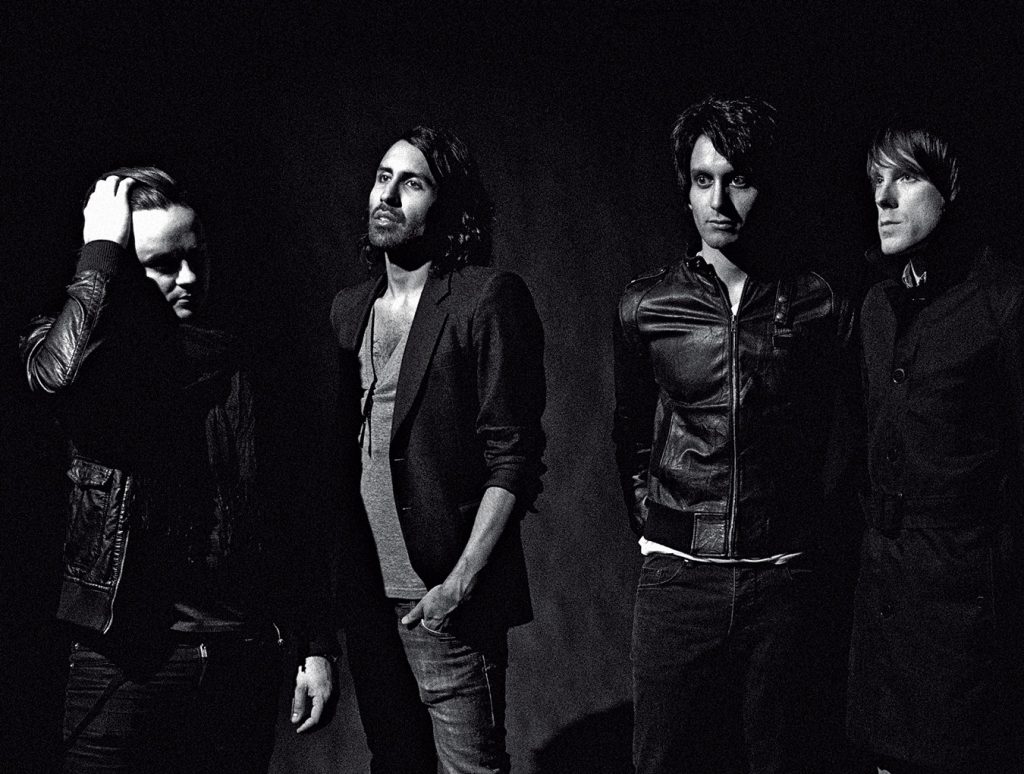 What do a Polish tenor, a Pope assassination attempt and the Ronettes all have in common? The answer, as it turns out, is an Elizabeth album. The four members of the Vancouver indie rock band love an obscure historical reference.

“In ‘Ten Bells of White Chapel’ I dropped the name Jean de Reszke, an opera singer from 1888,” bassist Rory O’Sullivan, grins as he recalls the song lyrics. The up-tempo song (think a combination of New Order and the Strokes) off their forthcoming third album tells the story of Jack the Ripper. “John Lennon said that he learned it from Bob Dylan. You just throw in a name and it makes you sound smart. It’s genius.” The rest of the band laughs in agreement. Sitting in an East Vancouver apartment with the pink neon haze of the Biltmore glowing through the windows, Elizabeth is considering lyrics and influences during a break from recording.

There’s real wit and intelligence behind Elizabeth’s lyrics, of course. It’s the charming self-deprecation that the band members possess which makes it easy to see the comparisons press have drawn with British bands. Much like their writing influences—the Smiths, the Clash, David Bowie—humour and history goes into each song. “We don’t write ‘Oh baby baby, I miss you baby’,” says lead guitarist Davor Katinic. “We write stuff where you have to have read this or that book, or seen this or that movie to know what we’re talking about.” Past albums have discussed postmodern art movements and European wars alongside an ode to a character from Rebel Without a Cause.

They are recording their next album in Vancouver’s oldest brick building, with its own storied history. Tucked away in a Gastown alley, Bryan Adams’ recording studio, the Warehouse, is marked only by “WS” in big block letters above an aluminum garage door. When it opens, you drive into a courtyard surrounded by brick walls and pull up to a lush green piece of grass. This is where artists like AC/DC, Muse, and the Cribs stepped out for a smoke break between takes.

Elizabeth came out swinging with their debut album First Excommunications in 2007. Made up of fraternal twin brothers (front man Reggie Gill and drummer Paul Gill), guitarist Katinic, and bassist O’Sullivan, they have at times been known for their leather jackets and stylish haircuts. But they have also opened for the Arctic Monkeys, Franz Ferdinand, and the Libertines, to name a few, and toured with Hot Hot Heat, garnering press attention from NME. They released a second album, Hazards, Horrors and Liabilities, in 2010 and opened for such bands as British Sea Power, the Raveonettes and the Cribs. After over a decade of playing music together, the third album (yet to be titled, out in spring 2014) has been an exercise of self-editing.

“I like to simplify things now, toss records out and go with what I like,” Reggie Gill explains. “Dudes and guitars. It’s still the best recipe.” Their new songs pull from 50s and 60s rock and do-wop girl groups, all through the lens of 70s punk. “It’s better written songs, more concise, less wanking,” O’Sullivan chimes in. “It came down to what’s the catchiest song.” He, along with Reggie Gill and Katinic, wrote songs for the album and they all take the lead singing their own songs.

The iconic Neve console that their producer Eric Mosher (a long-time Warehouse sound engineer) uses to record each track on the new album is one of three commissioned by producer George Martin—another apt part of the scene. Influences such as Oasis, Joy Division, the Ramones, the Cure and the Kinks are audible in Elizabeth tunes, but one British band in particular grounds all of them. All four members of Elizabeth credit the Beatles as their number one influence. That takes shape in this new album through lyrics, song length and melodies. “No band ever evolved so quickly while remaining entirely themselves,” Katinic says.

So while they may not be able to agree on whether John or Paul is the better Beatle, the guys from Elizabeth all want to give people something new (and old) to think about with their music. And that often starts with a reference. “Sometimes I’ll be listening to a song that I’ve been hearing for like 20 years and I’ll be like, oh shit, that’s what that line is talking about,” says Katinic. “I’ve heard that song 50 times a year for a decade and I’m just getting it now. That’s awesome.”