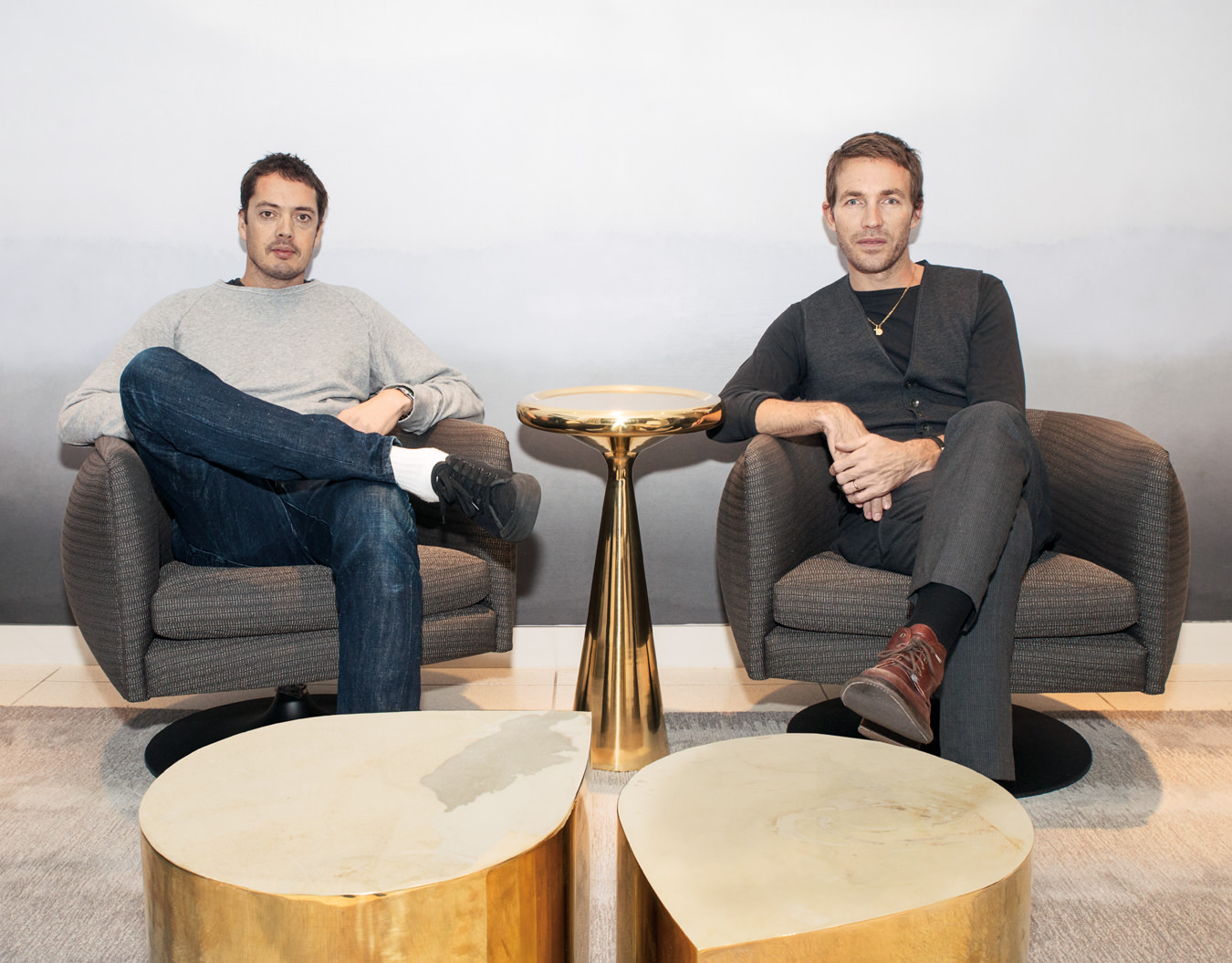 If there is a fashion design equivalent to writer’s block, Marcus Wainwright doesn’t suffer from it. A lack of stimulus isn’t the issue for the co-founder of New York’s Rag & Bone—it’s figuring out which of the countless creative paths to take.

“Writer’s block is not the problem—what you write is the problem,” says Wainwright, who created Rag & Bone with business partner David Neville in 2002. “In New York it’s particularly easy, in some ways: there’s so much information coming at you that it is generally pretty inspiring. What’s become much harder is figuring out what to be inspired by.” Furthermore, he argues, while the Internet offers a vast array of images, words, thoughts at our fingertips, we have to sift through a lot of junk to find the good stuff. “It’s very frustrating,” Wainwright says. After all, it’s easy to get your feet stuck when wading through the mud.

Digital is the future, undeniably so, but with it comes a new set of rules. As Wainwright and Neville lounge on chairs and fluffy pillows at the newly opened Nordstrom in Vancouver, Wainwright references a speech delivered by then-Lanvin creative director Alber Elbaz. When accepting his Superstar award at Fashion Group International’s Night of Stars Gala in October, Elbaz, who announced his departure from the iconic French label six days later, presented some realistic, if inconvenient, truths. “We designers, we started as couturiers, with dreams, with intuition, with feelings, with thought,” Elbaz said. “Then we became creative directors so we have to create, but mostly direct. And now we have to become image makers, creating a buzz, making sure that it looks good in the pictures. The screen has to scream, baby—that’s the rule.”

As with most situations, perhaps the best approach is to aim for equilibrium. The art is important—always will be—but it has to be paired with a healthy dose of actuality, an understanding of what will sell. It’s a line that Neville and Wainwright have been toeing since day one, and it has been vital to their success. “David and I are the art and the commerce, and that’s the balance. It is difficult—it’s particularly difficult as you get bigger,” explains Wainwright. “The amount of pressure to grow, and the amount of pressure to be artistic—the pressure on the art and on the commerce becomes greater and greater and greater, so the balance is harder to strike. But if you don’t strike the balance—some sort of balance—either one is going to put you out of business.” After all, he continues, “you’ve got to survive; you’ve got to pay for the art.” Neville agrees, adds: “Ultimately, the customer buying something from Rag & Bone is what makes us successful.”

Neville and Wainwright met at boarding school in England and started Rag & Bone simply, with the desire to create a fantastic pair of dark men’s jeans. It grew out from there over time, with a womenswear launch in 2005 and shoes in 2009, and a prestigious Menswear Designer of the Year award from the Council of Fashion Designers of America in 2010. They have famous friends and fans—“Anna was just here, wasn’t she?” one of them asks casually, referencing a recent Nordstrom Vancouver visit from iconic American Vogue editor-in-chief Anna Wintour, because to them she’s just “Anna”—the result of a forward-thinking approach to clothing that mixes American workwear and British tailoring. It’s an aesthetic often described by observers as “downtown New York”—funny that it’s created by two Brits, but maybe the outsider’s perspective is what gives them their edge. The Vancouver rain reminds them of England, unsurprisingly, and they believe their brand translates perfectly to the temperate Pacific Northwest, but it’s the severity of New York that they love. “That’s the best thing about New York: it’s so extreme, the four seasons,” says Neville.

There is a William Butler Yeats poem, “The Circus Animals’ Desertion”, in which the speaker essentially suffers from writer’s block, describing his inability to discover a new poetic theme. He is no longer inspired by the stories, people, and places that held his imagination before, and begins to realize that he has to start over: Now that my ladder’s gone, / I must lie down where all the ladders start / In the foul rag and bone shop of the heart.