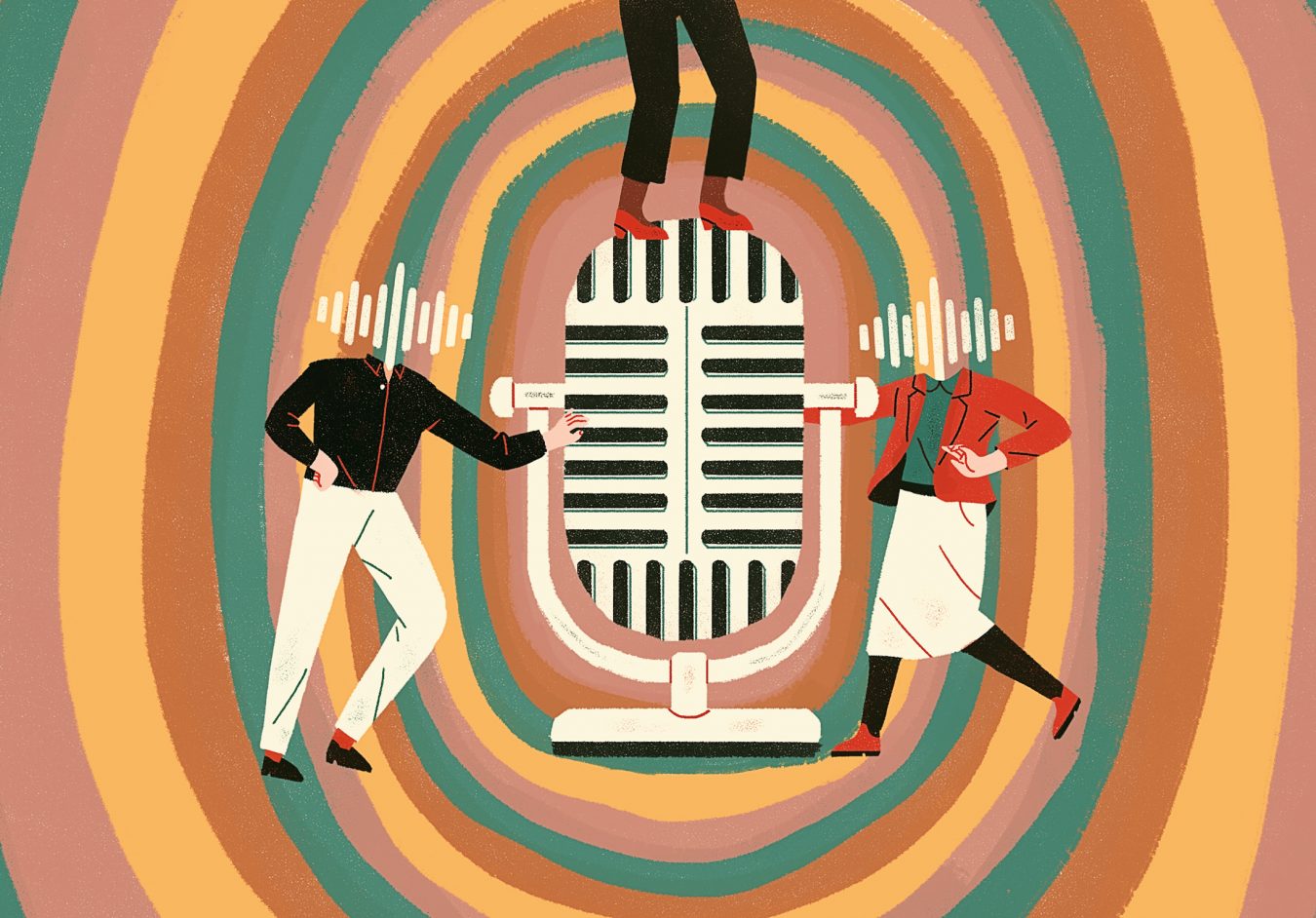 One recent Christmas, Vancouver comedian Charlie Demers was gifted a microphone to record auditions on his iPhone, and he thought, “Hey, why not make a podcast?”

“The barriers to entry for podcasting are so low that the origin story of our show is hilariously underwhelming,” Demers says with a laugh. “It literally was: ‘Well, I’ve got this microphone, I can make things on my phone that sound pretty decent, so…’”

Demers got together with his long-time friend, writer Derrick O’Keefe, and the leftist books podcast Well Reds was born, artfully merging humour, politics, and literary culture. If side-splitting impressions of CBC commentator Chantal Hebert, endearing parenting stories, and thoughtful takes on hot-button issues—plus insightful discussion about titles including Eden Robinson’s Son of a Trickster—are your bag, you’re definitely going to want to tune in.

Well Reds, now just hosted by Demers, epitomizes the most exciting element of the city’s podcast scene: the union of hyper-local content and world-class talent. “One of the great things about Vancouver and podcasting is it’s one of the few media where Vancouver is not marginal at all,” Demers says. “In fact, it’s been a real hub, and actually a cultural innovator of the form, right from the very beginning.”

Demers credits this to shows like Stop Podcasting Yourself, hosted by Graham Clark and Dave Shumka, which launched a decade ago—well before the likes of Serial made podcasting mainstream—and recently celebrated its 500th episode. “Those guys were pioneers of what’s now the standard form of the unscripted, conversational comedy podcast,” Demers explains, adding that the program has done much to boost the local comedy scene. “If we were American comedians, we could go on the Colbert show, or Jimmy Fallon, and become known,” he continues. “But we don’t have that kind of star system really in English Canada, let alone Vancouver. Stop Podcasting Yourself has been this massive platform for Vancouver comedians.”

Vancouver is home to a number of niche podcasts that are making waves. Fashion Hags, a deliciously addictive style show hosted by Abby Shumka, Evan Ducharme, and Katie Garnham, was recently included in the BBC’s list of “25 culture podcasts that will blow your mind.” And the ever-charming Can’t Lit has been praised by The Toronto Star in a roundup of the 10 best book podcasts for its “wandering, wine-fuelled chats with fun and fascinating CanLit personalities.” The program is hosted by Dina Del Bucchia, a local poet and UBC creative writing instructor, and author Daniel Zomparelli. A recent standout episode featured guest host Jen Sookfong Lee, and a compelling (and timely) call for more diversity in the lit scene.

You’re also not going to want to miss Pop! This, a fabulous feminist pop culture outing hosted by CBC personality Lisa Christiansen and writer and music critic Andrea Warner. Smart, savvy, and insanely funny, this podcast can be listened to for hours on end.

“Because you don’t have to be plugged into the big central production machines of Los Angeles, New York, or even Toronto,” Demers reflects, “Vancouver has been able to compete on an even footing with everybody else.”