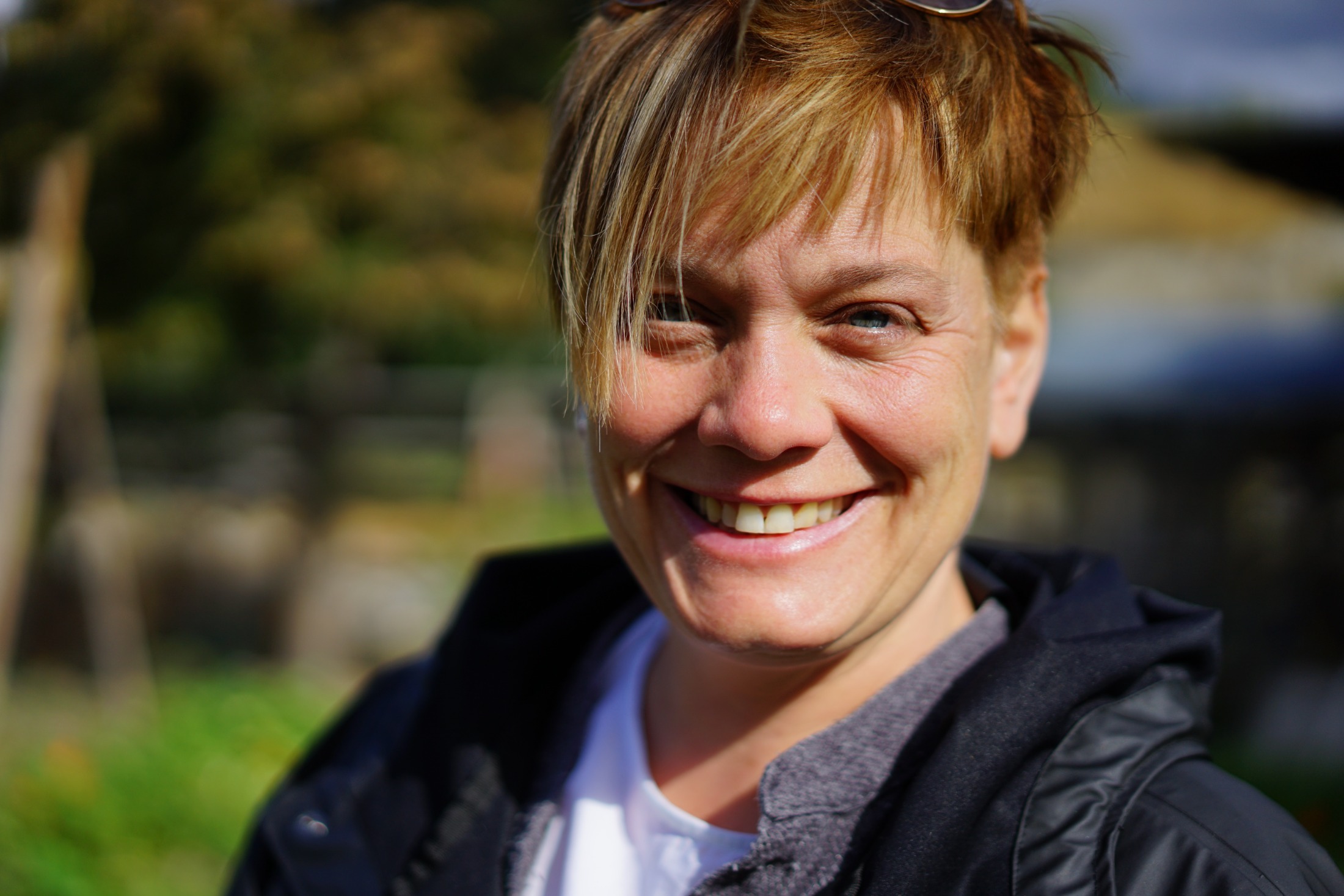 Andrea Carlson has always been an artist. As a kid she loved to draw, and school involved increasingly ambitious art classes. As a chef, her art is different: combining ingredients and cooking techniques to create dishes that are balanced across taste and texture, presenting them in a way that both looks beautiful and eats well.

Originally from Toronto, Carlson cooks as if the Pacific Northwest was her lifeblood. At the former Raincity Grill, she pioneered a 100-mile menu; in 2007, she became executive chef of Bishop’s, where local, organic, and seasonal have been watchwords for almost 35 years. She opened Burdock & Co on Main Street in 2013. In October, she released her first cookbook where, in the endpapers, are illustrations of dishes she has drawn.

Asked to create a dish and illustrate it for MONTECRISTO Magazine, Carlson started with pine mushrooms. She explained the dish to us, but not before she recalled how she first brought her drawing skills into the kitchen. 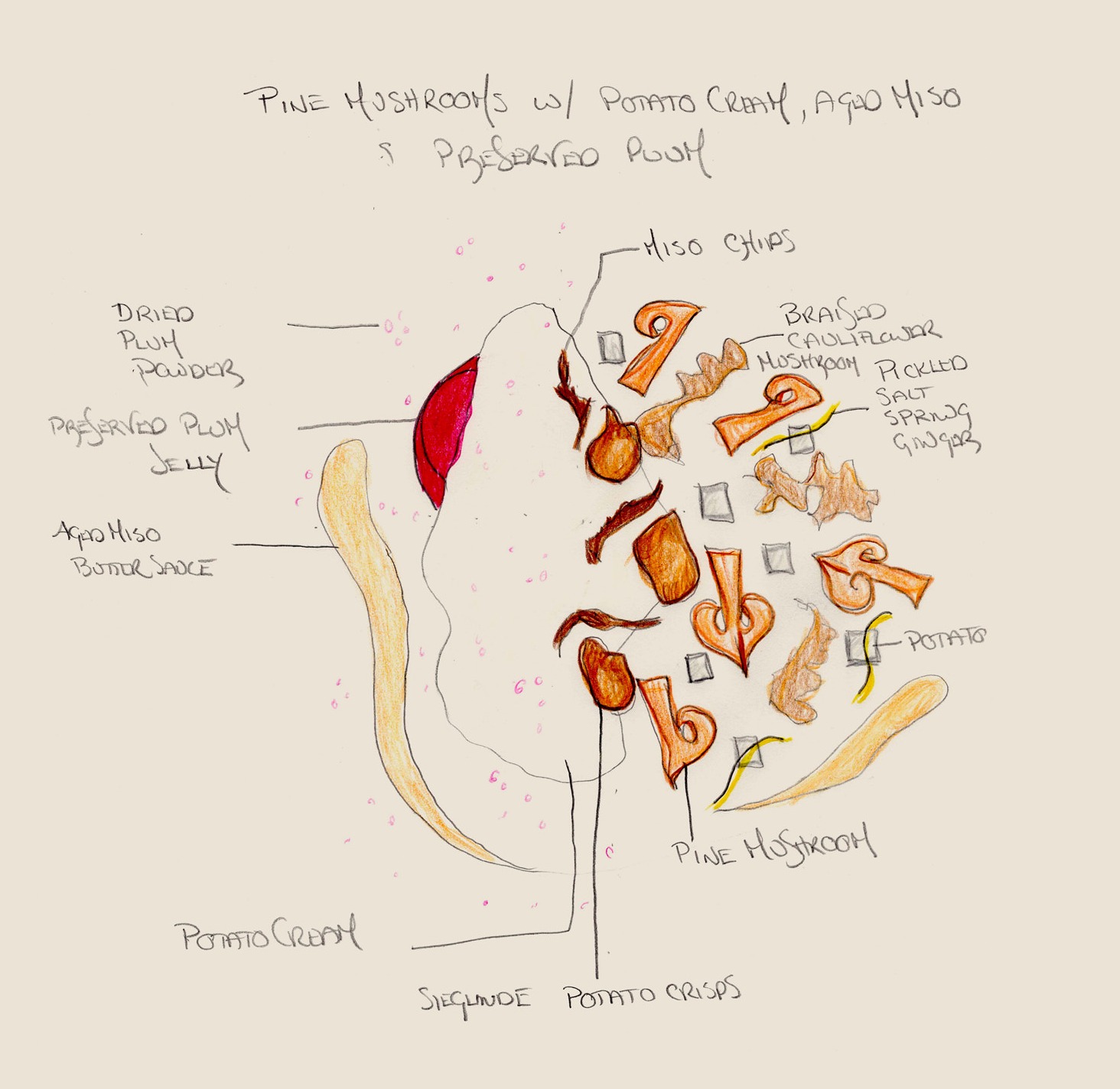 “I started sketching my dishes when I worked at Sooke Harbour House—that’s when I started designing my own menus.

“I get a large piece of paper and write down every ingredient available. Then I’ll think, well this kind of radicchio will work with this, and I start to piece things together, picking out what the prime ingredients of a menu would be, and putting the dishes together, meditating on that and just letting the finer points of what that looks like come to me.

“Is it going to be a grilled dish? Is it going to be a risotto? Or a pasta? Is that going to work better maybe with a fish garnish? When I get to the point where I’m ready to consider it a dish, I need to work out how it will look on the plate. That’s when I start drawing.

“This dish is all about the texture, so there’s a potato foam that’s rich and creamy and silky—full of butter and cream—and the vegetables are kind of dipping into that. So if you look at it as almost a vegetable and dip situation, the way that you eat it becomes very luscious. The pine mushrooms are just so cute.

“The vegetable-based umamis are all here, and will work together—pine mushrooms, a little bit of cauliflower mushroom, and the rare, blanched, diced potato. For texture, we have a crispy potato chip and a miso chip, which gives you little bright pops. Then there’s aged miso butter—lots of acidity to work against the rich potato element, lots of depth. We use three-year-old miso, white wine reduction, a splash of lemon juice, and then butter and brown butter as well, to finish.

“I added umeboshi jelly, which is a vegetarian jelly made with Japanese preserved plums, and the dried preserve plum is also rasped [grated] on top and around the plate. Foxglove Farm on Salt Spring Island is growing ginger again this year—it’s really beautiful, sweet, moist, and tender. So we do a sweet pickle on that and just put a few pieces in for another element that lifts the dish.

“Because it has so many components, this will be plated on a flatter, rounder dish, so that you can see the pine mushrooms on one side, and the other half will be the potato foam. And there will still be enough space to get the butter sauce around it, as well as the plum powder on the plate.

“It’s important to note that if you do want to use raspings, you should design the dish and choose the plate in a way that shows them off.”