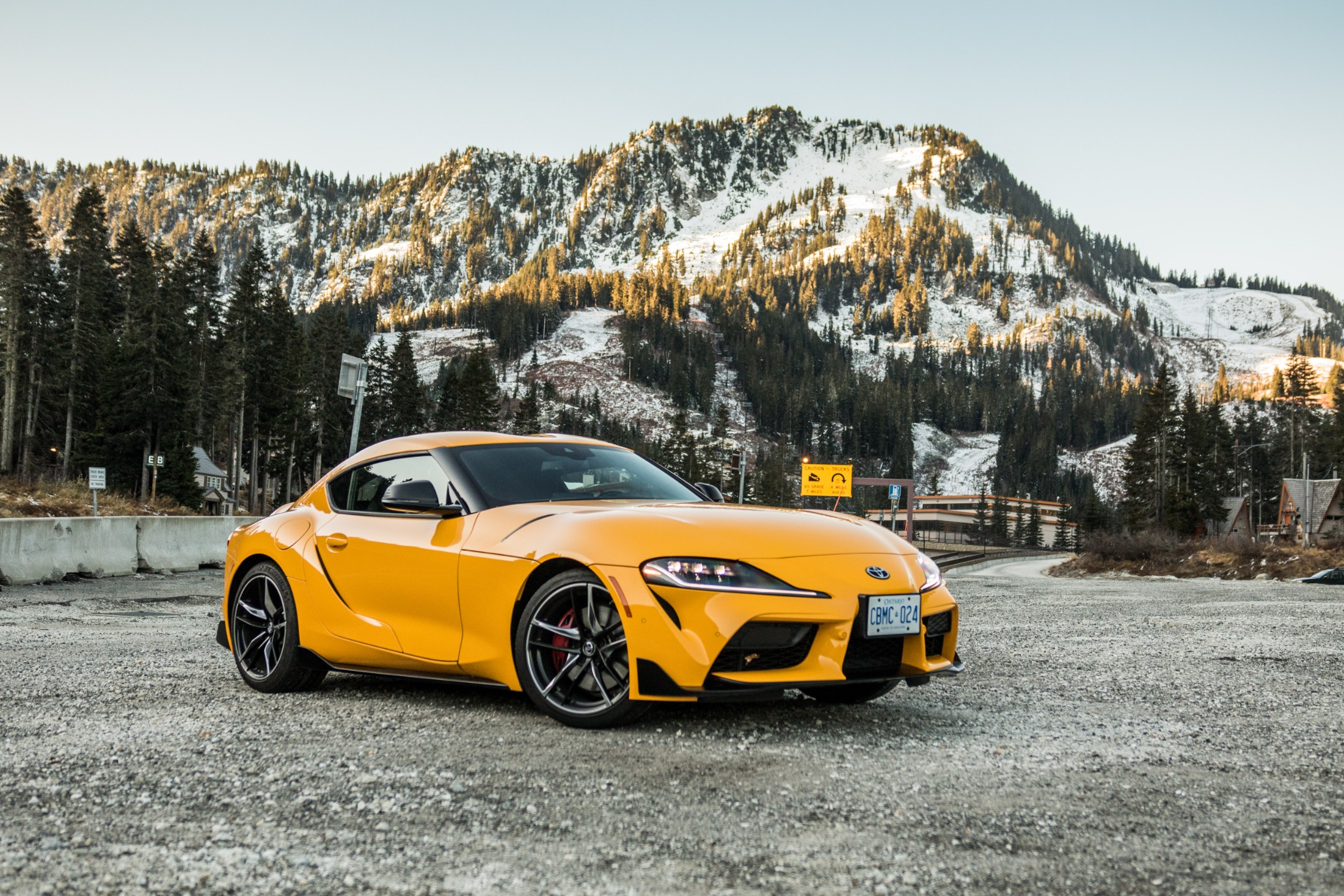 Willkommen to Leavenworth, a pretty little Bavarian town nestled among craggy mountains. Today is brisk and bright, with the snap and crackle of dry leaves underfoot. The main street is beginning its morning bustle, with workers stringing Christmas lights in the main square across from the nutcracker museum. Everything is as German as can be, with one slight problem.

None of this is what it seems.

Likewise the Toyota Supra—which seems to herald a return of one of the mightiest GT cars from the heyday of Japanese performance, with its turbocharged inline-six engine, rear-wheel drive, and classic long-nosed shape of coiled potential—has just one slight problem. The Toyota badge on the nose of the Supra is BMW part number 51148811655. 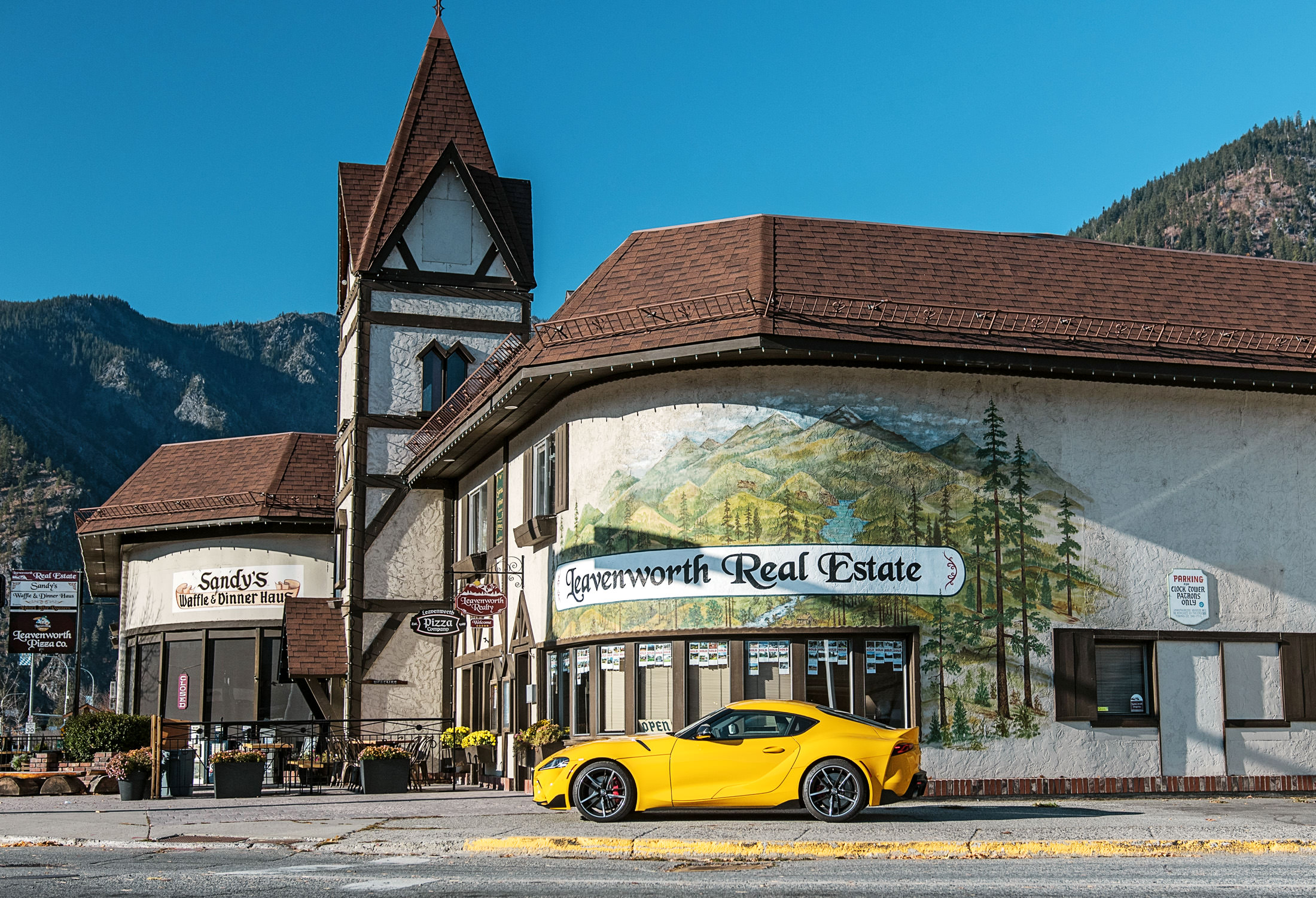 This car’s not really Japanese, and this town ain’t German. The former is built in Graz, Austria, alongside the BMW Z4 it shares its bones with. The latter is located in central Washington state. Despite the gingerbread woodwork on every building in town, the streets are thronged with Subaru Outbacks and Toyota 4Runners. That’s not a quaint coffee shop dating back to the 19th century; it’s a Starbucks wearing lederhosen.

And yet, somehow, all this fancy dress works. Leavenworth began its transformation in 1965. Once a booming timber town, when the railroad moved and the mill closed, the locals struggled to scrape by. The Leavenworth Women’s Club came up with a committee called LIFE (Leavenworth Improvement For Everyone), and with some help from the University of Washington, a community was reborn. This year, more than a million tourists will make the drive through the gorgeous Cascade mountain range to get a taste of Bavaria in the Pacific Northwest.

A tale of two cities; the story of two Supras. The previous-generation Toyota, sold from 1994 to 1997 in the Canadian market, was an absolute monster. Stock, it made 320 hp but, this being the era of the Japanese bubble economy, the 3.0-litre twin-turbo inline-six was so over-engineered that doubling that output was just a matter of adding boost. It also cost $67,500 in 1994 dollars, over six figures in today’s money. 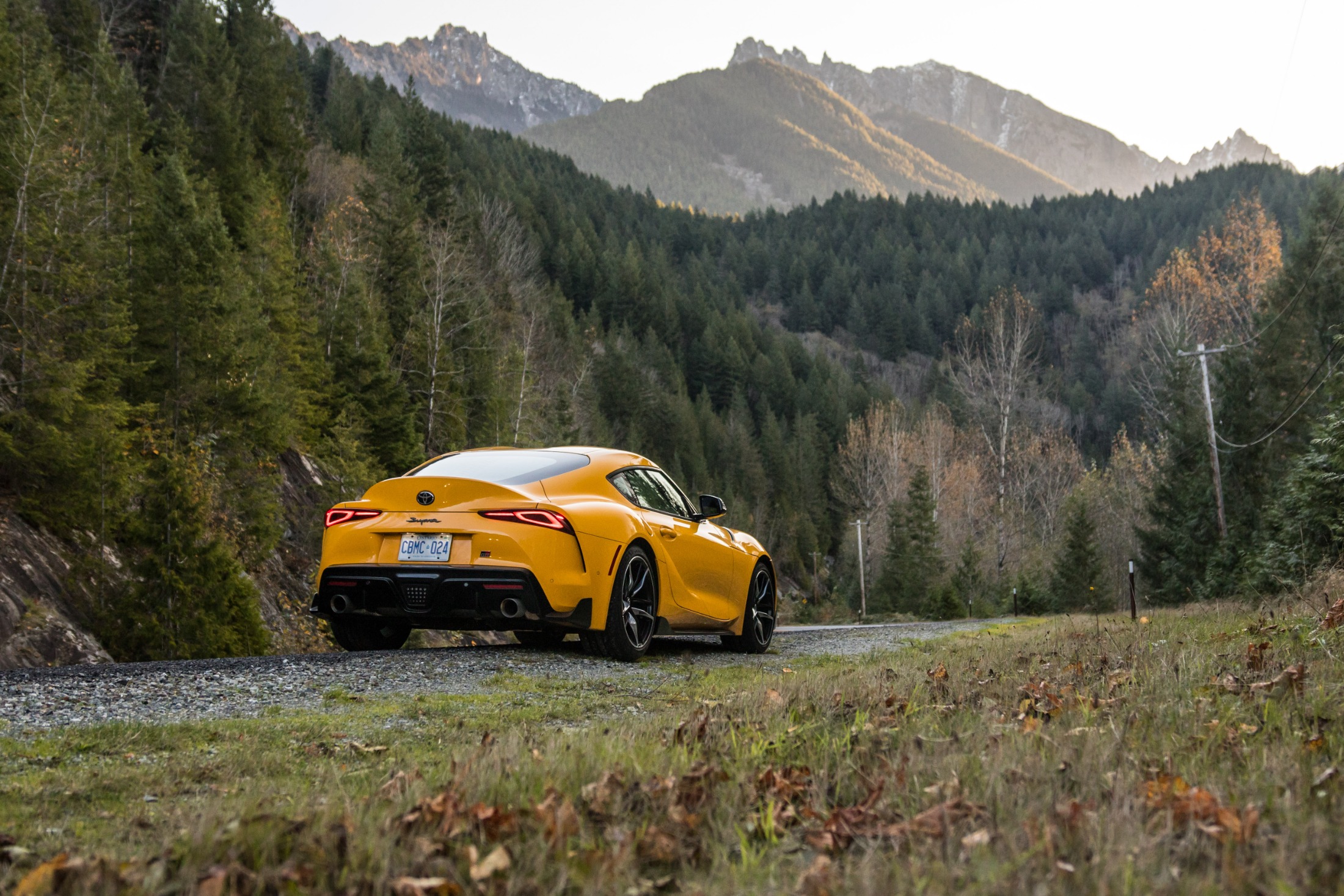 The price of the new Bavarian-accented Supra invites comparisons to the likes of the Porsche Cayman. Surprisingly, it’s a juxtaposition the Toyota stands up to. This new car is more of a sports car than its ancestral 2+2 grand tourer, more compact and lithe. Its single-turbo six also seems to be more powerful than advertised: independent dyno-testing shows the Supra putting down slightly more than its claimed 335 hp at the rear wheels. That’s enough for a sprint to 100 km/h in about four seconds.

In the mountain passes that lead to Leavenworth, the Supra reveals its true nature. It is, in essence, a Z4 coupe, fitted with just a few unique parts from the BMW parts bin. And yet, like Leavenworth’s reborn Bavarian fantasy land, it’s a recipe for success.

On these roads, curling along beside mountain streams, any complaints about the Toyota’s muddled parentage largely disappear into the ether. The engine is strong and torquey, the ride surprisingly compliant despite a stiff suspension. The eight-speed automatic gearbox isn’t quite as clever as Porsche’s twin-clutch systems, the industry standard, but with plenty of available torque from the turbocharged engine, it’s as quick as you need. 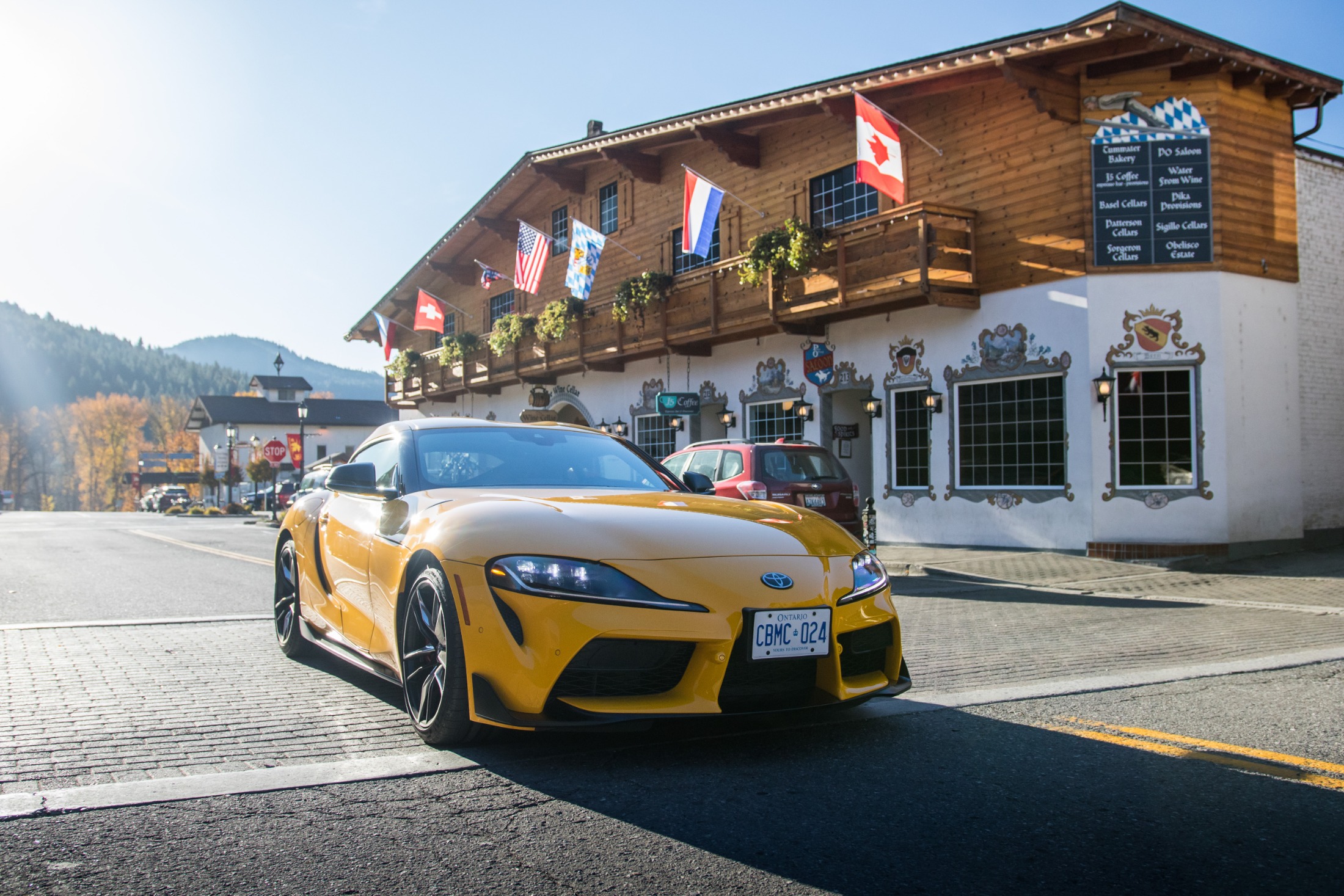 Coursing down the valleys beneath the susurrating, bright yellow aspen leaves, with soaring mountains as the backdrop, you might think yourself temporarily transported to the Austrian Alps. Or, when the trees close in and the road becomes more serpentine, and the Toyota badge on the steering wheel in front of you twists from side to side, perhaps you’d imagine yourself on a mountain road in Hakone, Japan.

In the modern world, authenticity is a curious thing. A purist might curl their lip at Leavenworth’s costuming, or at the stylized Supra script on the back of a car with more than 20 instances of the word “BMW” under its hood.

Suspend your cynicism, and trust what your senses tell you. This is a beautiful and lively small town, tucked like a jewel in one of the most beautiful places in the world. This brawny little two-seater is just the kind of sporting machine to chase the last sunny days of fall, before winter’s snows close the mountain passes.

What is real: the new Supra is good. Sehr gut.