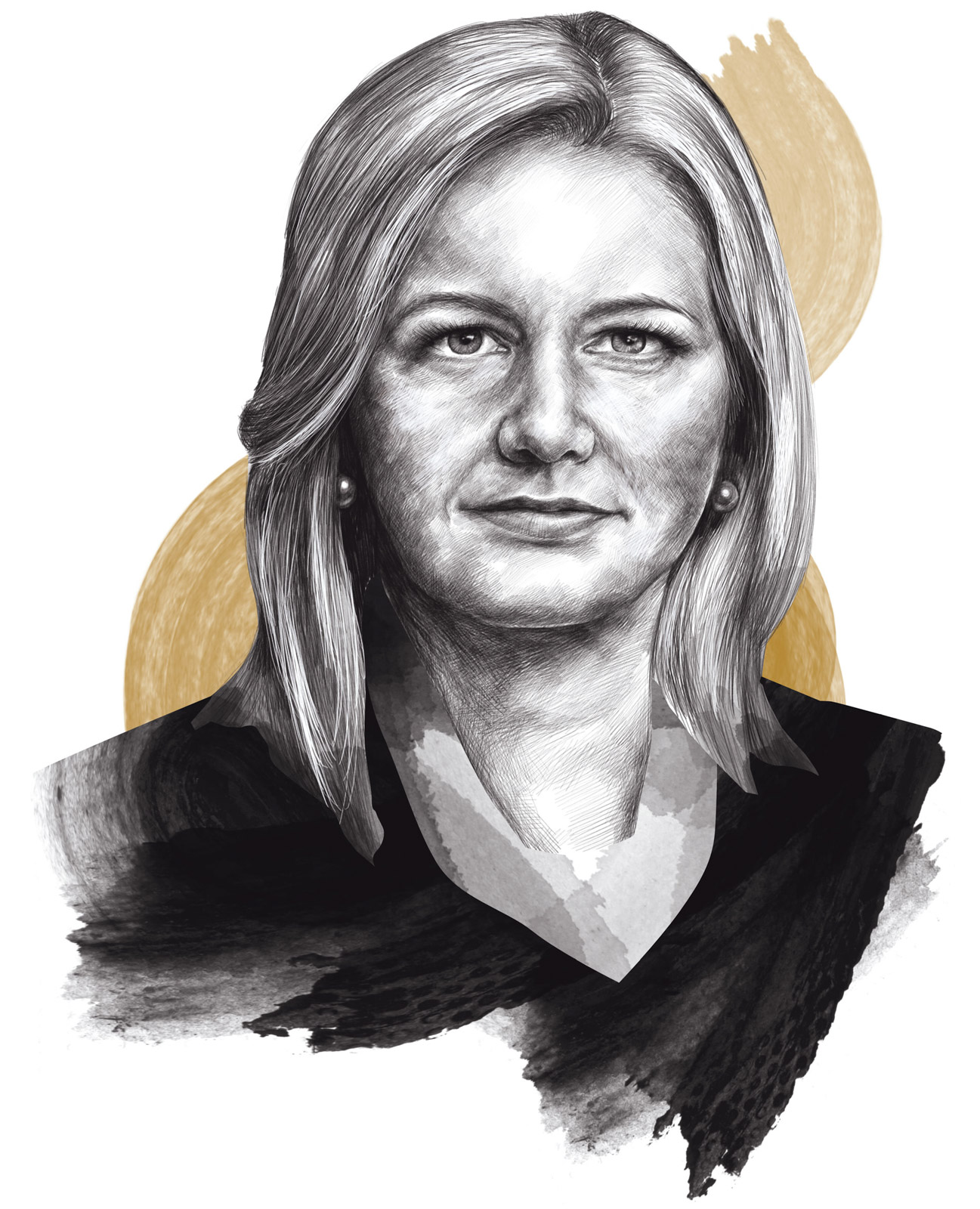 Tamara Vrooman stands at the picture window in her new office, staring down at the handful of passenger jets still sprinkled across YVR’s airfield. Downstairs, in the cavernous halls of Canada’s second-largest airport, only five flights blink on a once-full international departures board. Staff in masks outnumber passengers by a wide margin.

It’s mid-morning on a weekday in September, and Vancouver International Airport is quieter than I have ever seen it. Vrooman, who took the helm four months into a global pandemic, notes that some of the planes beneath her window are actually parked, with no foreseeable plans to fly again. “When you think about it, they have to park somewhere,” she says.

To describe these times as challenging hardly captures the devastation that has cut across the world’s aviation and tourism industries. What was once a booming sector screeched to a halt overnight as COVID transmission rates soared and would-be travellers retreated to the relative safety of home. By August, despite a slight rebound since the beginning of the pandemic, passenger traffic at YVR still languished nearly 85 per cent lower than a year before. For an award-winning airport widely hailed as a key driver of B.C.’s economy and a gateway to Asia and the world, the precipitous decline is all the more striking against its record growth of the last five years, which culminated in more than 26 million passengers in 2019.

“So either I have a penchant for challenging situations or a character flaw, I’m not sure which.”

Adjectives can’t even describe this moment in time, Vrooman says. “We keep saying ‘unprecedented,’ but even that now sounds sort of stale.”

And yet Vrooman herself is no stranger to crisis. In 2007, she left her position as B.C.’s deputy finance minister to lead Canada’s largest community credit union just as the last global financial crisis was beginning to unfold. “So either I have a penchant for challenging situations or a character flaw, I’m not sure which,” she laughs.

That she managed to achieve record earnings by 2010 and take Vancity from a well-respected local institution to a world leader in values-based banking over the next decade suggests something other than a flaw. Her takeaway: “It’s not only possible to stabilize an organization through a tough time; it’s entirely possible, and in fact should be the goal, to make it stronger.”

If anyone can lead the Vancouver Airport Authority through this storm, it’s Vrooman, leaders of B.C.’s business, aviation, and tourism associations all agree. “She’s a renowned business leader that has put her stamp on the business community here,” says Walt Judas, CEO of the Tourism Industry Association of B.C., who recently began working closely with Vrooman on the province’s task force to help the tourism sector rebound. “She really possesses the leadership skills that are needed during a trying time like this, so I think she’ll do a tremendous job leading YVR through this tough period.”

Especially since she’s not coming into the position cold, notes Greg D’Avignon, president and CEO of the Business Council of British Columbia, who sits with Vrooman on the council’s executive committee. Having served on YVR’s board for nine years before recusing herself to be considered for CEO, Vrooman already has a good working knowledge of the airport’s finances and operations, D’Avignon points out, “which is helpful because speed matters in the middle of COVID.

“There’s lots of really talented people in B.C., but I have the utmost respect and confidence in Tamara,” he continues. “She’s got a very holistic lens. She doesn’t just look at things through a balance sheet; she looks at it through the eyes of people and technology and opportunity and community.

“And she’s just a really calm, thoughtful person,” he adds. “She always asks the questions that people aren’t thinking about.”

“She’s the right person in the right job at the right time,” Dave Frank, executive director of the British Columbia Aviation Council, says succinctly, when asked how YVR’s new (and first female) CEO is leading the airport through this pandemic.

For Vrooman, who received the Order of British Columbia last year and was named one of Business in Vancouver’s top CEOs in 2015, the first order of business at YVR was to preserve its liquidity. She convinced its bond-holders to waive their interest-coverage ratio, giving YVR more leeway to dip into its cash reserves to cover operations while still paying its debt. Then she raised more financing to see the airport through the pandemic. “That allows us to have the financial flexibility to weather this storm,” she says. “I mean, we’re not going to be flush with cash, it’s still going to be sort of a bread and water diet, but we have enough to independently get through.”

Of course, getting through has also required some difficult decisions to cut expenses: 30 per cent of the airport’s workforce was laid off, and a key infrastructure project to expand its parking facilities and create an environmentally friendly centralized heating and cooling system was put on hold. The project was part of YVR’s pre-pandemic $9.1-billion improvement plan; the airport is now working with the contractor to make the half-built parkade at its front door more presentable.

With its finances stabilized, Vrooman says the airport now has a unique opportunity to rethink and invest in its operations to ensure they’re as efficient as possible, with a lower carbon footprint. Reducing emissions and energy consumption goes hand-in-hand with greater efficiency for travellers, which benefits everyone, she says. “We absolutely have the opportunity for a triple word score here.”

Cargo will also play a greater role in the airport’s future strategic plans. If nothing else, COVID has highlighted the importance of domestic access to essential goods such as medical supplies, not to mention shorter supply chains. Though YVR has seen a 30 per cent decline in its cargo traffic, it’s a fraction of its drop in passenger volumes.

Like many industry experts, Vrooman doesn’t expect to see the latter fully restored for several years, and when they do resume, they’ll look different. YVR’s international flights will serve more diverse destinations, for example. While flights to China, which accounted for a substantial portion of the airport’s pre-pandemic growth and strategic plan, will remain part of the airport’s strategy, she says they likely won’t play as important a role overall.

Vrooman glances outside as a double-decker A380 Airbus rumbles slowly by, soon to take off for Shanghai. In these strange times, she credits her supportive spouse, her teenage son, her parents, and her 95-year-old grandmother with keeping her grounded. “She lived through the Second World War, and she said, ‘Well, anything less than six years is a bonus.’”

Asked if she would have accepted the position of CEO had she known she’d be stepping into the middle of a global crisis, Vrooman doesn’t hesitate. “‘Absolutely, I’m sure,’” she says she told the board when it, too, asked if she still wanted to proceed in April. “You know, it’s easy to lead companies in easy times. The most important tests of leadership are in difficult times.”

This article is from our Winter 2020 issue. Read more Business stories.