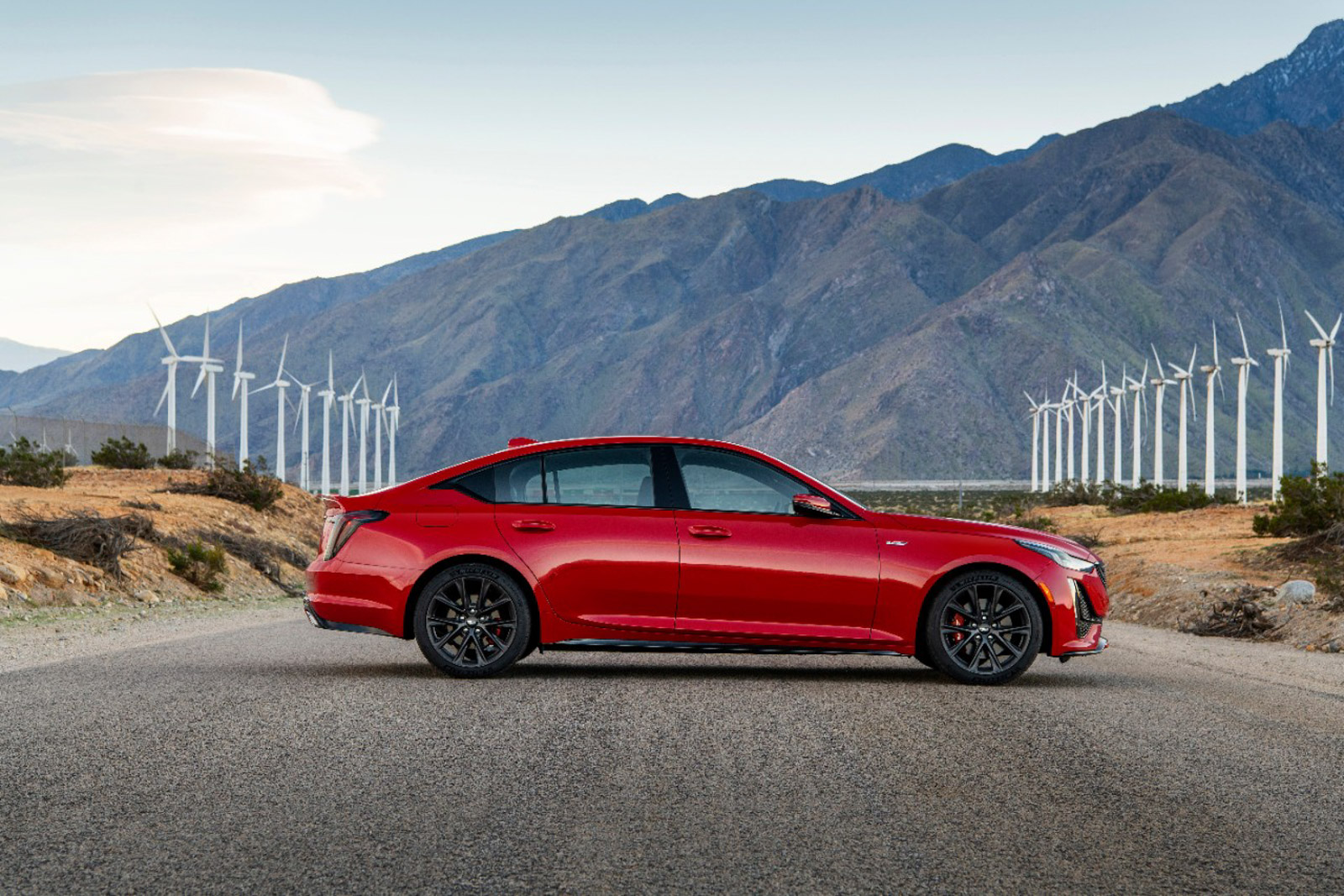 Bring up the topic of luxury cars in the Lower Mainland, and the conversation almost always veers toward Mercedes-Benz, BMW, and Audi. It makes sense: the holy trinity of European automakers has a storied reputation for building aspirational vehicles. But there’s a new contender looking for your attention: Cadillac is set on disrupting the premium segment, and the latest tool in the company’s arsenal is the CT5-V.

This sports sedan exists as part of a concerted effort to try to shed the stigma of “your grandfather’s Cadillac” and appeal to a younger demographic. Cue cool concepts such as the Escala (which debuted at the 2016 Concours d’Elegance show at Pebble Beach) and the edgy “Dare Greatly” ad spot during the 87th Academy Awards show. The creation of the CT5-V is the culmination of more than a decade and a half of learning, following the launch of the V-Series performance sub-brand in the early 2000s (think a domestic version of upscale in-house tuners Mercedes-AMG or BMW M) that birthed the original fan favourite 400-horsepower CTS-V, among other race-bred vehicles. 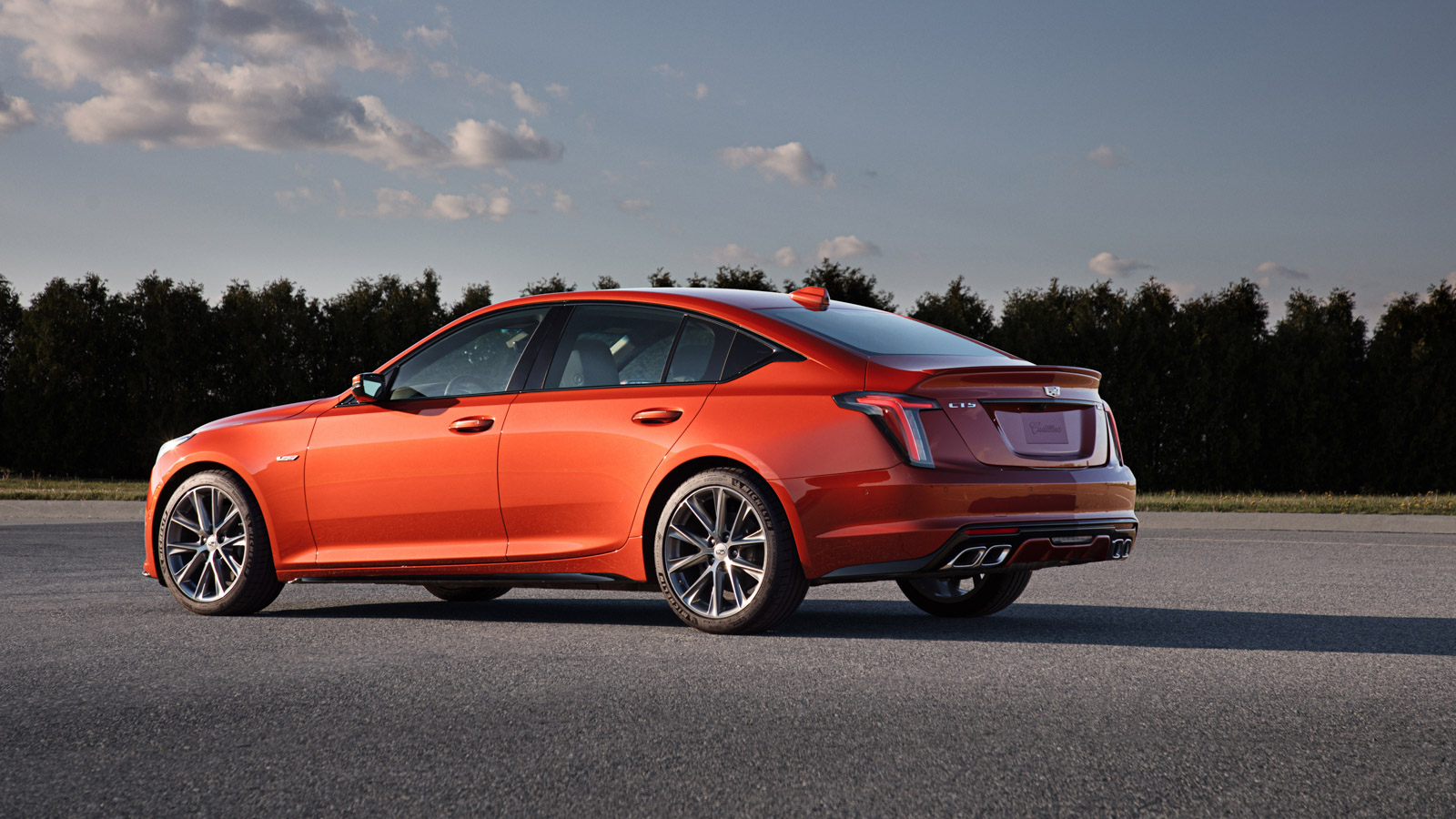 The result? Arguably one of the sleekest machines to roll off the assembly line at the GM Lansing Grand River Assembly plant in Michigan—as much a joy to pilot as to gaze upon.

At first glance, you notice the fastback-style sloping rear roofline inspired by the Escala. A long stretched-out wheelbase, oversized 19-inch wheels, and a stunning coat of metallic Satin Steel paint, on the model I’m driving, accentuate the sporty profile.

From the front, the car appears to be permanently scowling, wearing slim, slanted full LED headlamps. Below, the LED daytime running lights are vertically oriented as a design signature and matched at the rear with vertical LED tail lights. Unlike the regular CT5 variant, the V has blacked-out accents, mesh grill and air intakes, and a subtle yet functional trunk spoiler helping the rear tires stay glued to the pavement.

Press the start button, and the twin-turbocharged V6 engine roars to life, letting you know this is no run-of-the-mill four-door. I took the sedan to where it feels most at home: an enthusiastic run up the picturesque Sea-to-Sky Highway. The 360 horses under the hood devoured long straightaways, while plenty of low-end grunt made powering out of the many twists effortless. Tight hairpins proved a challenge to the vehicle’s wide turning radius, however. 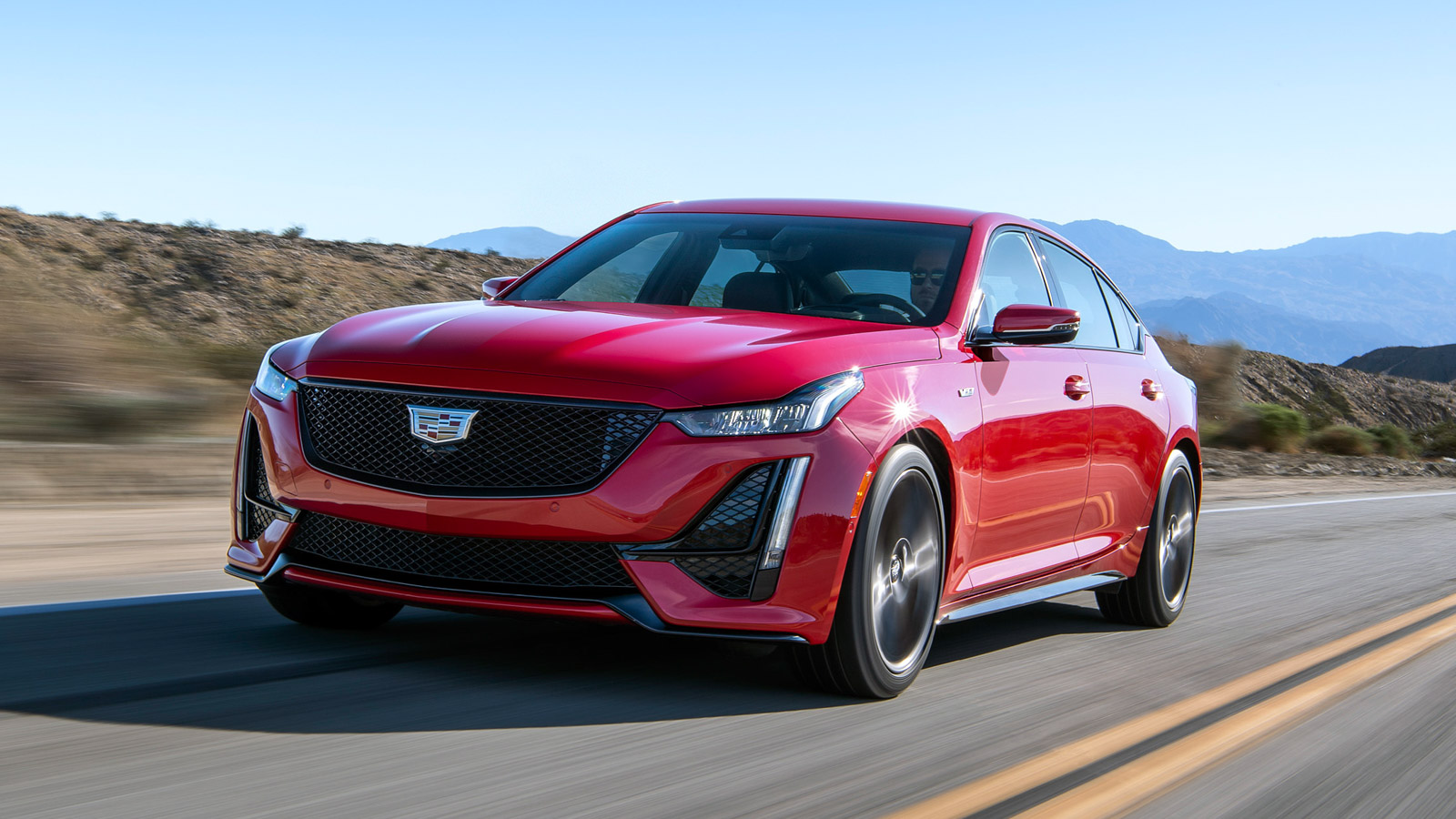 Thanks to nifty suspension that uses variable magnetic fields to control ride quality rather than a traditional mechanical valve shock setup, handling is sharp and stiff when you want it to be, or soft and supple for around-town motoring.

Everything is customizable via the 10-inch touchscreen under the V-Mode personalization menu, from the steering feel to the volume of noise coming out of the quad tailpipes. Rear-wheel drive is standard, but the all-wheel-drive model is better suited to Vancouver’s wet climate thanks to the ability to send torque to any slipping wheel, instantly increasing traction. I found whenever grip was momentarily lost, for example accelerating out of a turn on a slick road, the vehicle quickly regained composure.

For those hoping for the day when autonomous driving is legal in B.C., the option of adding Super Cruise driver-assistance functionality will be added in 2021. A combination of maps and sensors will afford a truly hands-free experience, complete with automatic lane changes, on 300,000-plus kilometres of compatible freeways in Canada and the United States. 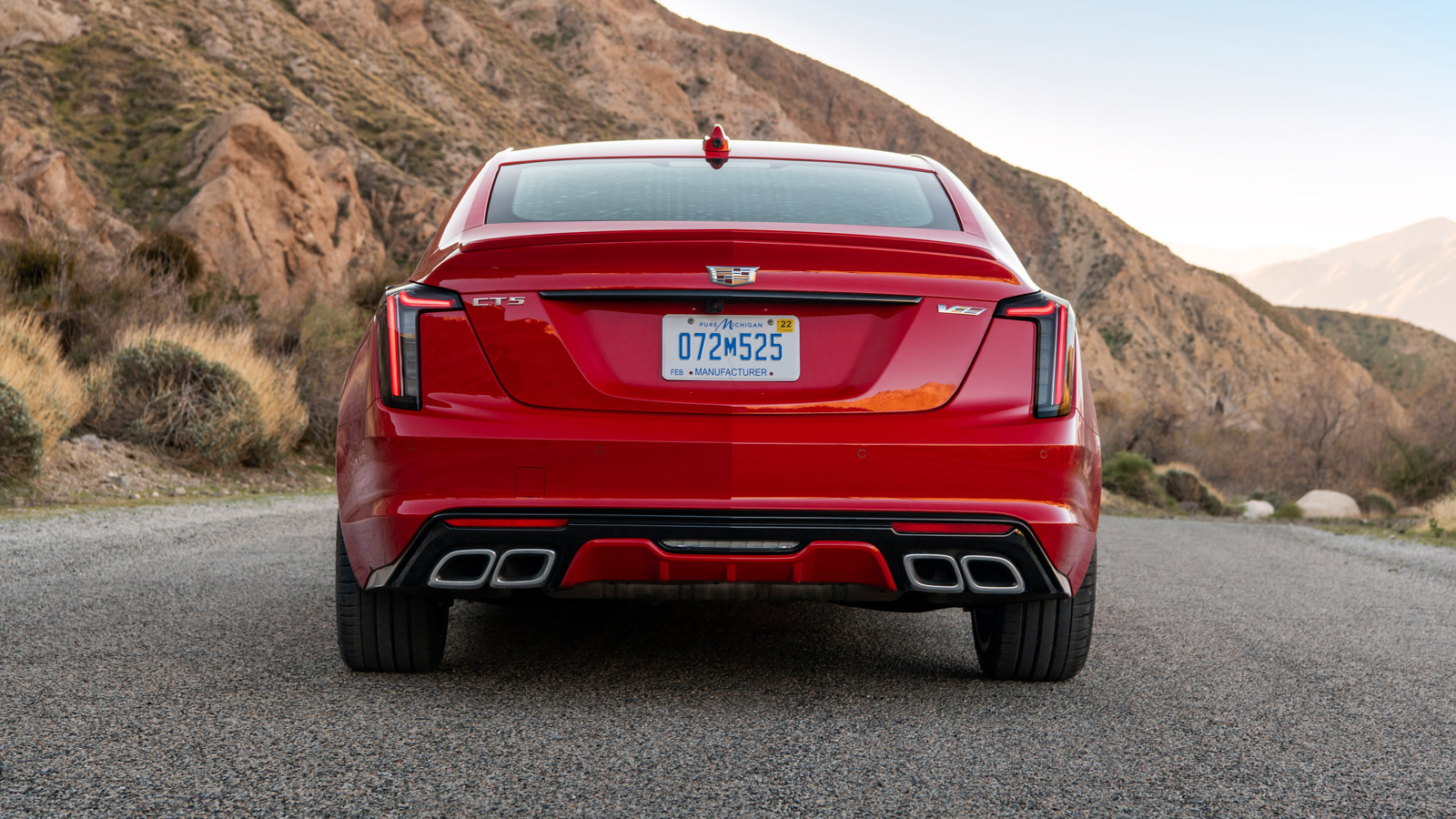 On the comfort side, Cadillacs have long been lauded for well-appointed interiors, and nothing has changed on that score. Blurring the lines between racy and plush, premium and soft-touch materials abound, such as 18-way electric adjustable heated and ventilated front seating, upholstered in perforated camel leather; genuine carbon-fibre and brushed-aluminum trim on the dash, centre console, and door panels; and a thick leather-covered sport steering wheel.

Unlike with the monstrous eight-cylinder V models of the past, drivers likely won’t be winning battles at the track with this car (although a V8 Blackwing version is in the works). Instead, the CT5-V is aimed squarely at taking on street rivals such as the BMW 340i, Audi S4, and even the Mercedes-Benz AMG C 43—which it does more than capably from a performance and daily drivability standpoint.

European manufacturers beware: Cadillac has earned its place in the conversation.

This article is from our Winter 2020 issue. Read more Transportation stories.