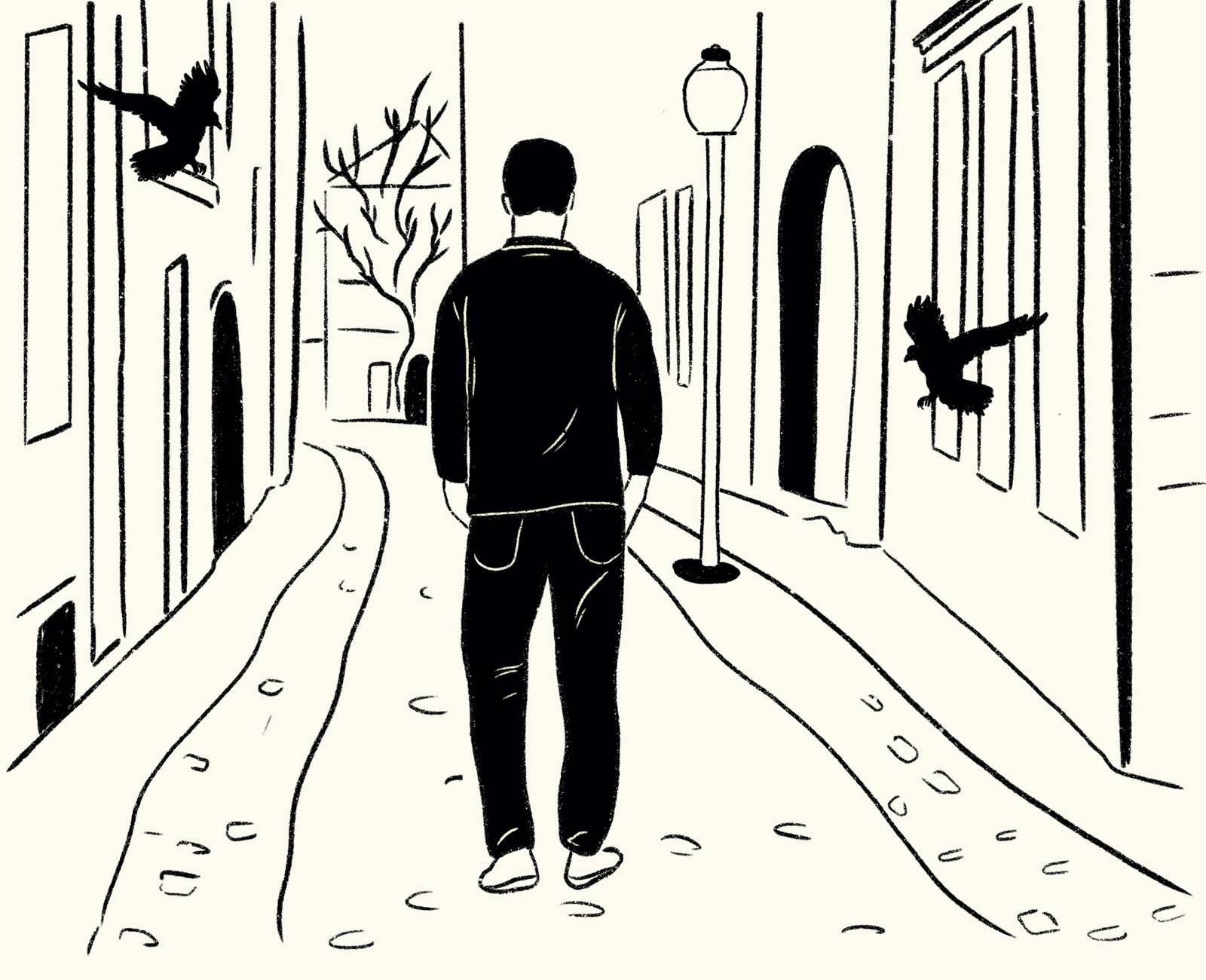 Charles Demers has been having a pretty typical pandemic experience. The Vancouver-based author and comedian finished writing a screen adaptation of his last novel, Property Values, just in time to see the thriving environment in which it might have been green-lit shimmer and dissipate overnight. His new book Primary Obsessions, intended to kick off a mystery series, was pushed from the spring to September to dodge, so the publishing house hoped, the worst of the outbreak. And his main gig is, or was, live comedy.

Demers, after cultivating himself as a multi-hyphenate artist for over a decade, entered the unsettling quiet of that first shutdown with no big plan. But he found himself acting on ideas that were, in their own way, due.

“I wanted to write a story that really felt like something that only I could do.”

With nothing to promote, he deleted the last of his social media accounts. He started a podcast about mental health with another comedian, David Harris. And he watched as the pandemic yielded increasingly raw stories and statistics—not, as expected, images of overflowing hospitals. In B.C., the story, though not a major election topic or a daily front page, has, he says, been the age-old neglect of mental health and addiction.

Having treated his own OCD with a psychologist for most of his adult life, Demers is particularly sensitive to this topic. Those who know therapy first-hand recognize just how much work it is to help someone, global crisis or not, and how little it takes, be it a phrase or an hour, to reconfigure one’s sense of self.

Perhaps it’s hope that drives his latest literary effort, a series in which Demers works through the noirish undertones of living in this milieu, both acknowledging the risk of death and also the people who work to unlink it from mental health diagnoses.

“I wanted to write a story that really felt like something that only I could do,” he says. “One of the things I noticed with [former sketch partner] Paul Bae was things really started cooking for him creatively when he started making projects that only could have come from him, that felt like they left no part of his experience on the cutting room floor. Everything was left in.” 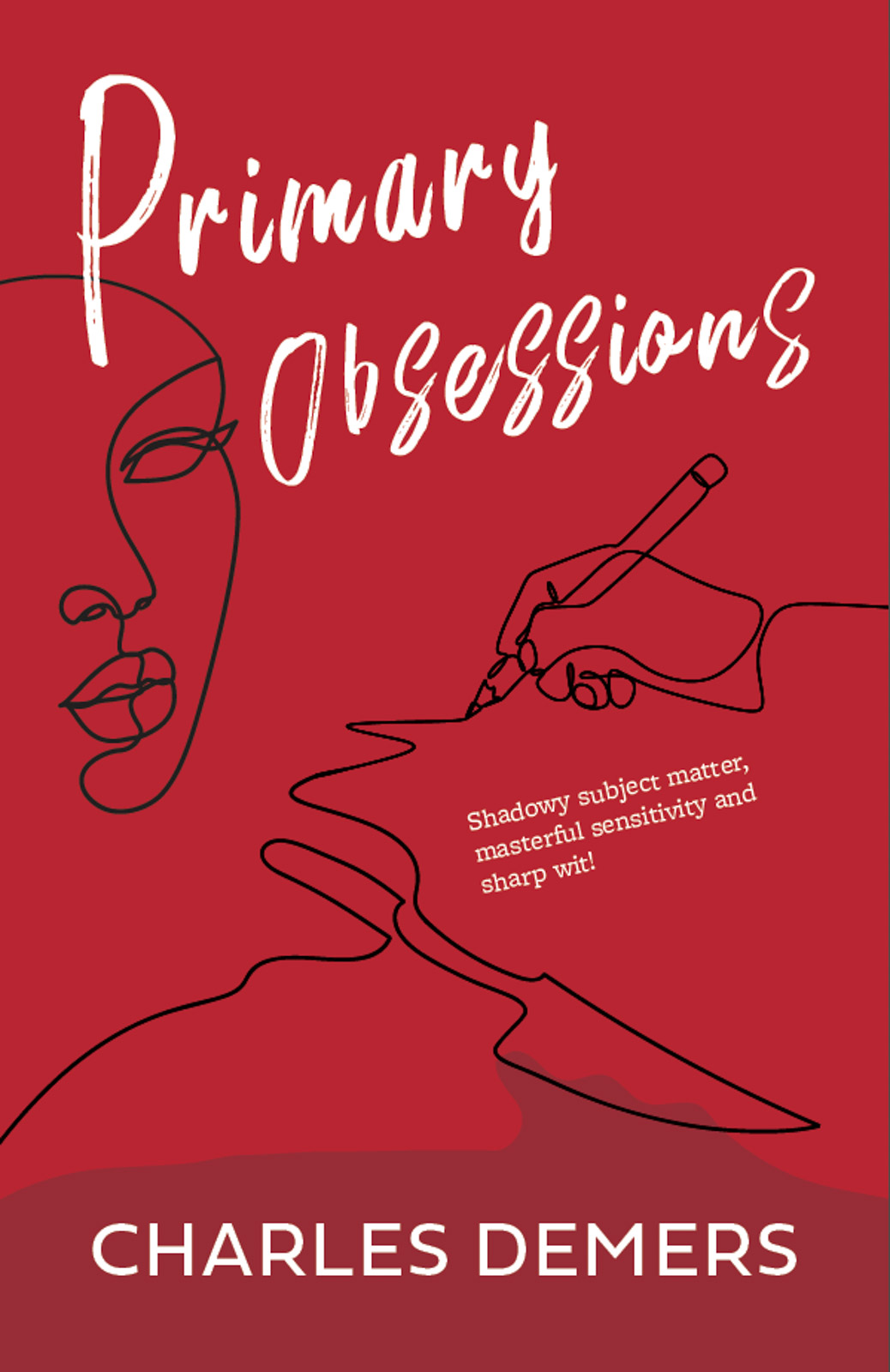 Demers is in turn trying to make satisfying entertainment out of what has left him at his most vulnerable. The title of his latest novel refers to his own diagnosis, a variant of OCD that involves intrusive, unwelcome thoughts and images. In his debut novel The Prescription Errors, he tried to write through the perspective of a protagonist in the same situation. He now jokingly dismisses the book as “written by someone who thinks that people who read books for plot don’t understand what books are for.”

This time around, there’s still something of his experience in the character Sanjay, tasked with working through his unfiltered fears in a journal while hiding out from the unavoidable hazard of an awful roommate.

In terms of the subject matter, “in some ways, I’ve never really moved that far away from it,” Demers says of the desire to use his experience as inspiration in his work. “It’s been a very big part of my life, particularly the shame and the desire for secrecy and the worry about the world, how everyone will react to your disorder.”

The big switch comes in the form of Annick Boudreau, the series’ moral centre, protagonist, and would-be crime solver. Not only is she Sanjay’s psychologist, she’s also a call away from a CBC Vancouver panel slot, giving Demers room to explore the language of advocacy as it’s interpreted at a personal and cultural level.

Annick is, Demers allows, based to some extent on his own psychologist. But as with any writer, there’s also something of the author in each of the major characters in Primary Obsessions. As Annick guides cognitive behavioural therapy sessions and, at one key point, urges Sanjay to admit the fear in his mind is not the entire truth of who he is, one senses how Demers has absorbed the phrases that have kept him working for decades with OCD as a constant presence.

The language of mental health—so often flattened out into advertisements or negative stereotypes—is at the forefront of this novel, as is its connection with the world of Vancouver crime. It also offers a clear route into detective fiction.

“The gold standard for me would be Andrea Camilleri,” Demers says of the genre. The prolific Sicilian author followed his own interests into two strands of literature: a contemporary series about an Inspector Montalbano (numbering over 20 entries, with two still to be published in English) and historical novels set in the distant past. By way of both genres, Camilleri worked through the controversies of the day and how those battles start long in advance of what a single lifetime in the present can account for.

Parts of Primary Obsessions give off the feel of an issue-driven television pilot, albeit one with some of the insights of his earlier work, Vancouver Special (published on the eve of the 2010 Olympics), dropped in. Perhaps, married to the accelerating pace of genre fiction, Demers will get somewhere close to his lofty goal: a flexibly narrated chronicle adapting the quandaries of Vancouver’s past—and where it’s headed.

“Baked into the series from the beginning is this literary ambition,” he says. “With a detective novel or a mystery novel, you give people a tour of your city, show them the ugly side, show them the beautiful side, give them a sense of adventure, have them experience something, and hopefully do it all in beautiful but unpretentious prose.”