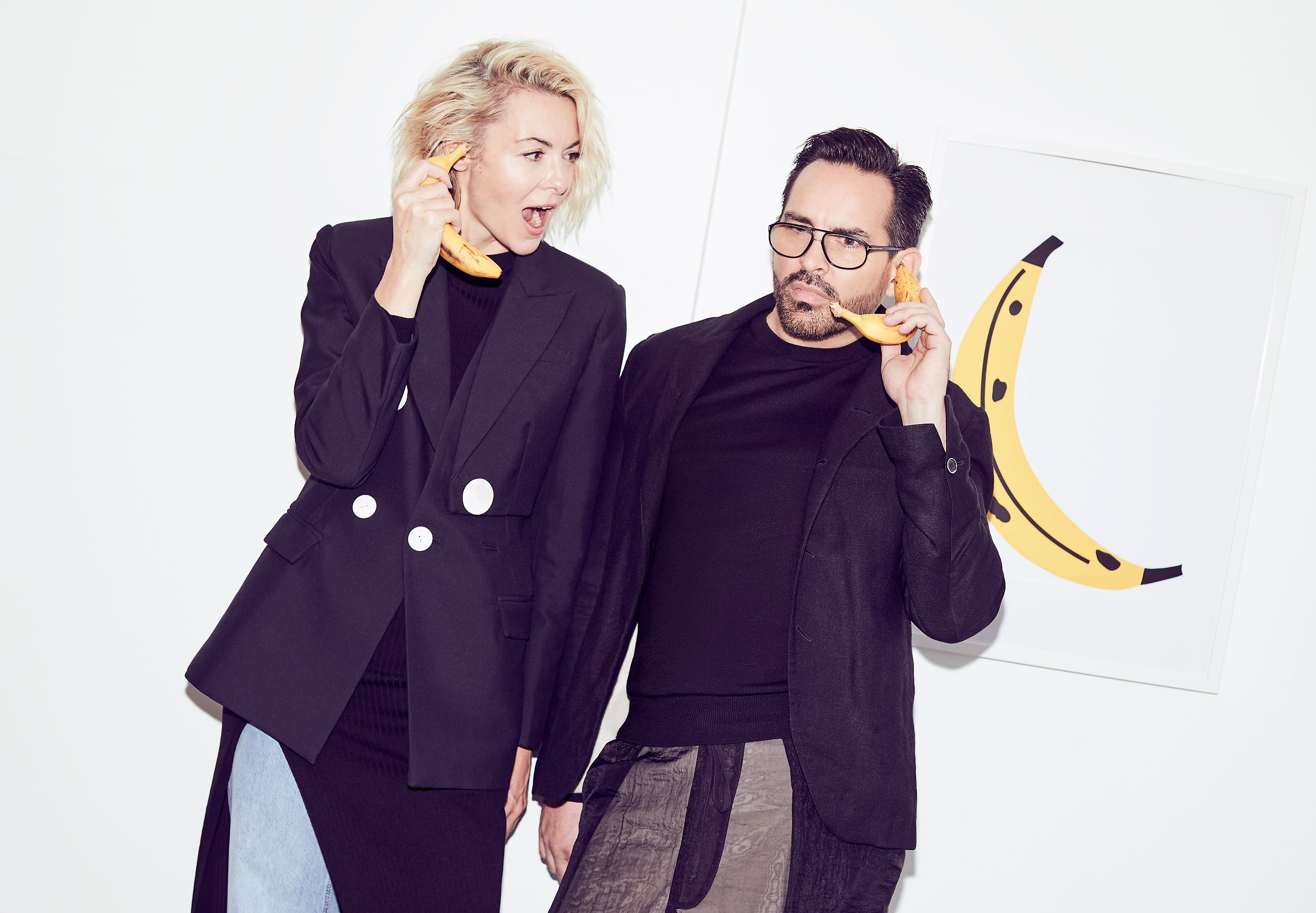 It started as a joke between Shannon Heth and Beau Nelson, long-distance best friends who have spent 22 years helping each other through the best and worst moments of their lives. Nelson, in particular, had done a lot of personal transformational work and felt like a decent armchair life coach. “Shannon would call me, and I feel like I was just channelling information, but she’d be like, ‘You should write a book!’ and I’m, like, ‘Yeah, I’m going to call it Cinderella, You Bitch. You Almost Ruined My Life.’ We would laugh, and then we would move on.”

Now, the two are on the verge of releasing their debut book, Cinderella, You Bitch: Rescue Your Relationships From the Fairy-Tale Fantasy, doubling as a self-help step-by-step and a cathartic hangout with your fun-and-feisty BFFs. Part 1 focuses on the reader’s relationship with themself, and part 2 on the reader’s relationships with others. With chapter headings like “Princess, That Pattern Does Not Look Good On You” (they’re not talking clothes) and “True Self-Love Conquers All,” the text is an extension of Heth and Nelson’s conversations throughout their friendship. Though neither thought of themself as someone who secretly yearned for a personal Prince Charming, after intense soul-searching and self-reflection they realized they had been gaslit for years by that damn glass slipper and what it represents: perfection.

Both Heth and Nelson grew up thinking they were removed from the flawed influence of fairytale endings. Nelson, who is gay, was raised in a strict Mormon family in a small town and felt excluded from the narrative. Heth, a straight single parent, was forbidden by her own mother from playing with Barbies and encouraged to take shop in high school instead of home economics. Since they met in Calgary while working in the fashion industry, they’ve each cultivated high-profile careers: Heth owns her own communications agency in Vancouver, and Nelson is an in-demand makeup artist and photographer in Los Angeles known for his work with many A-listers including Kristen Stewart and Zoë Kravitz. With professional lives predicated on the goal of perfection, they attempted to hold their personal lives to that same impossible standard. “Shannon is the only person I know who works as hard as me,” Nelson says.

Then, in March 2020, the COVID-19 lockdowns and stay-at-home orders plunged both their businesses into temporary slowdowns. Perfection was never more flawed a fantasy than in the midst of a global pandemic. Heth, who had tried writing a book previously, kept returning to the idea of Cinderella, You Bitch, and eventually Nelson felt he had no choice but to follow his personal motto: Okay, why not?

“When the pandemic hit, we both professionally took such a hit,” Heth says. “I was thinking about it today, actually. It was really courageous of us in this time, when the world was crashing down around us, that we still chose to bet on ourselves and each other.” 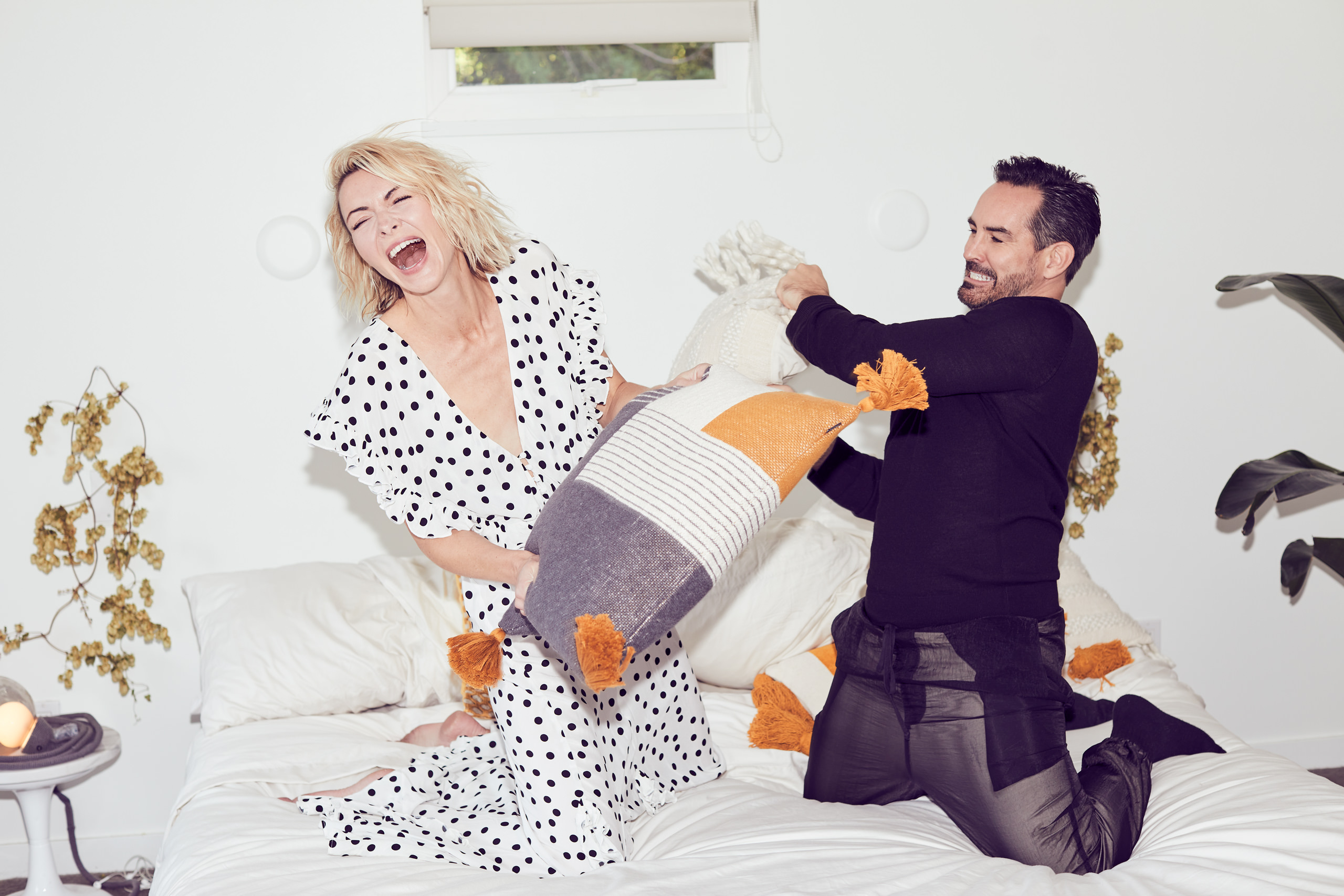 “And it wasn’t easy,” Nelson says. “The first few months of the pandemic, I thought, oh, it’s going to be over and we’re going to be fine. I was sunning myself in Palm Springs, like, ‘I don’t care, I can live for like six months with no money, I’ve got savings.’ But then as things sort of progressed, and I went through a breakup, I ended up getting quite depressed.”

Nelson had experienced depressive episodes before but never with the additional layers of a global pandemic and a looming deadline for his first book.

“We had done quite a bit of work on the book, but there was still so much more to do, and I was not able to do a lot for a while,” Nelson says. “But it did give me something to sort of hold onto. I would drag my sorry ass out of bed, and we would have our meetings, and that was helpful for me. And Shannon was such a support during that time, as well. Then I started to get better, which—thank God, you know? Like, all the tools in the book that we talk about, I had them of course, but with mental illness sometimes you can’t reach the tools you have. And so I needed a little bit of help.”

Now on the other side of writing the manuscript, the pair are still unpacking their relationship to Cinderella, the titular “bitch.” She is an intriguing point of reference for two people whose careers are as close to real life fairy godmothers as you can get. Heth and Nelson turn their clients into the best possible versions of themselves. The observation is met with a long silence and then a huge laugh.

“We’re going to use that now!” Heth says, though if anything, she notes, they felt less like fairy godmothers and struggled more with imposter syndrome.

“I’ve had conversations where I’m like, ‘Should we be doing this?’ Like, we offer each other advice, but should we?” Heth says. “But we’ve been able to provide each other such great support as best friends, and we just wanted to act like that best friend for the reader. We talked to therapists in the book, and we have good resources, but we’re not therapists. And our editor was like, ‘Listen, therapists, if you’re in a pit, will sit by the top of the pit and tell you how to get out. But best friends will climb into the pit with you and bring the snacks and bring the tools and climb back up.’ And we were like, ‘Yeah, that’s what we are.’ We’re the people that are in the pit with the readers, because we’re going through this stuff, too.”

“The tone of the book is almost like a boozy brunch with your girlfriends,” Nelson adds. “But that girlfriend who’s going to tell you, ‘Straighten the f–k out.’”

“We’re marketed and sold this idea of perfection, and that perfection exists but life is really messy,” Heth says.

“So it’s understanding that perfection is the imperfection,” Nelson adds. 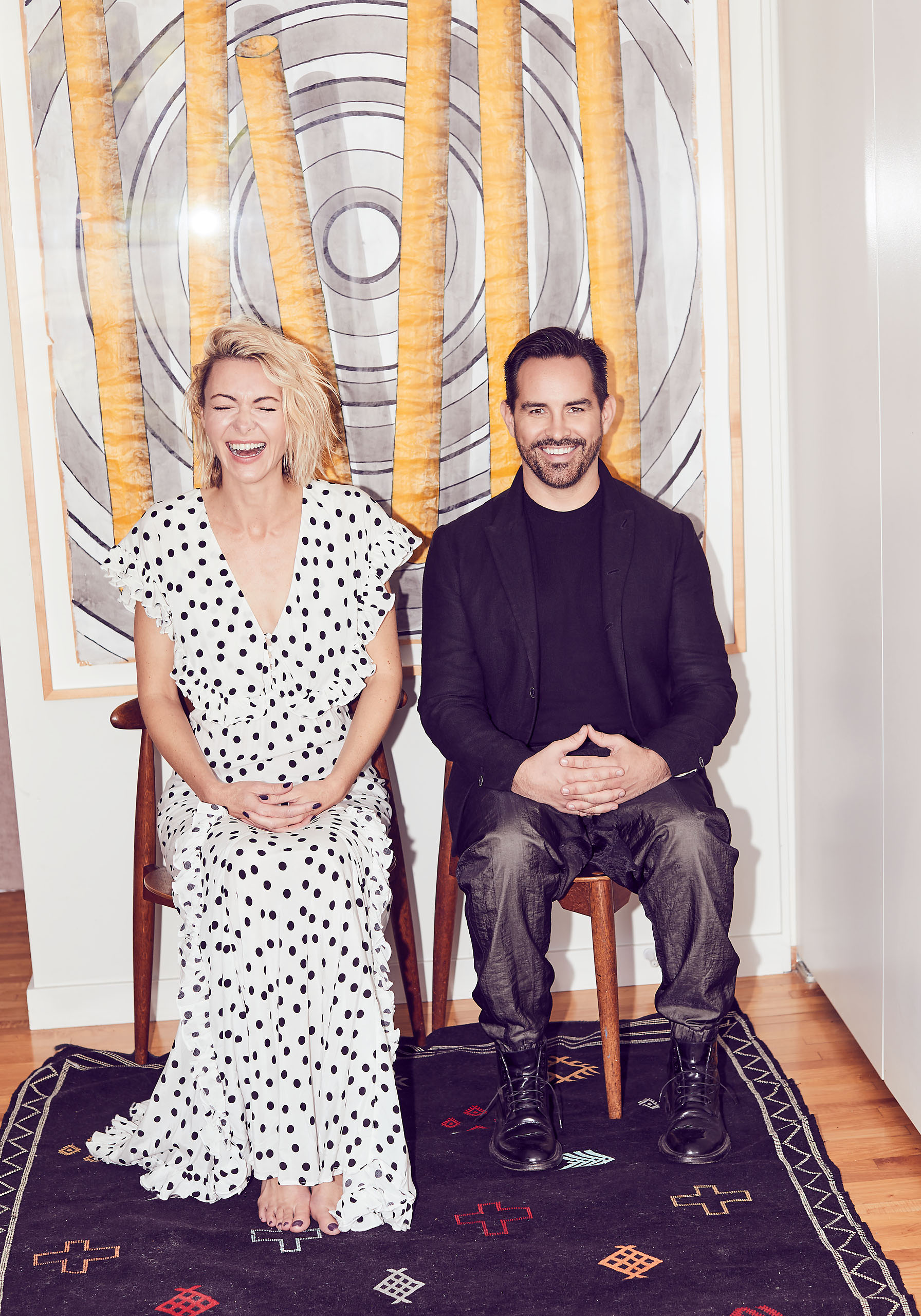 Writing the book became a concrete place to challenge themselves to embrace their own reframing of “perfection is imperfection.” They are candid about breakups and heartache and their relationships with themselves throughout Cinderella’s pages, unintentionally illustrating how real-life fairy godmothers have flaws, complex interior lives, and traumatic backstories. It’s a risk that still causes Heth some apprehension.

“Writing the book was a huge act of vulnerability,” Heth admits. “I had gotten to a spot in my marriage where I really walled things off. I’ve been very good at walling things off and compartmentalizing things and not being vulnerable. Writing the book was an attempt to try to break that barrier down. It’s also a step of growth for myself … to open up to love or criticism or whatever it might be, and to share those personal stories. We had lots of conversations back and forth, especially for me, where I was like, ‘Should I be sharing this? Should I be saying this? Is this too much?’ He was really my sounding board for a lot of it.”

For Nelson, the vulnerability wasn’t so much in the writing but in choosing to share his writing process.

“I don’t talk about mental illness in the book, but I have no problem talking about it with you,” he says. “Because I think it’s important that people know somebody like me—not that I’m famous or anything, I’m just a well-known makeup artist—but that creatives like me, we struggle with stuff like this. And look at all this stuff that I’ve done, in spite of where I’ve come from and how I grew up and the trauma that I’ve experienced. Get the help you need. Sort your shit out, do the work, you have to do the work, and make something of yourself because you deserve it. Everyone has gifts, and ‘Okay, why not?’ is such a huge way into opening those gifts.”

“And I just want to say that one big thing that I realize now: I don’t care so much about what people think. I really just want to make people feel,” Heth clarifies. “That’s what matters.”

Hair by Tania Becker. Read more from the Winter 2021 issue.