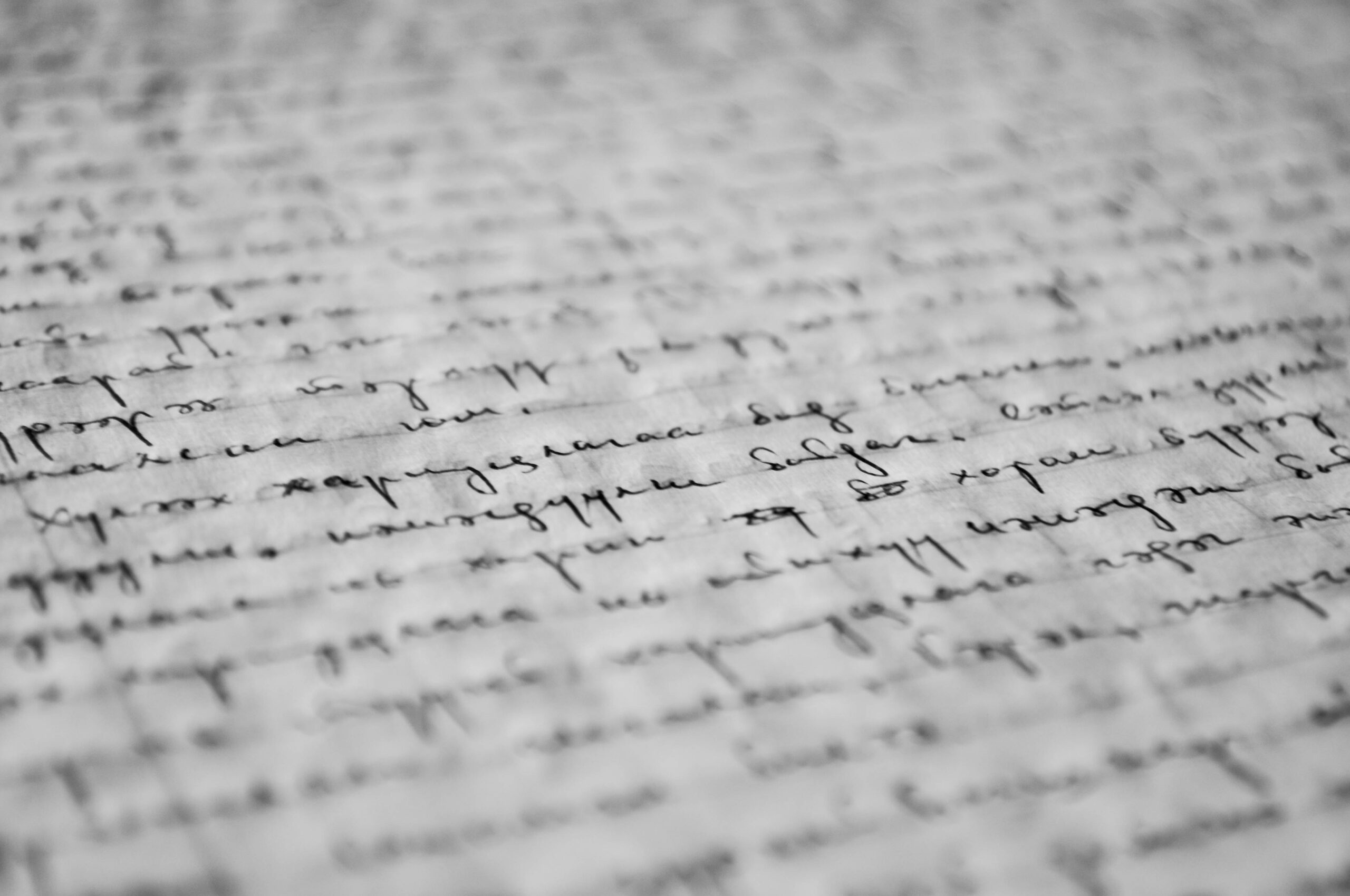 Michael Harris is the award-winning author of The End of Absence and Solitude. His new book, All We Want, is on bookshelves now.

When I was an inexperienced writer, I embraced ease. I enjoyed the speed of typing, the clarity and grace of Times New Roman, the way an infinitely reworked Word document appears forever pristine. (Why keep a record of the 11 alternatives I tried before settling on “said”?) But now something had changed. To write on a screen felt like gliding, brushing, skimming the surface. I was hungry for a messier, deeper experience, something closer to an artisan’s relationship with wood or clay. I wanted to wrestle this new book into being.

Forgoing the speed and illumination of my laptop, I picked up pencils and legal pads instead. The effect was painful at first—then fantastic. By slowing the production of each word, I chose with more care. Sentences that once rushed out as fast as I could think now hit a useful log-jam at my pencil’s graphite tip, a frustrating funnel that made me rework phrasing and cadence. In this way, by designing extra labour into the process, the scratched-up pages matured; they grew (by marginalia and corrections) into something beyond what I could have written on a keyboard. The labour, in other words, produced the book as much as I did. Remove the hassle, and the book would suffer.

The pencil is a tool; the laptop is a machine. The philosopher Ananda Coomaraswamy describes the difference:

The carpet loom is a tool, a contrivance for holding warp threads at a stretch for the pile to be woven round them by the craftsman’s fingers; but the power loom is a machine, and its significance as a destroyer of culture lies in the fact that it does the essentially human part of the work.

What is the essentially human part of my work? Or yours? Perhaps it’s the part of the work we can never master and therefore obsess over. The scribbled afterthoughts, the crumpled paper piling in the bin—the proof of the difficulty itself. Maybe the essentially human part of writing a book is the realization that we never quite say what we feel, what we think. And the labour, that struggle, is exactly what our word processors—and machines of all kinds—eliminate.

The distance between tools and machines is where we lose our craft. Tools (pencils, carpet looms, and the like) strengthen the experience of making. When the machine arrives, it steals the experience, driving us toward end products instead. Our technologies, in other words, don’t just change the speed of creation—they change its tenor. And it’s a change we barely notice because it has saturated our lives for so long.

In the 19th century, English homes filled with teacups and sideboards, pianos and paintings, all the flotsam of modernity. To celebrate all that marvellous new stuff, Prince Albert and the innovator Henry Cole organized the Great Exhibition of 1851—an inaugural world’s fair that assembled the splendours of the manufacturing age in the Crystal Palace in Hyde Park. Among its 13,000 or more exhibits: a Jacquard loom, to automate weaving; a reaping machine, to automate farming; kitchen appliances, to automate food preparation; daguerreotypes, to automate picture-making; and so on. Karl Marx reported, “With this exhibition, the bourgeoisie of the world has erected in the modern Rome its Pantheon, where, with self-satisfied pride, it exhibits the gods which it has made for itself.” The slow production of artisans was a liability in this modern age. Soon, all creation would be fast creation.

Even in England, though, where the precision and speed of factories was warmly embraced, alternative attitudes cropped up. Socialist thinkers championed a middle space where human experience and machine abundance could be balanced. The Arts and Crafts movement flourished after the world’s fair, steering aesthetics toward handmade objects and technical craftwork. The florid textiles of William Morris and the stained-glass windows of Charles Rennie Mackintosh raised an eyebrow at the plentiful offerings of the factory floor.

Today, that brief Arts and Crafts rebuff has fallen by the wayside (indeed, the works of Morris and Mackintosh have themselves been mass-produced). Only rarely does our creative work bear witness to its own production—no fingerprints nor chisel marks nor records of any kind. And in the same way that our lives are filled with clean, fresh products whose origins remain unknown to us, the things we create on computer screens pretend to have no past at all—we seem to fear the made-ness of things. We want to pretend everything is born perfect.

The architect Renzo Piano has described how CAD (computer-aided design) derails the creative process by removing labour: traditionally, an architect draws and redraws the site and building by hand. “This is very typical of the craftsman’s approach,” Piano says. “You think and you do at the same time. You draw and you make.” That was what I wanted when I snapped shut my laptop and pulled out the legal pads, the box of No. 2 HB pencils. I wanted to build up my book’s meaning as I went, feel its prose in my whole hands and not just my fingertips. I wanted to see my errors and fragile first thoughts. I wanted to see the waste
bin overflow.

Perhaps I wanted to record all that labour because it would prove I had tried. Others will tell me what they “got” from the book. But I can tell myself what I gave to it.

Our work can be so much more than a hassle—it can be the point. The human pace of labour, if sped up, narrows experience. We lose the vitalizing chance to invest in the thing we’re producing. That is the double edge of all technology—along with ease, removal, and amnesia.

So by scratches and crumpled pages, I proceeded—only shuffling my work into its bright digital tomb when it was too tired to grow anymore. Only giving up on the slow chaos of paper and pencil when, by some strange alchemy of mistakes, a book arrived at last.