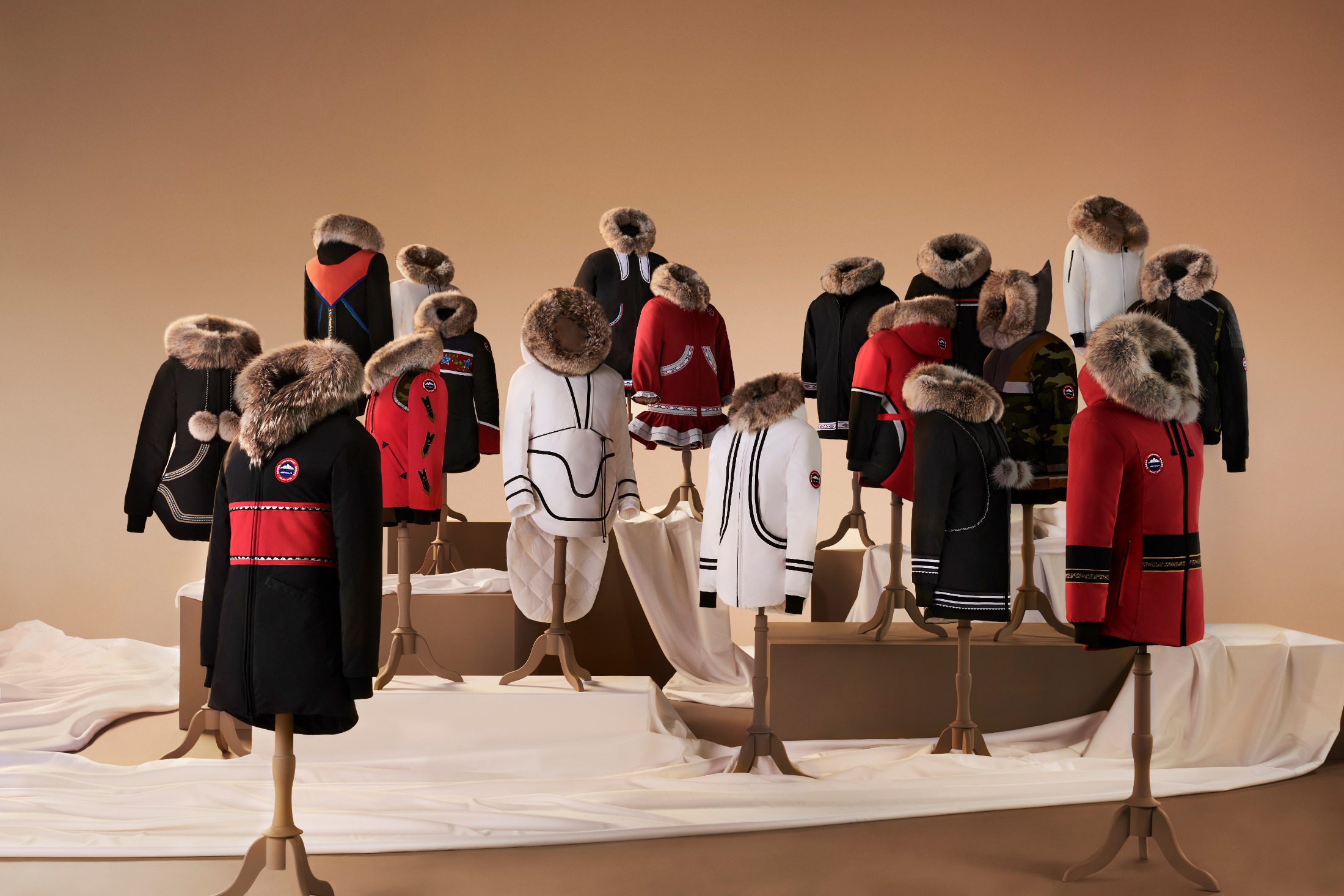 It’s mid-January and New York’s in the middle of a biting cold grip. Which means there are two constants: the gum is frozen on the sidewalks and Canada Goose parkas are seemingly everywhere. Since New York has adopted our national jacket as its own, it made sense for Canada Goose to launch its bespoke Project Atigi here amidst this sea of appreciative wearers.

But this isn’t any ordinary fashion launch. Yes, Project Atigi is about handcrafted parkas, and yes, they are designed to withstand -30˚C temperatures. But the heart of this project is showcasing the 18 Inuit designers from Inuit Nunangat—the Inuit homeland in northern Canada—who conceived of and crafted these limited-edition pieces.

Now in its second year, Project Atigi celebrates the expertise and generations of craftsmanship that has enabled Inuit to live in some of the coldest places on earth. 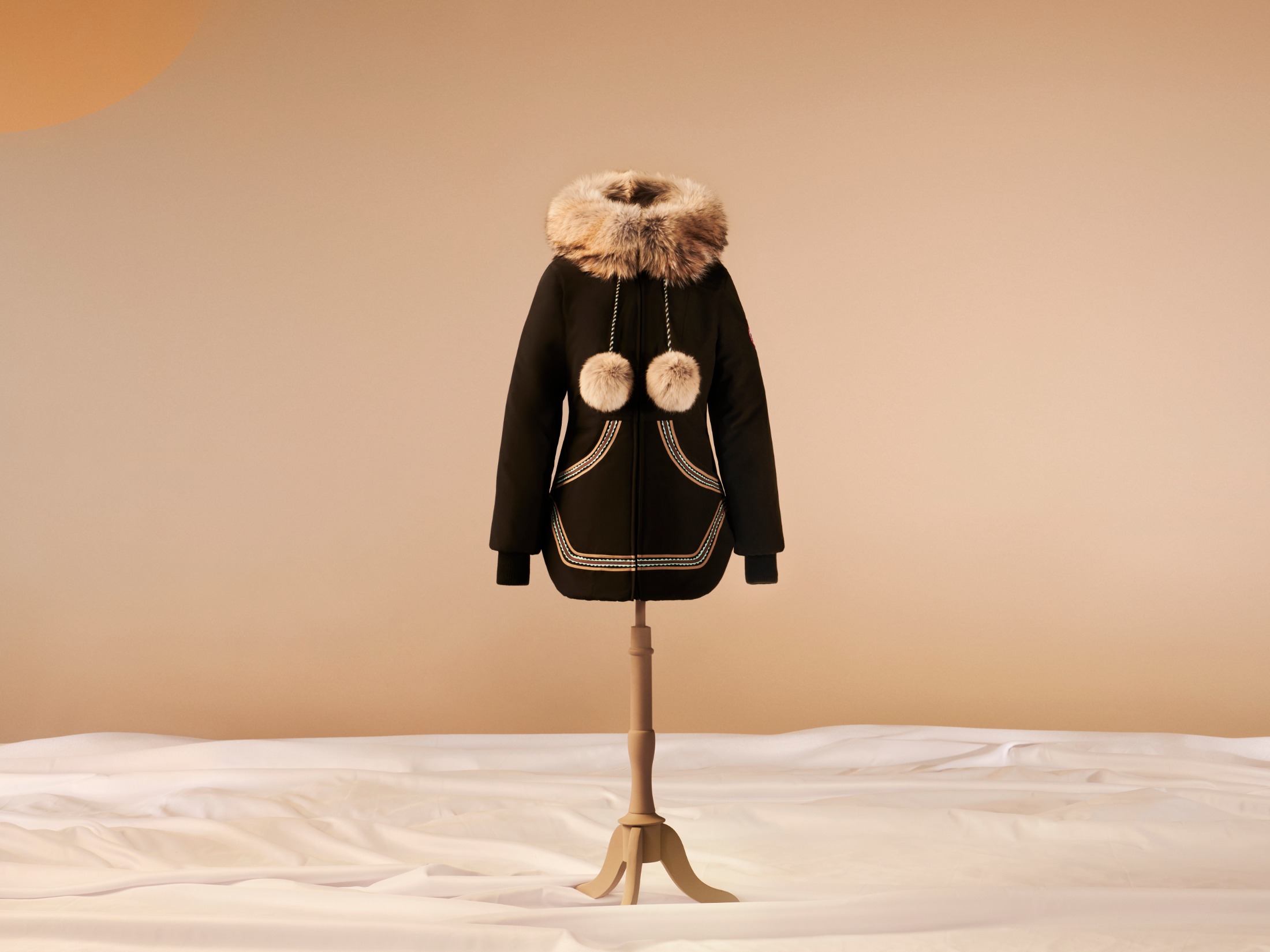 In this partnership, the Inuit and their ancestors come to the table as the world’s OG parka makers. Canada Goose, founded in 1957, is the pioneering clothier to Canada’s Arctic bush pilots and comes with a global platform and a desire to showcase the talent hidden in Canada’s far north. This social entrepreneurship idea builds on the success of the first launch by expanding to feature 90 bespoke pieces created by 18 Inuit designers from 12 communities.

In partnership with Inuit Tapiriit Kanatami (ITK)—the national organization that represents and advocates for the rights and wellbeing of the region’s 51 communities—Canada Goose’s team alighted on these 18 female designers to each create a collection of five jackets which reflects their heritage, communities, and artisanship.

By day, these women are mothers and grandmothers, nurses, teachers, office workers or small business owners; by night, they’re all designers in their own communities with incredible craftsmanship and creativity. Project Atigi brings their handmade work to the forefront and celebrates this rich heritage. 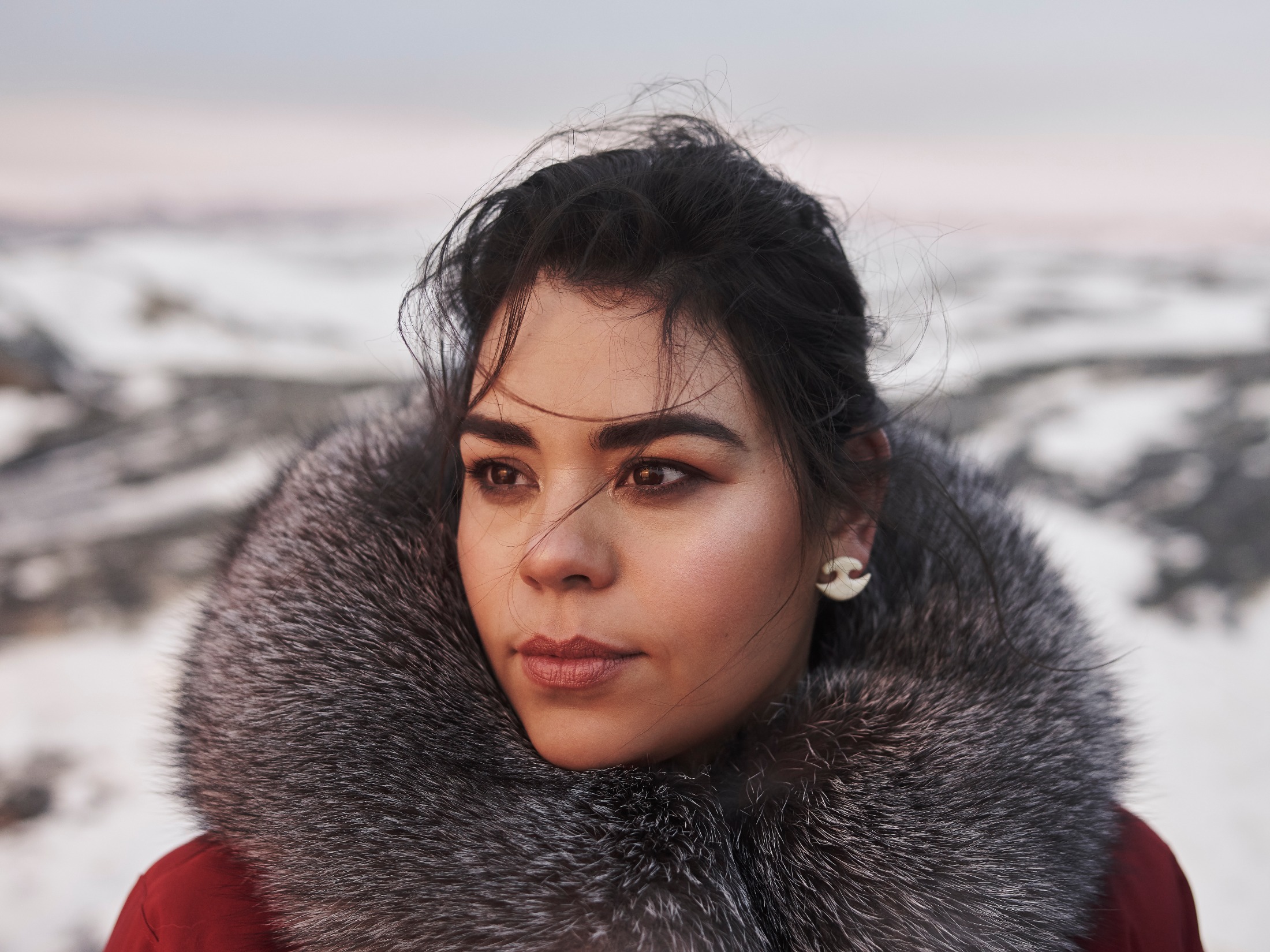 “This partnership means a lot where we’re all working together for a good cause,” says designer Parniga Akeeagok. “It showcases our art and our heritage globally.”

“Project Atigi was born in the North, created by the North and for the North,” says Canada Goose’s president and CEO, Dani Reiss.

“We want this to be an example of appreciation not appropriation,” says Natan Obed, president of ITK. “Canada Goose has worked hard so that intellectual property is that of the designers.” 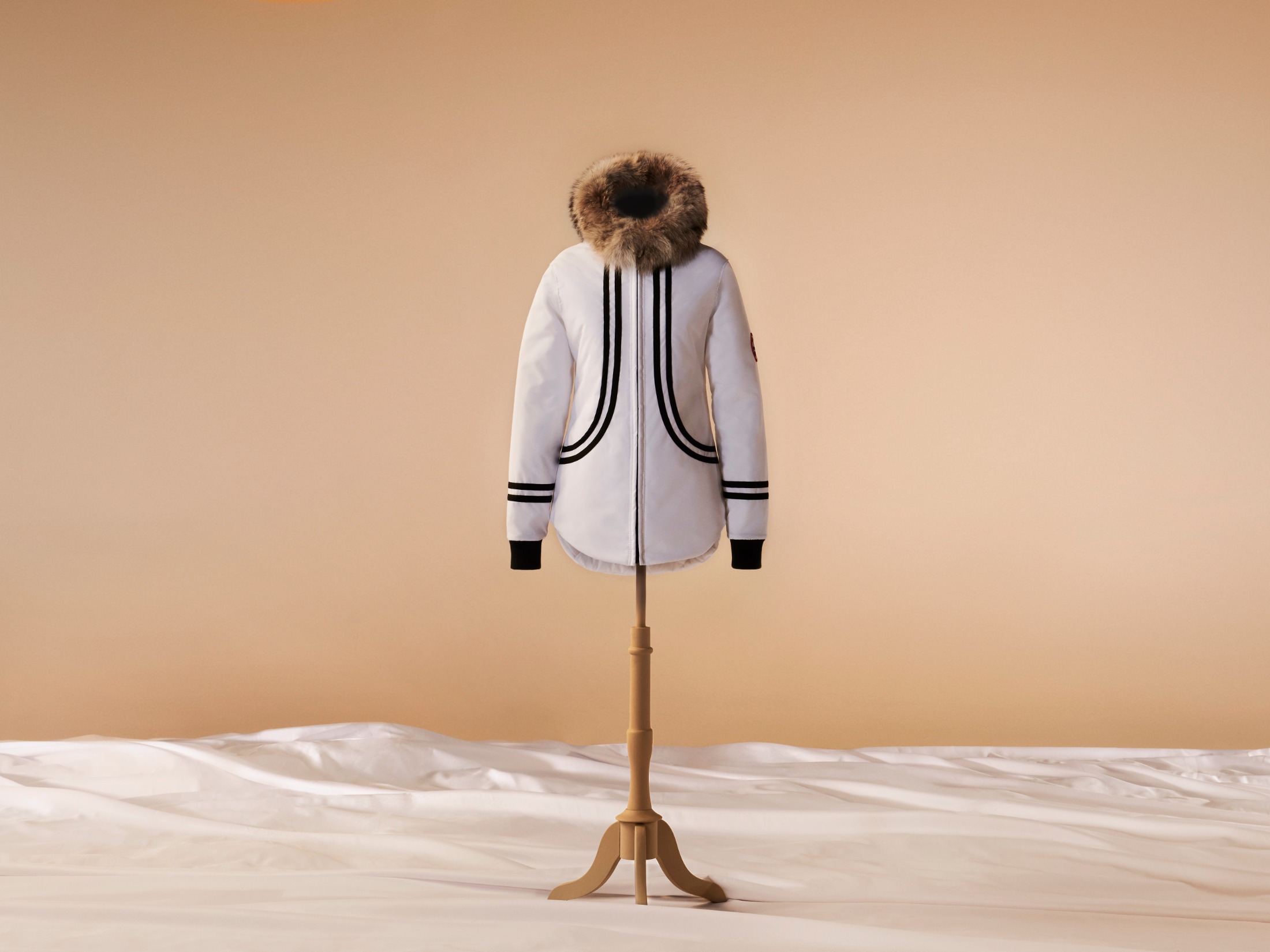 Each parka is an expression of the designer’s unique point of view and a deeply entrenched desire to pass their skills down from generation to generation. All proceeds from the sale of each parka in the collection will go to Inuit communities through ITK, which uses research, advocacy, public outreach and education to advocate for Inuit health, wellbeing and prosperity through unity and self-determination.

“We’re leveraging our global platform to share Inuit craftsmanship with the world and to create social entrepreneurship opportunities in the communities that inspire us,” Reiss says. “When you purchase a Project Atigi parka, you’re making an investment in the place and people that shape them.” 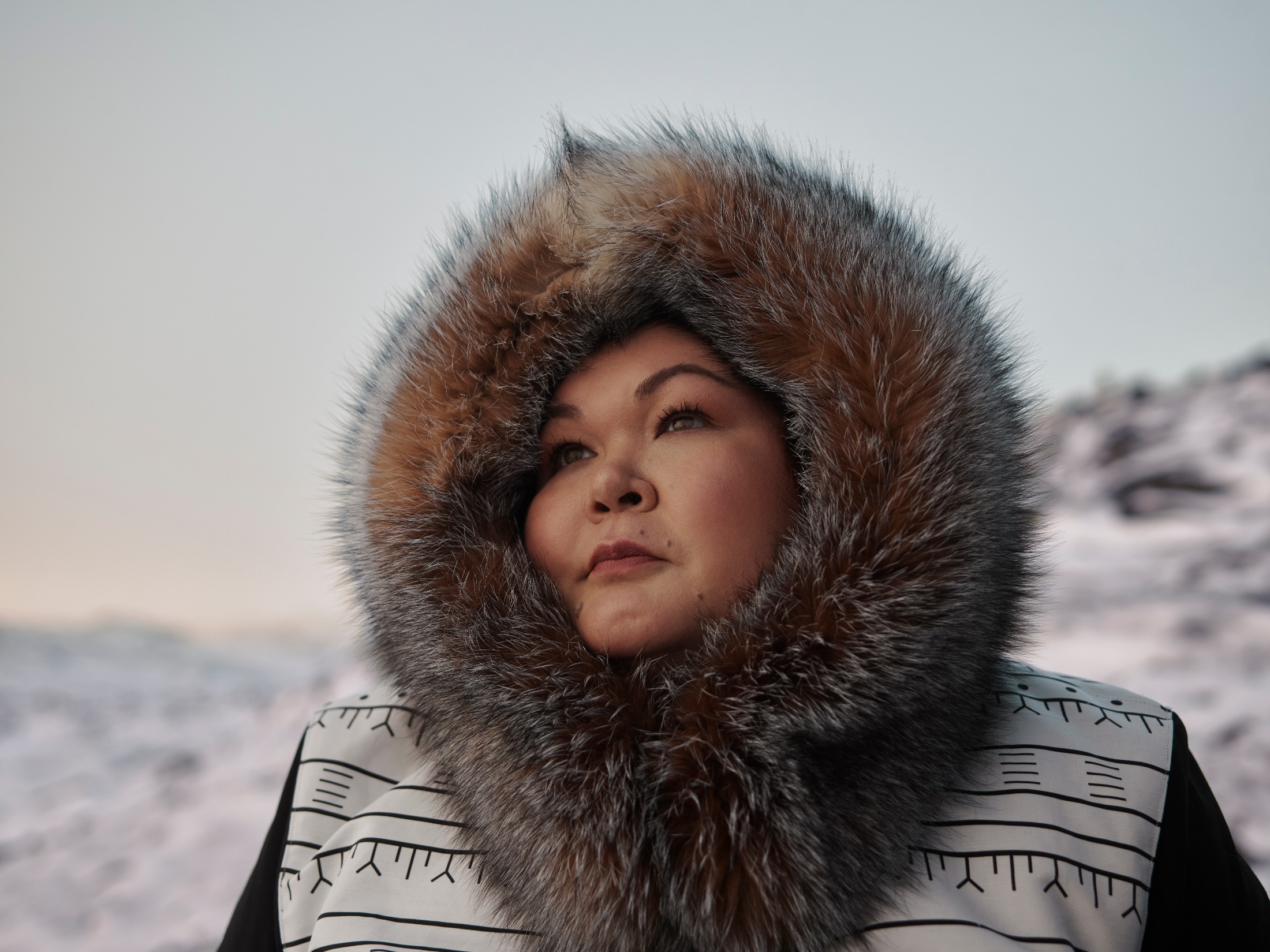 The Project Atigi 2020 collection, featuring both men’s and women’s styles, will be showcased in Toronto, New York and Paris, and then available for purchase online at canadagoose.com or by contacting projectatigi@canadagoose.com beginning January 23, 2020.

Never go out of Style.