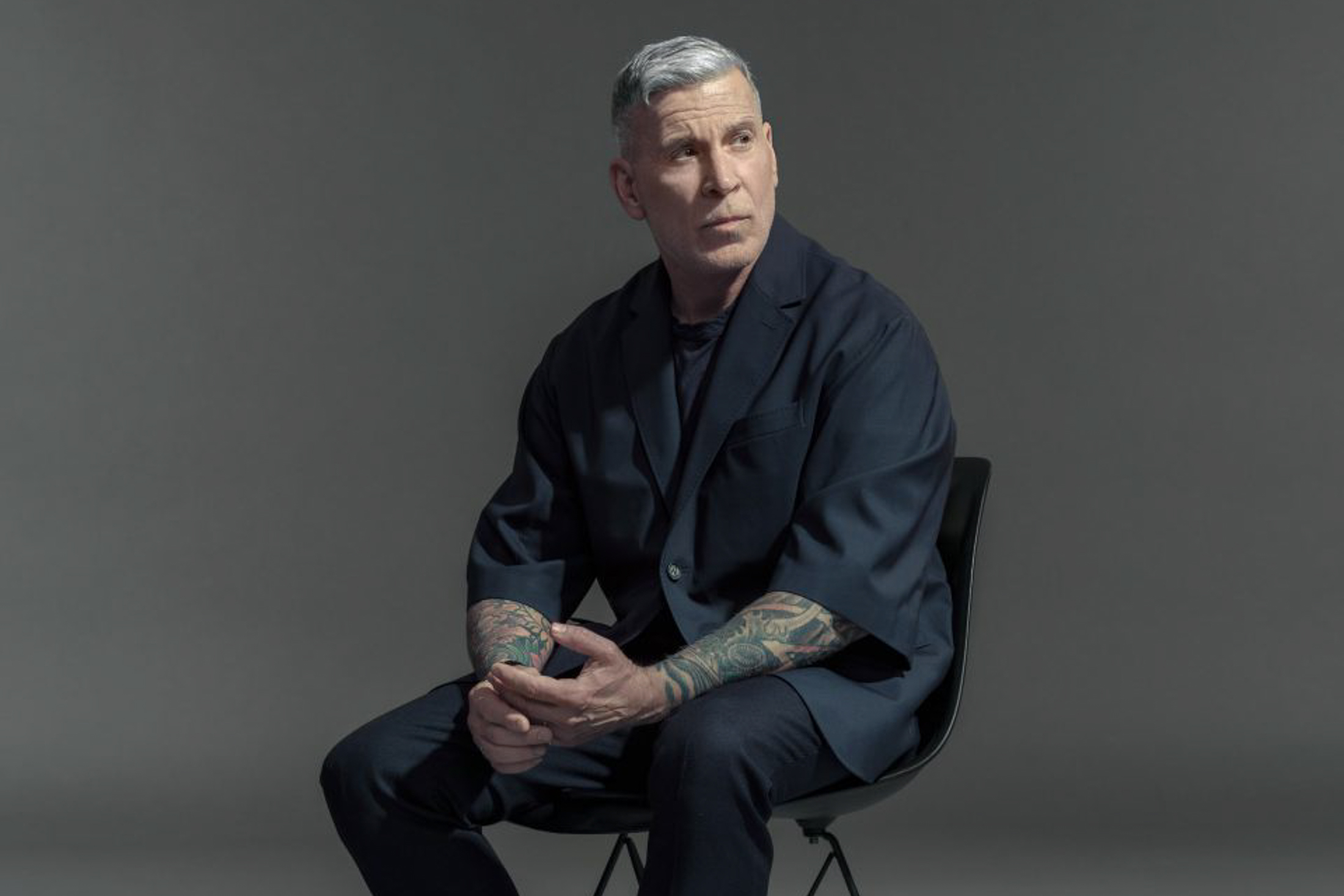 “Casual doesn’t have to mean sloppy,” Nick Wooster, once described as the alpha male of American street style, told us in a private Nordstrom Pacific Centre room two years ago, as he prepared to launch his then-latest collaboration. In this story from our archives, he shares his inspiration.

And no, not a free agent in the sports kind of way. He’s not really interested in sports, actually. Fashion is more of his thing. He is, after all, “the alpha male of American street style,” as GQ once put it. But like an athlete not bound to a team, Wooster does not have commitments that restrict his actions in the game of fashion. He’s a chameleon, a shape-shifter constantly morphing into the roles of consultant, buyer, creative, and stylist. Unshackled from the nine-to-five lifestyle, the menswear idol builds his fashion legacy with freedom and satisfaction. Nick Wooster does what Nick Wooster wants.

Seated in a private Nordstrom Pacific Centre room overlooking the Vancouver Art Gallery, Wooster is minutes away from stepping out onto the department store floor to launch his collaboration with luxe sneaker brand Greats. He is wearing the Royale shoe from the capsule collection, pairing the leopard-spot calf-hair sneaker with drop-crotch trousers and a grey tailored blazer. Although the silver-haired, Kansas-born New York resident’s resume reads like a fashion grand prix—clothing buyer at Barneys, fashion director at Neiman Marcus, design director at Ralph Lauren, and merchandiser at Calvin Klein, just to name a few—the industry still excites him. The life of a freelancer means portability, and that’s exactly what Wooster thrives on. He is a multi-disciplinary figure constantly pushing boundaries and working on collaborations with brands like Cadillac, Lardini, Five Four, and The White Briefs. 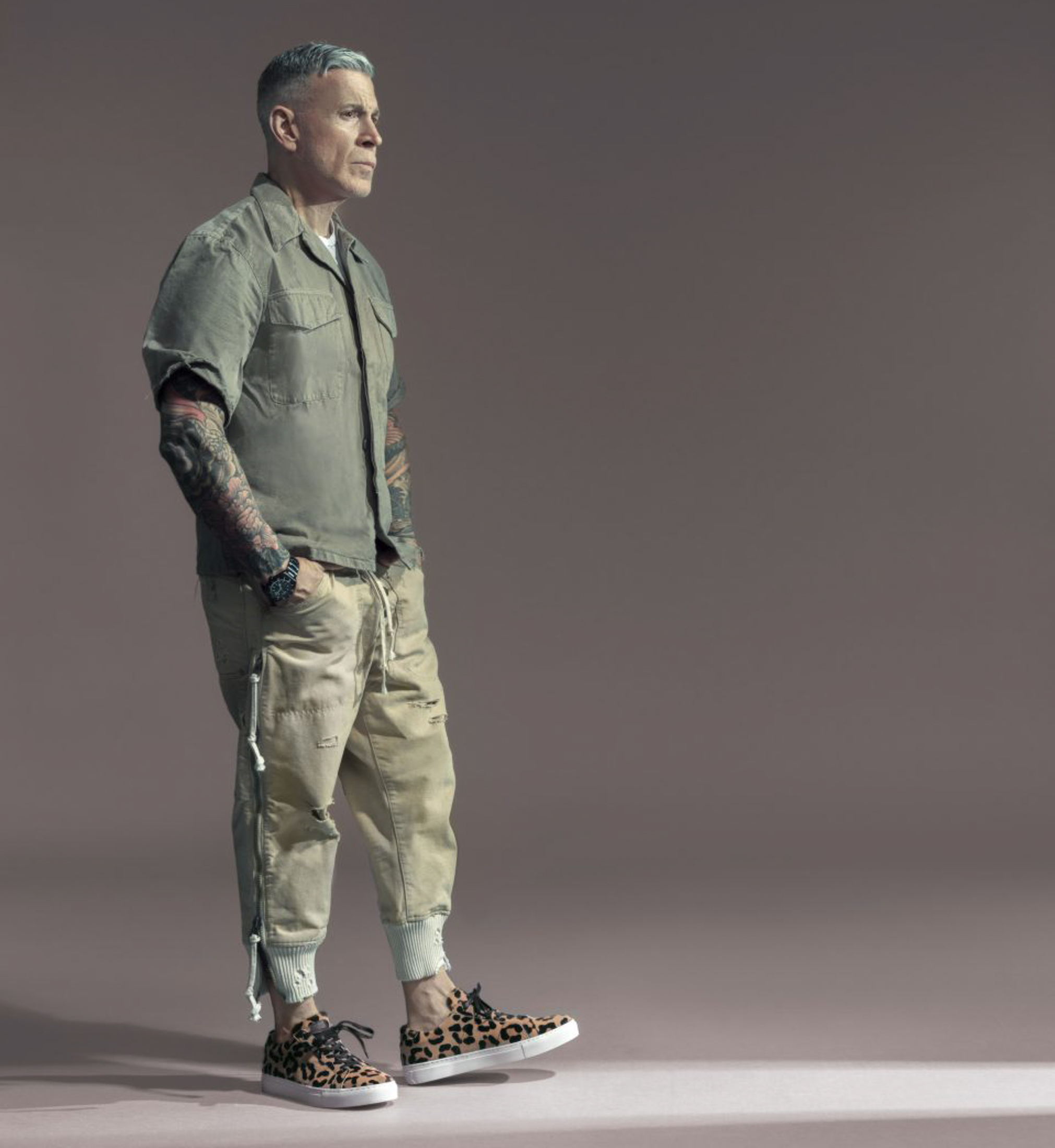 Still, Wooster makes one thing clear: he is not a designer. So when conceptualizing a partnership like this one with Greats, his inspiration comes from one simple question that he often asks himself: “What do I want to wear?” Although beloved for his pompadour quaff, tattoo sleeves, and hipster moustache (which has not made an appearance as of late), Wooster’s reputation in fashion revolves around his incredible ability to pair together the unexpected—think patterned shorts with a blazer. “I can’t believe how I dress for work: shorts and sneakers?” Wooster says of his recent Nordstrom x Greats tour outfits. “They’re two things that were never considered appropriate for work.” He notes that he has become “a victim” of the laid-back trend currently sweeping through the menswear industry, and he’s all for it, especially with the sneaker being the centerpiece. “Casual,” he confidently adds, “doesn’t have to mean sloppy.”

Like most of us, he creates outfits based on two things: the weather and the occasion (although, he does follow the idea that it is better to be overdressed than underdressed). “I think Tom Ford was actually the one who said this, so I can’t take it as my own, but I do believe getting dressed is a form of manners,” he says. “How you present yourself kind of shows your level of interest and respect.”

It’s that awareness that has made Wooster an Instagram superstar. He has been known to call his visual feed his 401(k), with more than 750,000 people following his every fashionable move. He is constantly a presence on street style blogs, having been captured by the likes of prominent fashion photographers Scott Schuman and Tommy Ton during Pitti Uomo and Paris Fashion Week. With one glance at his white-as-snow beard emerging from various runway shows, style enthusiasts immediately know it’s Wooster. He is conscious of the idea surrounding the social media “influencer” and that people notice what he wears on a daily basis, but he admits that he doesn’t know “what I’m really influencing.” At the end of the day, Wooster is just being Wooster.

“The only thing I know I can do well is dress myself,” he says, laughing in a matter-of-fact way. “I know I’ve done this for over 10,000 hours, so I would guess I’m probably an expert at it. But that’s all it is: I just dress myself.”

The last time Wooster was in Vancouver was 1982. He was 22 years old at the time, a budding young fashion enthusiast with a career of greatness ahead him. Today he returns here as an authoritative figure in menswear, with a crowd of fans awaiting his presence (one young man even takes off his shirt for the “Woost God” to sign). The city has changed since he was here last. “I’ve changed,” he acknowledges. “Lots has gone on.” The pursuit of growth—it’s what makes Wooster fashion’s most-wanted free agent.

This story from our archives was originally published on July 27, 2018. Stay in fashion.