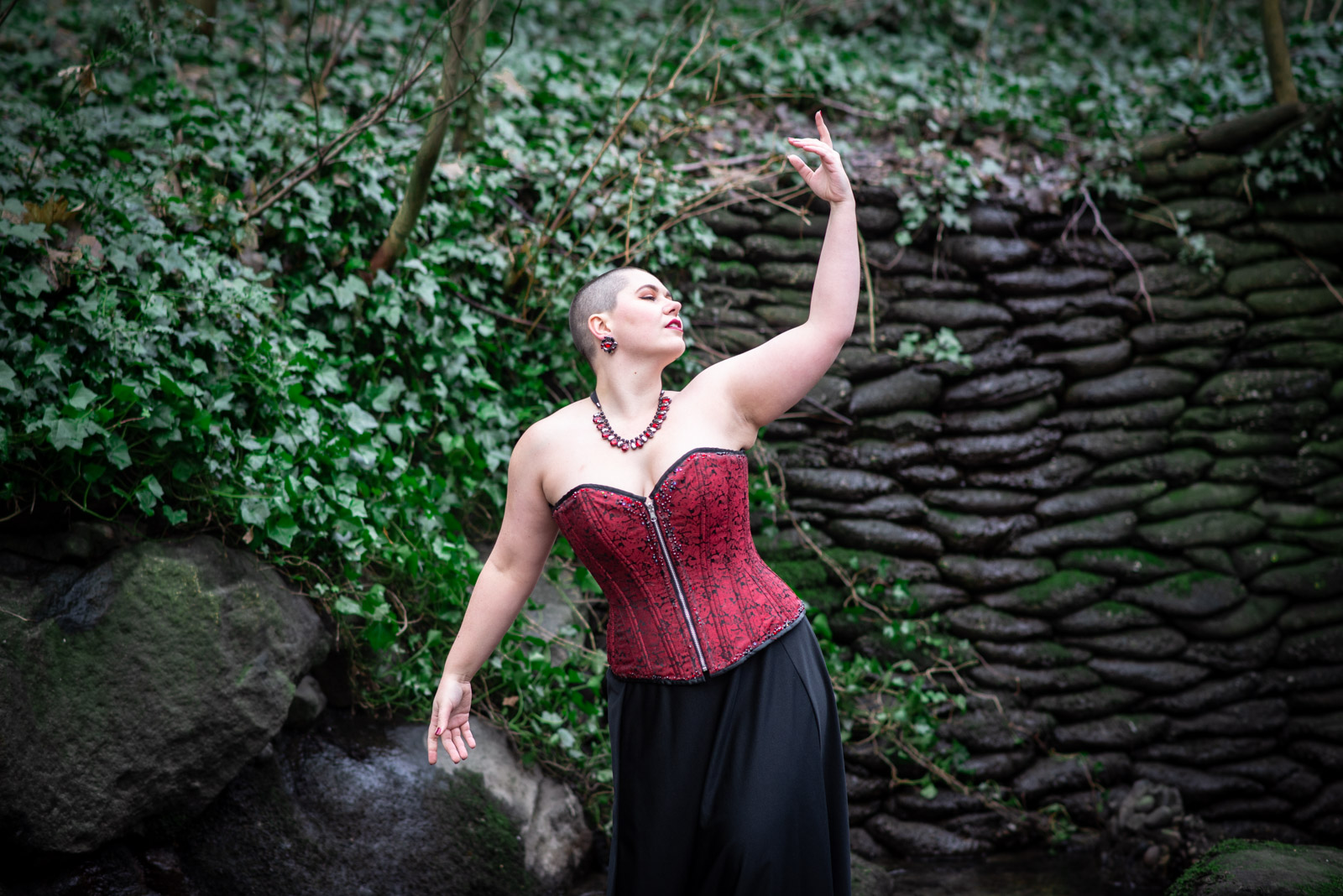 As the 1960s came to a close in London, the world still emerging from Beatlemania, a group of would-be provocateurs was developing a look that would, in a few short years, explode onto the scene and change fashion forever.

The new movement’s arrival was explicitly announced in 1974, when four-foot-tall pink rubber letters spelling “S-E-X” rose over the door at 430 Kings Road, Chelsea. The storefront, previously known as “Let it Rock” and “Too Fast to Live Too Young to Die,” ran counter to the cultural taboos of the time, with a punk aesthetic featuring leather straps and navel-scooping necklines on muscled white mannequins. It raised the eyebrows of the respectable, who shuffled away for fear the promise of sex might be contagious, while enticing sex workers and the fashion-forward West London elite alike.

The boutique, run by Malcolm McLaren and Vivienne Westwood, became known as a palace of “rubberwear, glamourwear, and stagewear.” The forefathers of punk, Johnny Rotten, Steve Jones, Paul Cook and Glen Matlock⁠—better known as the Sex Pistols⁠—are all said to have worked there at one time or another. But beyond being a hub for the punk movement, SEX crucially gave Westwood a platform to confront the mores of fashion and feminism.

The store turned the streets of London into the first catwalk to feature Westwood’s designs. Not only did she design T-shirts that unabashedly featured women’s bare breasts, or political and pornographic slogans, she also reinvented a polarizing garment that has since become synonymous with her brand: the corset. 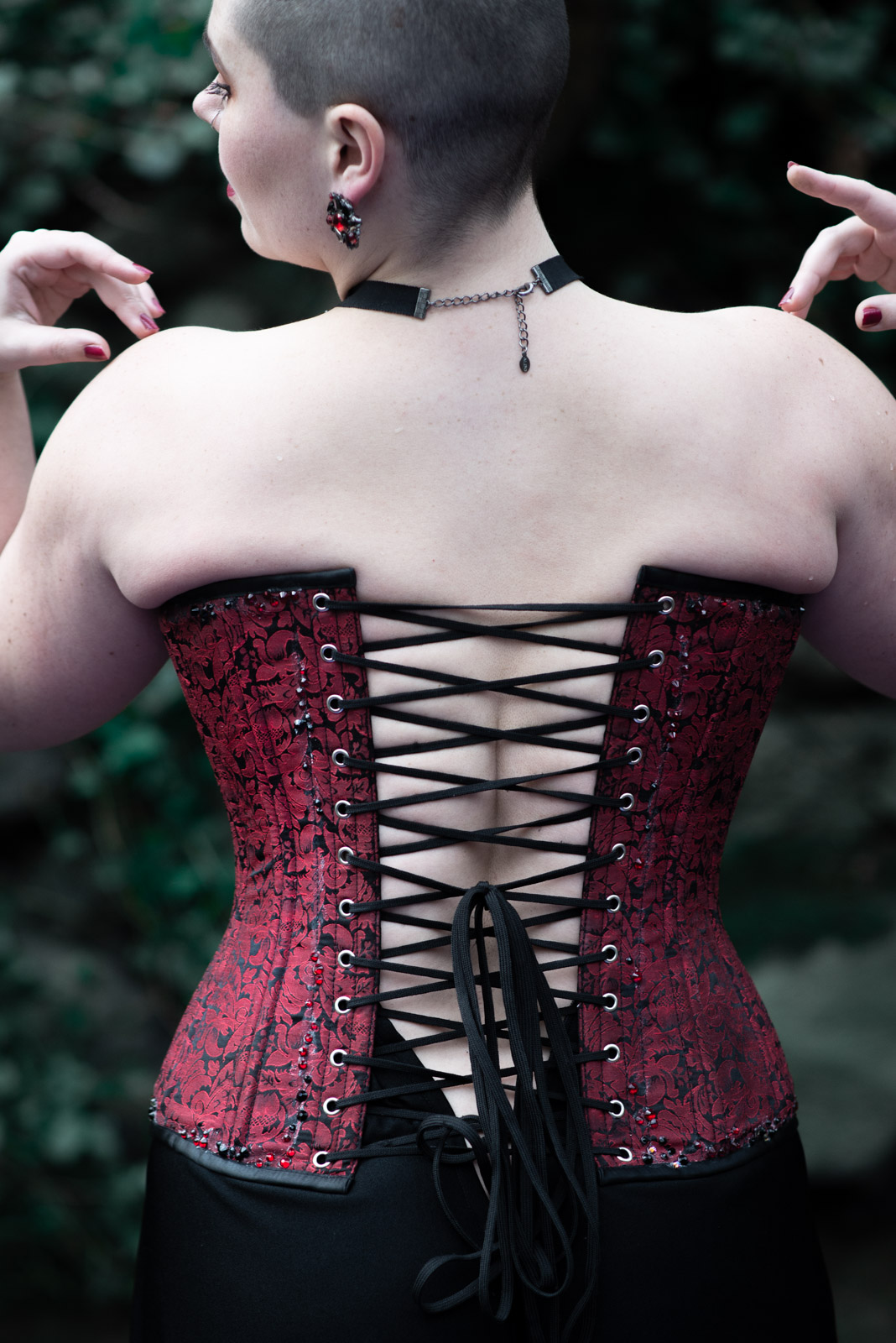 Stitched up and torn apart by the world’s changing views on fashion and feminism, the corset has so thoroughly captured our cultural imagination that we return to it like an old flame. It has been an example of both female liberation and oppression, romanticism and punk, queerness and femineity. The garment is a canvas on which renegades and trendsetters paint their impressions of modernity.

Throughout the 20th century, the corset has been a battleground of women’s fashion, so much so that its actual history has been blurred and distorted. In 1920, Coco Chanel⁠—the consummate rule-breaker⁠—launched an offensive against the corset and thus, she thought, freed women forever. But for designers such as Westwood, who in her 2014 memoir wrote, “the only reason I’m in fashion is to destroy the word conformity,” the corset was punk body armour, freedom from a world of conformist Coco-esque little black dresses that had become constraining themselves.

The scholarship around corsetry is robust but not unanimous. Examination of ancient artifacts suggests corset-like garments were worn by ancient Minoan women in Knossos under the bust with their breasts exposed. In the 1300s women wore soft, fitted bodices that cinched at the waist over linen shifts. Elizabeth Ewing explains in her 1978 book Dress and Undress: a History of Women’s Underwear that Catherine de Medici introduced the French court to the corset in the 1500s. The French embraced the hourglass shape but the corsets weren’t as constrictive as later versions because the laces would tear under too much strain. 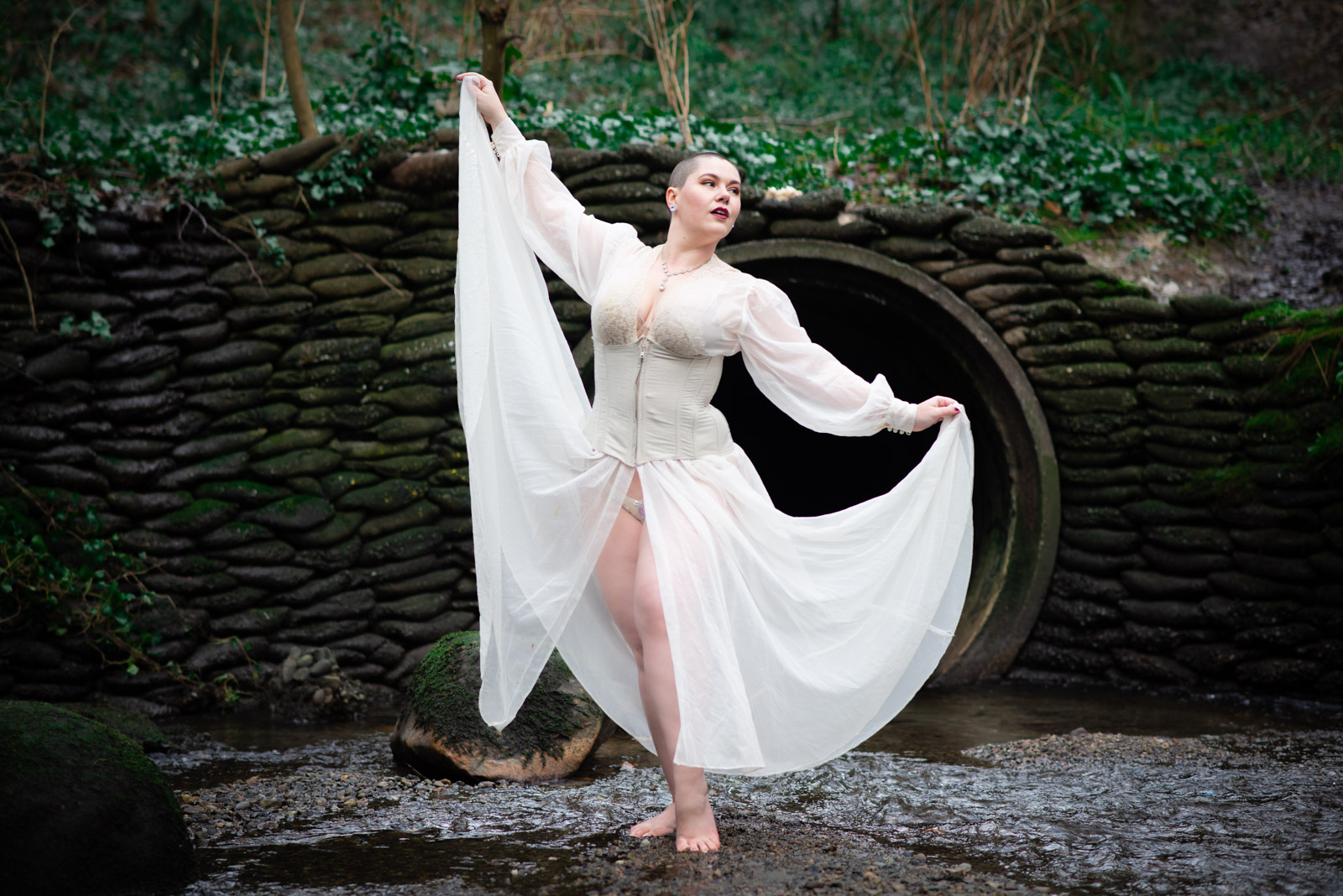 By the late 18th century, corsets had become increasingly structured and were made with wood, horn, ivory, metal, or whalebone. Stiff diamond-shaped stomachers were also added for decoration as corsets were used as outerwear as well as underwear. The shape, length, and fit of garments evolved over the centuries as the ideal body shape changed.

Lace bodices called stays that stiffened the torso into an inverted cone shape and functioned as an undergarment to make clothing drape better were popular in England and France and worn on formal occasions, but were not mandatory in daily life as some now believe. Later corsets thrust the hips backward and the bust forward to create the “S” shape that was preferred in the 1910s.

Coco Chanel’s objection to the corset, combined with her military-inspired collections, offer a clue to why the corset was subsequently cast off: During the First World War, as women entered physically demanding workplaces, restrictive undergarments simply weren’t practical. The American War Industries Board also asked women to stop buying corsets to free up metal for the war effort. Fashion was adapting to need and Chanel’s styles mimicked a softer, more androgynous silhouette that endured into the twenties. For a while it seemed as though the corset might be gone forever, with only a brief resurgence after the Second World War among high-society women seeking some glamour to make up for the austerity of the war years.

These changing body ideals have incited heated debate about the function of corsets. To this day, many believe them to be torture devices that bent women’s bodies to the male gaze. This overlooks the silhouette-enhancing pieces men also wore throughout history (including corsets), and the girdles and garters that were popularized by Christian Dior in 1947 and still served to shape the female body, just without the bodice. It wasn’t until the 1960s that women were, for a time, free of body contouring underwear. The liberation movement fully embraced natural shape and for the following 30 years, corsets received little thought.

It was this lull, the momentary exhale, that made corsets the ultimate punk object. “You couldn’t imagine the Punk Rock thing without the clothing,” Westwood said. And there is nothing more punk than wearing the opposite of everyone else. 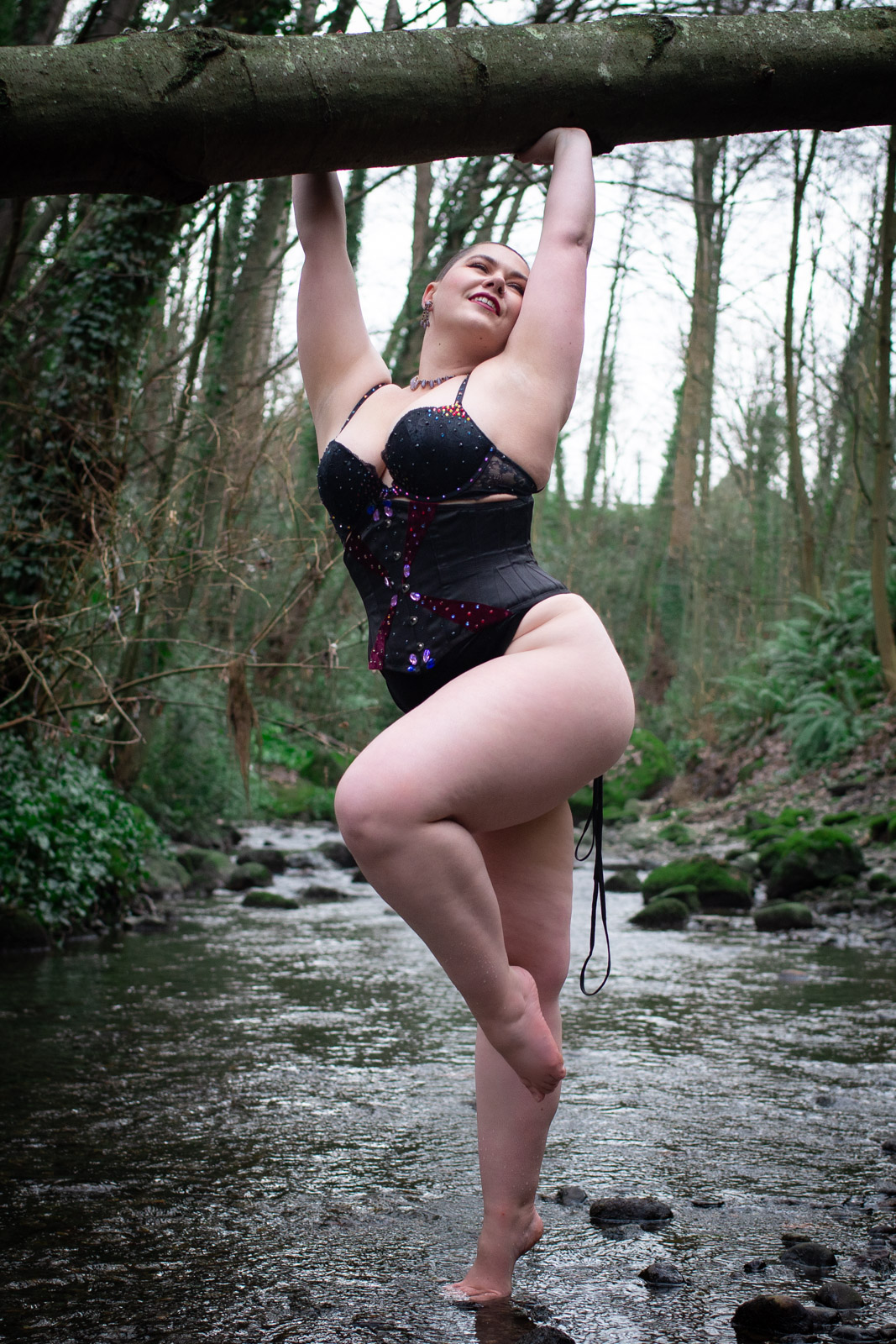 We are in the midst of the most recent corset renaissance. So much so that the fantastically costumed Shondaland period drama Bridgerton has its characters wearing cropped corsets, even though the Austen-style dresses worn by the main character and her friends have no need for them whatsoever.

Bridgerton isn’t historically accurate⁠—it takes creative liberties with the time period, including replacing orchestral waltzes with modern pop songs⁠—so its corsets are more impressionistic than literal. It’s not about what women wore in the early 19th century; it’s about how women feel now. The outfits have been named the most memorable fashion moment of 2020, ensuring the continued rise of corsets in mainstream fashion into 2021.

Bridgerton didn’t start this corset moment, though. Westwood’s most iconic corsets were reissued in 2019 as a limited release, the same year Bella Hadid, Lizzo, and Rihanna reintroduced corsets to ready-to-wear fashion.

The new generation of style icons reinspired the world to imagine the corset as a symbol of non-conformity, empowerment, and style⁠—one that encompasses a diverse, body-positive, living-out-loud fervour in new ways. 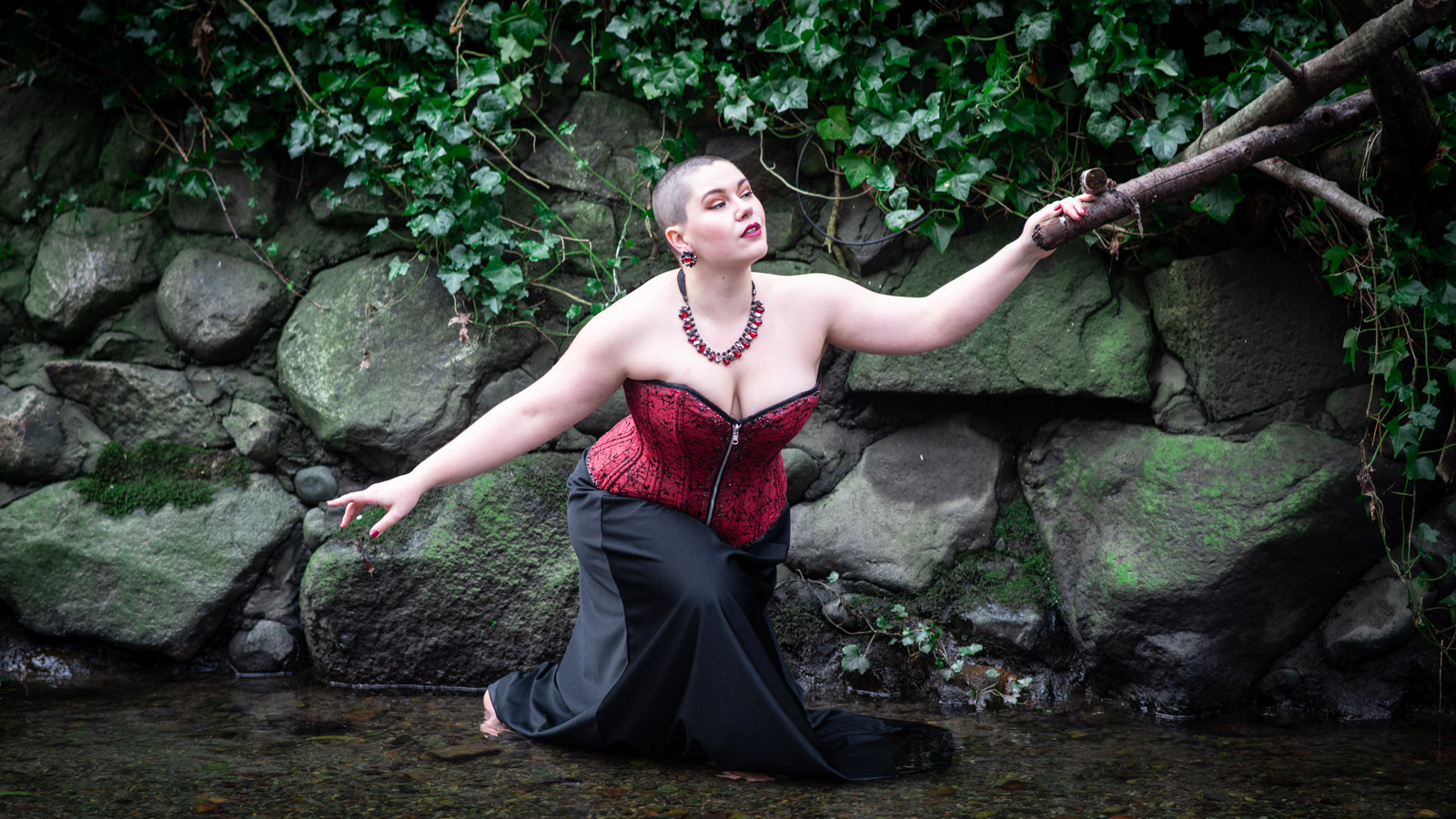 Burlesque, drag, and fetish performances have always influenced designers but before Westwood, and for years after her, the fashion industry never explicitly acknowledged their influence. Now with each passing collection, French designer Jean Paul Gaultier becomes more open about these influences and, in the last few years, gender-diverse, trans, and drag queen models have stepped onto runways.

There are still some naysayers. Modern waist trainers and weight-loss tools⁠ that resemble corsets⁠—flesh toned and endorsed by celebrities to reduce their post-baby bodies⁠—have reinvigorated critics of the corset, perpetuating the theory that they are designed more to shrink and subdue women than for fashion. 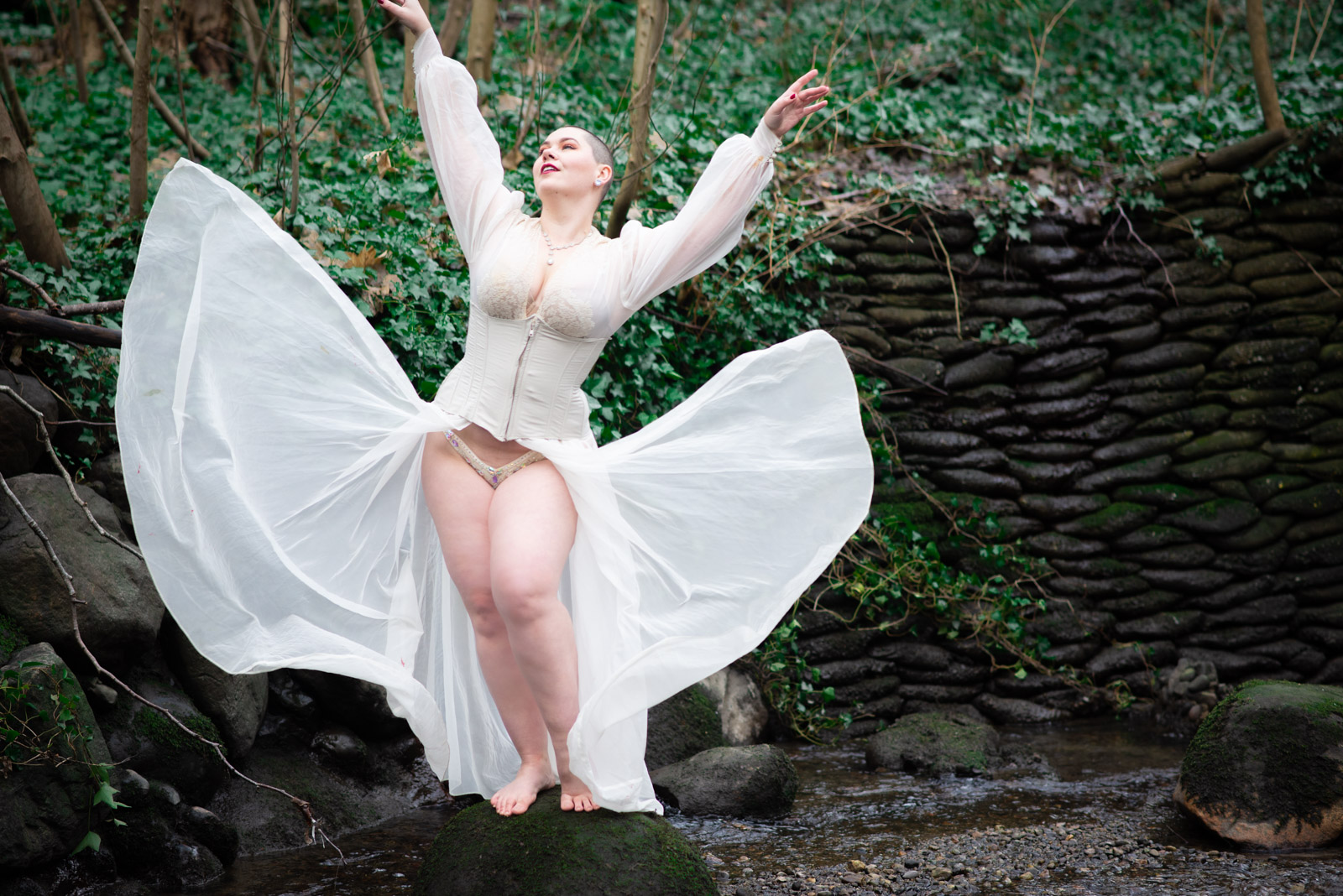 Burlesque artist Dita von Teese praised corsets as a form of body modification. “We’re fed natural beauty: that if you wear too much makeup it’s fake,” she says. “I thought, ‘I don’t look like those girls’…I look at Old Hollywood and it’s clear those women were created beauties—and I can create that.”

Renowned corset maker Mr. Pearl, who has worked with designers such as Westwood, John Galliano, Alexander McQueen, and Jean Paul Gaultier on their most iconic creations, began his career as a costumer at the Royal Opera House in Covent Garden. Having most recently created the superfluous corsets for Bridgerton, the corsetière’s work is emblematic of the intersection between art and fashion, with each corset he makes cementing itself as both an art piece fit for a museum (many have been featured in exhibitions) and a form of personal expression.

Fashion dramaturg Thierry Mugler integrates corset design into many of his collections to create otherworldly dreamscapes that manipulate the relationship between fashion and reality. He once said, “I want my models to be bigger, stronger, and taller than common mortals. I need superwomen and supermen.” Corsets unlock his models’ potential. 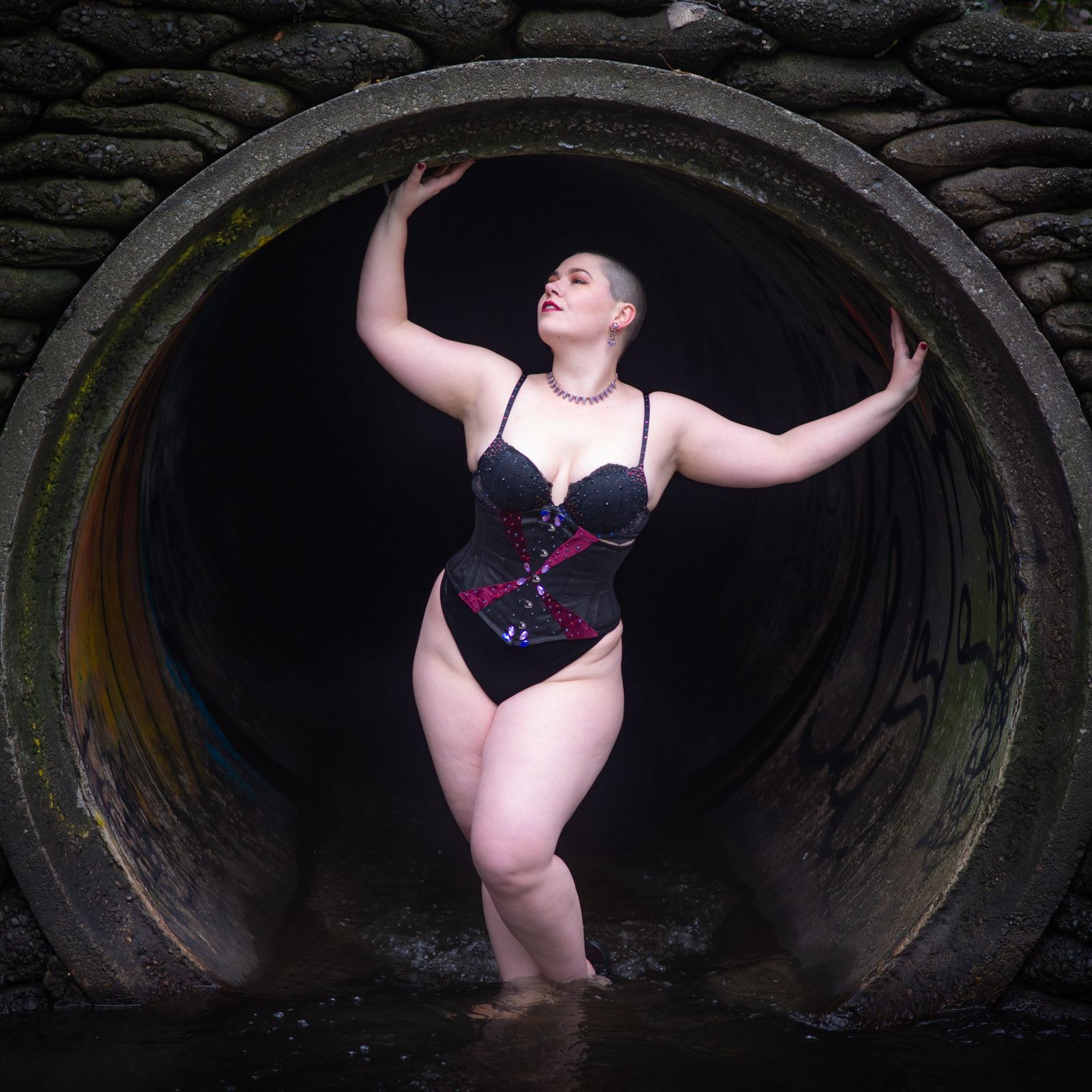 In the rebellions and counter-rebellions of corset history, there are two clear divisions between corsets as expressions of women’s fashion and corsets as enforcers of patriarchal ideas of women’s bodies: artistry and choice. The craftsmanship, consideration, and beauty poured into contemporary corsets speak to pride, not shame in our bodies. Women in the 21st century are not in need of protection from corsets, and as diverse modes of womanhood and bodies become present in fashion, there will be a place for the corset once again.