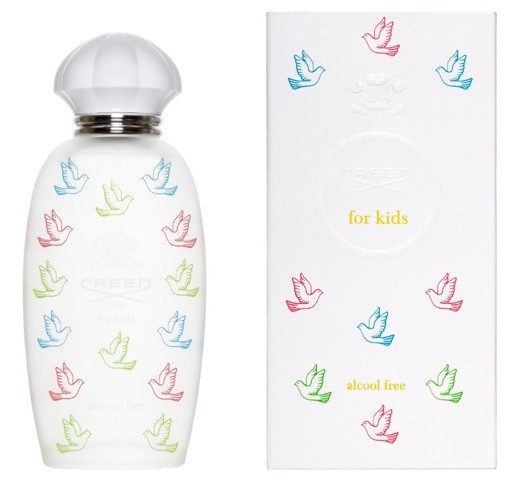 There are but a handful of luxury purveyors worldwide that manage to dovetail a small-batch, bespoke approach to their craft while simultaneously enjoying worldwide acclaim and cult-favourite status. Hermès saddlers, for instance (there are only eight in the world), must precisely pierce, mould, and hand-stitch leather taken from a single hide to ensure their creations are perfectly tailored to both the riders and the morphology of a horse; and Italian sartorial maestro Brunello Cucinelli employs the citizens of Solomeo to hand-stitch wool and cashmere garments in a converted monastery.

Well before either of these masters took up their craft, though, the House of Creed was creating fragrances for kings and queens. Fast-forward several centuries, and little has changed in the process: scents are still hand-mulched, pounded, and macerated in-house by sixth- and seventh-generation father/son perfumers Olivier and Erwin Creed. Word-of-mouth ascendancy has led to boutique flagships in centers like New York and Las Vegas, but high-profile clients and demand hasn’t diminished the firm’s desire to maintain its time-honoured traditions, perfected in a tiny workshop in Fontainebleau. “Certainly, it could be done more quickly and less expensively if we used more chemicals, fewer natural ingredients, and greater mechanization,” Erwin says. “But then it would not be Creed.”

The family traces its roots back to 1760, when Henry Creed began as a London-based tailoring establishment. Over the years, the venerable shop provided clothing for Queen Victoria, the Count d’Orsay, and Empress Eugenie, who, in the mid-19th century, issued the firm of Creed & Cumberland a Royal Warrant for its vestiary efforts. Steeped in history, the family evolved into fragrances with bespoke scents privately created for important names over generations—Churchill and the Kennedys rumoured among them. By the mid-1970s, master perfumer Olivier moved into making commercially available scents to the well-heeled consumer.

Working closely with growers from around the world to source precious ingredients, Olivier and Erwin continue to build coveted aromas that straddle both old world and new. Whether it be roses from Bulgaria, royal sandalwood from the forests of India, or lemons from Calabria, the duo travels extensively to source key notes that will help build the brand’s signature undertones of mystery and seduction. Formulations are always classic, but none are ever hampered by old-school traditions and conventions. To wit: Creed’s new children’s fragrance, which lands at Holt Renfrew this fall.

Scents aimed at a younger demographic have often served as sticky-sweet marketing vehicles for teen celebrities, but House of Creed reimagines the genre with its new alcohol-free fragrance Creed for Kids. Inspired by iconic French children’s stories like The Little Prince and Babar, this new fragrance is meant to be a playful redolence that brings to life the watercolours of beautifully illustrated books. With layered top notes of plum and crisp apple, middle notes of rose and lemon, and finishes of tart grapefruit, it’s designed to capture the idea of children at play in an elevated, sophisticated way. “I had such an affinity for story time with my own children, as it was a time for us to connect and dream together,” explains Olivier. “Based on those memories, I was inspired by the literary classics and joyful moments of their youth to create Creed for Kids. While a fragrance for kids could be perceived as indulgent, it is meant to only enhance their spirited side and art of play.” Now every generation can share in this family’s pursuit of perfumed perfection.