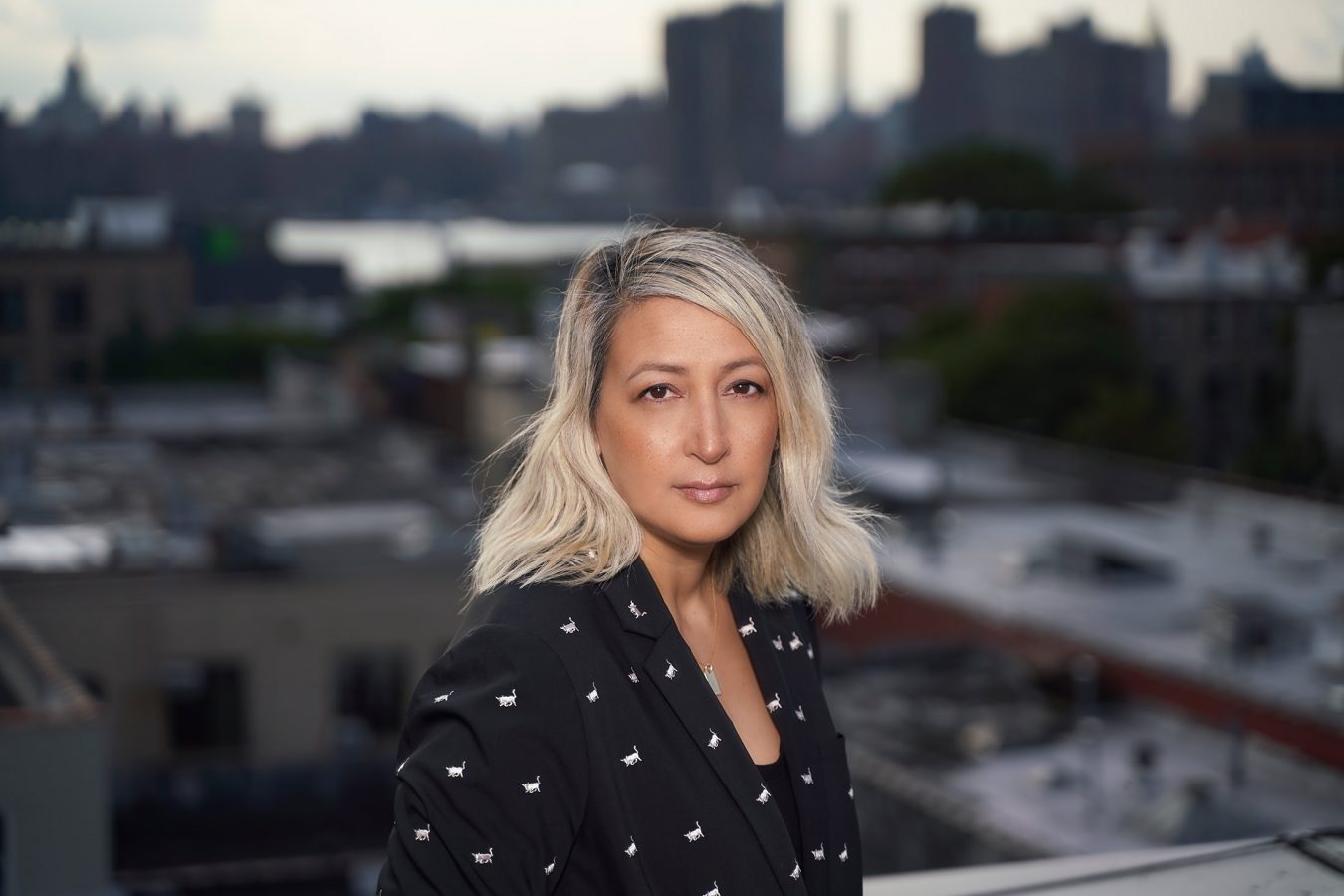 Kemal Harris lives in a beautiful loft-style apartment located in a quiet Brooklyn neighbourhood—a borough that’s typically much calmer than the rest of New York City, but is still a stark contrast to her hometown of Tofino. The bright afternoon sun is shining through the large windows of the open-concept flat she shares with her husband and their two cats, illuminating the entire area. Harris, wearing all black, sits on a couch in the natural light.

The red carpet stylist—who has done work for magazines including The Hollywood Reporter and Rolling Stone, and has collaborated with actors such as Alexis Bledel and Kate McKinnon—first got into fashion as a child. Her mother, who is from the Adams Lake Indian Band in the Secwepemc Nation in Kamloops, taught Harris and her sister how to sew at an early age, often crafting matching outfits for the three of them. And while a young Harris enjoyed making clothes as a hobby, it wasn’t until she was 12, upon picking up a copy of Elle at her local library one day after school, that she realized fashion could be a career. “It was a whole other world I had never seen or heard of before and it just—that blew my mind,” she says. Unable to afford a magazine subscription, Harris would return to the library newsstand time and time again to immerse herself into the worlds of Elle, Vogue, and Flare.

Upon graduating high school in nearby Ucluelet, Harris moved to Vancouver to study at the Helen Lefeaux School of Fashion Design. She also worked at the Louis Vuitton counter at Holt Renfrew on weekends, selling the handbags she had previously only seen in magazines. “Every day I would arrive into work like an hour ahead of time, just to walk around the floor and look at all the new clothes,” Harris remembers with a smile. After college she got a position at Chanel Canada, where she worked as an office manager at the Vancouver flagship store downtown, using her evenings and weekends to style. 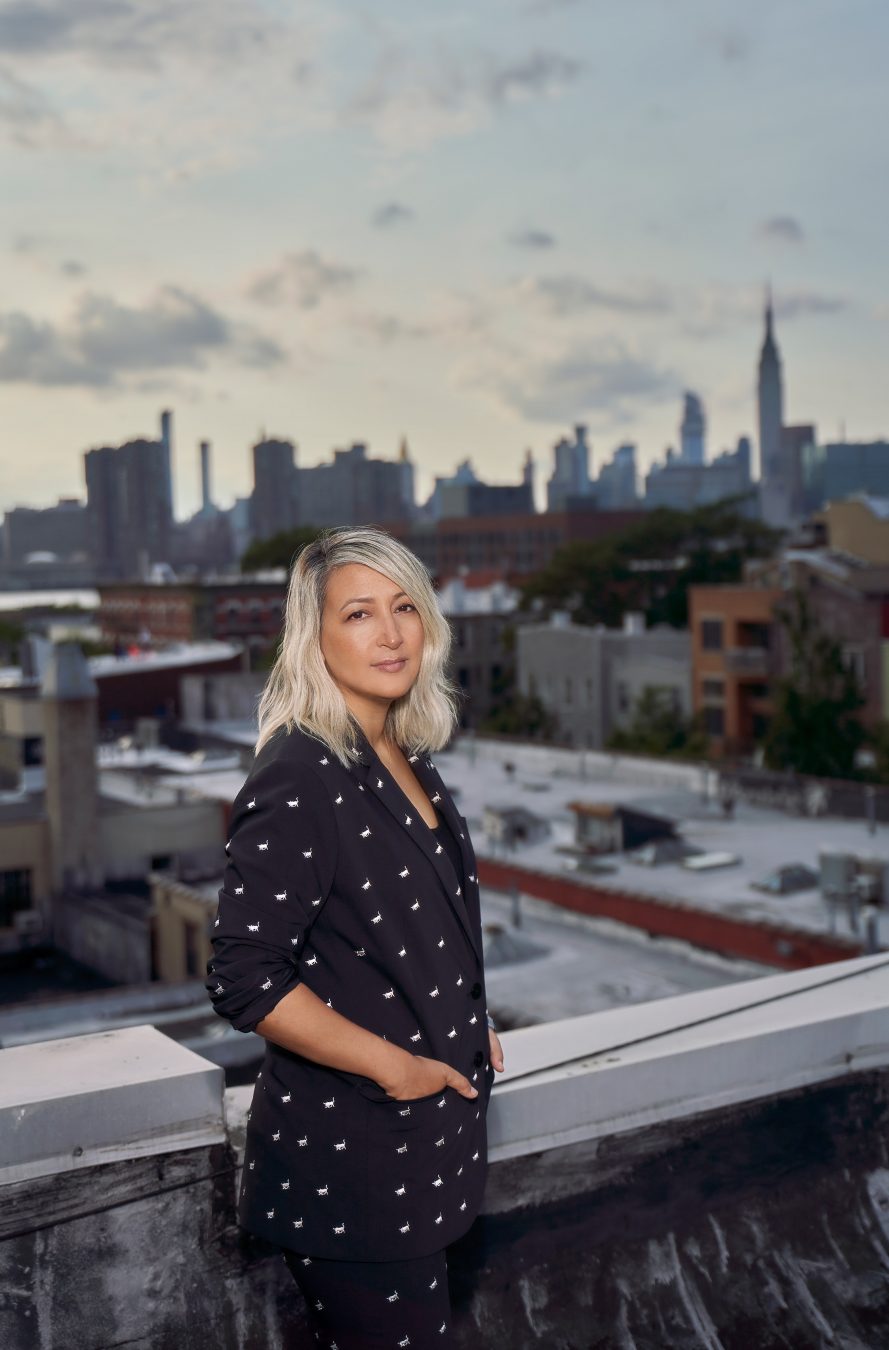 Eventually, with enough material to create a portfolio, Harris bid adieu to her corporate job in order to start styling on a full-time basis, booking gigs that took her to destinations like Italy and Seattle. Despite loving Vancouver, after a nudge from a friend, she decided to make the move to New York in 2005; the visa she was granted only allowed her to work in her specific field, which “really put the fire under my butt,” she says with a laugh. So, she took every fashion job she could, collaborating with e-commerce sites and styling catalogue shoots, while still networking with industry peers in her downtime. She finally got her break when Aya Kanai, Nylon magazine’s former fashion director, hired Harris for her first major editorial opportunity; soon after, publications like Teen Vogue and Interview came knocking. Still, thanks to 2008’s American financial crisis and the shaky magazine industry, Harris needed to diversify to stay afloat—so she decided to start styling celebrities for red carpets. It ended up being a life-changing choice.

In 2013, Harris was asked to style actor Robin Wright for the House of Cards premiere. The pair continued to work together afterwards, and when season three of the show was set to shoot, Wright asked Harris to join the show as costume designer for her character Claire Underwood. “That came out of left field,” Harris says. “That wasn’t something I ever expected to be doing.” But her expertise in design proved exceptional, landing her a 2017 Emmy nomination for Outstanding Contemporary Costumes for a Series, along with two Costume Designer Guild Award nominations.

“These are all things that I never, never thought I would do,” she says, still clearly in astonishment. “Never thought, never dreamed.” Harris continued to work on House of Cards, including the final season that debuted on Netflix in November 2018 (in addition to Claire, she also created costumes for a new character played by Diane Lane).

As she reflects on her career thus far, Harris feels nothing but gratitude, and shares that her only hope for the future is to be able to do what she loves for years to come—whether she stays stateside or goes back home to her beloved British Columbia.

This article from our archives was originally published on December 8, 2018. Read more Style.