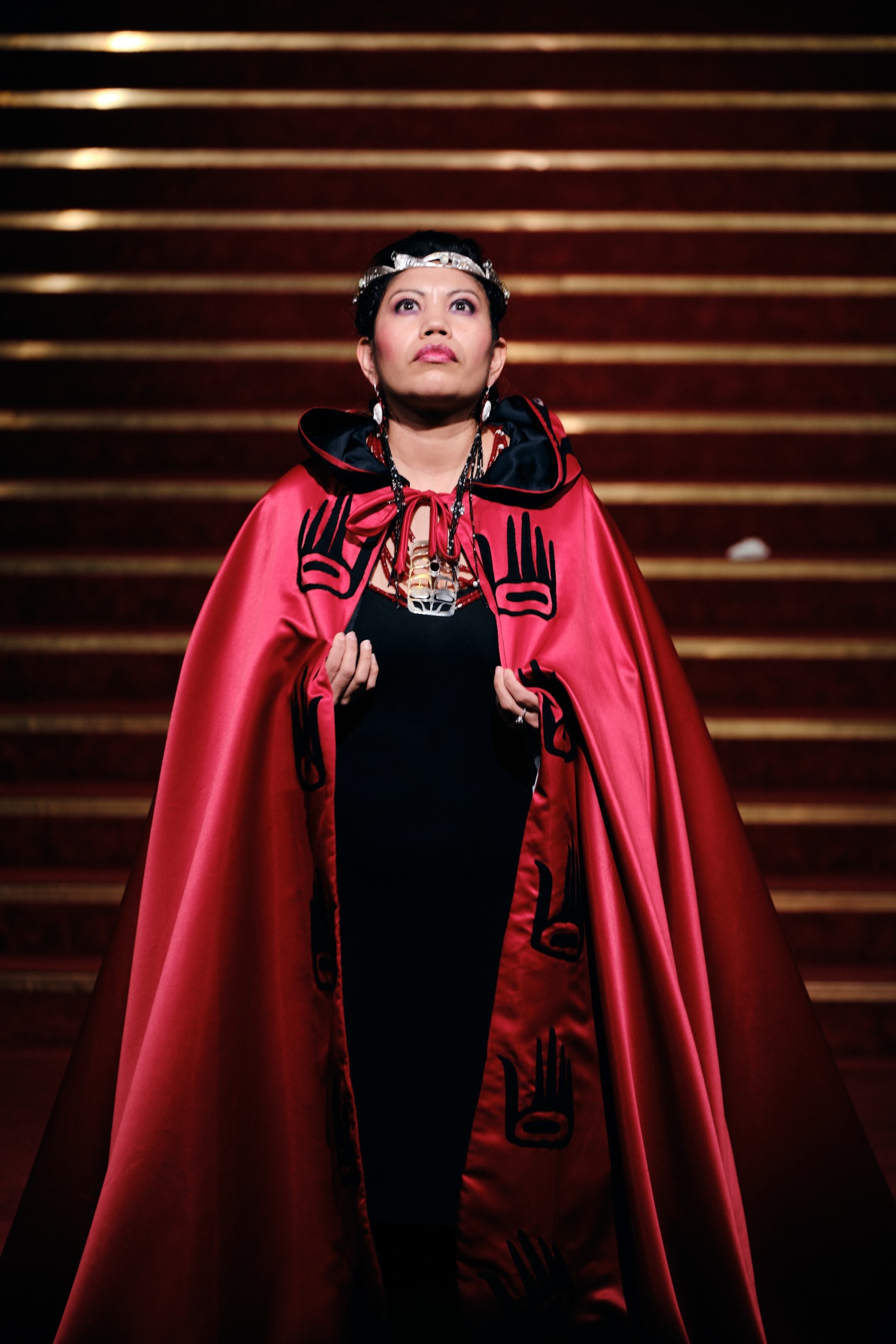 One by one the models, dressed in stark red, make their way down a grand staircase before turning to face the audience. In unison, they raise a fist in recognition of missing and murdered Indigenous women, a sobering show of strength and solidarity. The audience members, many also dressed in red, raise a fist in response.

It’s opening night at Vancouver’s Indigenous Fashion Week, and participants have been asked to bear witness to the community’s significant losses, while also uplifting Indigenous women, girls and two-spirit people. Despite its solemn first note, the show is ultimately bright and energetic. Staged in the gilded lobby of the Orpheum Theatre, the runway weaves through the audience, up multiple staircases and along the mezzanine, offering spectators a closer look at the elaborate beadwork and embroidery on display.

It is a balancing act that founder Joleen Mitton knows well. Now in its second year, VIFW grew out of Mitton’s work with the Pacific Association of First Nations Women, where she used her past as an international model who walked the runway for the likes of Kenzo and Vivienne Westwood to get the attention of the youth she helped mentor. Fashion became a vehicle for difficult conversations, making space for cultural and spiritual practices for a younger generation, while teaching them to respect and honour themselves. 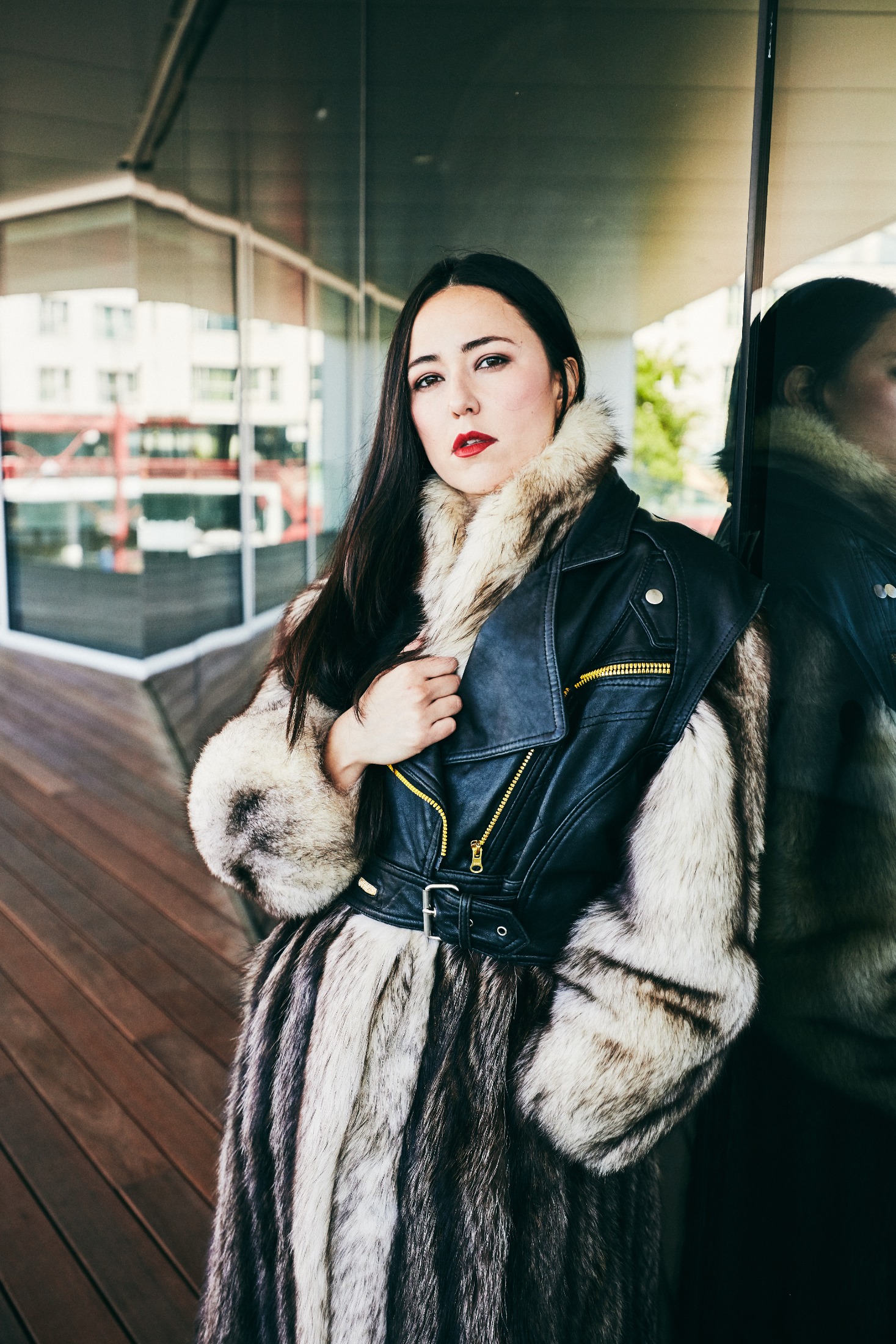 By showcasing Indigenous designers and artists now, Mitton hopes the youth can see themselves represented and celebrated. “It has to do with being visible, being proud of who you are, feeling strong… That’s just respecting yourself,” she says. “If you love who you are and you’re wearing your culture, you might not put yourself into situations that are unsafe.”

That said, Vancouver’s Indigenous Fashion Week is more than an exercise in cultural representation; the designs are original and contemporary, and while many pieces draw heavily from Indigenous iconography, it’s not regalia. For people who are interested in authentic Indigenous design, this is a showcase of some of its brightest stars. 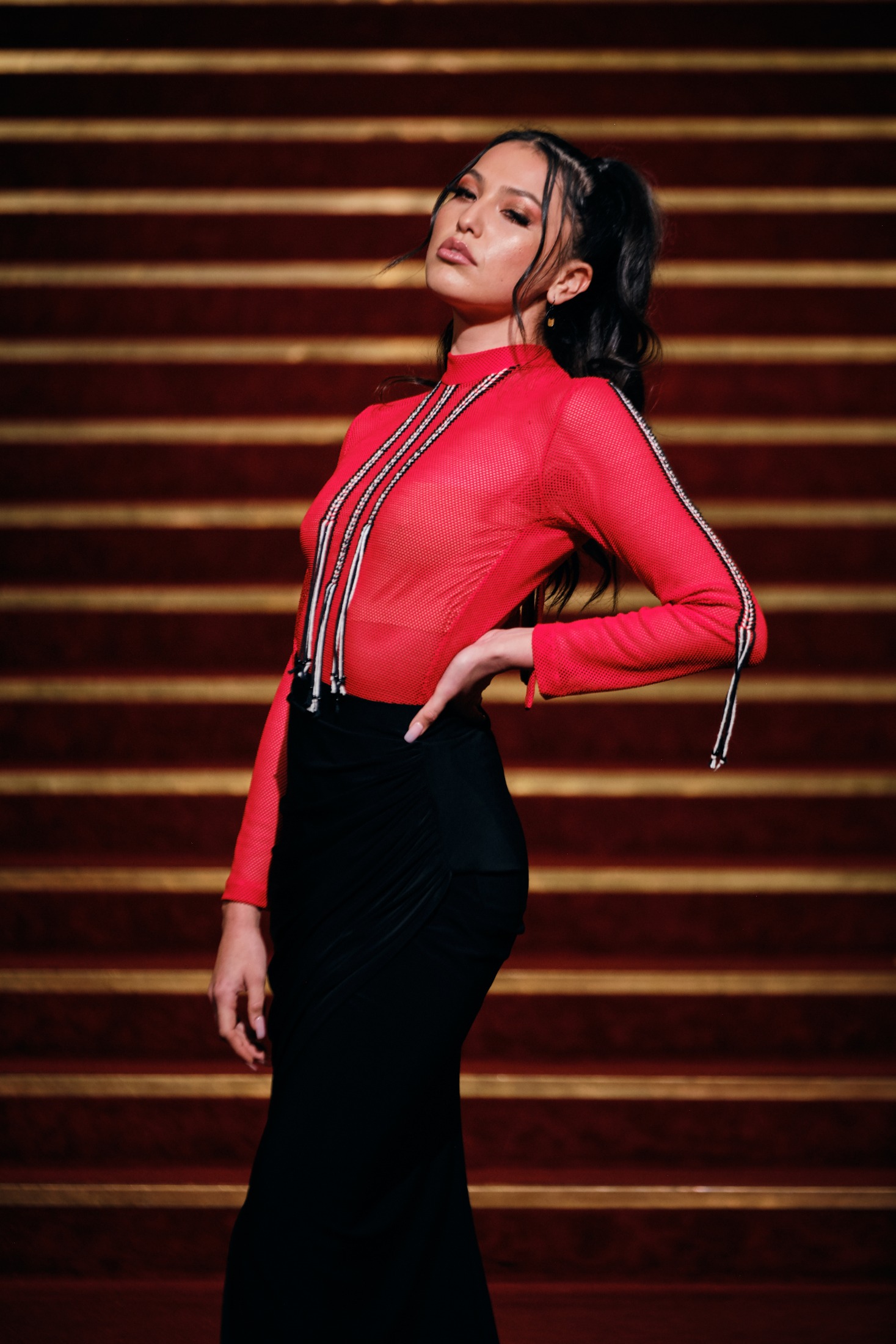 A look from the “PROGENY” collection by Evan Ducharme. Photo by Brian Nguyen/courtesy of Indigenous Fashion Week.

For the up-and-coming Ducharme, who grew up in a small Métis community two hours north of Winnipeg, exhibiting his increasingly recognized designs here means being in a space where his heritage is centred, “as opposed to working within other structures in the fashion industry where my Indigeneity has always been sidelined,” he says.

His new collection—featuring what he calls a “femme-of-centre unisex aesthetic where there really are no rules”—pays particular tribute to his female and two-spirit ancestors. “One of the only ways that I was going to be able to weather the storm of the fashion industry is if I stood completely in my authenticity as a queer, Indigenous person.”

“Indigenous fashion is really unique,” says Mitton, who hopes to make Vancouver a vibrant hub for this niche in the next decade.

For this year’s fashion week, returning after a year’s hiatus, the models and much of the production staff are Indigenous youth from the foster care system who received training and mentorship from Mitton. This year also offers a master class with industry professionals to help participants further their careers in the field. Christian Allaire, a rising Indigenous writer from Vogue, Angela DeMontigny who brings 30 years of design experience, and Amber George from L’Oreal Canada will all lend their expertise.

Read more from our Style section.