The party sprawled through the outdoor garden terrace of the Chateau Marmont⁠—once home to icons Jim Morrison, Howard Hughes and Greta Garbo—and into its moody, dimly-lit lounge, Oscar nominees, A-listers and industry elite mingling, perched above West Hollywood’s sunset strip. The bash Thursday evening kicked off the Oscar weekend, and marked the fifth such soiree held in the Chateau by official Academy sponsor Cadillac. 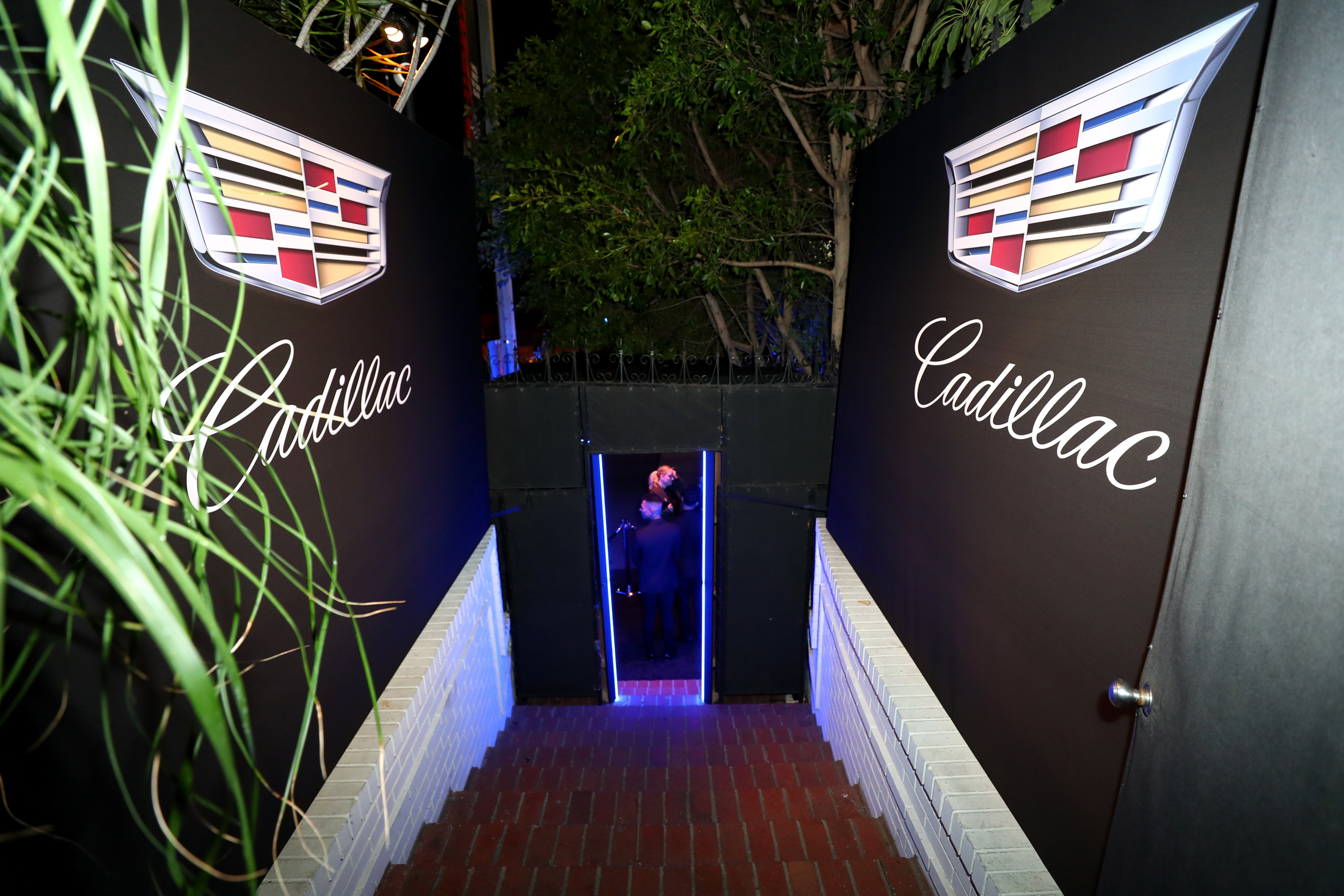 Amid the crowd, Hollywood power couple Greta Gerwig and Noah Baumbach gushed over each other’s Best Picture nominations—hers for Little Women and his for Marriage Story—making history as the first ever romantic partners to contend for the same Academy Award. Later, Greta made the rounds and shared a laugh with Meryl Streep’s daughter Mamie Gummer and Allison Janney, who looked exquisite in a rose-gold sequin number by Temperley London. Janney⁠—who took home an Oscar in 2018 for I, Tonya⁠—was overheard raving about Quentin Tarantino’s Once Upon A Time In Hollywood, and shared that she, surprisingly, will be spending Oscar night at home. 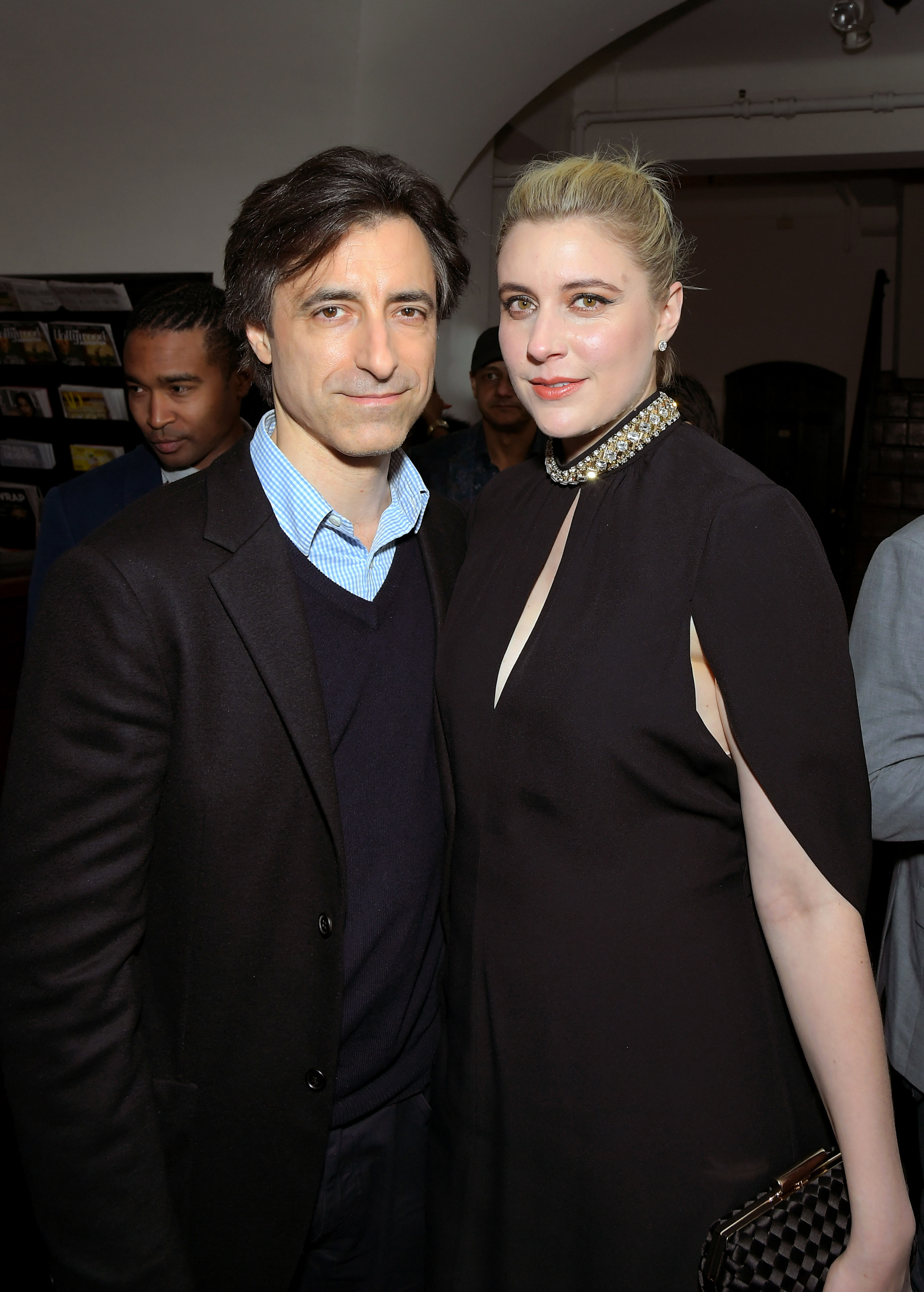 Couple and fellow Oscar nominees Gretta Gerwig and Noah Baumbach take in the scene. Image by Getty, courtesy of Cadillac.

Hollywood legend Minnie Driver, who was nominated for 1998’s Good Will Hunting, was seen making her way through the party, svelte in a Azzi & Osta jumpsuit and gold necklaces by Anita Ko. Handsome beau Addison O’Dea was at her side in a fitted black blazer and gray tie, keeping a low-profile as they said hello to friends on the picturesque garden terrace.

The Marvelous Mrs. Maisel’s Rachel Brosnahan stunned on the red carpet in a sequined black mini by Parisian designer Azzaro and peep-toe sandals by Christian Louboutin. The Illinois native said she was thrilled to be in Los Angeles for her first-ever Oscar week, as she mingled and posed for photos throughout the evening. 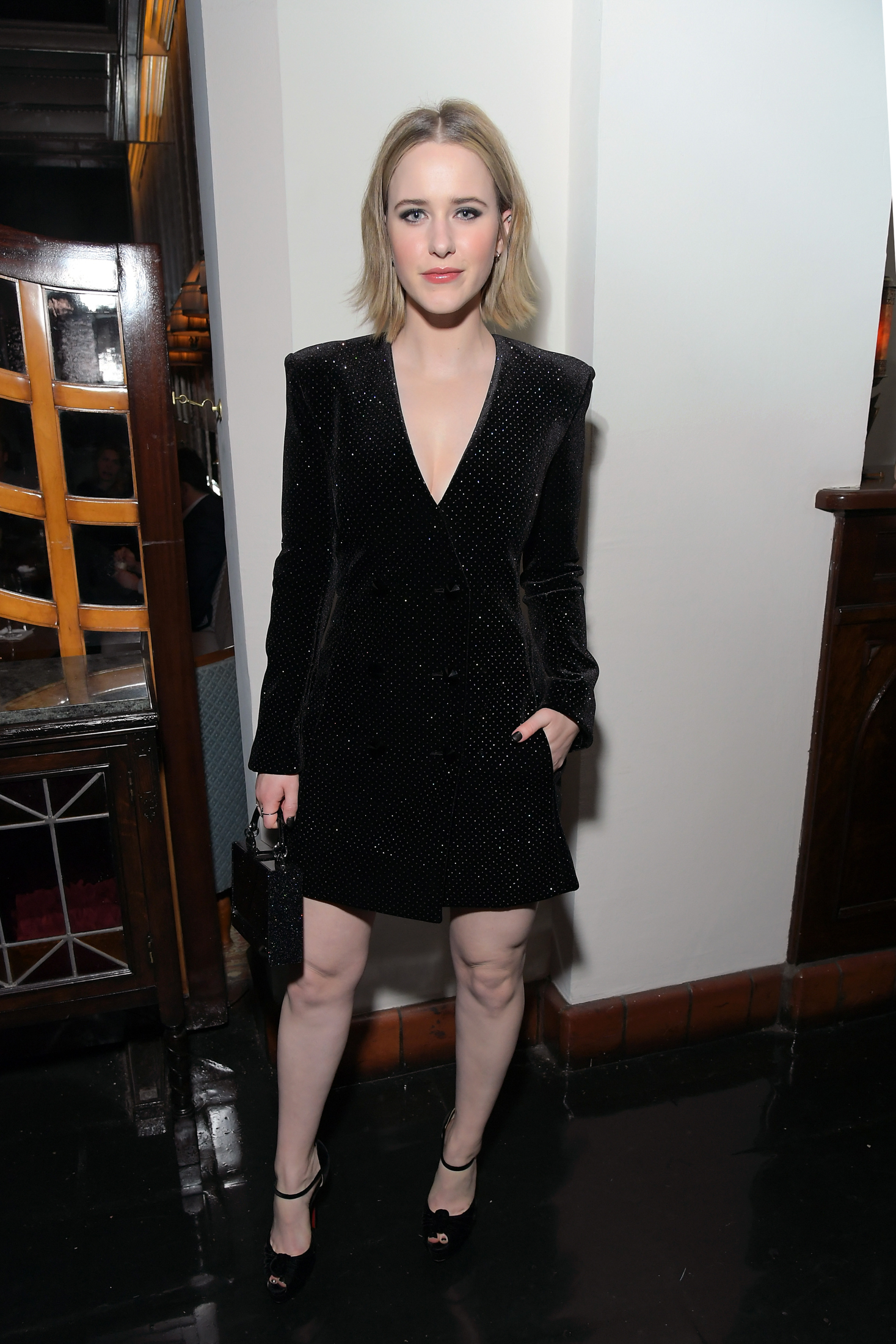 Rachel Brosnahan is ready for a night on the town in this chic ensemble styled by duo Jill Lincoln and Jordan Johnson. Image by Getty, courtesy of Cadillac.

The always stylish Zoe Saldana turned heads in a two-piece gray floral suit, also by Azzaro, featuring an elegant double-breasted jacket. The actress, who has been busy shooting sequels to James Cameron’s Avatar, revealed she’s also working with her husband Marco Perego-Saldana on the film Keyhole Garden. The romance is written and directed by Marco, marking the first time the couple have collaborated on a project. 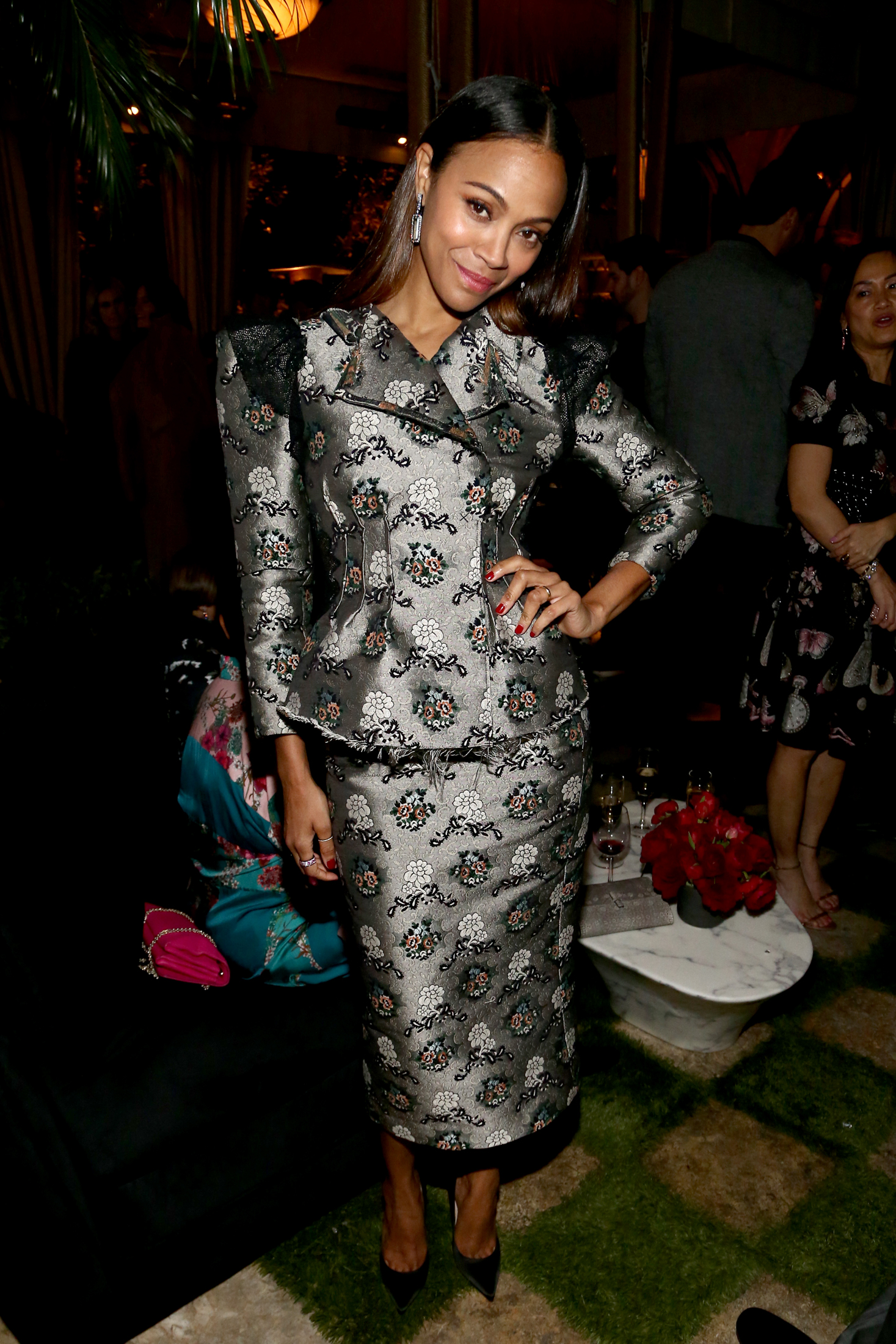 Zoe Saldana was all-smiles as she made her way through Chateau’s opulent outdoor garden terrace. Photo by Getty, courtesy of Cadillac.

Fresh off a trip to Paris, newlyweds Nats Getty and Gigi Gorgeous Getty posed for photos and chatted with party guests as they mingled by the hotel’s outdoor pool. The glamorous Gigi⁠—who hails from Toronto⁠—was red carpet ready in an exquisite blue silk jumpsuit. 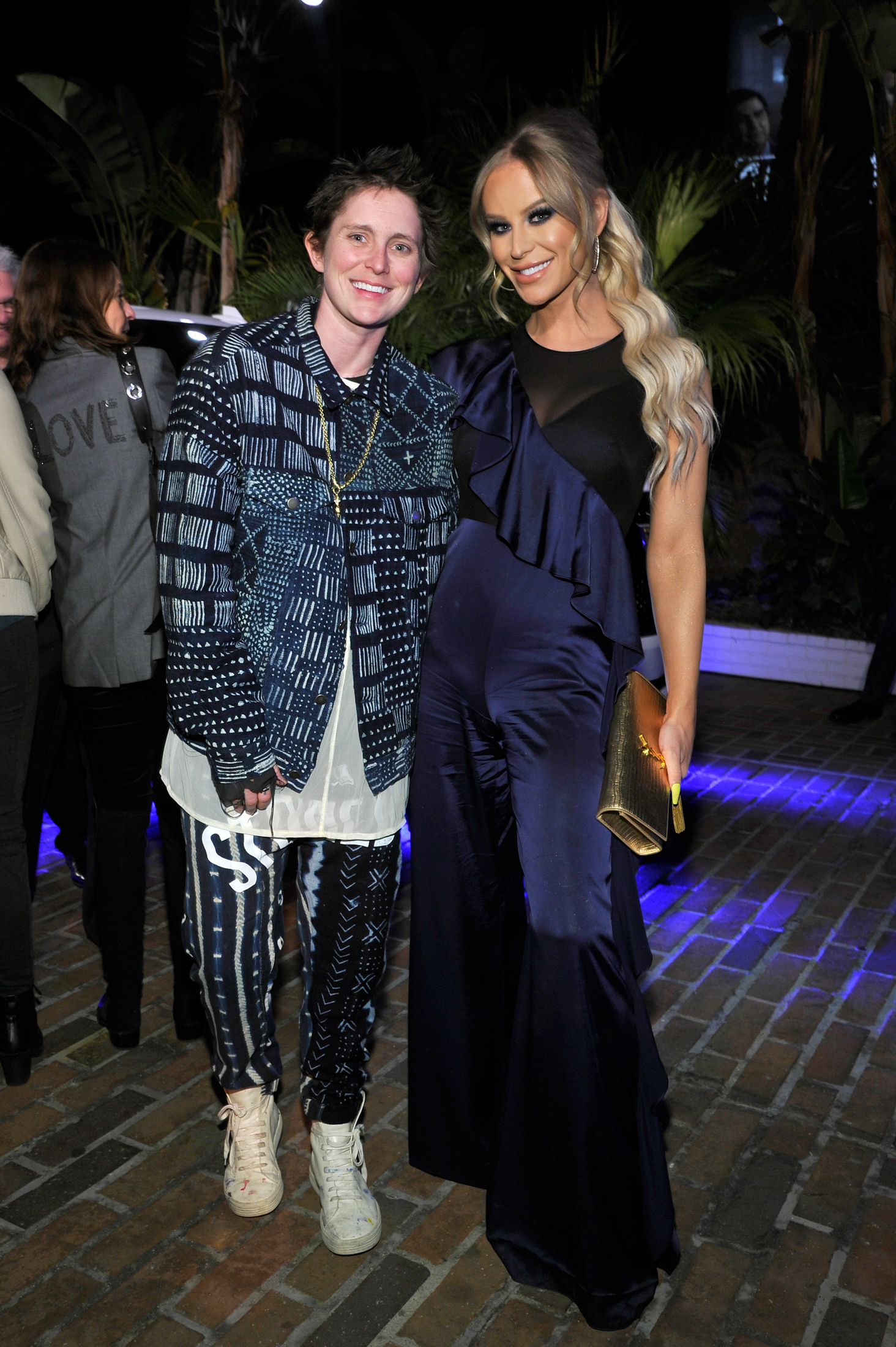 Nats and Gigi Getty pose for a photo by Chateau Marmont’s outdoor pool area. Photo by Getty, courtesy of Cadillac.

Keep up with everything else in Style.