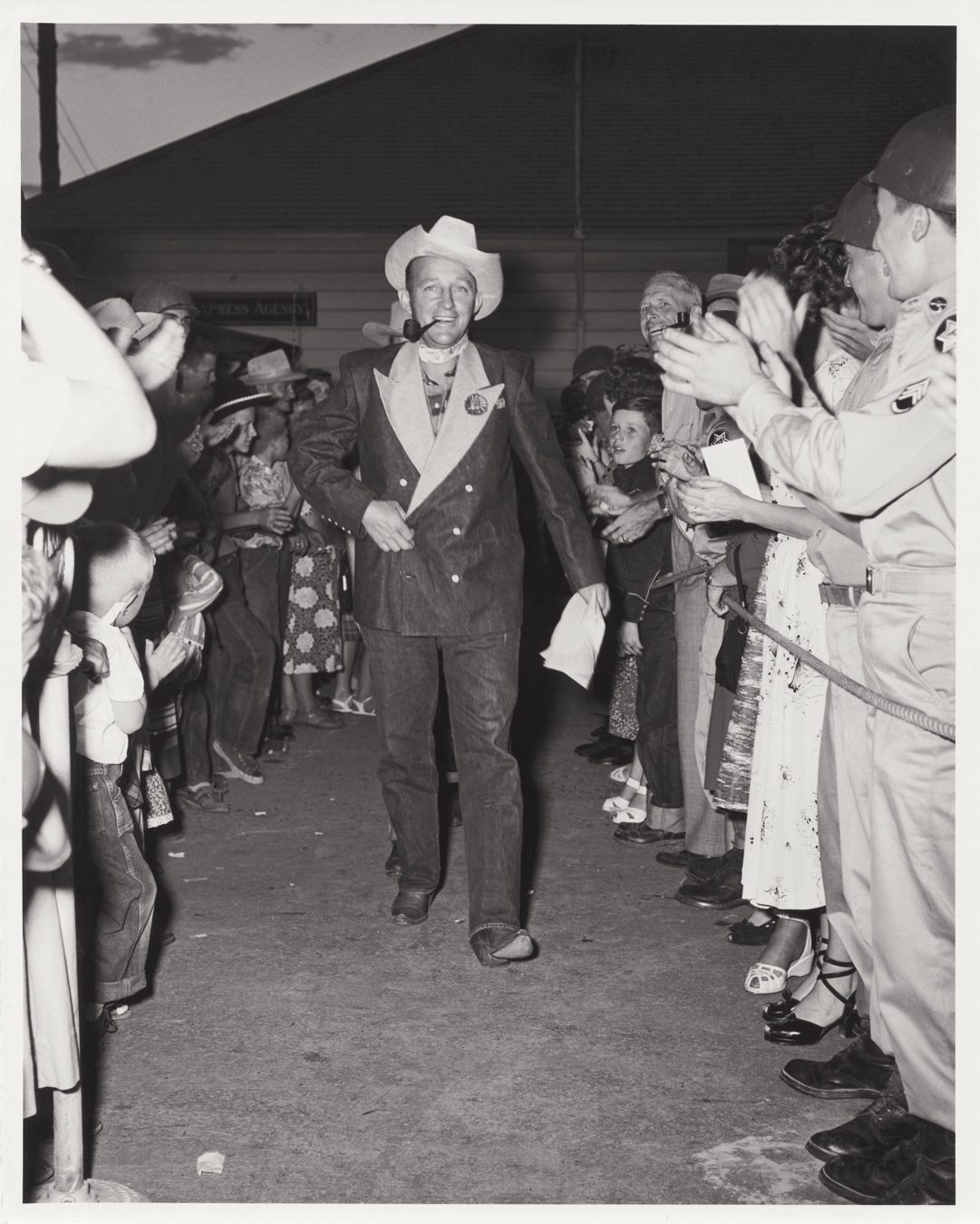 Just as maple syrup is a classic part of the Canadian palate, denim is an important part of the Canadian wardrobe. Here in the True North Strong and Free, the ownership of a pair of jeans and a jean jacket is largely considered crucial. Perhaps it has to do with an outfit we’ve come to know and love: the Canadian Tuxedo.

It’s a simple concept—a denim jacket worn with a pair of jeans. Rihanna has done it, and so has Prime Minister Justin Trudeau. But as much as the runways have adopted the look, the Canadian Tuxedo still falls into the same category as socks and sandals: a fashion faux pas that is hard to shake. Perhaps it is time, though, that this combination be righteously embraced.

In Vancouver, the outfit’s origins sit proud and under-discussed. Unbeknownst to many, the Canadian Tuxedo was born out of an incident that involved a Vancouver hotel, an international singer, and a famous denim brand.

In 1951, at the height of his famed career, Bing Crosby visited Vancouver. He was known to love it here, having received a key to the city in the shape of its skyline from acting mayor George Miller in 1948. Crosby even staged a benefit recording of his radio show at the PNE Forum, raising over $26,000 for a new building at Main Street’s Sunset Community Centre.

But as much as the world gushed over the American star, not everyone recognized him. According to Levi Strauss & Co. historian Lynn Downey, after a hunting trip in 1951, Crosby tried checking into the Hotel Vancouver and was denied. Why? Because of the denim-on-denim Levi’s ensemble he was sporting. Jeans, at the time, were not considered upper class.

Up north, the Hotel Vancouver was left embarrassed after a bellhop quickly recognized Crosby and the situation was corrected; down south, though, famed denim brand Levi’s was thrilled. When they heard about Crosby’s rejection from the hotel, Levi’s designers jumped at the opportunity to create a custom-made jean tuxedo for the celebrity. At the J-Bar Ranch in Elko, Nevada during the Silver State Stampede, Levi’s presented Crosby with the suit. Made from the classic denim used for the brand’s iconic 501 jeans, the look consisted of a tuxedo-style jacket, equipped with a corsage of red tabs and shiny rivets, and an interior leather patch that read: “Notice to All Hotel Men.” Levi’s dubbed the look the Canadian Tuxedo.

The statement was cheeky and ironic, one that was more a social declaration than a stylish one. The combination of luxurious tuxedo details with the casualness of denim fabric became Crosby’s signature look while he toured to promote his film Here Comes the Groom. He now had something dashing to wear into any fine establishment, all while poking fun at the incident in Vancouver.

As for the clerk who didn’t recognize Crosby and turned him away from the hotel, well, he became somewhat famous, too. According to the Madera Tribune in August 1951, Art Cameron said Crosby “looked like a bum” in his denim outfit and therefore refused him entry. “All my friends wrote me and kidded me,” Cameron told the paper. “And almost all of Bing’s fans wrote me wanting to know how dared I refused him a room and how come I didn’t recognize ‘the most famous singer in the world?’”

Funnily enough, when Crosby’s rival Bob Hope heard what Cameron did, he invited the Vancouver clerk onto the set of his film Son of Paleface in California. “He’s the world’s number one hotel clerk,” Hope joked, according to the Tribune. “Anybody who can spot a real bum like that deserves some kind of recognition.”

Decades later, then-couple Britney Spears and Justin Timberlake set pop culture on fire with their head-to-toe denim ensembles (Spears in a strapless gown stitched together with denim patches, Timberlake in a matching cowboy hat) on the red carpet at the 2001 American Music Awards. But likely few of the popstars’ fans were aware that they had Vancouver to thank for the legend that is the Canadian Tuxedo.

This article from our archives was originally published on March 30, 2018. Read more in fashion.