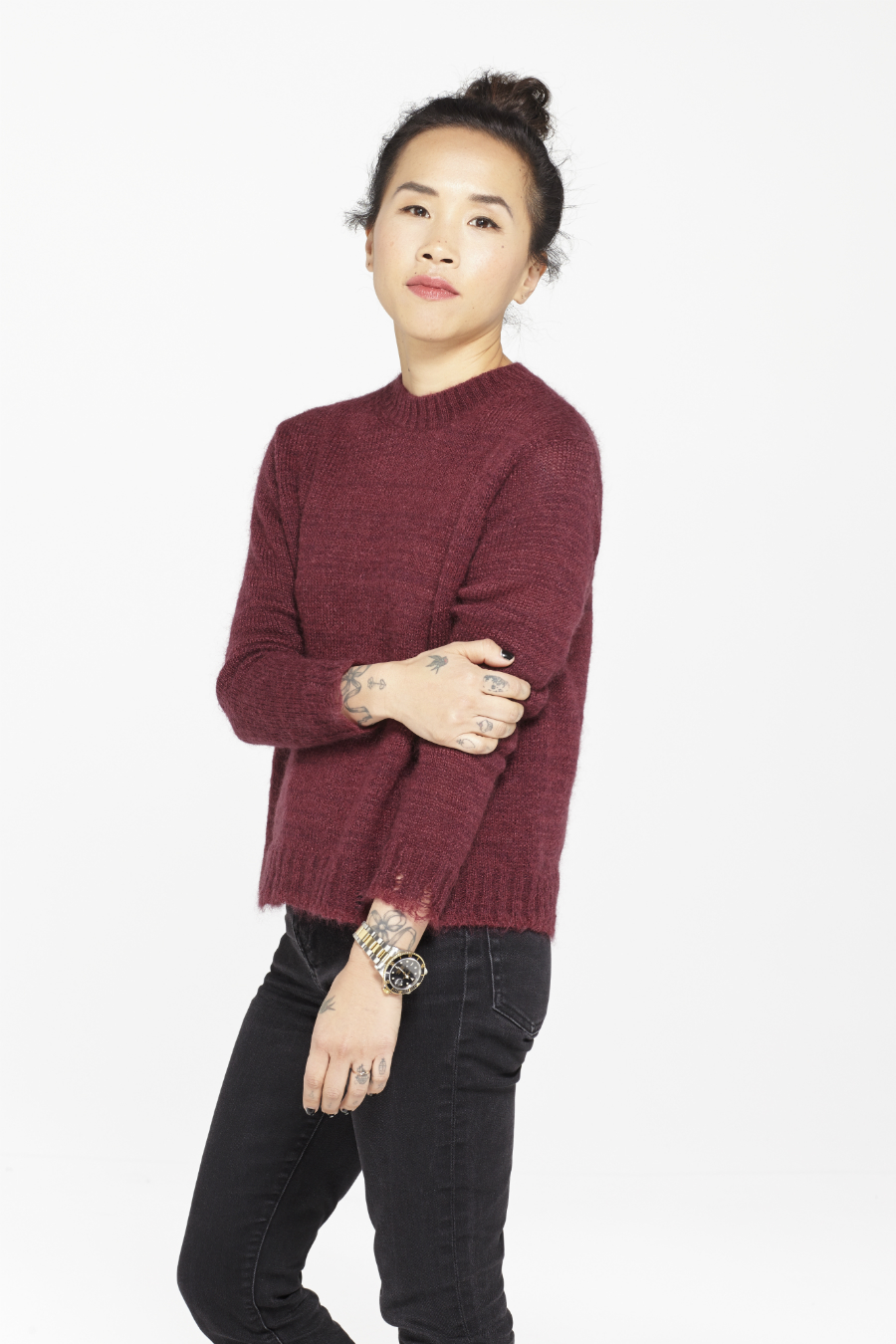 With nearly 350 stores across North America, it is safe to say that Nordstrom is a large company. Its Vancouver location alone, which opened in September 2015, spans three floors and 230,000 square-feet. But on the second floor, near the Habitant lounge, is a rotating shop-in-shop called Space. This concept, the brainchild of Nordstrom vice president of creative projects Olivia Kim, only exists at a few choice locations, Vancouver being one of them. It allows, as Kim puts it, for Nordstrom to be “a big company, acting small.”

Space showcases select pieces from up-and-coming designers handpicked by Kim, including the likes of Vetements, Simone Rocha, and Tricot Comme des Garçons. But within the Space model, Kim noticed there was room for something even smaller. And so, newly launched this month is The Lab, a sort of shop-in-shop-in-shop: encompassing a section of the Space display, The Lab focuses on the very new, the very developing. It hones in on the designers who will probably be famous years down the road.

“I really look as it as an incubator program as a space within Space,” Kim says over the phone from her Seattle office. “We launched Space a year and a half ago as a boutique shop-in-shop for emerging and advanced designer collections. As we were going through the cycle of market and fashion weeks and going to different collections, we noticed a subset of brands that were so young and so new, and they were redefining what ‘emerging’ meant to us.” The Lab launched with five designers: Eckhaus Latta, Eric Schlösberg, A.W.A.K.E., Dilara Findikoglu, and Canada’s own Vejas, who already has some name recognition thanks to winning the 2016 LVMH Special Prize.

“I loved the idea that we could continue to be a platform for supporting young designers in the incubator stage of them becoming something bigger and growing into a viable business,” Kim continues. “Part of that really stems from a show that I saw in New York—it was a friend of a friend, his first collection [at New York Fashion Week], and he used all of his friends as models. There was something so incredibly intimate and sincere about that. Do I believe there is a viable business there? Potentially. Is it fully there yet? I don’t know. Those were the things we were thinking about, and how we could as a company support things like that.”

The show in question was for the aforementioned Eric Schlösberg—a show that Vogue described as “15 minutes of killer pageantry to an audience assembled of cool kids, friends, and tastemakers, including Susie Lau and Nordstrom’s Olivia Kim.” It’s no small statement that Kim is labelled a tastemaker—she really is that cool, that notable, and that important; she has become a designated trendsetter, a reliable source for both what is hot right now, and what will be hot in six months or a year.

Kim joined Nordstrom over four years ago, making the move from lively New York to the more subdued Pacific Northwest to take a position that the Seattle-based department store chain created just for her. She studied pre-med at New York University, and admittedly still loves science, but upon graduation she took a fashion public relations job at Laforce + Stevens, and eventually wound up working for Carol Lim and Humberto Leon at Opening Ceremony as vice president of creative. It was at that company that Kim really began honing her strong, quirky, and truly unique fashion vision, and it is undoubtedly the work she did with Opening Ceremony that caught the attention of the Nordstrom family.

Aside from running Space and now The Lab, Kim also curates Pop-In@Nordstrom, a revolving pop-up shop that focuses on a different theme or brand each month or so (the current Pop-In, all about Korean beauty, has been a wild hit). Each Pop-In is designed differently, allowing Kim to extend her creative vision even further, creating mini worlds that lend themselves to the shopping experience. In addition to all of this, Kim works on collaborative projects such as NxN (Nordstrom x Nike), a shop-in-shop partnership with Nike that sees exclusive streetwear items paired with some of Nordstrom’s staple luxury brands: think Nike runners with a Saint Laurent leather jacket, “a Céline bag, and Rag & Bone jeans,” explains Kim. NxN arrives to Vancouver in mid-March.

When it comes to discovering a new trend or designer, Kim looks everywhere. “I don’t think there’s any one spot where you go to find super emerging designers; it’s not as if there’s a set location with an arrow saying, ‘Find me here,’” she says. “I think that exploratory aspect of how you find these people is so interesting, and I’m fascinated by it.” Word of mouth, Instagram—she uses it all. “I think there are so many interesting channels in 2017 and the 21st century that allow us to find different types of designers in unconventional places,” she continues. “And that’s what the true definition of an incubator or emerging designer program should be.” The only criteria she has is getting “that feeling”—the sense that someone is on the cusp of something great. It seems her intuition tends to guide her, but it hasn’t failed her yet.

In that sense, Kim’s curations at Nordstrom are incredibly personal—they reflect her own sense of style, her individual tastes and ideas. People keep coming back to see what she’s done next, whether it be within Space, Pop-In, or now The Lab. She says she wants people to visit again and again, to be excited by what they see—even if it doesn’t culminate in a purchase every time. Though knowing Kim’s discerning taste, it surely almost always does.