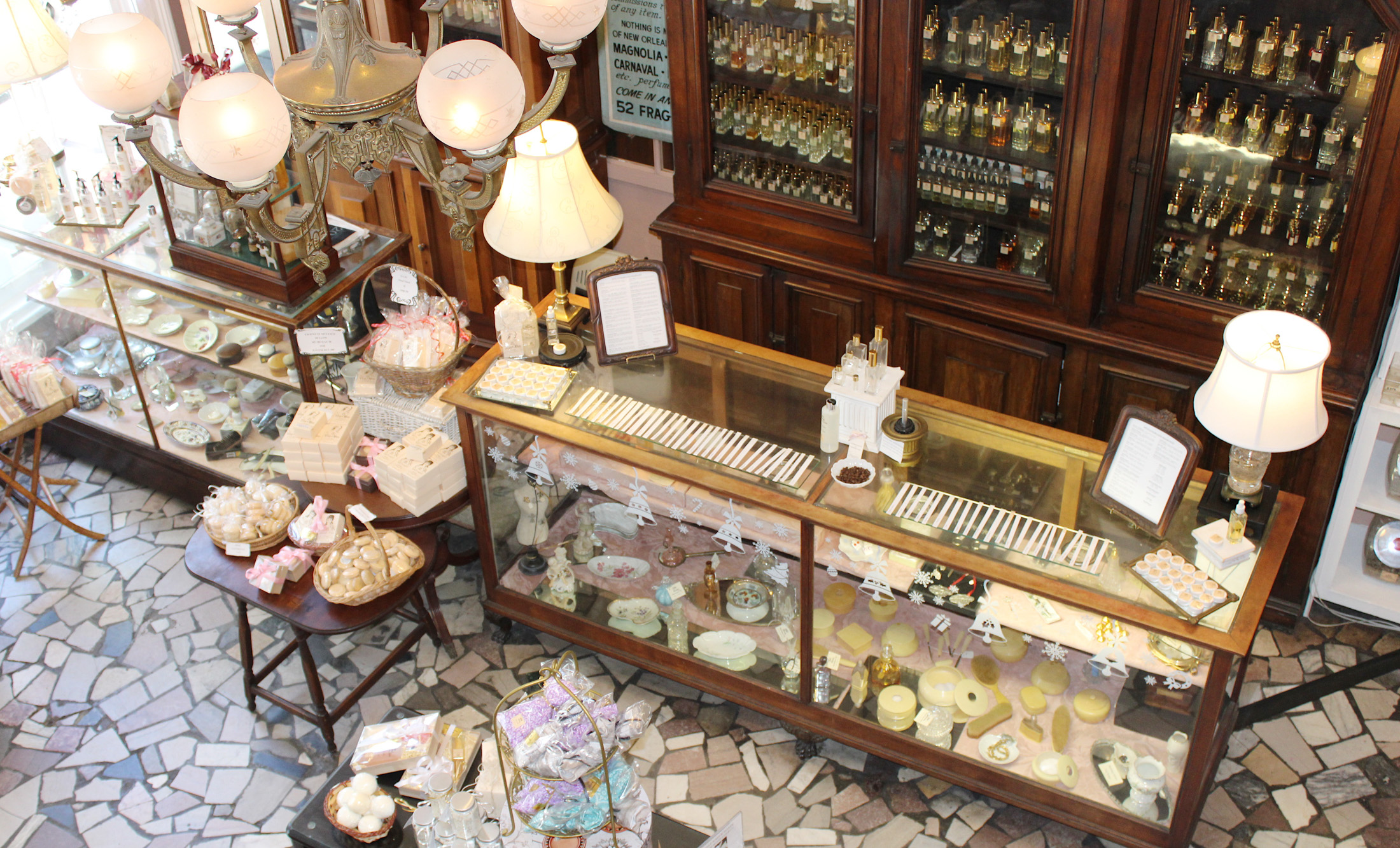 My most vivid memories of New Orleans are the scents.

Stepping off the airplane and walking into Louis Armstrong airport was the first time it hit me: a smell like I’d never experienced before. It was both earthy and clean, old but fresh. It was not the brackish, marine fresh I was used to back in Vancouver, where I’ve lived all my life.

There were many more scents to come. My first beignets, piping hot and sprinkled with powdered sugar, alongside café au lait made with Louisiana chicory. The smell of the breeze off the Mississippi River where, incredibly, someone was playing “Dixie” on the banjo while I watched a pelican swoop and dive. The cleanest-tasting oysters, roasted with butter, cheese, and fresh herbs, and served with slices of baguette. The swamp and fields of sugar cane, which seemed to stretch for miles in opposite directions to form the horizon line. And, unexpectedly, a perfume shop.

I found Hové Parfumeur on my first full day in New Orleans. I stepped out of my hotel on Dauphine Street and decided that, in addition to eating oysters, today I would make the city my oyster and walk the entire French Quarter until I had seen every street and building and absorbed as much of the place through the soles of my feet as I possibly could. 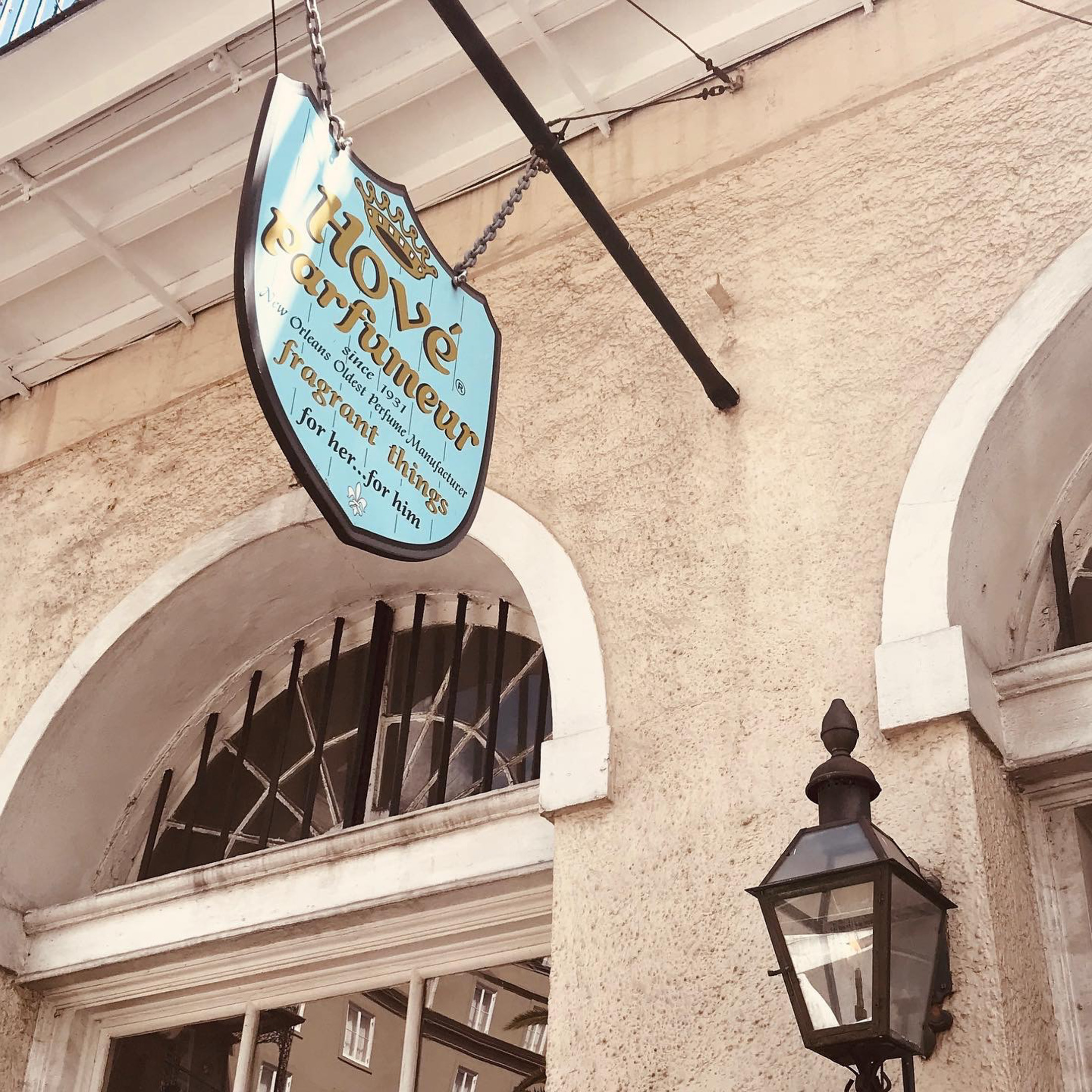 After some wandering, I discovered Hové on Chartres Street, under a tidy oval sign, looking much like I imagine old apothecary shops once looked: long, wood-framed display cases with glass counters, and miles and miles of little bottles. The woman behind the counter patiently let me select my go-to—pure neroli—before she pulled down a bottle that was the perfume I’d always wanted to wear but had never found: neroli, but mixed with creamier base notes, something crisp and light as the top note, musky enough to linger on the skin.

“I can get a feel, speaking to someone when they come in the shop, what kind of fragrance will work with that person,” she later tells me. “Ninety-five per cent of the time I’m pretty spot on.”

We’re talking on the phone after my return to Vancouver. In traditional New Orleans style, Amy van Calsem Wendel—Hové’s owner, who was behind the counter on the day that I visited—lives in the flat above her family-run shop in a graceful tan two-storey building, circa 1809. 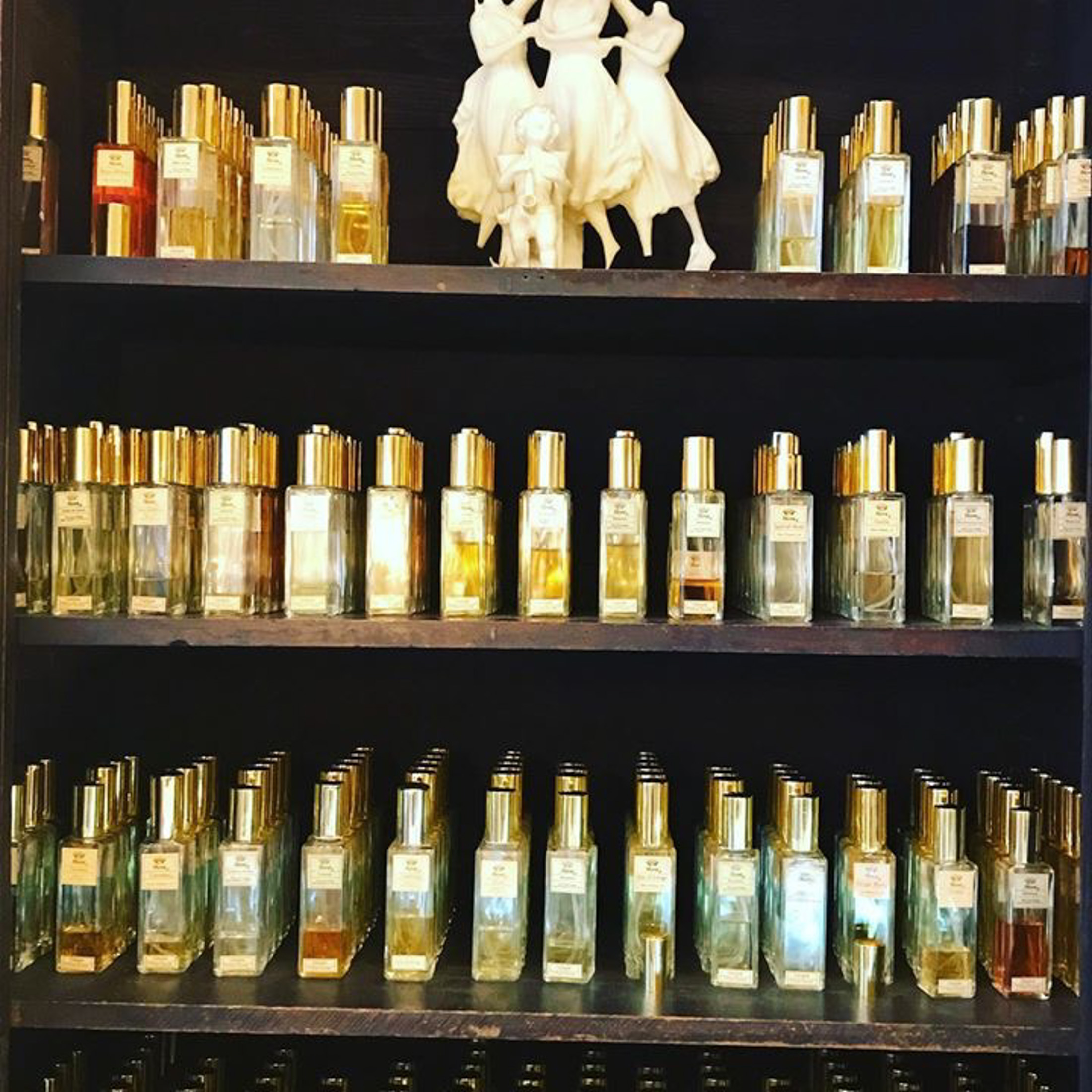 Van Calsem Wendel is the fourth-generation owner of the family business, which was launched in 1931 by Mrs. Alvin Hovey-King. Hovey-King learned the traditions of perfume making from her Creole French mother, and during the Depression, turned her hobby into an income when her husband lost his business. Her portrait, in which she is dressed in her black-lace Spring Fiesta outfit, still holds court in the shop.

Over the years, Hové has moved around the French Quarter as more space was required, but its ethos remains the same: small-batch, boutique scents inspired by the world but made on site in New Orleans.

As a person with a large personal collection of fragrances, who loves the alchemy and artistry of perfume, I had never seen or smelled anything like it.

And I’m not alone: a framed, autographed note from author Tom Robbins hangs in the shop thanking its owners for being the inspiration behind his quirky novel Jitterbug Perfume. 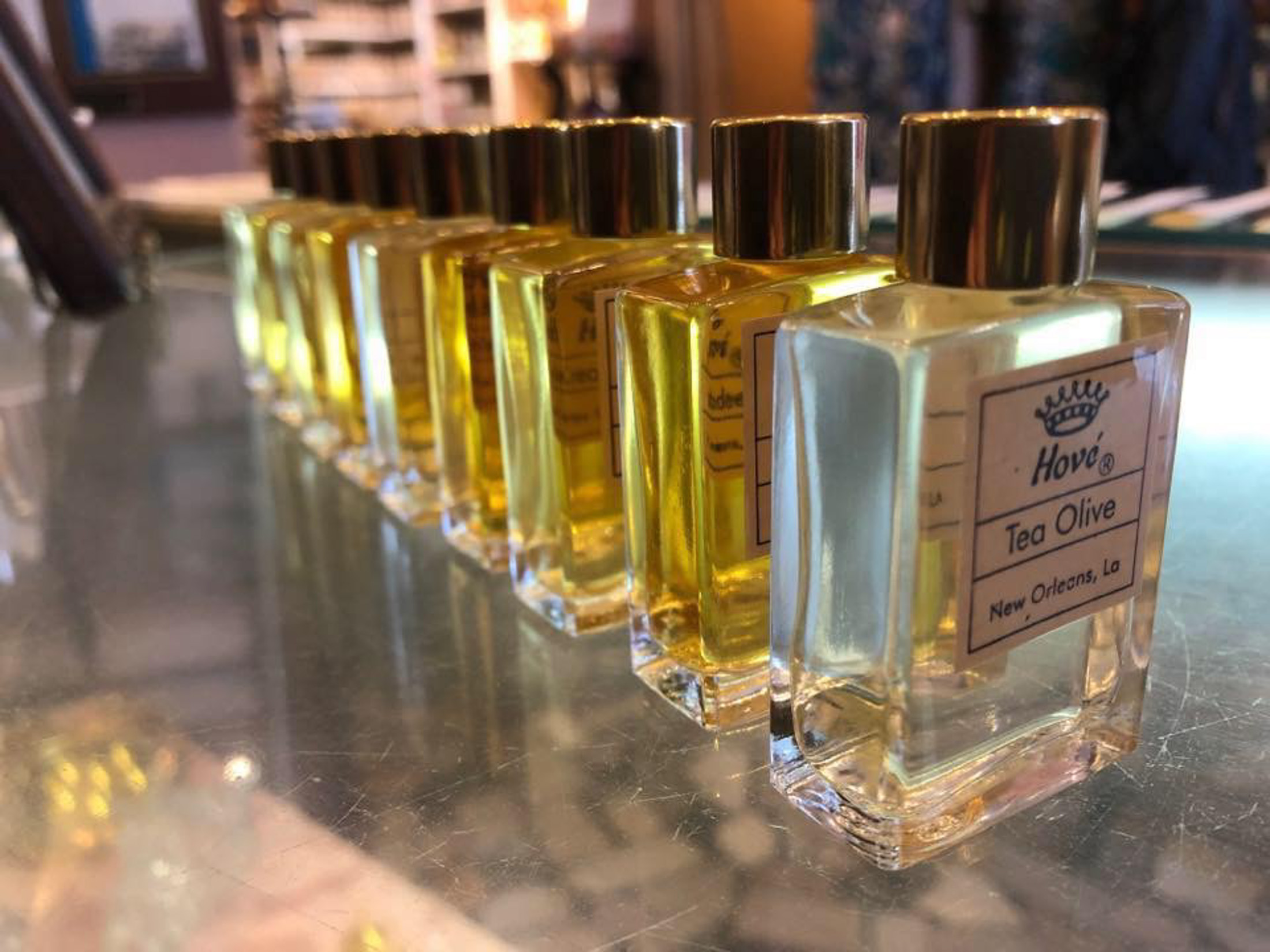 With her youngest daughter already planning to step in when she retires, van Calsem Wendel hopes her family’s shop will continue to inspire for at least another 90 years.

She’s pragmatic about the lasting power of her business: “Even if the economy is bad, we as women still want something that makes us feel good,” she says. “We still want to feel pretty and special, and smell good.” 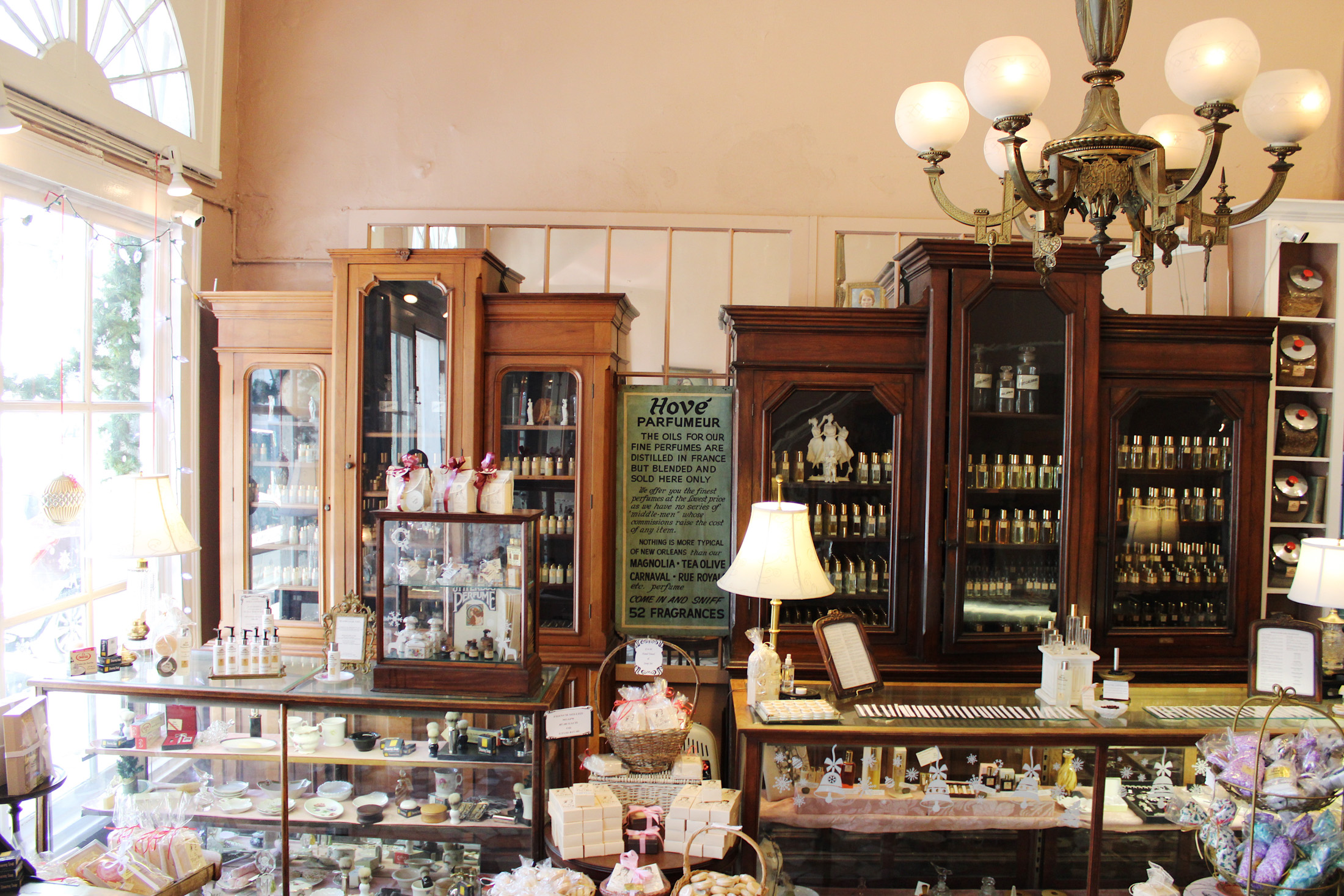 Sniff out what else is in Style.