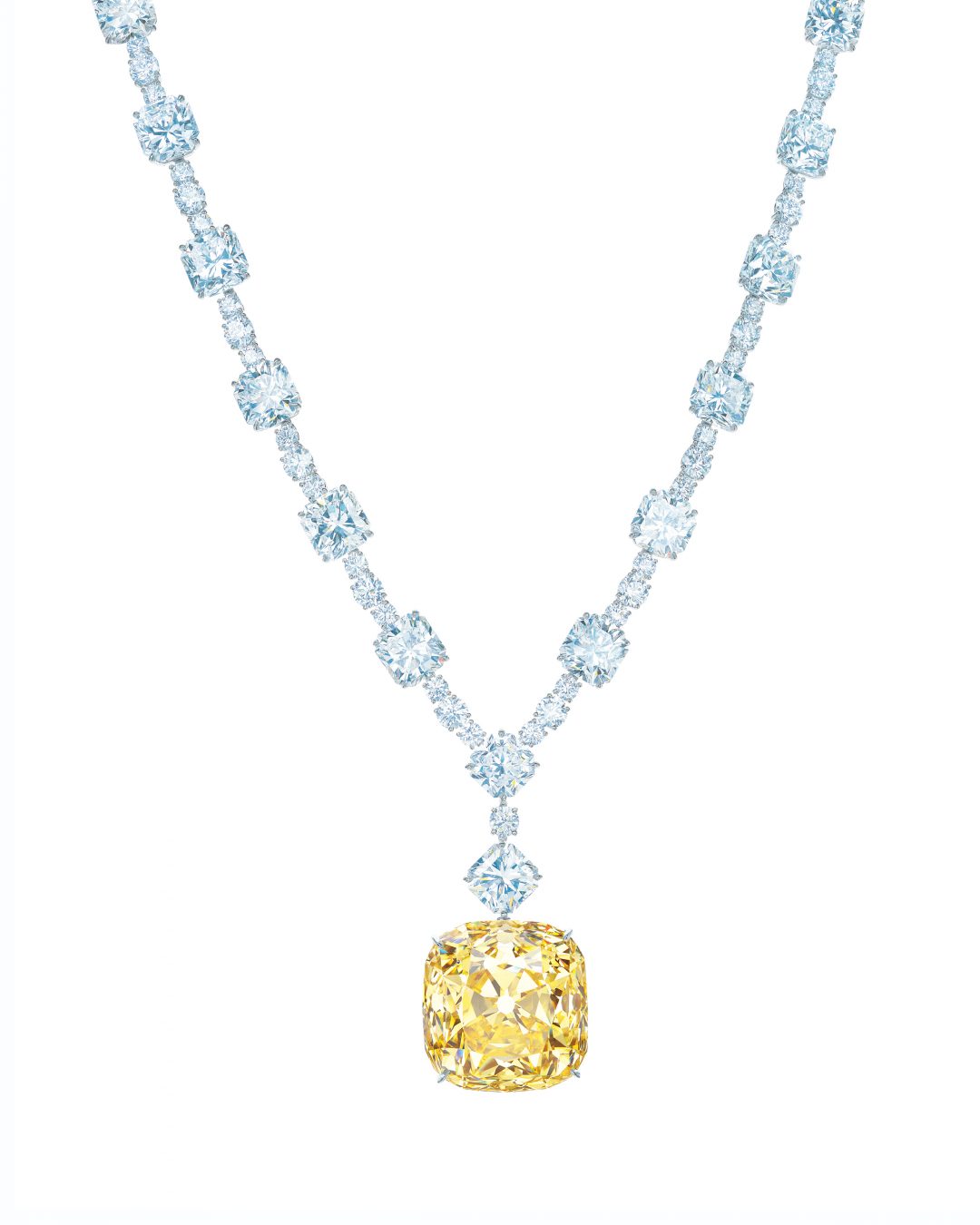 It’s an iconic scene for many in New York City: a taxi pulling up at Tiffany & Co. on Fifth Avenue and 57th Street, as an enchanting woman slides out of the door and approaches the windows of the world-renowned store. The magical diamonds of Tiffany dazzle and delight, making passersby feel as if they are living the scene that Audrey Hepburn once acted out on screen in the classic film Breakfast at Tiffany’s.

It is this very store that a stone of immense magic and beauty calls home. Beyond the brilliant coloured gemstones and distinctive Tiffany Blue Boxes sits the Tiffany Diamond: one of the largest and finest fancy yellow diamonds in the world.

And for the first time in its history, the Tiffany Diamond has come to Canada, giving Vancouverites a chance to have their own Holly Golightly moment.

On public display at Vancouver’s newly renovated Burrard Street store from Nov. 4, 2017 to Jan. 4, 2018, the Tiffany Diamond is shining bright for the city. Honouring Tiffany’s 10th anniversary here, the diamond—which was discovered in 1877—is a symbol of the highest quality of craftsmanship and purity. Purchased by company founder Charles Lewis Tiffany, nicknamed the King of Diamonds, in 1878, the Tiffany Diamond has since visited the likes of Paris, Beijing, and Dubai, and has only been worn by two people—one of them being Hepburn, in publicity photographs for Breakfast at Tiffany’s.

At the Burrard location, Vancouverites can expect to see the stone set in a magnificent white diamond necklace to mark the 180th anniversary of Tiffany’s founding. Weighing in at more than 128 carats, the Tiffany Diamond smoulders with the strength of natural light that streams into the store, immediately captivating the room. Although securely locked in its protective display vault (only a few people in the world are authorized to even hold the stone), the Tiffany Diamond is incredibly captivating. Photos cannot even do its allure justice; this priceless gem—indeed, it is not for sale—should be seen to be believed.

Read our latest in Style.