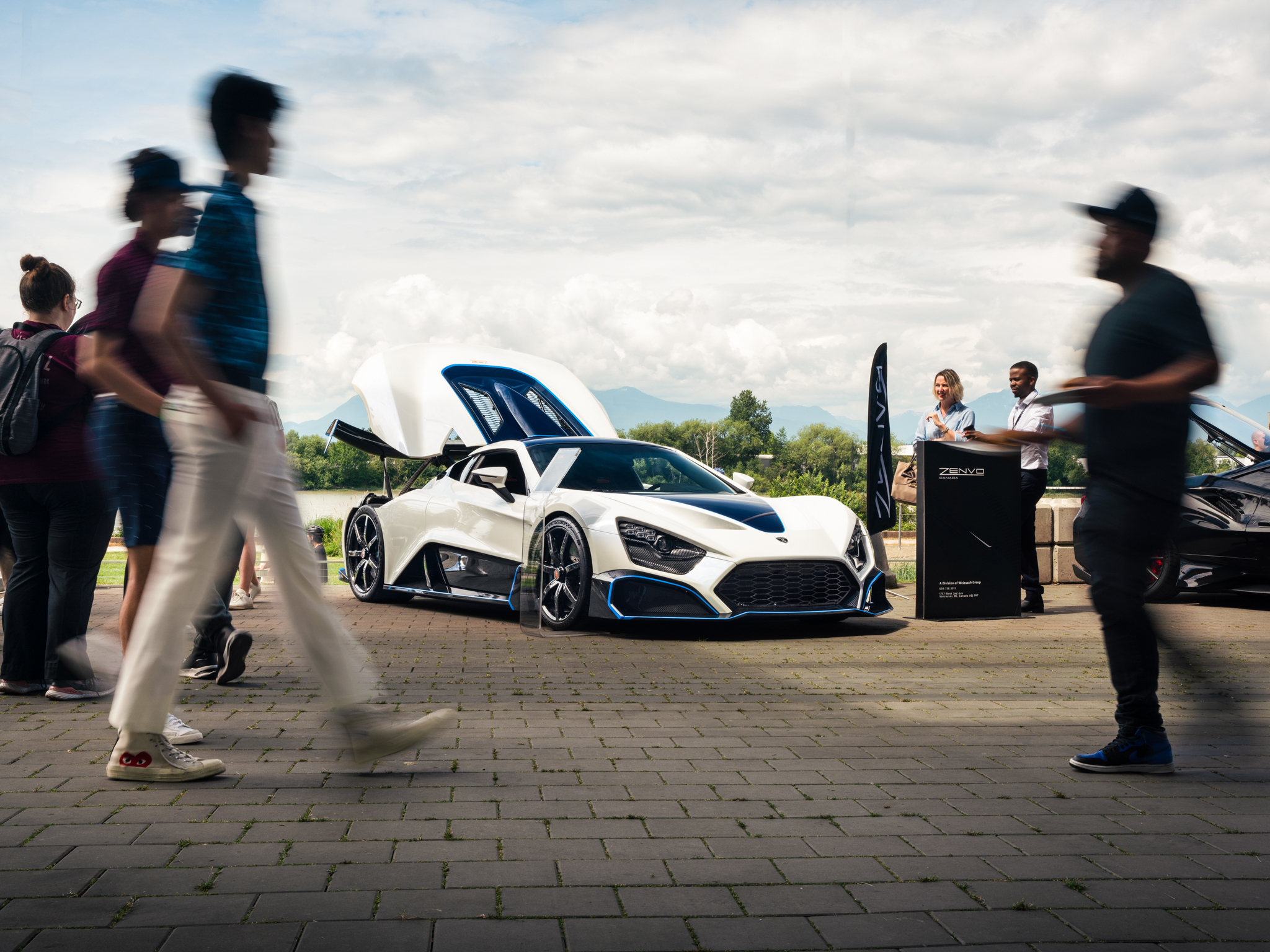 Talking about Denmark’s ultra exclusive automaker Zenvo Automotive is mostly an exercise in superlatives. Whereas your run-of-the-mill supercar might be so rare that more people are struck by lightning in a given year than buy the new limited-edition Ferrari, with Zenvo’s hypercars we’re in a whole different realm of scarcity. More people have been on the moon than received delivery of a new Zenvo last year.

At the launch of Zenvo Canada though, the company brought in its TSR-S model to drum up enthusiasm in a new potential market, and a few mere mortals managed to bask in its presence. Judging from their reactions, excitement won’t be a problem—the time occupied by aficionados staring endlessly into the cars’ perfectly aligned herringbone-patterned carbon fibre stretched into hours, and the scream of the powerful revving engine elicited unadulterated oohs and ahs from a crowd well-versed in horsepower. And let’s not even get into how many selfies were taken with that famed rear wing.

What’s special about the marque is that it’s not just some gearheads cobbling together spare parts from other cars, adding superchargers and calling it a new company. Zenvo was founded in 2007 on the Danish island of Zealand by Troels Vollertsen and from inception has been committed to being a fully functioning factory, hand building its own flat-plane V8 engines, working with unique race-derived transmissions, and crafting its own bodywork. The rare people who come in contact with the TSR-S are in for what may be the dreadnaught factor of current racing-inspired automobiles. A 1,177-BHP power plant propels the ultralight two-seater to 100 kilometres an hour in 2.8 seconds on its way to a top speed limited at 325 kilometres an hour. It has more in-house carbon fibre bodywork (five of the company’s 30 employees work just on this aspect) than a fleet of Lamborghinis, including the heretofore never seen carbon fibre wheels (that are both stronger and half the weight of alloy rims). A dominatingly massive rear wing is actually programmed to lean into corners to provide downforce when throwing the speed machine into turns at high velocity. And each model that leaves the factory is as bespoke as a Savile Row suit for the lucky owner, such that no two cars are ever exactly the same (you can configure your own version, including what particular switches you desire, using this tool). And the price tag for such a machine? Somewhere north of $2 million. 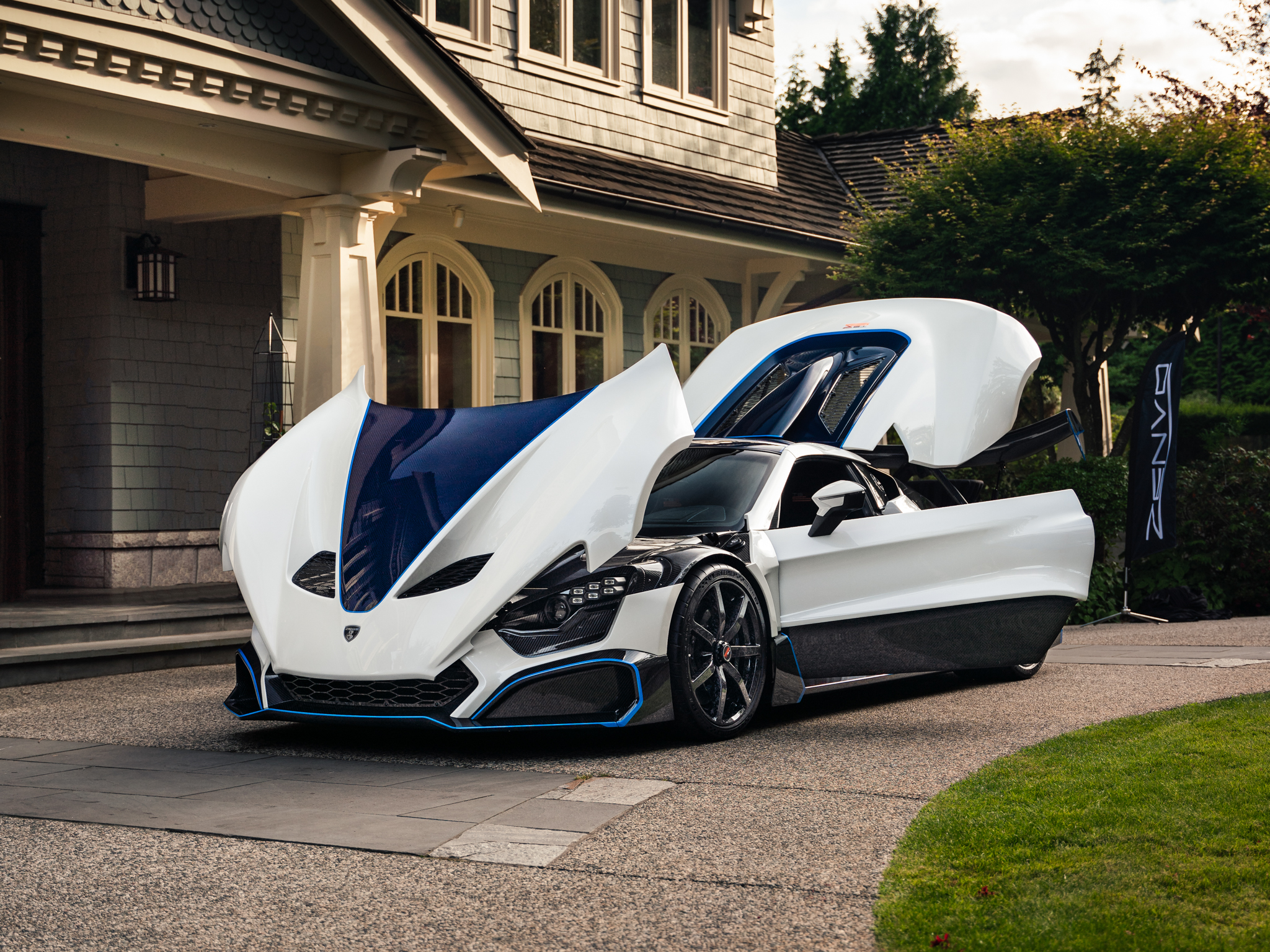 The Zenvo TSR-S is not street legal in Canada, but the company hopes that their next release will find a market in the country. Photo by Henry Little.

The rub is that when you only produce five cars a year, none of which come to North America, the Zenvo seems more an abstract concept, consumed solely through YouTube videos, than an actual functioning automobile. But if Kai Hensler, COO of the Weissach Group and recently appointed COO of Zenvo Canada, has his way, that will soon change. Hensler and Weissach are making a big bet that Canada, and Vancouver in particular, has an appetite for such an exclusive car. Hence the invite-only showing of the TSR-S.

Sadly, it’s unlikely any current TSR will ever make it to Canada—those in production now are all long spoken for, and the set-up of the car would require modification to be considered street legal in this country. But fortunately Hensler’s eyes are firmly on what’s next for Canada:

“As the hypercar market continues to grow, and after seeing what Zenvo will introduce in the future, it made perfect sense to bring them to Canada.” he said. “Zenvo will be launching their new flagship car (nothing like it has been seen before) at the Monterey car week next year. While the first year of production has already been sold out, Zenvo Canada secured five allocations for the Canadian market.” 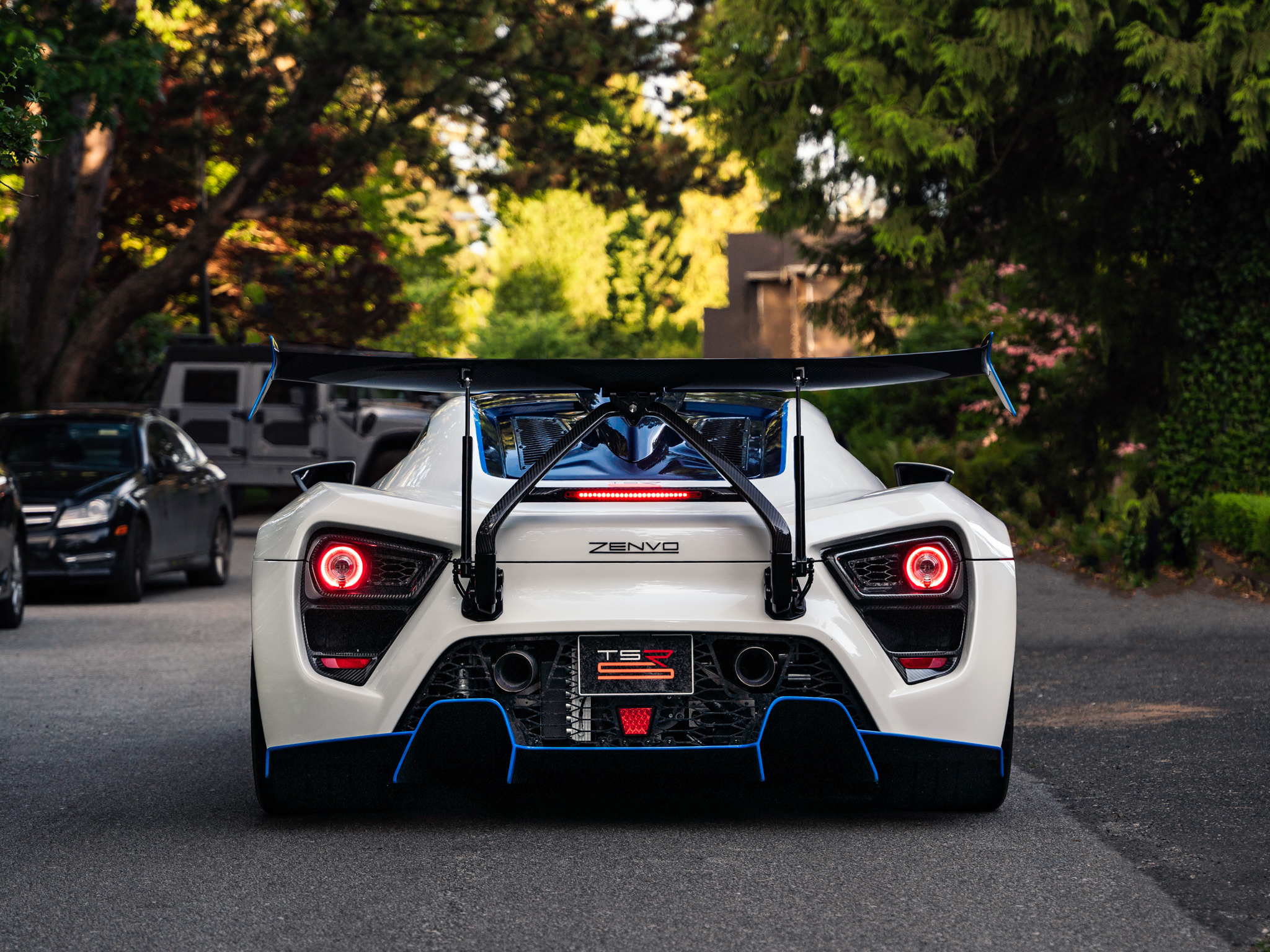 With a price tag north of $2 million, and with only five models made per year, there’s more chance of winning the lottery than seeing one on the street. Photo by Henry Little.

While there’s no official line on exactly what the new car will be, founder Vollertsen is convinced a hybrid gas-electric power plant will allow the model to spend the entire day on the track without recharging as well as avoiding the excessive weight associated with full electric (when you workers spend two weeks making a wheel from carbon fibre, you presumably get a little obsessive over weight).

It’s also rumoured to have four-wheel drive, a first for the company. But perhaps the most important intel is that the company is planning to increase production sixfold, to around 30 cars per year with upward of half coming to North America (hence Hensler’s enthusiasm for his allotment). So the five cars that will be coming here are both a tiny number and also a sixth of the company’s entire planned production—a huge vote of confidence in the Canadian market. And it leads to the possibility that one day soon, seeing a Zenvo on the street may be as common as winning the lottery.

One can always dream.

Read more of our reporting on cars here.