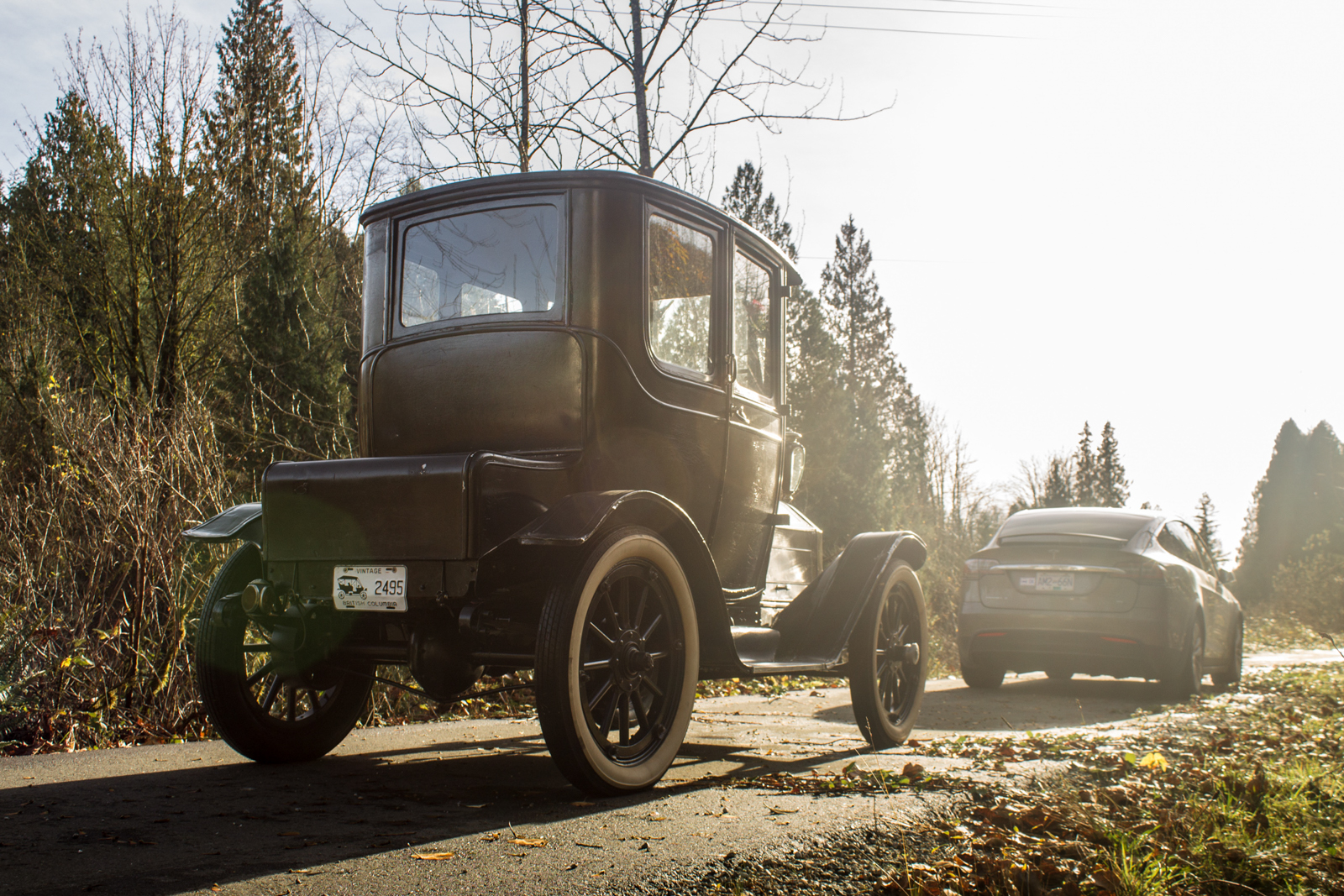 The Empress Hotel is beatific in the spring sunshine of downtown Victoria. Kings, queens, and even Shirley Temple have stayed here, the ivy-covered walls a symbol of the city’s starchy history. Out front, the horse-drawn carriages still clip-clop past as Toyota’s angular new EV pulls up to the curb. The modernity should look out of place, but on the contrary, it’s following tradition.

Toyota has taken criticism for its slow pivot to electric vehicles compared with other large automakers. The bZ4X is not the company’s first effort⁠—there have been two generations of electric RAV4⁠—but this is the first proper mainstream EV from Toyota.

Cruising through downtown Victoria, it follows more than a century of electric vehicles. The rise in popularity of EVs catches the headlines these days, but the idea is far from new. The Empress housed one battery-electric crossover more than a century ago.

Yes, crossover. The 1912 Detroit Electric owned by Florence Ffrench was taller than a standard vehicle of its day, the high roof providing extra clearance for womens’ ornate hats. While the fashion for stapling an owl to your headgear has faded, the rest of the Detroits made the same case as modern EVs. They were easier to live with than the likes of a Ford Model T: no crank-starting, no misfiring, no breaking down. 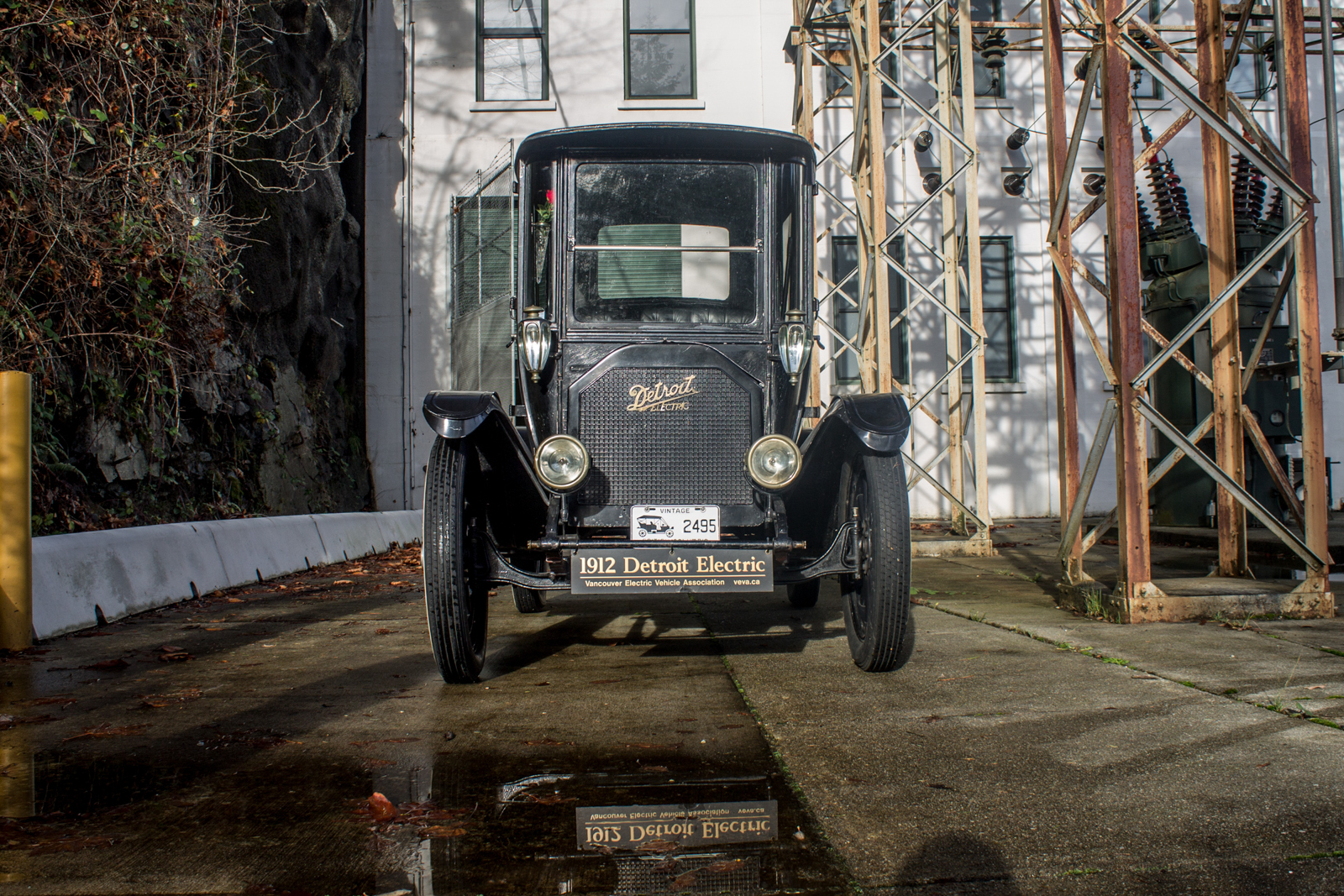 Mrs. Ffrench lived in the Empress from 1929 until 1962 and stored her Detroit in the hotel’s basement. She was a frequent sight around town, puttering along at no more than 13 kilometres per hour, grasping the tiller-steering bar of her electric machine. Trips were never farther than 12 kilometres, but she drove the car well into the 1950s.

If electric vehicles have been on the road for so long, serving as faithfully as they did Mrs. Ffrench, why have they been so slow to catch on? The principal problem with the Detroit Electric⁠—which still runs but is now stored at the Slave Lake hydroelectric dam museum⁠—is its cost. When new, the price tag was $3,200 (about $80,000 in today’s dollars), out of reach of most ordinary folks. By contrast, the entry-level bZ4X’s $44,900 starting price is right in line with the average Canadian new car, which hit $45,000 last year.

Thus you too can live like a wealthy dowager who can afford to stay in a hotel for 30 years. Or at least drive like one. The bZ4X brings the luxury aspects of EV ownership to a broader audience while remaining as practical and useful as you’d expect from a Toyota. 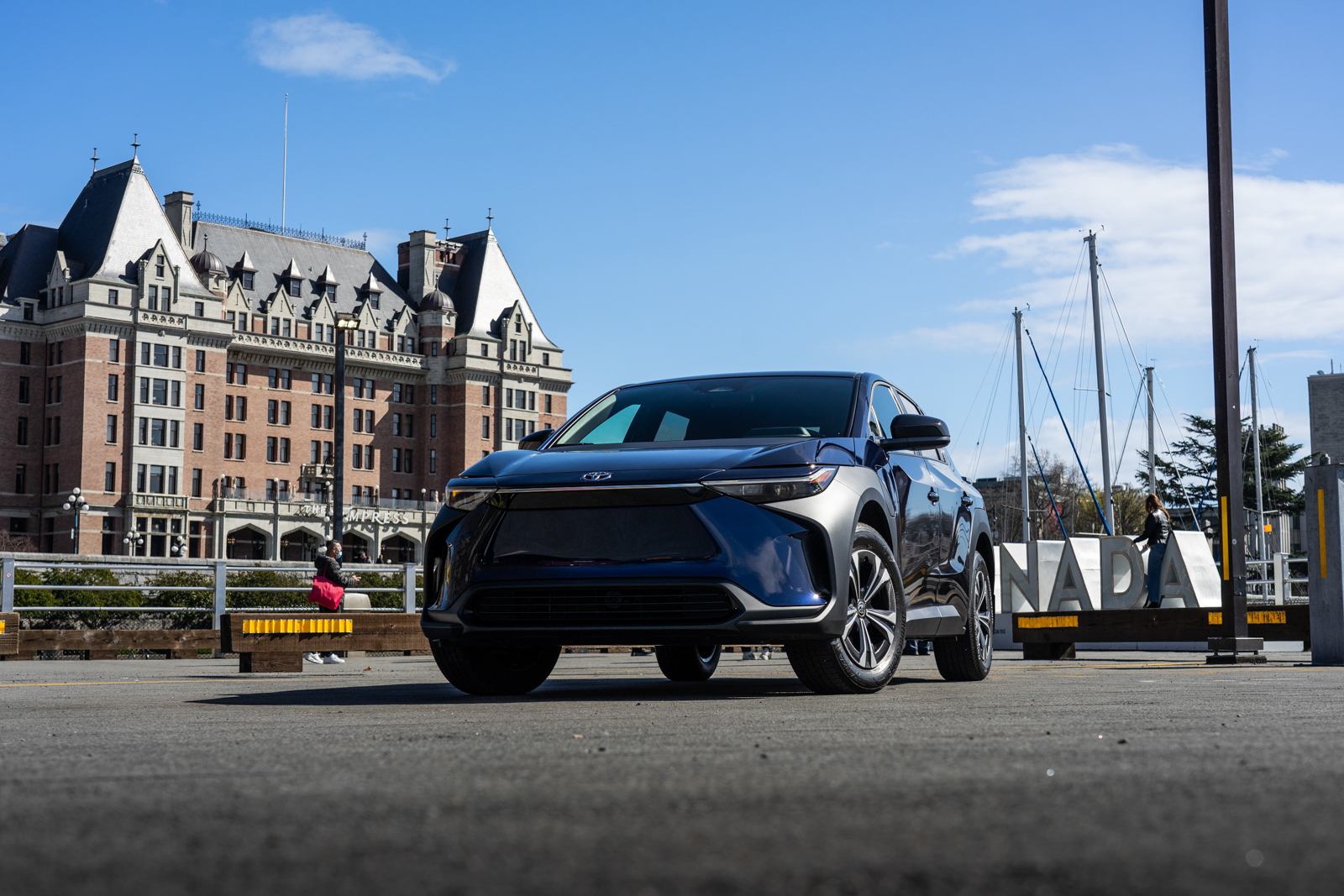 Really, the only awkward thing about this car is its name, which might be on purpose. While stopped at the side of a rural road for photographs, a passer-by in a Subaru Forester did a full panic stop to ask, “Is that the new Toyota—um…” The new Toyota EV is probably what everyone will call it rather than the alphabet soup on the rear hatch.

Base models are front-wheel-drive and come with a 71.4-kilowatt battery good for 406 kilometres of range and 201 horsepower. All-wheel-drive versions get a little more battery capacity, 72.8 kilowatts, good for 367 kilometres and 215 horsepower.

In a world where the Tesla Model S Plaid can warp past pretty much any combustion-engine vehicle, performance enthusiasts might politely stifle a yawn at the bZ4X’s roughly seven-second jaunt to highway speeds. But this is Victoria. The pace on the roads is slower, and Toyota’s EV is as quick off the line as you could want.

Further, the car is surprisingly deft on a backroad. It’s far more fun than a RAV4, thanks to the low centre of gravity that comes with a floor-mounted battery pack and some genuinely precise steering.

But this is not the chief satisfaction that comes from driving the bZ4X. Where the vehicle excels is in Toyota’s sensible layout of controls, spacious interior, and general ease of use. From the outside, the car looks futuristic; on the inside, it’s conventional. 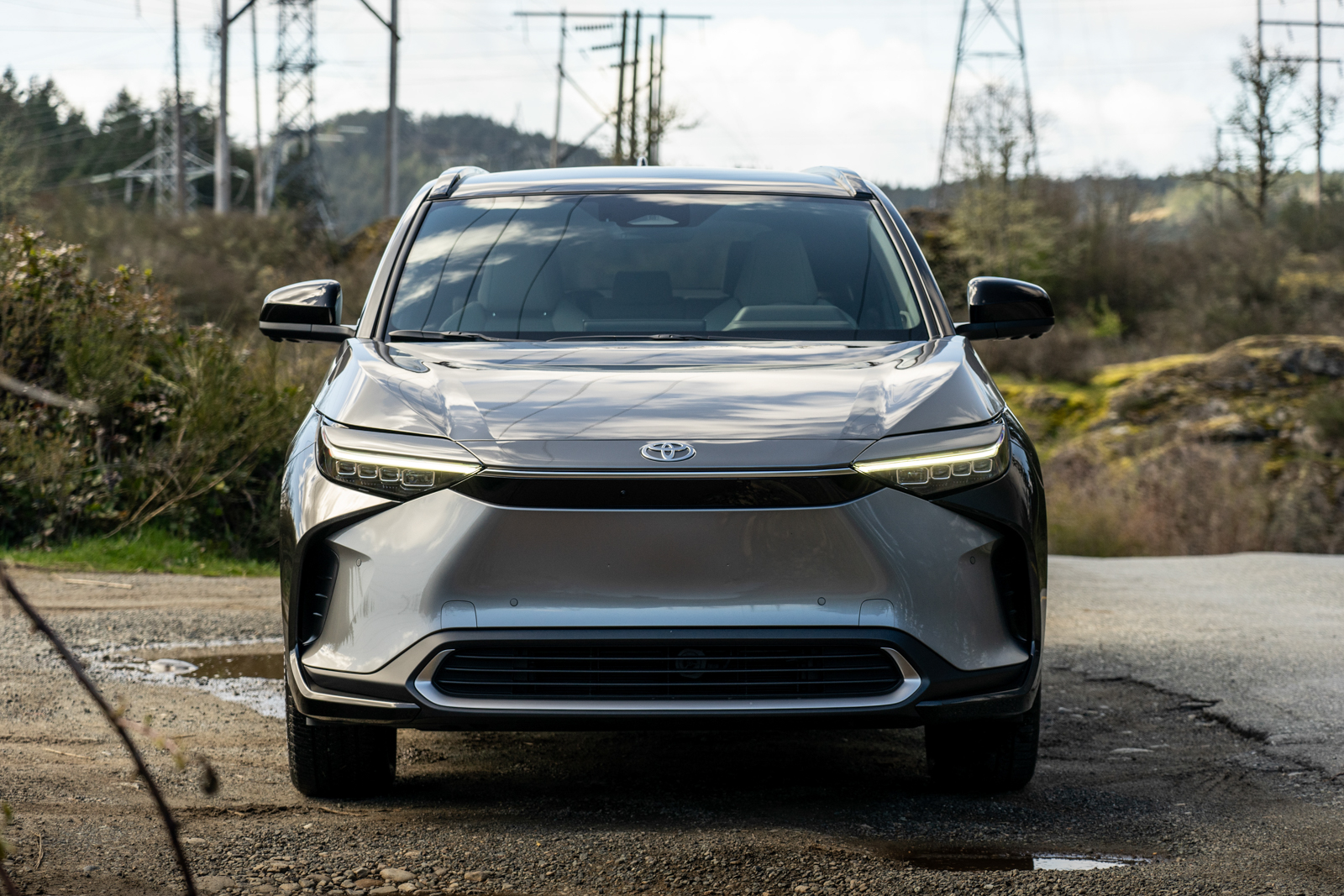 Apart from a raised instrument panel, which the driver soon gets used to, and a crisp new central screen, the bZ4X offers an interface prospect familiar to any RAV4 owner. The silent, instantly available electric torque is addictive. Really, the most difficult thing about this car is trying not to look smug when you pass a gas station and see the current sky-high prices.

Were Ms. Ffrench to step out of the lobby of the Empress today, she would find her world much changed. She might sniff at the increased traffic around the Inner Harbour, not to mention contemporary fashions. She might not have enjoyed having to put her hat in the trunk of the bZ4X to fit through its driverside door. But behind the wheel, she would have found a kindred spirit to her beloved Detroit.

It is often said that the future of transportation is electric. But the past was electric too. Here we are in the present, in an electric Toyota, arriving at just the right time and the right place.