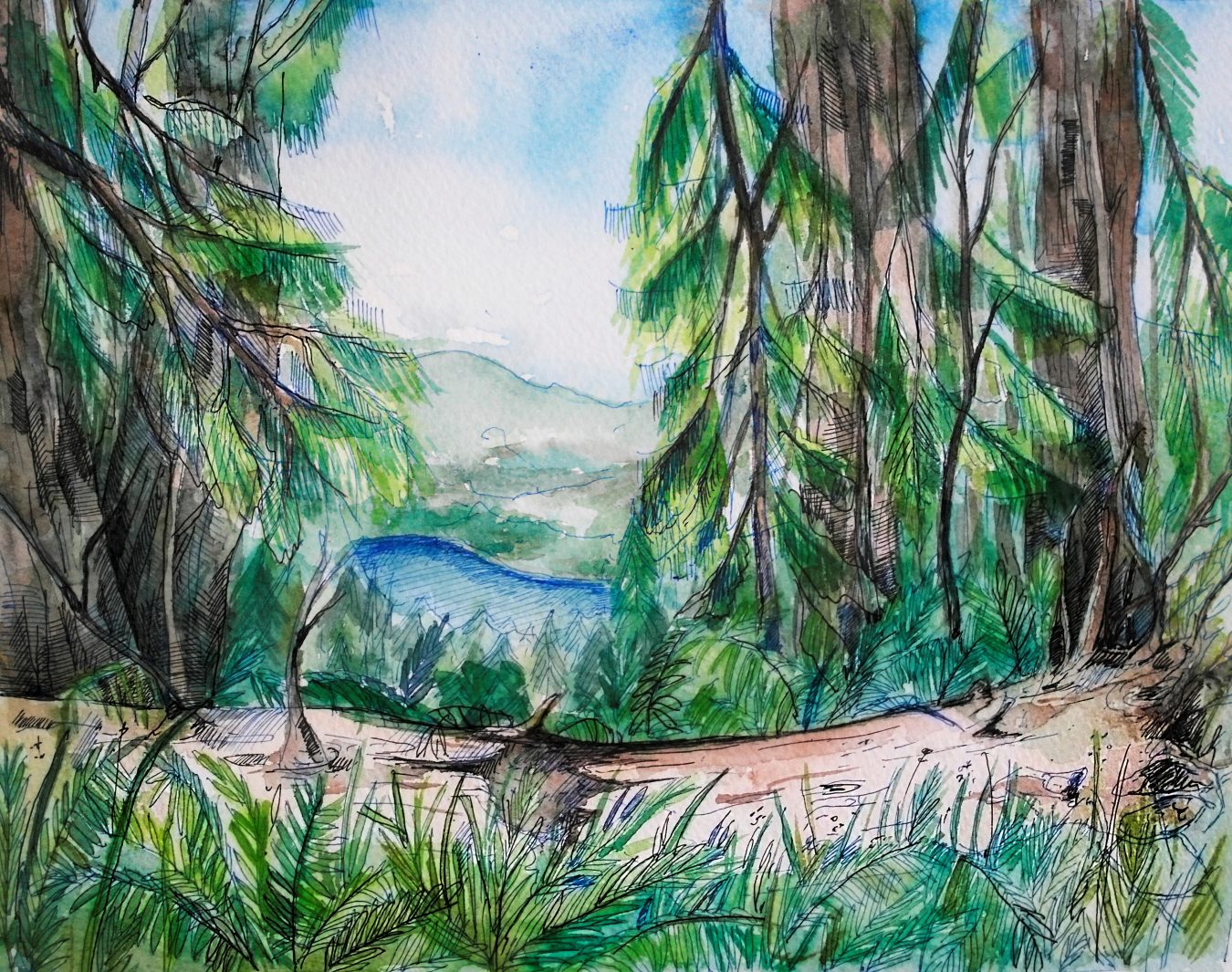 In the summer of 2016, Czech scientists found what they believe to be the country’s oldest tree: a spruce more than 600 years old, standing in Šumava National Park. The tree would have been just a sapling during the reign of Charles IV, living through the rules of dynasties, kings, and emperors. It stands on the banks of Plešné Lake—one of the five glacial lakes located on the Czech side of Šumava—at the base of the footpath to Mount Plechý, which is the park’s highest peak. To look at the lake’s still surface is to see reflected back a forest in transition. Between deep green clutches of new growth are grey and spindly spruce that died in the 1990s. And among these dead trees stands the country’s oldest.

Found in the south of the Czech Republic, the Šumava National Forest stretches the borders of Germany and Austria, where it spills into the German Bavarian Forest National Park; together, the two coppices make up one of the largest continuous woodlands in Europe. While not untouched by civilization, the forest has been uncommonly well preserved. Its few inhabitants were removed after World War II, when the parkland formed part of the deserted zone of the Eastern Bloc border and was not accessible by law during the communist regime, enforced by barbed wire, lookout towers, and electric fences. The greenery was officially protected in the 1960s, and three decades later, the core parts were made into a national park.

In recent years, logging has become a contentious issue, with some promoting large-scale clear-cutting as a solution to the bark beetle infestation of the past few decades. Concerned for the health and future of the forest, scientists from Mendel University in Brno, the Czech Republic’s second-largest city, have been studying the forest, and through their research, came upon the 600-year-old tree. By cutting a segment from the trunk, they were able to determine that the tree lived from 1372 to 1994. Many of its rings were very narrow, suggesting its growth was stunted in early years from being crowded and overshadowed. While the majority of the forest is now made up of the more economic spruce, this type of tree used to be in the minority, dominated by beech and fir. The team of scientists estimated that while natural disasters occur every 50 or 70 years, the new growth of the forest proves it will continue to regenerate.

On one end of Plešné Lake, a steep rock wall rises 220 metres, overlooking the water with its slope of granite boulders and the dense forest surrounding it. On the cliff edge stands a memorial monument to writer and poet Adalbert Stifter, and looking north, Jezerní Stream flows from Plešné Lake into the Vltava River. Following the Vltava, one will eventually arrive in Prague, the country’s capital.

Prague, known for its commanding architecture and maze-like cobblestone streets, is also full of ancient trees and sprawling, historic parks where wanderers will often stumble upon peacocks, pear trees, and beer gardens. There is Stromovka, a royal game preserve established in the 13th century that now winds through ponds and fountains, and neighbours the world-famous Prague Zoo. Or there is Havlíčkovy sady, which boasts a Neo-Renaissance villa built in the 1870s by an industrialist as a luxury summerhouse; it would later go on to be used by Nazis in World War II, house the University of Forestry, and, at one time, host a ballet studio. History is inescapable, but preservation is up to us.