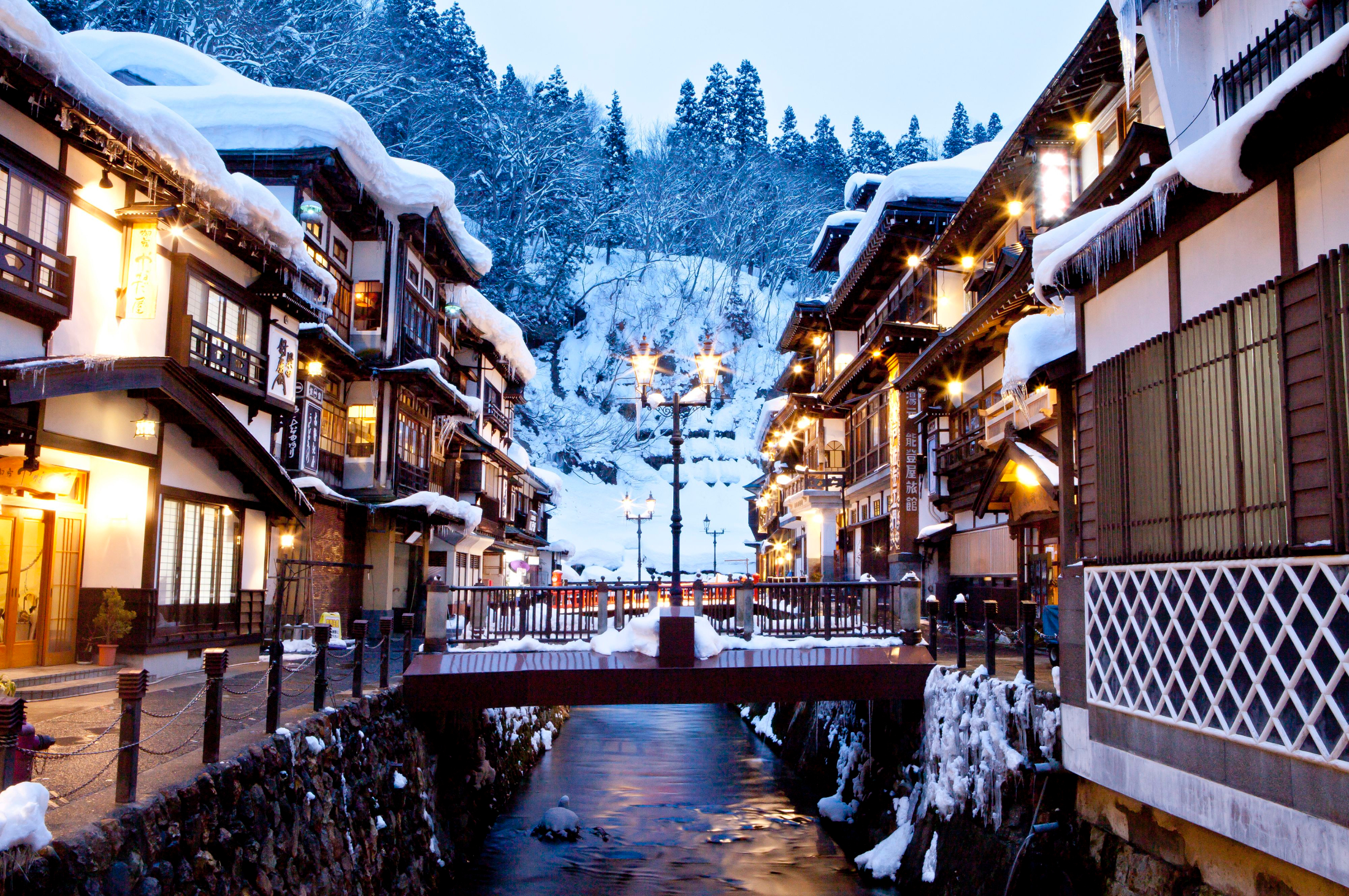 Take a break from the well-trodden tourist routes of Japan and head a couple hours north of Tokyo by train, and you’ll find frozen waterfalls, luxurious steaming outdoor mineral baths, craft sake, and the snow-covered traditional inns of northern Honshu Island, known for their gracious hospitality.

Visitors to Japan often miss out on the picturesque northeastern region of Tohoku and the northwest-coastal city of Niigata, but here in the North the locals are experts at embracing all things snow and ice. From snow monsters and sake to hot soba, here are some experiences not to miss:

Fierce winds, powder dumps and flash freezes coat towering trees with dramatic, crystalline snow drapes that form juhyo, the mythic snow monsters that stalk Tohoku’s mountains. They’re most plentiful on Mount Zao in Yamagata prefecture at the Zao Onsen ski and snowboard resort, or in the Hakkoda Mountains near Aomori City. Take a monster-spotting tour, or hit the slopes to carve your own juhyo-dodging path. Snow monsters pop up all over the region. I saw one hulking example at my mountain inn near Aomori. 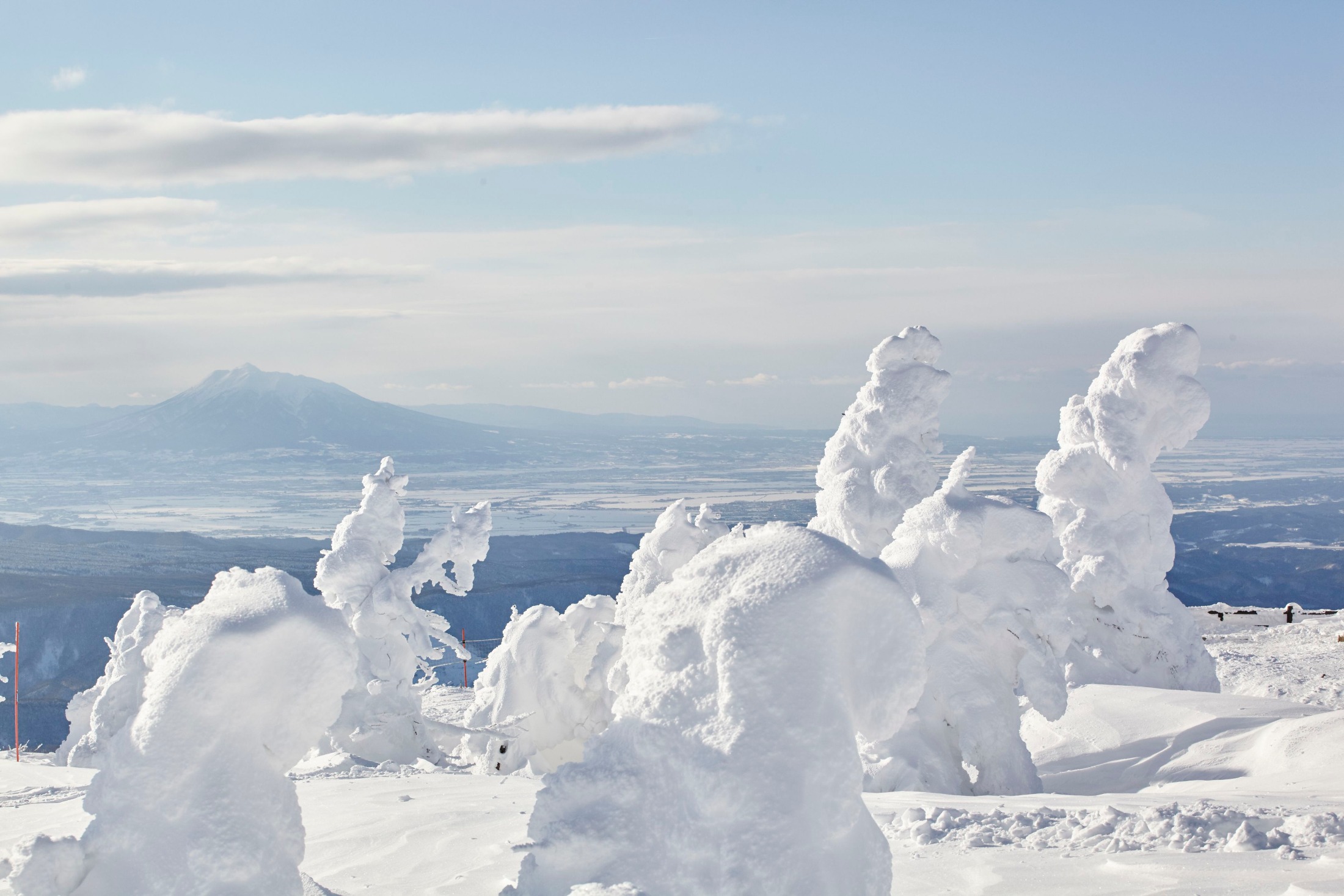 Bring on the wanko-soba challenge

Tie on a blue apron for the ultimate noodle feast in Iwate prefecture: the wanko-soba challenge. Wanko means “small wooden bowl” and soba are chewy-yummy buckwheat noodles. Up for the challenge, I sat at a low table in Azumaya Soba’s tatami mat dining room as a server hovered, relentlessly filling my red soba bowl the second I emptied it. The gluttony isn’t as serious as it sounds—there are 15 bowls to a cup of soba. Tables cheer each other on, pushing soba slurpers to reach the magic number of 100-bowls. Experts dump their soup, don’t bother chewing, and avoid the tasty side dishes and toppings included in the 3,250 yen ($32 Canadian) adventure. No stopping or resting is allowed; only slamming the lid on your bowl stops the noodle onslaught. I only made it through 40 bowls: a wanko-soba lightweight. 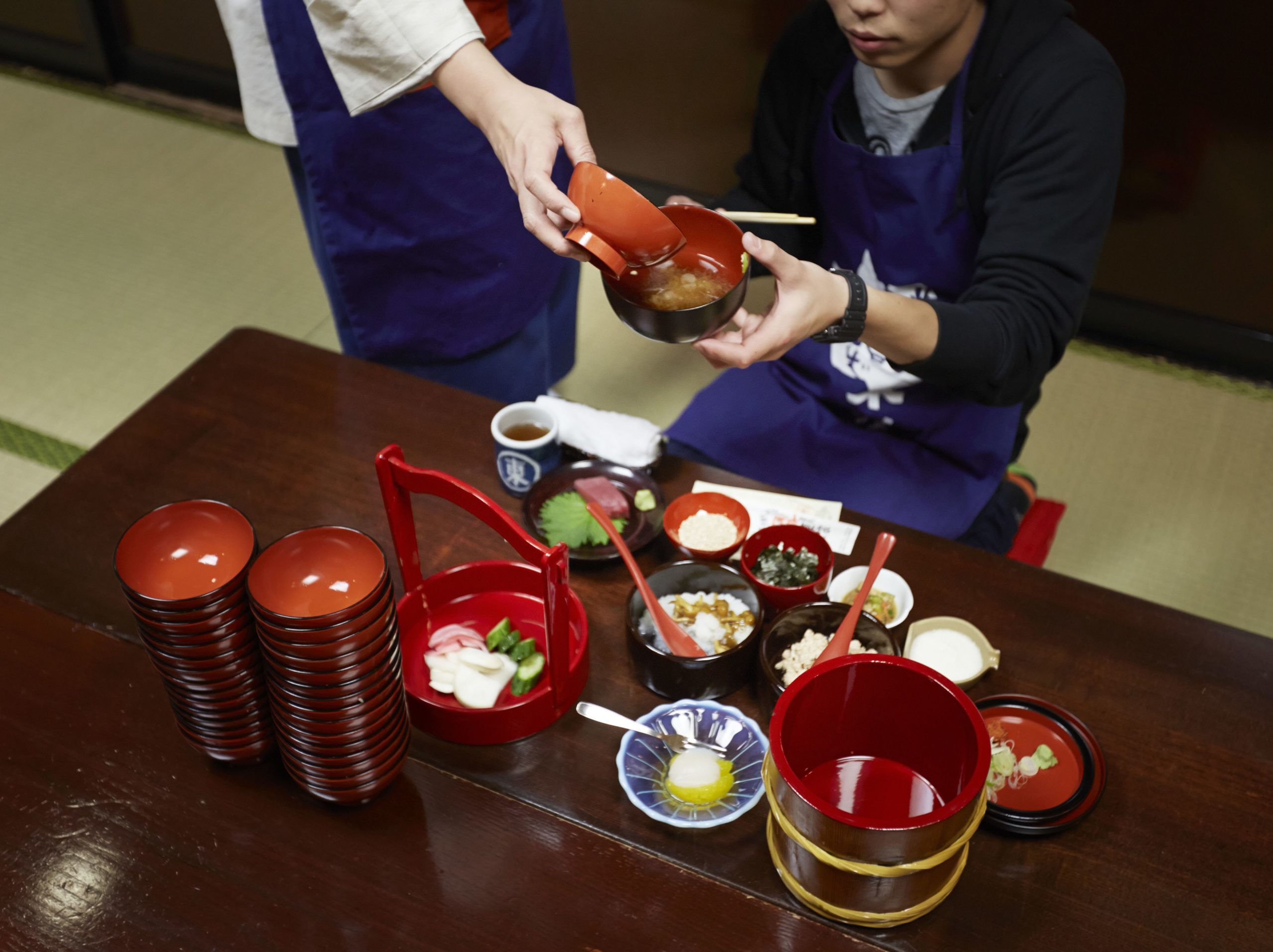 Winter is sake-making season, and Tohoku and Niigata are famous for growing top-quality rice, the key ingredient in sake—along with the freshest spring water and the skill of the toji, or brew master.

Here’s your chance to taste sakes that may never be available outside Japan. Rustic Takarayama Shuzo brewery near Niigata was founded in 1885. Yukiko Watanabe, the owner’s wife and toji’s mother, explained the process of sake making as she took us on a free tour. I couldn’t stop staring at her incredibly youthful skin. Her secret? Sake. She uses it as a toner. I bought a pretty glass bottle to keep on my bathroom counter. If it doesn’t work, you can drink it, Yukiko-san said cheerfully. Win-win.

Taking a brewery and tasting tour is an excellent way to get schooled in sake. I had no idea rice wine, enjoyed cold, could be so complex and delicious, and the tastings made me more confident about what kind of sake to enjoy with my meals. I sampled several varieties of Takarayama sake, along with amazake, a creamy-sweet low-alcohol drink made from newly fermented rice.

Pro tip: Further your sake education at the massive wall of coin-operated sake-tasting dispensers in Ponshukan Sake Museum in JR Niigata Station, which has more than 100 Niigata-made sakes to sample. For 500 yen ($6 Canadian) you get five tokens to use in the machines, each labeled with the producer and flavour profile of the rice wine. The sizable sake shop next door specializes in craft brands. 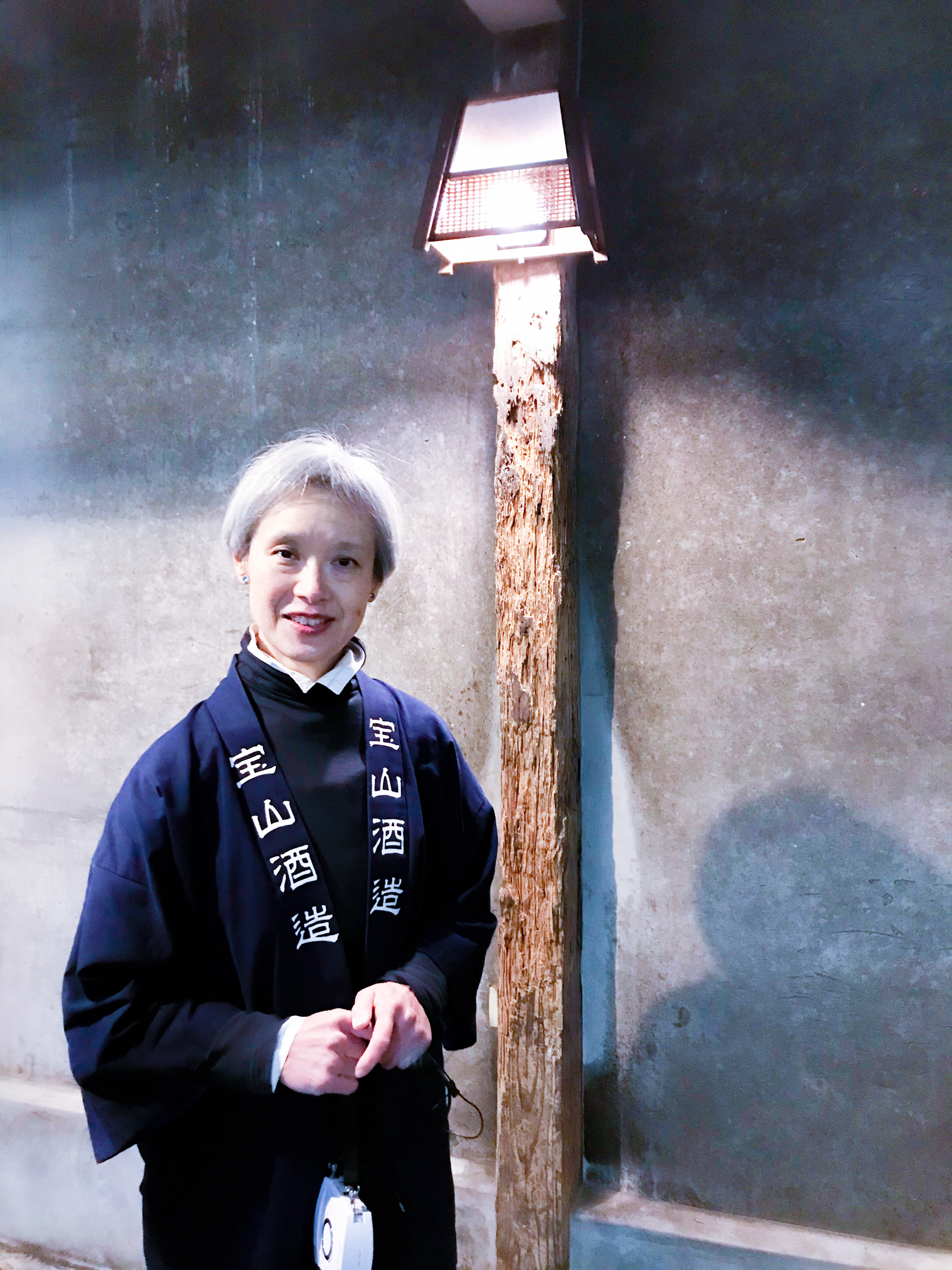 Soak in an outdoor onsen bath

Relaxing onsen baths heated by natural geothermal mineral springs are a must-do in Japan. Good for body and soul, there’s a reason why the most common sound you hear is a low, contented “ahhh” as fellow bathers sink into the shallow pool filled with steaming hot water. But sitting back in an outdoor onsen at a mountain resort surrounded by trees, stone and drifts of snow is the ultimate experience. Men and women bathe naked and separately. Tohoku is known for its ryokan onsen, traditional inns with hot spring baths. Shy? Many ryokan have private baths, some attached to rooms. A plush futon is made up on the floor of your tatami room while you’re at a multi-course kaiseki dinner, the Japanese haute cuisine tasting meal that showcases both the season and the chef’s skill. You’ll be cozy in a cotton robe, called a yukata, that guests wear throughout a stay. 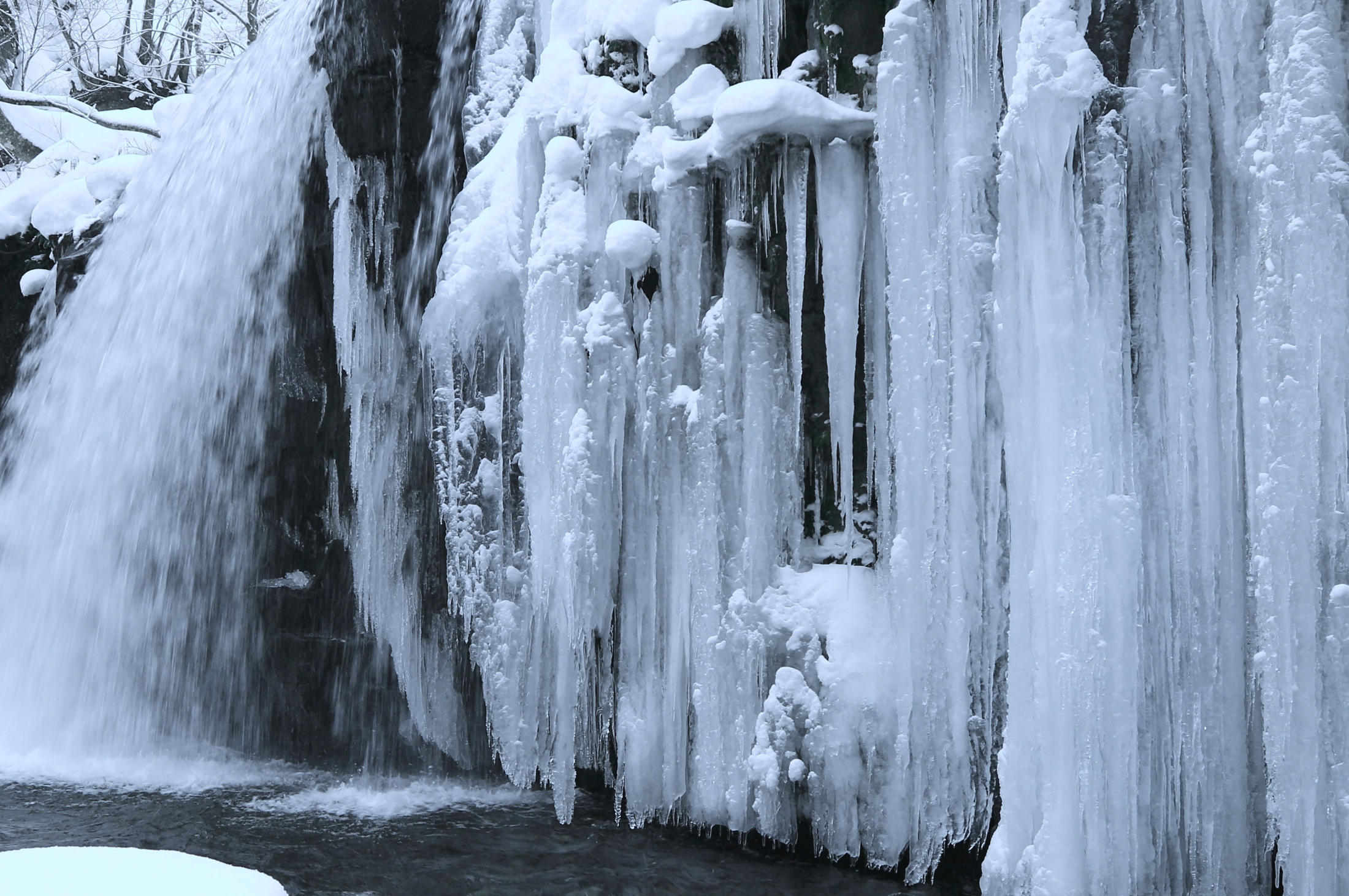