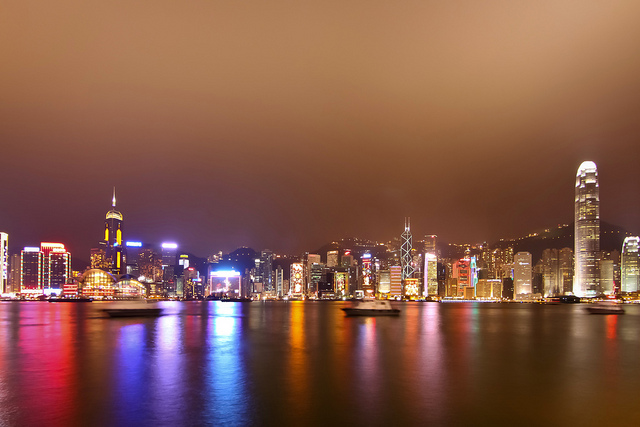 Inspiring and sometimes disturbing scenes are playing out in the streets of Hong Kong this month. Peaceful demonstrators are fighting to preserve the city’s unique democratic privileges, now threatened by mainland Chinese authorities. Agitators have begun attacking protestors, attempting to disrupt the demonstrations, and the situation may deteriorate. On the upside, it’s probably a good time to get a decent deal on a hotel room.

Travel is not the first idea that comes to mind when watching the news from Hong Kong. But certain travellers may find themselves drawn to what is, for a short time, a city transformed. Those in Hong Kong now are forging a bond with the city that no casual tourist will ever know.

Last year I was in Bangkok as the city was in the grip of a paralyzing anti-government protest that was blocking key intersections and occupying important city districts. This was no Hong Kong situation—the Bangkok demonstrators were really more of an anti-democratic movement, and I did not support their cause. But that did not make it any less fascinating to see. The protest camps featured a party atmosphere—live music, flag waving parades, and in typical Bangkok fashion, plenty of fantastic food. Nonetheless there was an underlying tension and flashes of violence. One day after I’d visited one protest encampment I returned to my hotel, turned on the news, and heard that a grenade had exploded at another camp across town that afternoon. Still, the danger, exaggerated by news reports that focus on chaos, was considerably less than that faced on highways anywhere in the world.

Visitors to a city in the grip of a major protest might be accused of voyeurism, snapping selfies as citizens risk their safety seeking change. But Bangkok residents were glad to see not all the tourists had fled. People still have to make a living.

Goldman Sachs recently slashed its predicted growth rate for Hong Kong based on fears of decreased tourism (although ironically tourism from mainland China has remained strong—largely because the Beijing government has blocked most news of the protests).

If you’re planning a trip I’ll bet the city would be happy to welcome you. You might find it inspiring.