The volcanoes and mountains cradling the Chilean town of San Pedro de Atacama are considered royalty, and they also have love lives. According to local legend (though details vary), Prince Licancabur was set to marry Princess Quimal, but then his friend Juriques fell for her, too. This caused Quimal to waver, which exasperated her hot-tempered father, Lascar, who erupted, tearing the top off Juriques; he then exiled his daughter to the other side of the salt flat. To spend five days in the Atacama Desert preceded by four in Patagonia is to find oneself in a similar love triangle, between two regions.

Patagonia first. Arriving deep into the Chilean portion of the roughly one-million-square-kilometre area at South America’s southernmost tip is a 24-hour marathon, but the agony is swiftly forgotten upon entering Torres del Paine National Park and catching a glimpse of the chiseled Macizo del Paine basking in the sun. The massif sometimes plays coy behind a curtain of clouds, but give it time—and wind—and all will be revealed.

Embedded in the landscape, Explora Patagonia provides a prime seat for the show. Above aquamarine Lake Pehoé, the property is perched like a dry-docked ship, the award-winning work of architects Germán del Sol and José Cruz. Inside, 49 rooms face either the mountain or the Salto Chico waterfall, where another matinee takes place: a ballet of torrent ducks riding the rapids, diving down and popping up. Being an awe-struck spectator of nature is revered here—to encourage it there are nightly lectures on ecology, and no televisions or Internet connections in suites—but the highest aim is to venture deep into it. 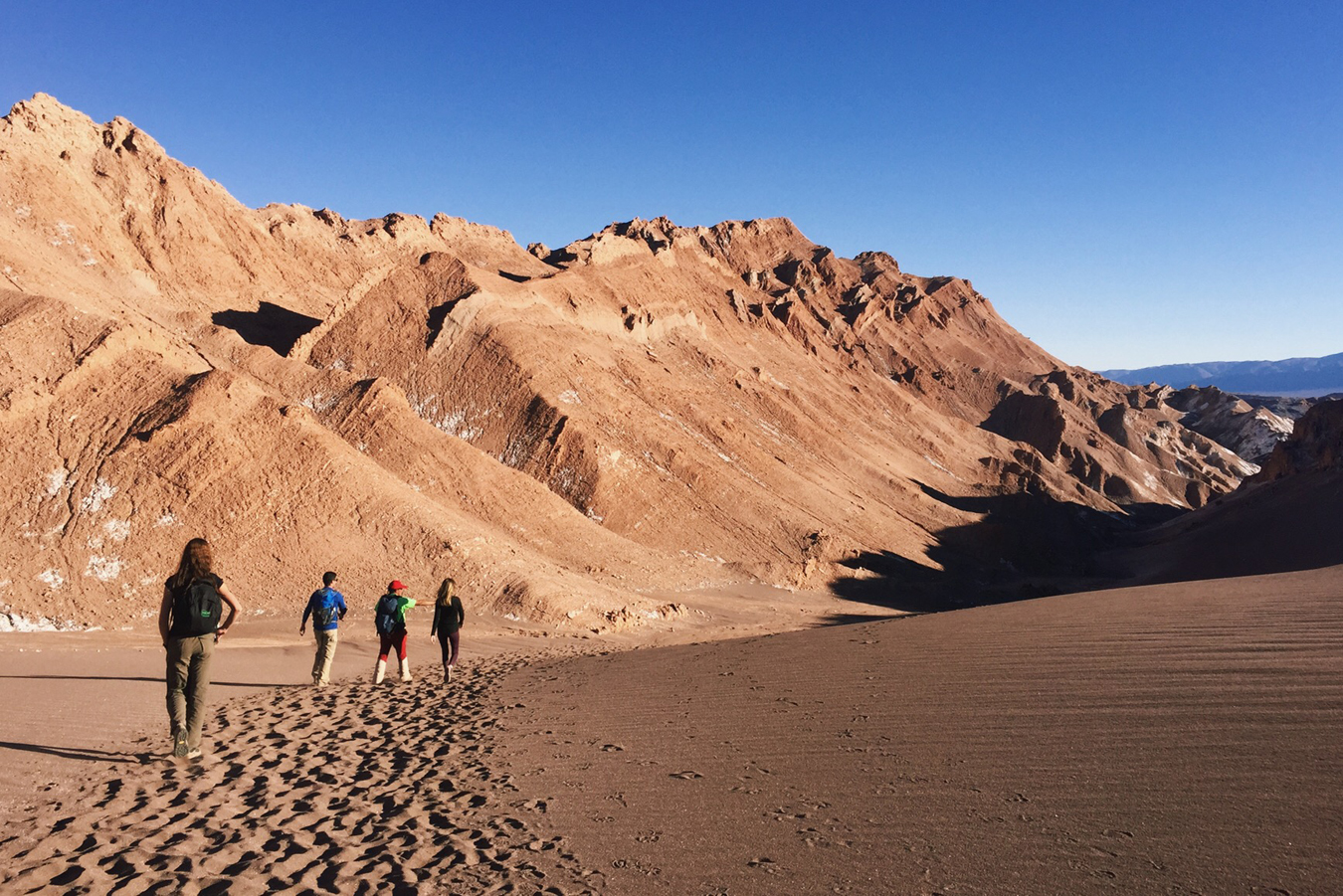 At Explora Patagonia, there are more than 50 adventures to choose from, guided either on foot or horseback and varied in difficulty. A four-kilometre amble along the north side of Sarmiento Lake is a good start; the water is lined in white, in credit to thrombolites, calcium carbonate structures that have hosted cyanobacteria here for some 10,000 years, but their kind is recognized for changing life on earth some 3.5 billion years ago.

For the roughly 250,000 visitors to Torres del Paine each year, the climax is to reach the base of the iconic three towers for which the park is named. There is foreplay before the big event; a trek along the shores of Lago Grey to see the electric blue icebergs the glacier has sloughed off, followed by a horseback ride across the pampa. They have two of their own stables totalling over 50 horses, trained at a ranch in Colunquén run by Explora’s owners, the Ibáñez family. Local gauchos lead the ride, and sharing a cup of yerba mate with them afterwards is tradition. 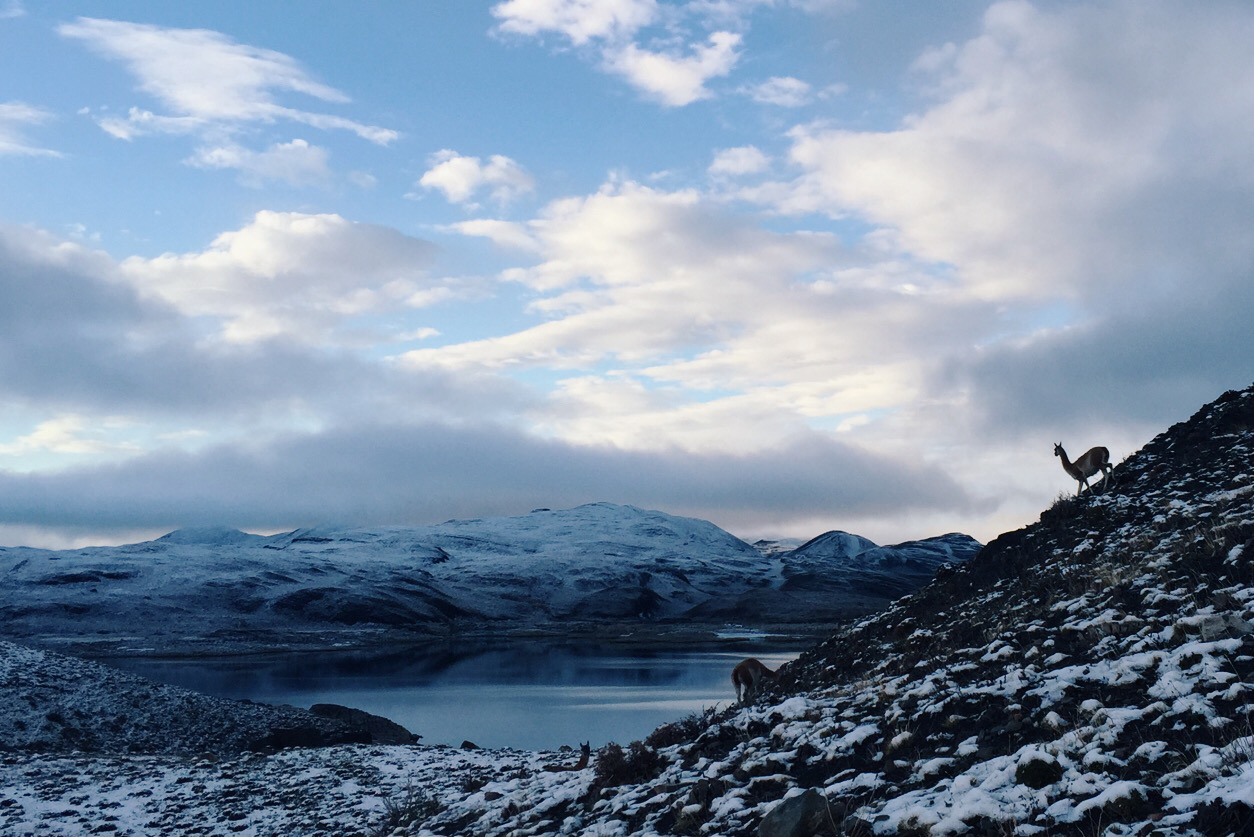 Torres del Paine demands a whole day, and it’s a one-hour drive each way. On the way, glimpsing a puma and her cubs hunting parallel to the dirt road in dawn’s dim light provides an extra rush. The 750-metre ascent to the towers is around 18 kilometres return. A 45-minute zig-zag up and over a jagged moraine is the last leg-burner wherein one earns the right to commune with the granite trinity. It’s the best cliché, that of a spiritual experience, to cower at their feet, and some hikers, when it’s warmer, give themselves a baptism of sorts in the Paine River. If the view isn’t potent enough, the guides have Baileys and coffee.

Being an awe-struck spectator of nature is revered here—to encourage it there are nightly lectures on ecology, and no televisions or Internet connections in suites—but the highest aim is to venture deep into it.

Then it’s to Atacama. A two-hour flight and one-hour-or-so drive from Santiago, Explora Atacama lives on 17 hectares within the adobe maze of San Pedro de Atacama. The town is in an oasis in the Atacama Desert, roughly 200 kilometres inland and 2,500 metres above sea level, fenced off from Bolivia by the Andes and Argentina. As well as hikes and horseback rides, the 40 explorations here include bike trips and high mountain ascents.

The dry Altiplano knows how to stage a seduction. At Salar de Atacama, the country’s largest salt flat, the setting sun paints the eastern backdrop pink and purple while simultaneously tingeing Laguna Chaxa’s shallow waters blue and gold, a reflection only disrupted by the lithe silhouettes of wading flamingoes. The following day, the courtship continues with a trek along a ravine, watched over by ancient cacti, that concludes at the Puritama Hot Springs.

Another night and another swoon-worthy sunset, this one at Valle de la Luna, named for its otherworldly terrain: a trek that weaves through landforms carved by the elements, up and down sand dunes, and ends, like every Explora outing, with refreshments. Darkness overtakes dusk, and back at the property there’s stargazing—the Atacama Desert provides one of the clearest views of celestial bodies. To aid dilettante astronomers, Explora has its own observatory for getting a closer look at the galaxy. On this night, it’s Jupiter’s moons and Saturn’s rings. 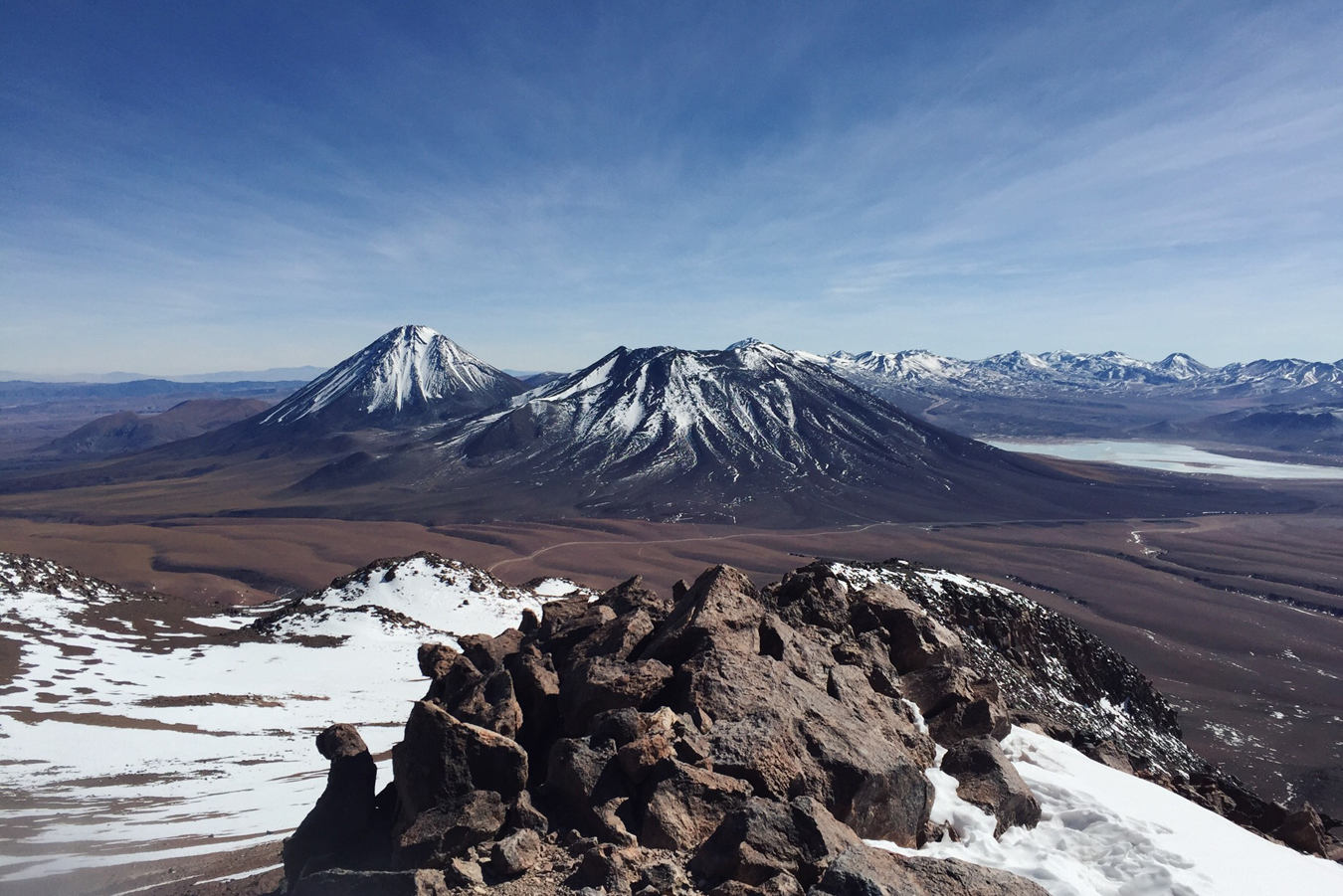 An alternative way to get closer to the heavens is a high mountain ascent, and the region isn’t short on options. Of the nine that Explora offers, one is Cerro Toco, a 5,604-metre stratovolcano. The bitter cold is delivered direct to the bone by driving winds, and the ever-present thinner air labours breath and enforces a slow, steady pace. To borrow from Charles Dickens, it was the best of times, it was the worst of times. The worst: the aforementioned, which made the feat feel much longer than three kilometres. The best: achieving the summit.

At the top, star-crossed volcanoes Juriques and Licancabur are front and centre with Quimal to the west in the distance. Apparently Licancabur still reaches out to Quimal; once every winter solstice, his conical shadow touches her foothills. Among a long line of peaks to the south is Lascar. The most active volcano in Northern Chile, his temper still runs hot. But he won’t be the one to send you away—scheduled departure does that, for an absence to make the heart grow fonder.

This article from our archives was originally published in our Spring 2016 issue. Read more from our Travel section.