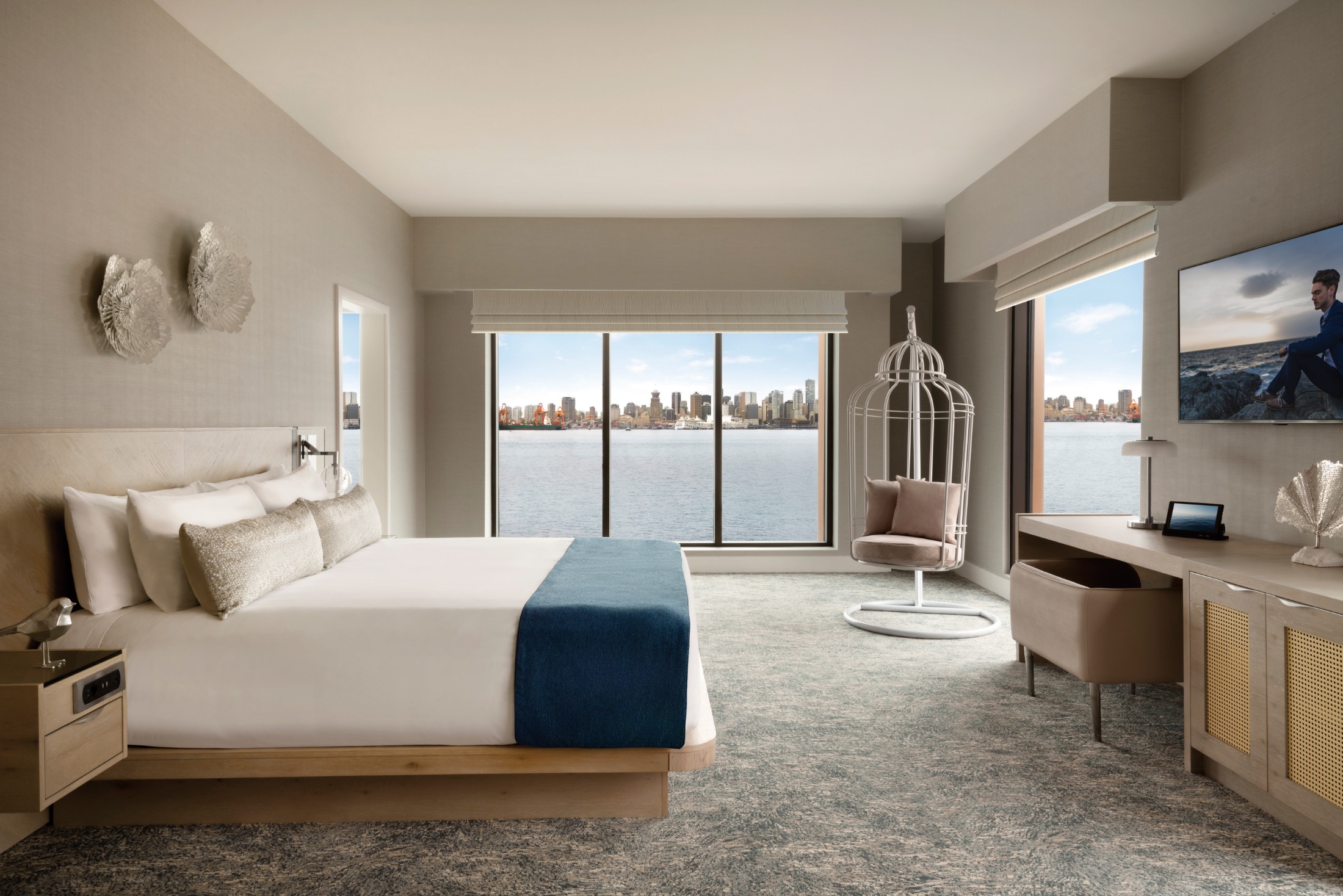 Courtesy of the Seaside Hotel.

Dan takes a sip of his cocktail. His head tilts back and his eyes slide half-closed.

“Is that good or bad?” I ask. He passes it over wordlessly. I take a sip and involuntarily mimic the same face. It’s exquisite.

We’re sitting in the latest addition to the North Vancouver restaurant scene, Provisions, at the newly opened Seaside Hotel. We so rarely get new things on this side of the Lions Gate Bridge. North Vancouverites are often overlooked by our city-slicker neighbours to the south unless they’re headed skiing or hiking on our beloved mountains. So, when new things land in our backyard we get overexcited and things that are relatively unimpressive get over-hyped. But not in this case. 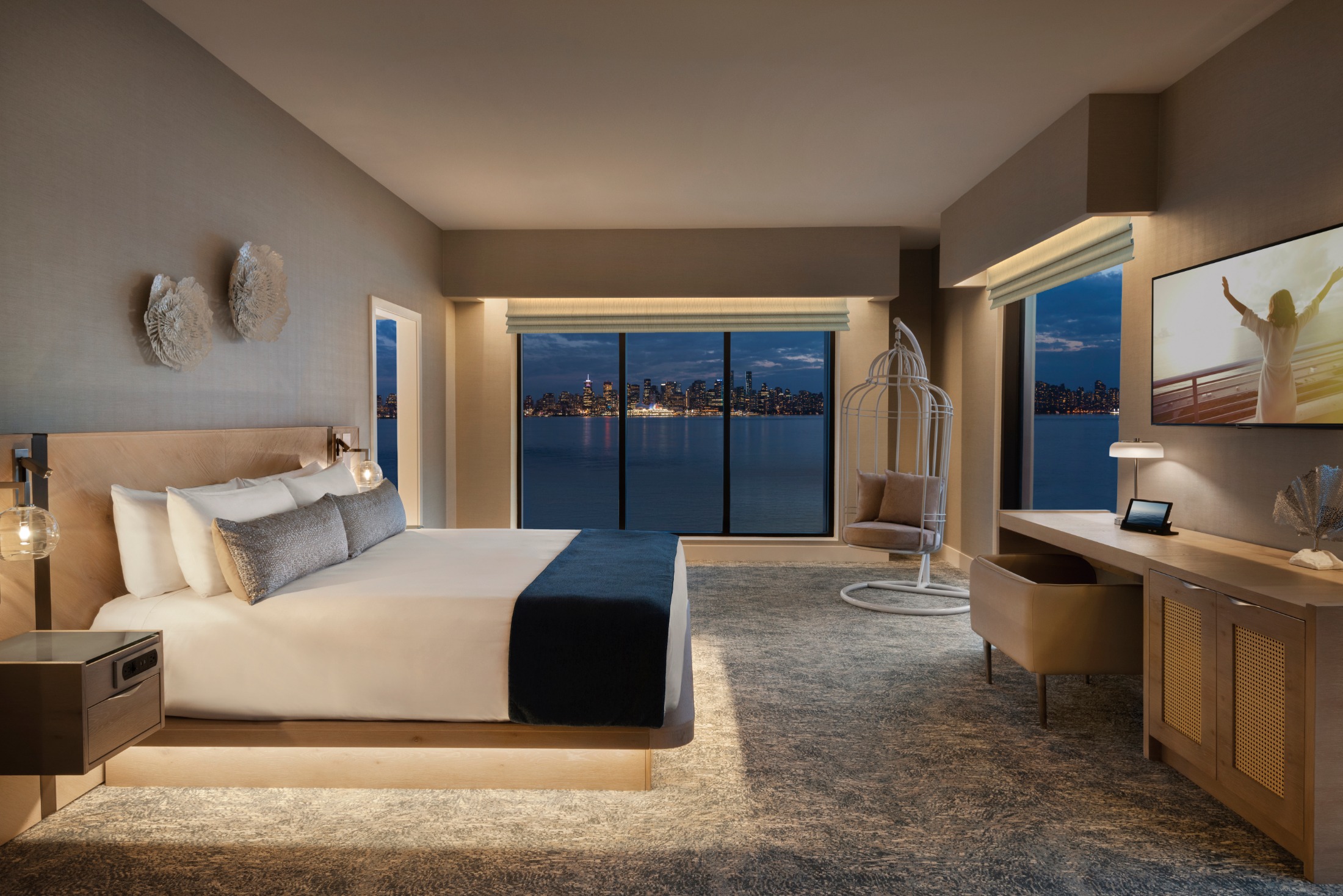 The Seaside Hotel arrived quietly four months ago and has been modestly positioning itself as a destination in the newly revitalized shipyards in Lower Lonsdale. Its position just off the main drag, tucked between an apartment building and the Pipe Shop’s event space, complements the intimate boutique feel of the 71-room space that’s part of the Executive Hotels and Resorts family.

Designed in partnership with ZGF, an award-winning architecture and interior design firm, the carpeting in each suite is made to look like waves, and the mirrors along the hallways are strung with thick rope and speckled with salt smudges to mimic the portholes of a boat, with reclaimed wood details throughout. But it’s the vistas that are the hero of this property. 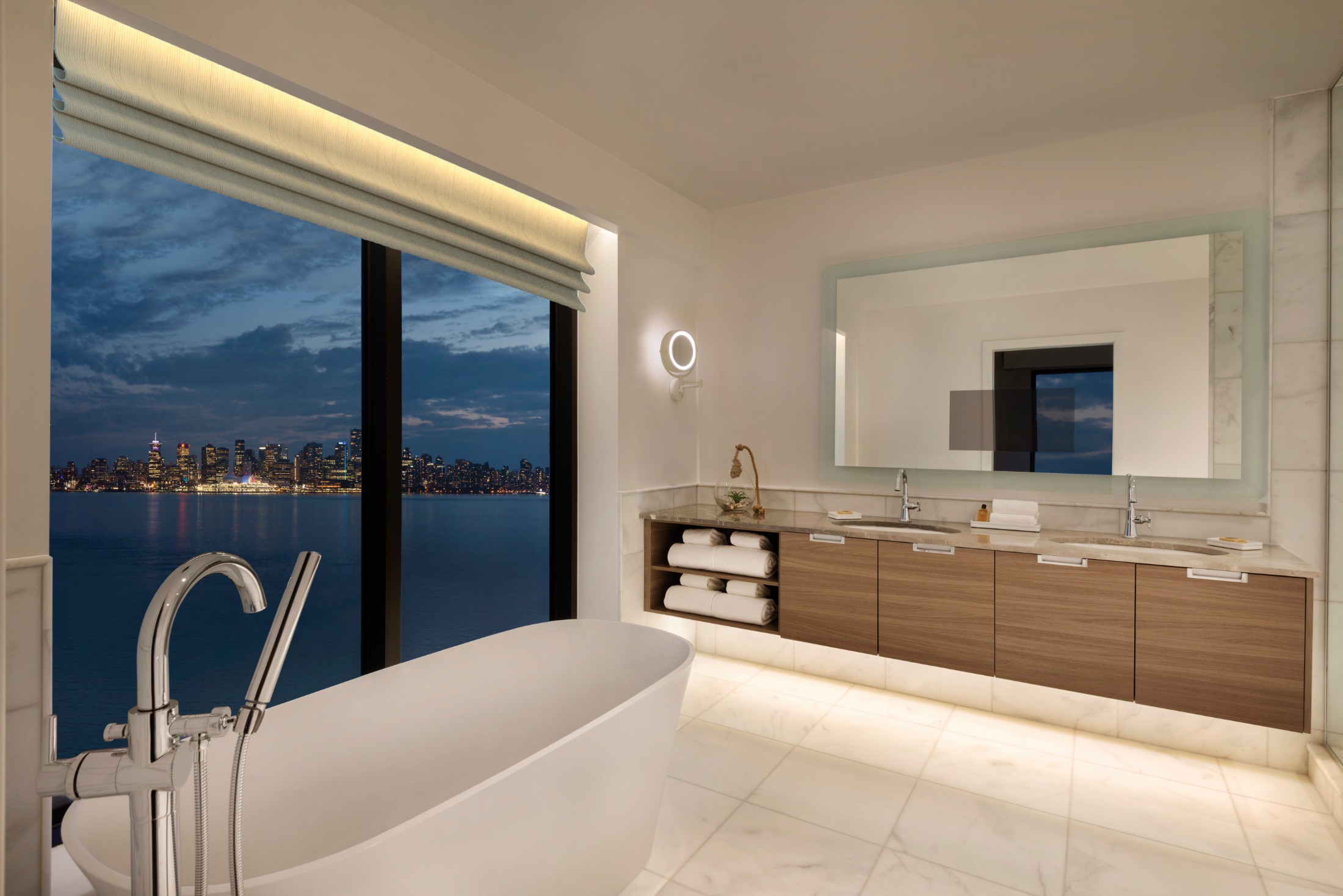 The view from the tub in the bathroom. Courtesy of the Seaside Hotel.

The two ocean-view corner suites feature picture windows that gaze across the water with an uninterrupted view of the downtown Vancouver skyline. The bed and a stone tub in the bathroom are perfectly situated to maximize the view while maintaining privacy, providing a breathtaking start and finish to the day.

The lobby is really a glass-enclosed desk to the side of the restaurant, which takes up the entire first floor and blurs the line between the hotel’s restaurant and lounge. It’s not the typical hotel or restaurant entrance, but the staff are so attentive there’s no opportunity for a moment of confusion upon entering. If the place had been open just a week, I would be inclined to attribute their friendly greetings to inaugural zeal, but four months after settling in it’s clear the staff are that gracious.

As our food arrives, we reluctantly set aside our cocktails, though the second we bite into the chargrilled squid any reluctance evaporates. The Cajun flavours and perfect texture make it a standout of the evening—as is the presentation of the oysters that arrive atop crushed ice that’s lit from below, giving the impression of the ocean at night. Three eye-droppers (a nice touch) of garnish rest in the middle: chili oil, lemon juice, and ponzu. 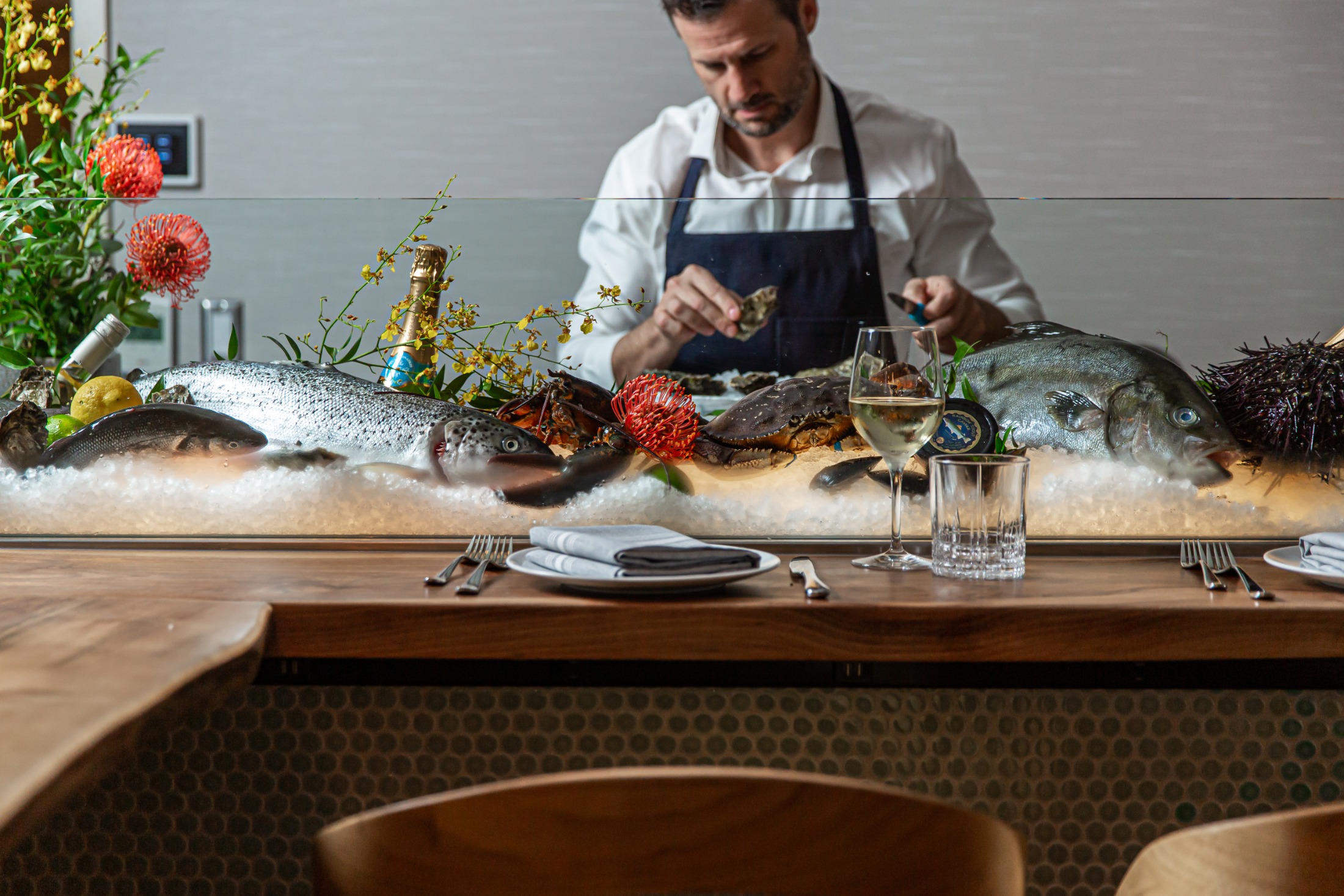 Trying not to fill ourselves up on the appetizers is tricky and we make a mental note to come back another night for happy hour, something I suspect many locals will do as word of mouth spreads.

Dan has the steak for his main course, which he describes as having “a crisp chargrilled outside and a perfectly tender, melt-in-the-mouth centre to die for,” and I have the game hen. Throughout the night we become well acquainted with the head-tilted-eyes-half-closed face.