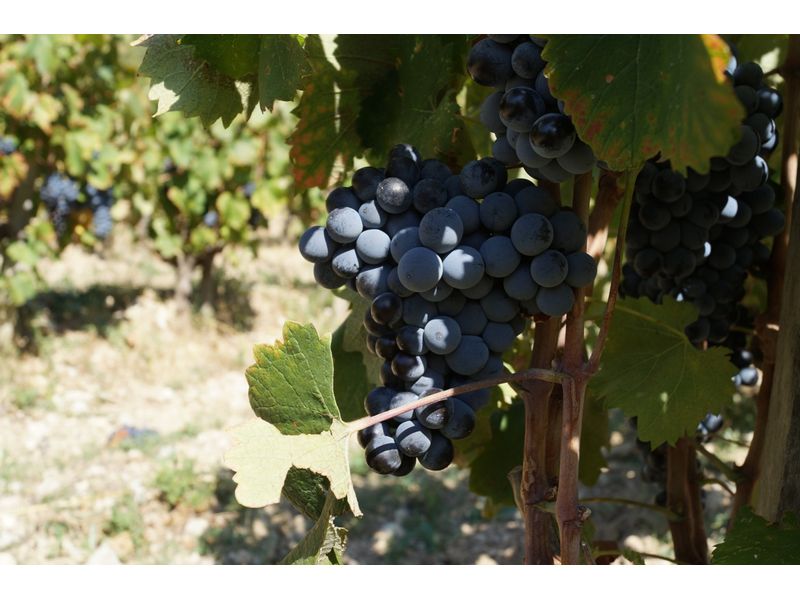 While sundrenched beach vacations will never be replaced, there is a new competitor vying for people’s free time: wine tourism. Eager to explore new destinations and discover their next favourite region, travellers are flocking to special corners of the world to delight in food, wine, and everything else that enotournism or vinitournism have to offer.

The Rhône Valley is just one of these destinations, yet its history surpasses many. Said to be the oldest winemaking region in France, Rhône stretches roughly from Avignon in the south, some 250 kilometres north, along the Rhône River, toward Lyon. As for winemaking, the Greeks were the first to roll through in the 4th century B.C., planting vines along the warm Mediterranean. The Romans came next, constructing the Via Domitia, a stone road connecting Italy to Spain. Romans continued the tradition of viticulture, establishing vineyards in the northern part of the valley in the first century A.D. In the 14th century, the papacy was moved from Rome to Avignon, reinvigorating the long-suffering region by expanding the vineyards around the city. This included the erection of a summer residence called Châteauneuf du Pape, still famed for its rugged stony terrain and superior wines.

Perhaps lacking the cachet of Bordeaux and Burgundy, the wines of the Rhône Valley still carry significant weight. From grenache in the south, syrah in the north, and a treasury of whites and rosés in between, the possibilities of this diverse region are endless.

Maison de Fogasses
In the heart of the ancient walled city of Avignon stands the charming Maison de Fogasses. While Lord Gabriel de Fogasses rebuilt the house in 1501, its original construction dates back to the 1300s. Ownership changed over the centuries until its purchase a decade ago by Corrine Guyon. Guyon, having fallen in love with the house, bought it on a whim without truly knowing what to do with it. Eventually she decided on a mixed-use space: an open house where chefs and artists could converge and share their masterpieces. In her grand renovations, Guyon created an inn, with the first of five apartments welcoming guests in 2012. These suites are entirely unique; they are colourful, eccentric, and anything but boring.

Château la Croix des Pins
East of Avignon sits the Ventoux wine appellation. Named for the imposing mountain of the same moniker, it is home to the village of Mazan. For those who prefer the countryside, the Château la Croix des Pins is an idyllic escape surrounded by vines. This 16th century château was renovated in 2012 to include two apartments and a pool. The apartments are multi-level, generously sized, and capable of sleeping six; they include full-sized kitchens, and guests have access to a barbecue and tables in the garden if dining alfresco is preferred. Plus, you’ll never fear running out of wine—there’s a cellar door on site selling the estate’s vintages, as well as a restaurant, A Ventoux. Opened in 2015 by friends Dominique Peters and Frédéric Michel, A Ventoux has impressed locals and visitors alike with its excellent service and first-rate Provençal cuisine.

Le Mangevins
Tain-l’Hermitage hugs the Rhône River, nearly 150 kilometers north of Avignon. Nestled below the revered hill of Hermitage and its iconic Chapel Saint-Christophe (La Chapell), Tain is a mecca for syrah connoisseurs. The town and its surroundings seem modest by contrast of expectation—perhaps more so than its twin city Tournon-sur-Rhone across the river. Le Mangevins is an unassuming bistro and wine bar owned by Vincent Dollat and his chef wife Keiko Yamada Dollat. The locals know to always make a reservation at this tiny 20-seat spot. Vincent’s extensive hand-picked wine cellar is impressive, and the consistent fare dispatched by the kitchen never wavers. The seasonal menu changes constantly, with great attention to detail and purity of ingredients.

So while it may not be the most obvious of France’s wine regions, Rhône is certainly worth a visit, as much for its humble charms as its grapes.