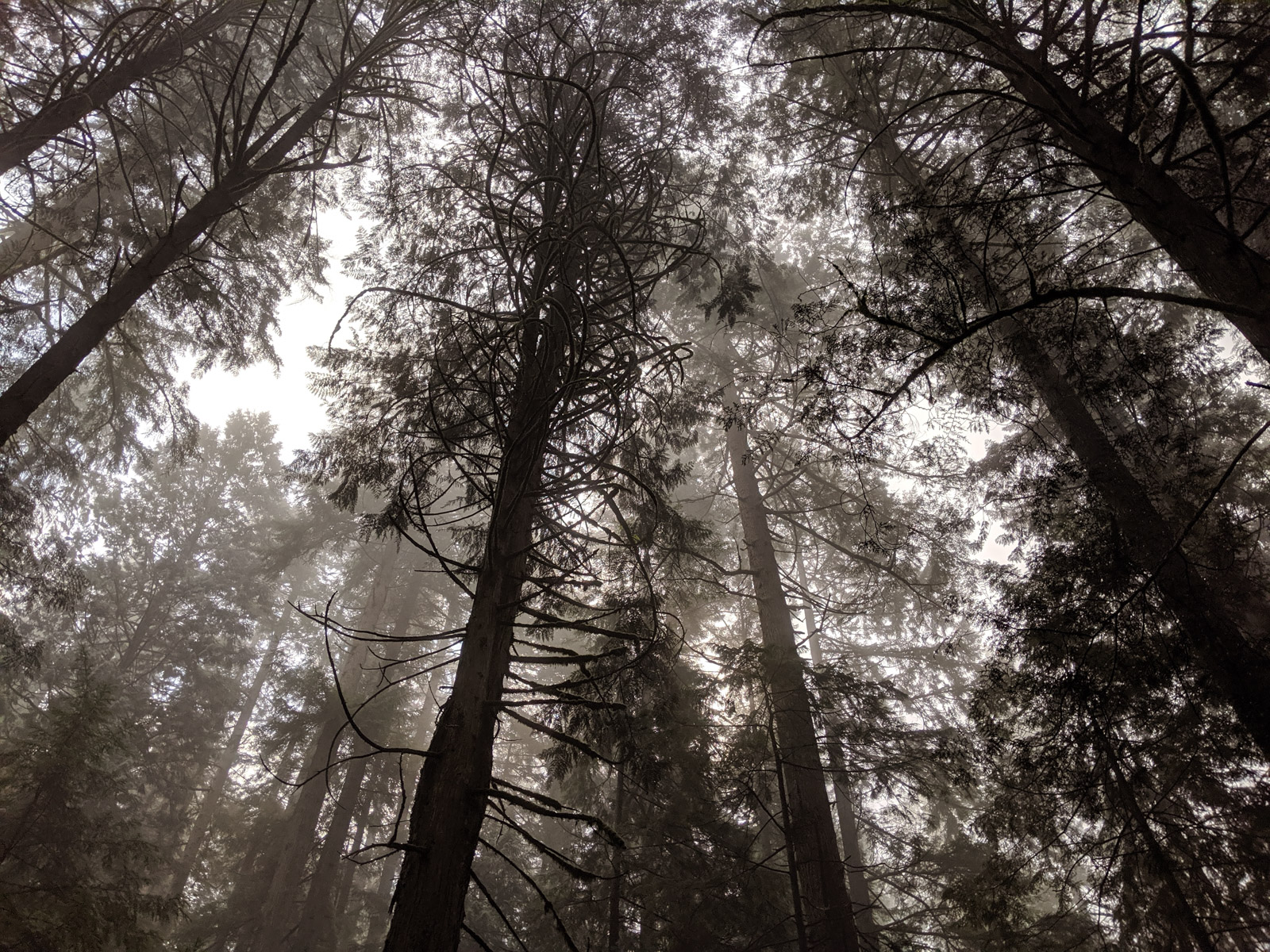 My PEI family has a rule called Pancakes on Sunday. Regardless of the tumult of each new week, season or year, there’s a good chance that around 11 a.m. in Dingwells Mills, PEI, there will be pancakes served at my mother’s house. Especially in the summer, pancake Sundays are a welcome place for strays and visitors. If you like somebody and you think they should come to the Island, you just let them know about pancake day.

In 2016, when I took the month of August off work and headed home to PEI to write, I mentioned pancakes to Audra. I had met her while working at a boutique in Vancouver. Audra Ricketts is an artist and the creator of RabbitRabbit Cards, and I realized we had to be friends as I was flipping through a card that read, “If I were a bobcat I’d disembowel you with tenderness.”

Recently, over the phone, she recalled the pancakes invitation: “I was like, I’m actually going to take her up on that even if she doesn’t mean it.” 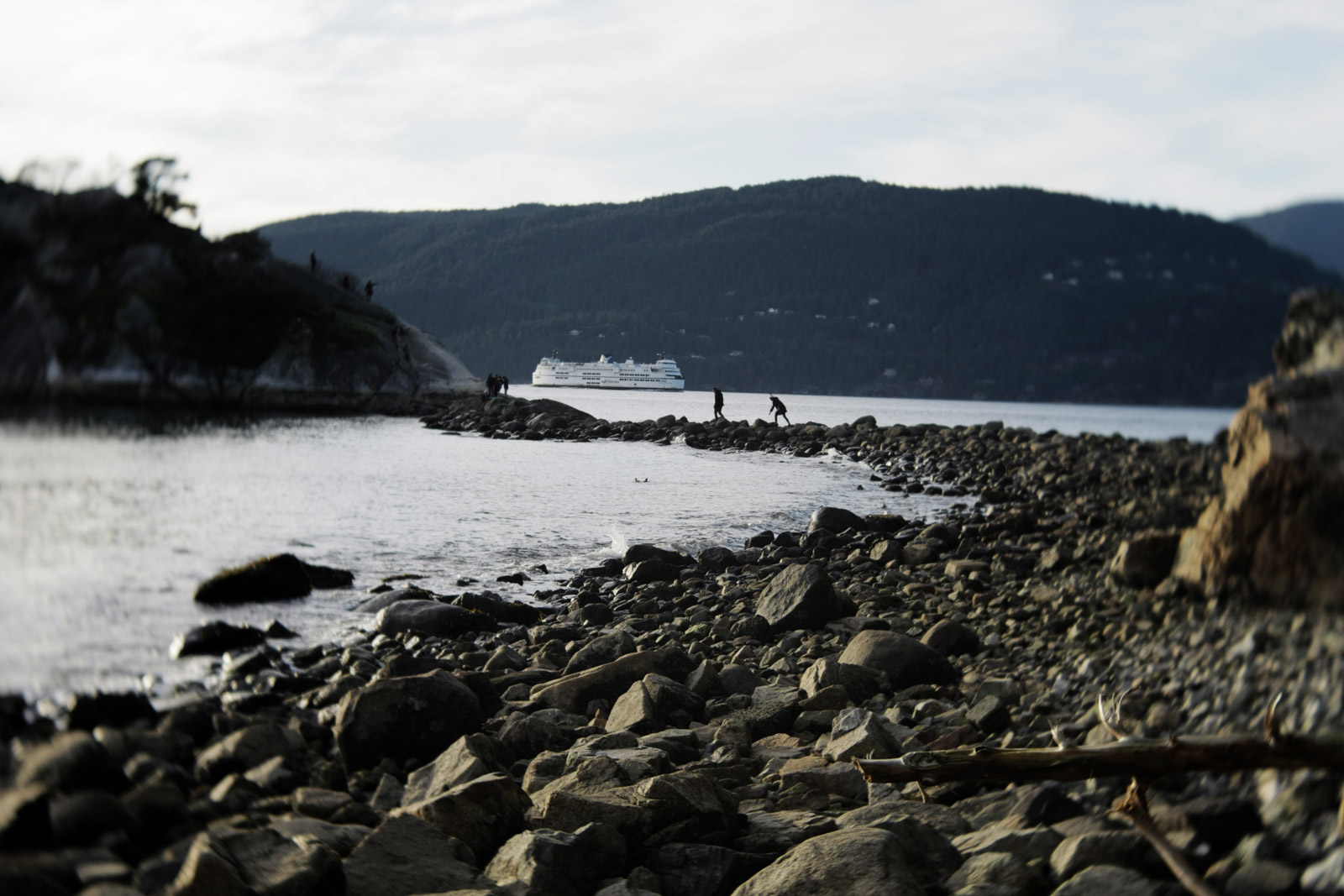 But then a sudden dread set in. Was PEI going to be enough? Audra was born and raised in Victoria and sowed her wild oats in Vancouver before settling down in Horseshoe Bay. She was steeped in the super and the natural (she even had a small role in Supernatural).

Audra was always curious about PEI, and she had her preconceived notions. “I imagined churning black Atlantic Ocean. Logs bashing against rocks in freezing water,” she recounts. “People in gumboots, big sweaters, coloured houses.”

I grew up in Prince Edward Island, Canada’s smallest province—a tiny croissant above Nova Scotia. It provides 0.1 per cent of Canada’s land mass, but 25 per cent of Canada’s potatoes. It’s also the home of Anne of Green Gables, a book that still lures travellers a century after it was published.

I always loved where I was from. I spent my summers on the beaches, I never knew the price of lobster, and the Island just seemed to attract not just the best people but the best of people. Our slow pace chilled out even the most high-strung New Yorker.

But when I was 23, I was ready for a change. I fled my post as a reporter to be a stand up comedian, and headed west to live in Vancouver. 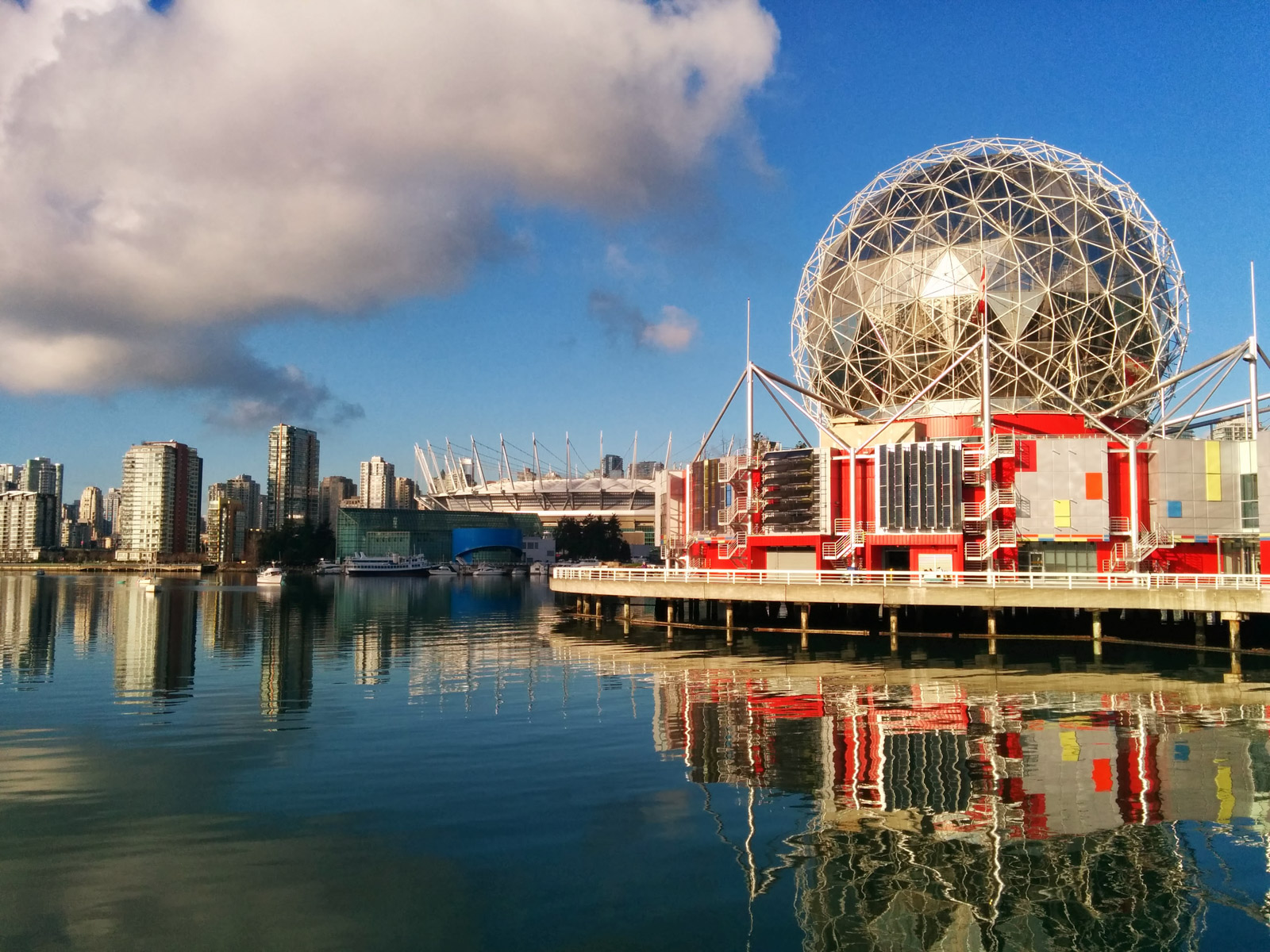 I now lived a 20-minute drive from the mountains, a 30-minute bike ride from the ocean, and a leisurely stroll to a greasy Giancarlo’s breakfast sandwich.

After living in super, natural British Columbia, I began to wonder if Prince Edward Island was really so remarkable, or if I was perhaps operating off naivety and nostalgia. Was the Island empirically magical, or was it the simplicity of youth? 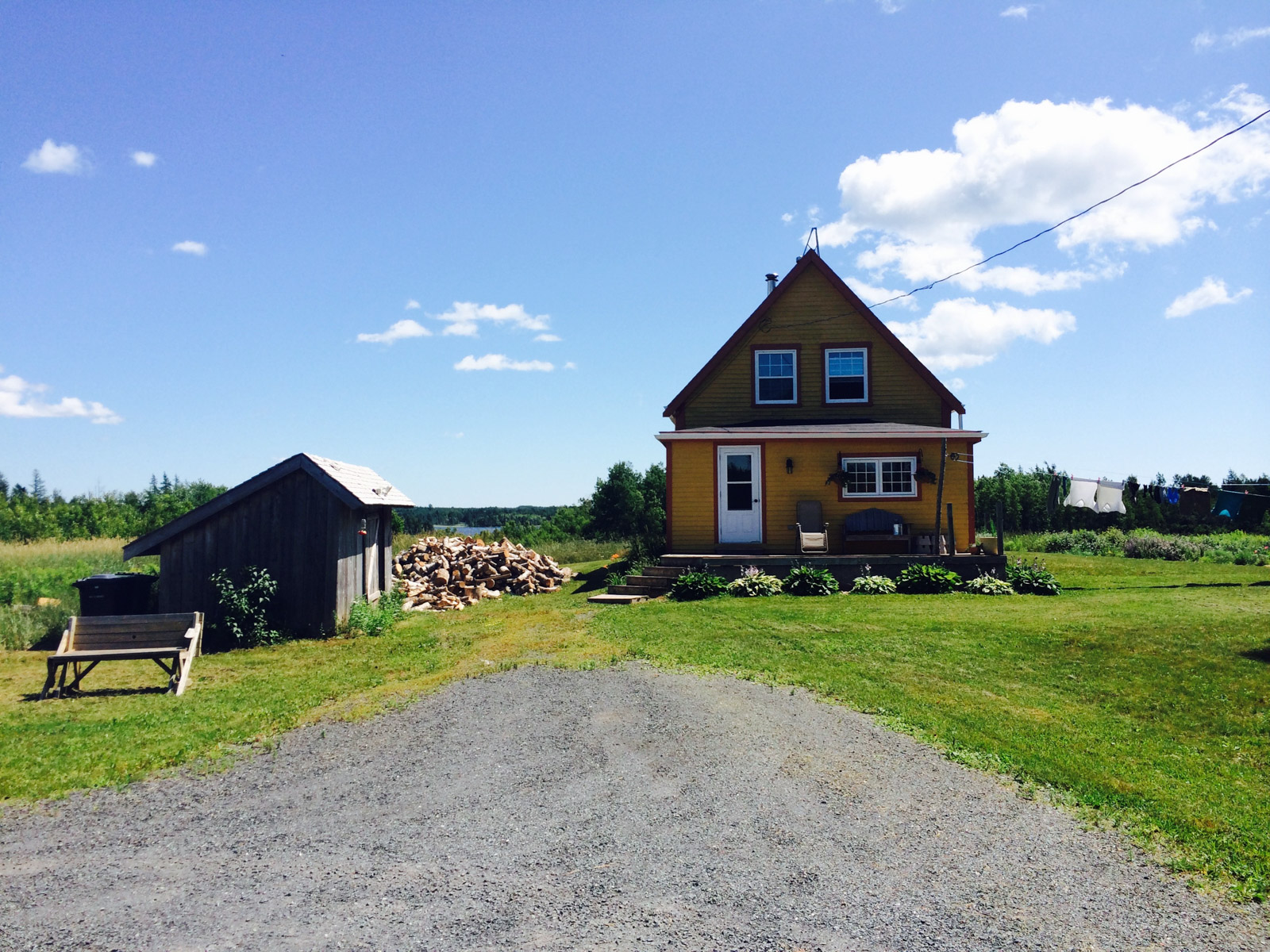 When Audra and I arrived in PEI, I rushed us out of the city and toward water because I was here to prove the Island was unlike anything she’d ever seen. Little did I know, Audra was falling for the Island already. “I loved that red, red earth and the winding country roads,” she says. The high iron content in our soil makes for copper roads, vermillion fields, and ruddy pink beaches.

A cottage I’d rented with three bedrooms became the landing pad for visiting friends, cousins, and strays: a month-long “pancakes” of its own. Taking Audra around the island, I saw it through a new lens. While we didn’t have ancient trees and staggering mountains, we had rugged red cliffs and rolling white dunes.

Although we couldn’t tower over a 30 foot waterfall in PEI, we could leap from Basin Head bridge, which has both signs advising you not to jump and T-shirts to celebrate when you have. Or head to Greenwich National Park and trek among the dunes on a floating boardwalk (“That was gorgeous”). There’s no certified nude beach, but we did slink out of our clothes at the nearly unpopulated Little Harbour. (For the record, Audra recalls, “we went skinny dipping everywhere.”)

“It was your secret treasure,” Audra says. “I was so shocked. The water was so clear. It was like I was in freaking Hawaii.”

But perhaps the best part of Prince Edward Island, much like British Columbia, is that you don’t have to go searching⁠—it’s happening around you at all times. “The natural beauty is the key,” Audra says. “I think we did everything [on the list] in a couple of days.” The rest was filled with mussels and oysters with family and friends, an annual cut-off T-shirt party, unforgettable portraits from Audra, and an epic hunt for lobster when the trip was nearly finished and we realized she hadn’t had any yet. 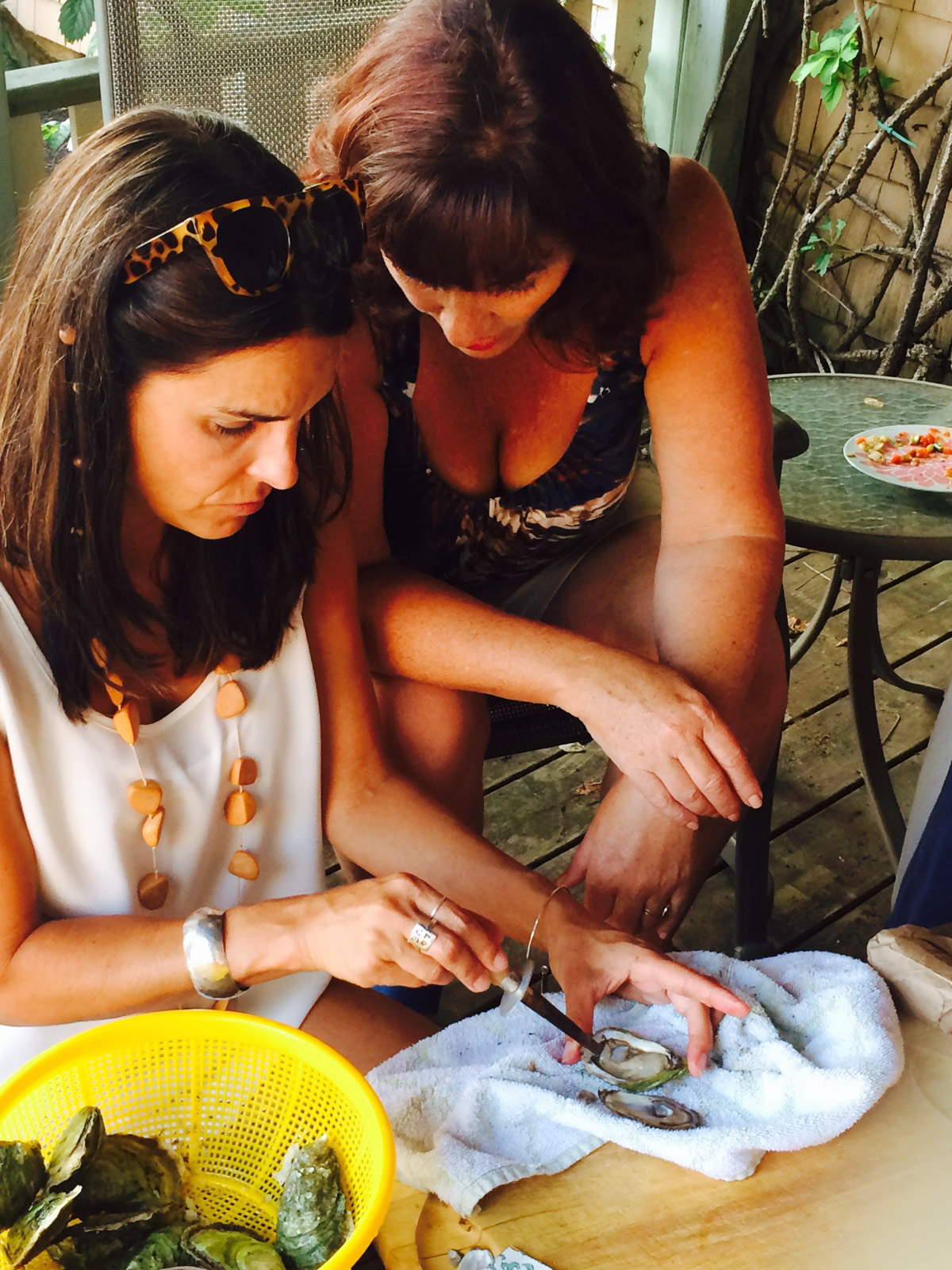 Audra learns to shuck an oyster.

“The last day we were like, ‘F***. We haven’t had lobster yet,” Audra says. Late in the day, we raced to the Lobster Shack, but it was closed. Stores were sold out. Finally, we hit a restaurant. “We asked to buy lobsters out of the tank. They brought a bucket with two live lobsters. I forgot we’d have to kill them.”

Audra left the Island with a new-found love of “the red earth, the big-hearted locals, and the epic beaches,” and I came back to Vancouver more in love with the Island than I’d ever been. Maybe there doesn’t have to be a Best Coast; there can just be the best of each.

Did she ever have pancakes? No! My mother headed out of town before Sunday. But that just means Audra will have to come back.