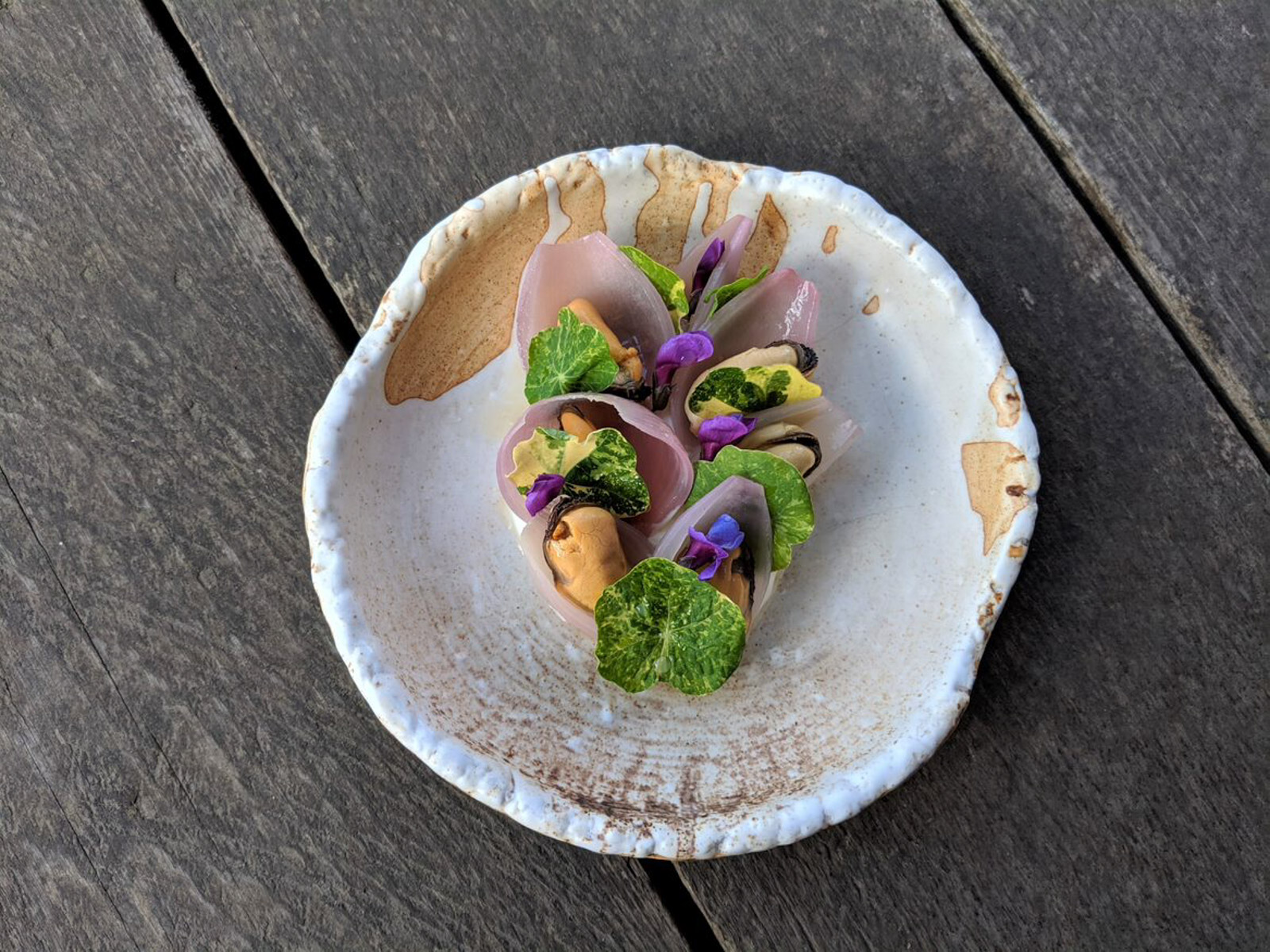 In Tofino, in a normal year, food tourists are as common as surfers on a stormy winter day. But if you turn south instead of north onto the Tofino-Ucluelet Highway, will you find enough to eat?

Warren Barr and Lily Verney-Downey, who opened Pluvio Restaurant + Rooms in Ucluelet in 2019, are trying to put this workaday fishing village on the food and drink map. Despite the pandemic restrictions that caused them to close for much of this past winter, the duo reopened their business on May 30. Verney-Downey says they’re gearing up for a busy summer. 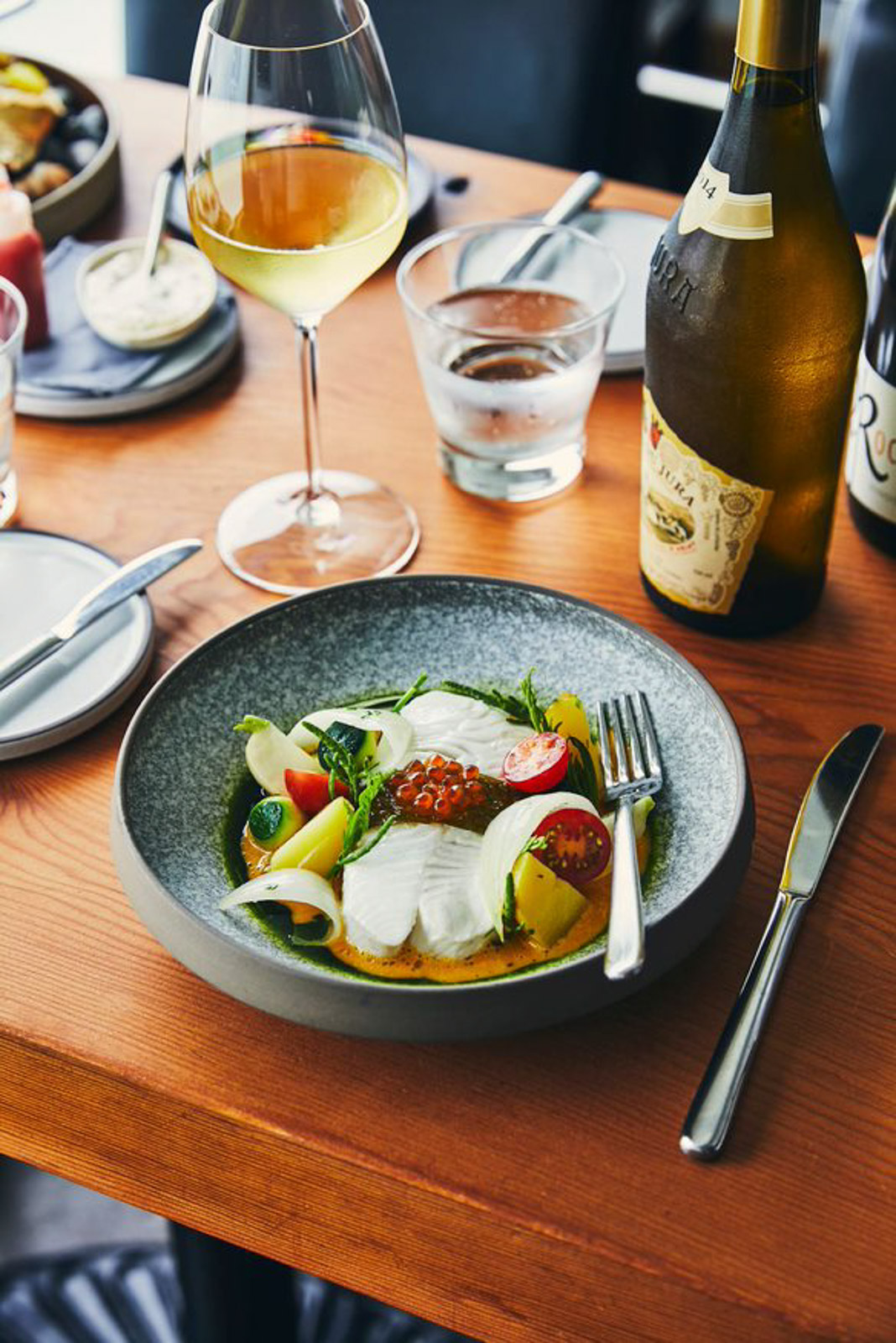 They’ve resumed serving elaborate multicourse menus in their compact storefront dining space, with inventive dishes such as teriyaki-glazed Pacific octopus paired with local mushrooms, tuna tartare with seaweed, or the “Humdog,” a Humboldt squid snack on a housemade bun. And Barr, former executive chef at Tofino’s Wickaninnish Inn and his business/life partner Verney-Downey, aren’t the onlyculinary entrepreneurs working to make their mark on Ucluelet.

Coquitlam-raised Sharon Wu, who started her food career in Whistler at age 16, began spending summers in Ucluelet a dozen years ago. She learned to surf, she says, and revelled in the community’s “old town feel.” In 2019, she launched plant-based YaYu Café in a sunny town centre space. 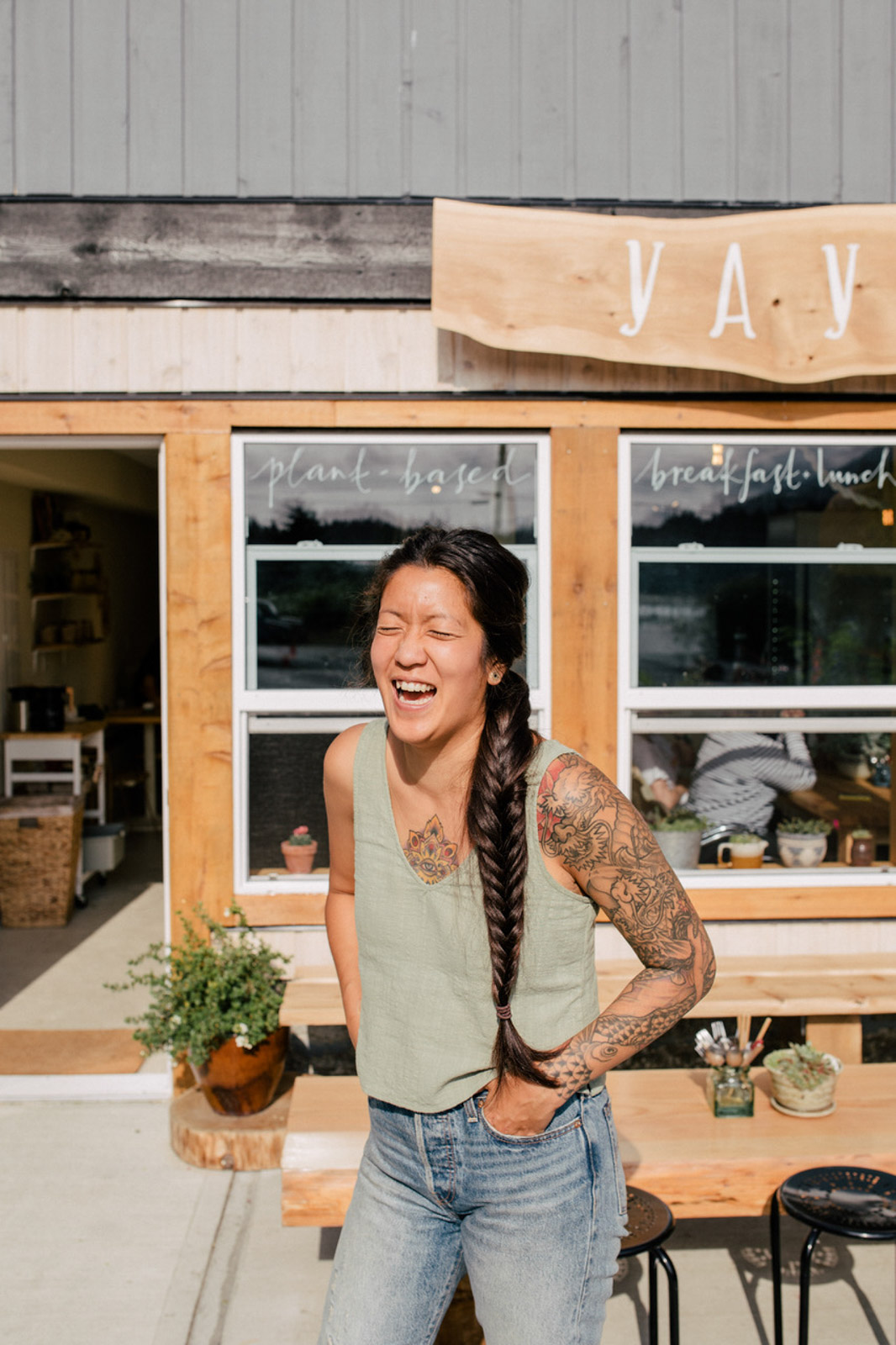 Following her own journey toward vegan and raw foods, Wu serves rice bowls and plant-based dishes she calls “comforting but still healthy, with umami flavors that are completely vegan.” She named the café for a region in Ethiopia, said to be the birthplace of the coffee bean. Her drink menu includes both organic coffees and specialty drinks such as “mushroom chocolate,” containing reishi and other medicinal mushrooms.

Chef Junghoon Suh arrived in Ucluelet after 30 years in Toronto. Planning to serve foods from his home country of South Korea, the chef, who goes by the nickname “Hoony,” opened Seom Restaurant in March 2020, just before the government’s coronavirus regulations ordered all dining spots to close. Rather than shutter completely, Suh offered food to go, working totally solo—answering the phone, cooking, and doing deliveries himself.

“I survived,” he laughs. Although this year has been challenging , his Korean comfort dishes, including bibim bap, pork belly lettuce wraps, and haemul pajeon (seafood pancakes), have been drawing diners to his out-of-the-way eatery at Water’s Edge Shoreside Suites Resort. He’s even perfected a secret spicy sesame oil glaze for simple edamame. 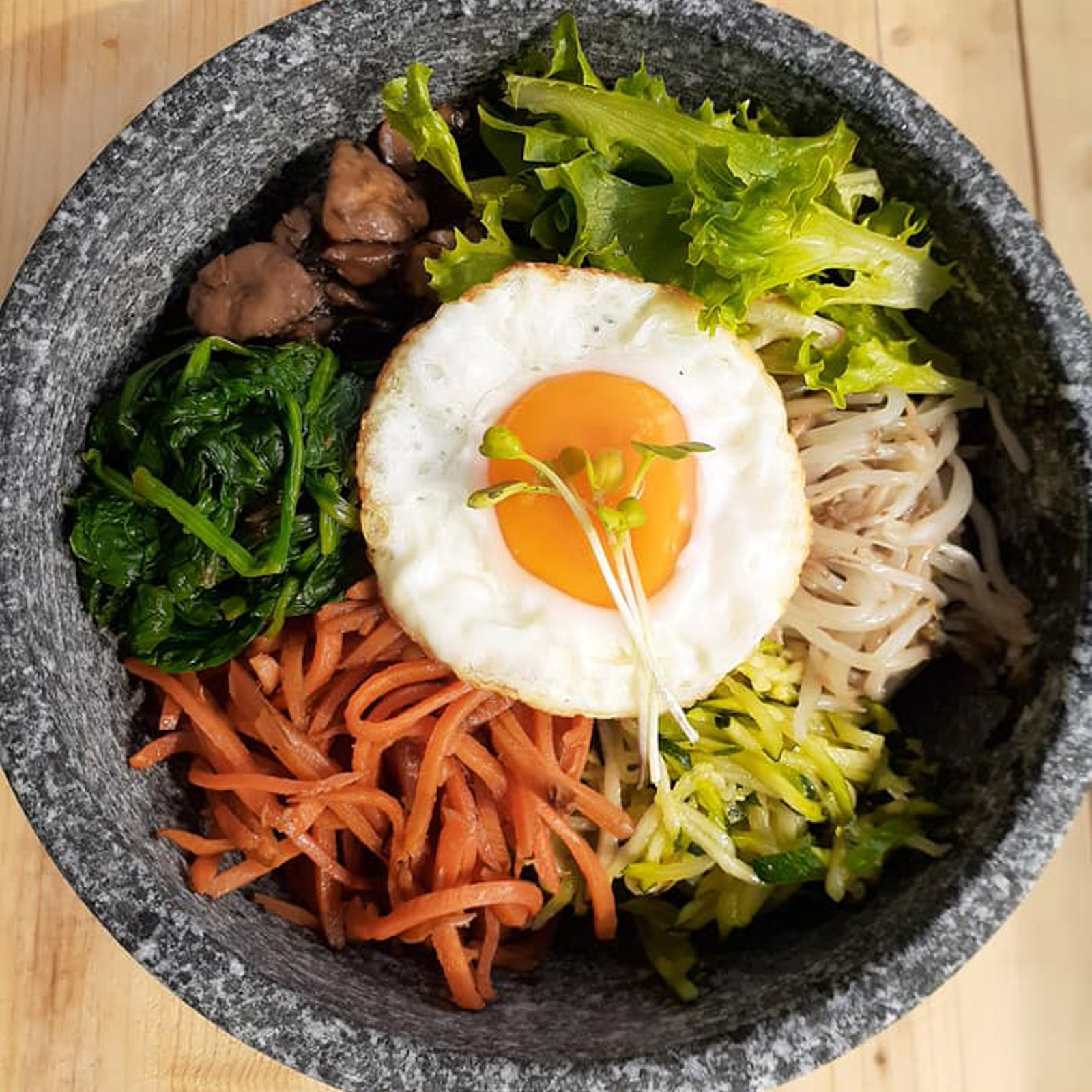 Coming from Toronto, and originally from Seoul, Suh remarks, “I never experienced a town that became so quiet after 5 or 6 in the afternoon.” Although at first he found Ucluelet’s stillness unsettling, now he says, “I feel peaceful here, surrounded by small mountains and the sea.”

There’s a lot more to eat and drink in this serene community, too. Heartwood Kitchen Food Outfitter is popular for garden brunches of French toast with fried chicken and cioppino brimming with local fish. Raven Lady Oyster Forte, the food truck named for the curvaceous silver statue looking over its picnic tables, lures seafood lovers with fresh bivalves, cod burgers, and shrimp rolls.

While Ucluelet may seem quiet, with a slower pace than Tofino, Barr says, “You feel like you’ve hit the jackpot here. Like you’re getting a look into something before it goes wild or gets too nuts.” 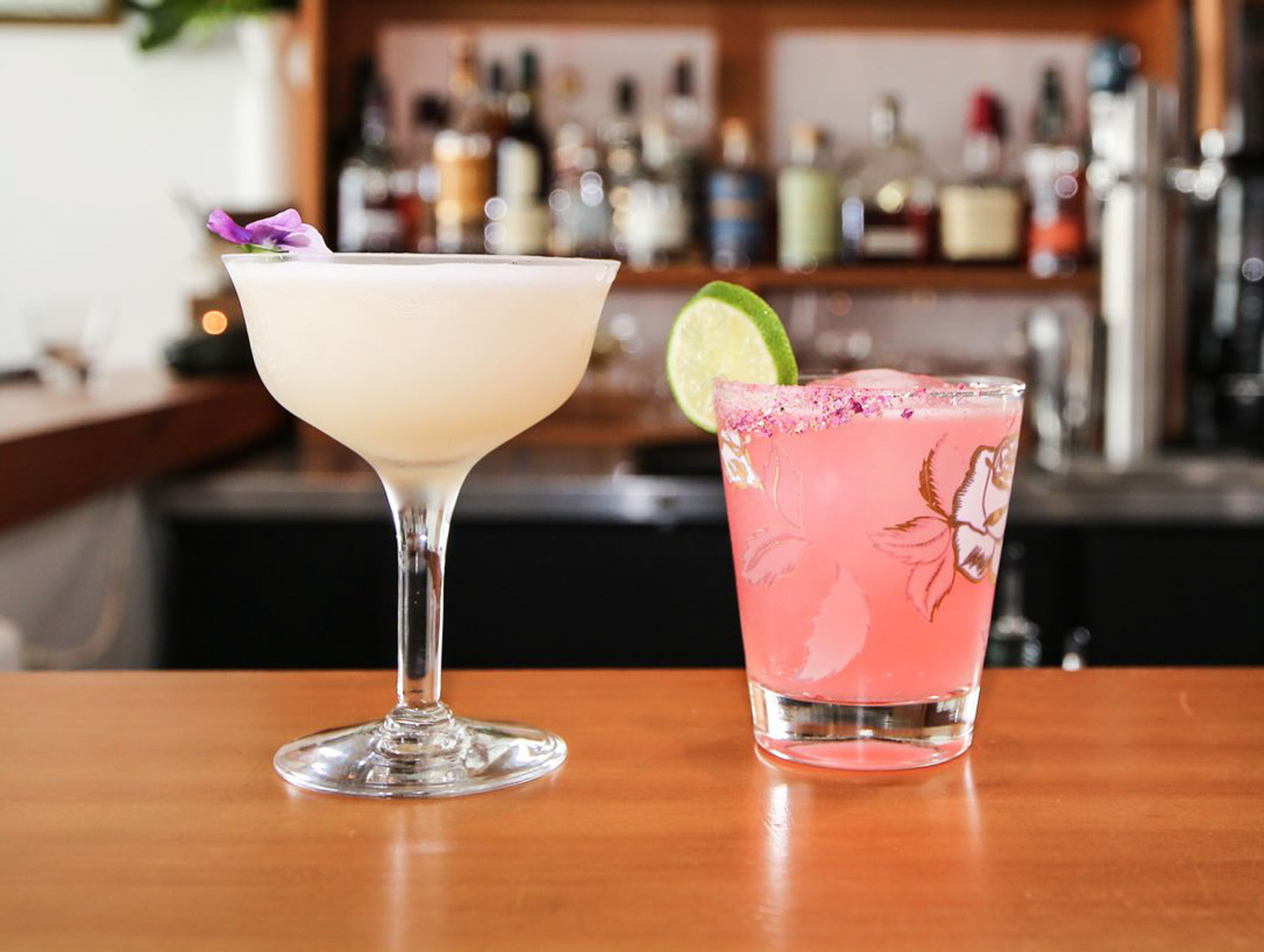 With its mix of fisherman, hikers, and surfers wanting to hang out, Wu adds, “in my heart, it’s the same old Ucluelet.”

Perhaps Verney-Downey sums it up best for everyone who’s found their way to this increasingly delicious corner of the coast. “Tofino’s amazing, but you don’t need two of them. We’re very fortunate to be in Ucluelet.”