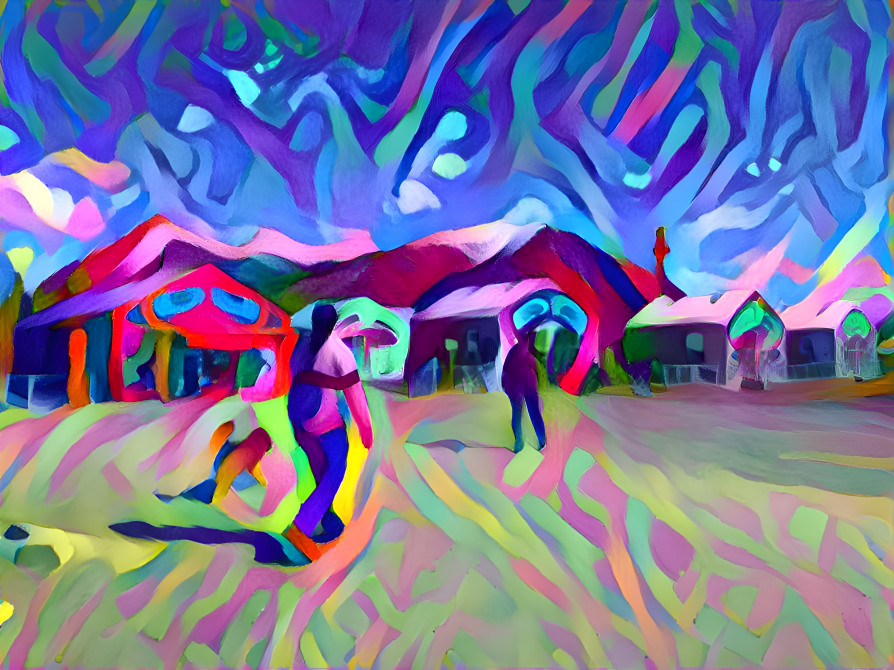 The first time I went to Whitehorse was on a day-long drive up from Vancouver with my good friend Martha. The drive was gorgeous. Although the sun set quickly, sharp mountains loomed as we made our way through the Yukon. We drove out of British Columbia and into a Group of Seven painting.

I had to fly out the next morning, so Olivia and I only had one evening together. She lived in a big house on Jarvis Street that had been decorated outside to be a daycare but didn’t get the zoning licence. Instead, it was rented to weirdos and wanderers, including Olivia and her boyfriend, Etienne, a bearish man who looks like the Hound but was soft as a kitten. That night, I slept in a bed beneath the stairs.

My second trip to Whitehorse was spurred by Olivia visiting Vancouver. She is a woman without a filter. The best way to describe her is that she is constantly bursting forth. I never saw her tiptoe into a room. She never seems uncomfortable except to briefly say, “This is awkward,” and then proceed. She lives right on the line of social convention. She’d survive just fine, but your company might leave maimed.

Olivia had a one-eyed cat named Hugh Allan, seismic and daunting, who once got picked up by police for attacking an elderly man and was prone to staring down and scaring foxes and coyotes.

I can’t remember what she was doing in Vancouver. All I really remember is being at a nice restaurant wearing my best (which at the time wasn’t much, probably a faded black dress and a scarf) and that Olivia rolled in with an oversized sweater and a backpack. She didn’t make you feel embarrassed; instead, you felt embarrassed for everyone else. If you didn’t understand Olivia, then really you were missing out. 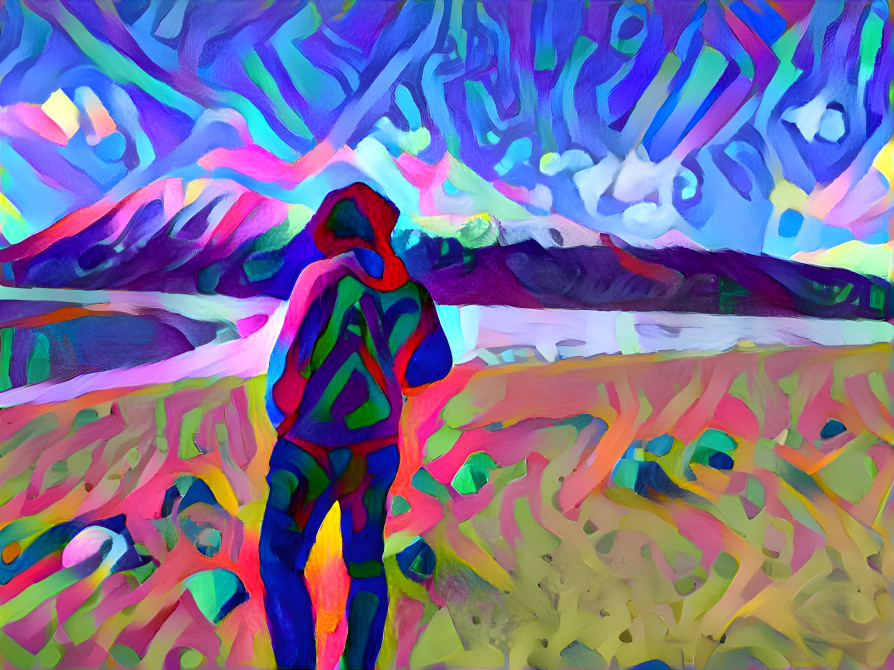 The last time Olivia visited Vancouver, Martha and I took her to two breakfasts. Bon’s Off Broadway was a must, where breakfast is only three dollars and nearly always served by the owner’s excessively handsome son. The coffee is bleak and self-serve, and the walls are covered in posters and graffiti. Anthony, my boyfriend at the time, offered to get us a hotel the night before Olivia flew out, and so we also had a three-hundred-dollar breakfast at the hotel. It was beautiful and tasty, but we all knew the three-dollar breakfast was better.

I suggested several times that Anthony and I go to Whitehorse together, but instead, he wanted to go to San Francisco or Portland. We’d been on many trips together, but my favourites were always the cosy ones. Islands were our friends: Bowen in British Columbia, Crete in Greece, Eriska in Scotland. He was 20 years my senior, and we were dating because he could give me anything in the world except his time and affection, and so, naturally, that was exactly what I wanted.

Anthony was deeply charmed by Olivia. He owned his own company and thus had very few authentic people left in his life. There was no one quite as authentic as Olivia, who was happy to burp in your face at Blue Water Cafe. So after she visited (and had both her breakfasts), Anthony sheepishly suggested we go to Whitehorse. There were no Four Seasons Hotel in Whitehorse, no Shangri-La. We stayed at the best option, the Coast, which had a gigantic Mountie out front. I didn’t dare suggest to him the couch beneath the stairs.

Anthony was a broad Korean Canadian with deep brown skin in the summer and shaggy black hair that sat at his shoulders. He loved cashmere and denim, and on planes, he liked to wear a hoodie and pull it over his eyes. He had one pair of ratty denim shorts he’d wear in first class to stake his claim as a man of the people. His hoodie cost upward of $500.

I loved hotels. I loved tiny soaps and clean sheets and the smell of nothing at all. Intrinsically, I wanted to steal everything. Anthony would make fun of me for this (and try to shame me out of it), but it spoke to my youngest-of-four small-town soul.

But now that we were in Whitehorse, we were on our way to Jarvis Street with several bottles of scotch we’d bought from another friend I’d met in Vancouver a few weeks prior. Our relationship then was healthy so far as it wasn’t a relationship, but rather we were two friends who humoured each other and slept together when we could. We still said, “I love you,” but stopped trying to make it work, and neither of us had ever felt more relieved.

Olivia and Etienne had graduated to the top floor, where they shared an airy bedroom. The other rooms were still filled with friends and cousins and people passing through. I couldn’t tell who was couch surfing and who had a bed. The walls were covered with artwork and stuffed toys, flags and memorabilia.

We sat on the patio outside as Olivia explained that we really shouldn’t have come in the spring because Whitehorse was so ugly this time of year. It wasn’t. 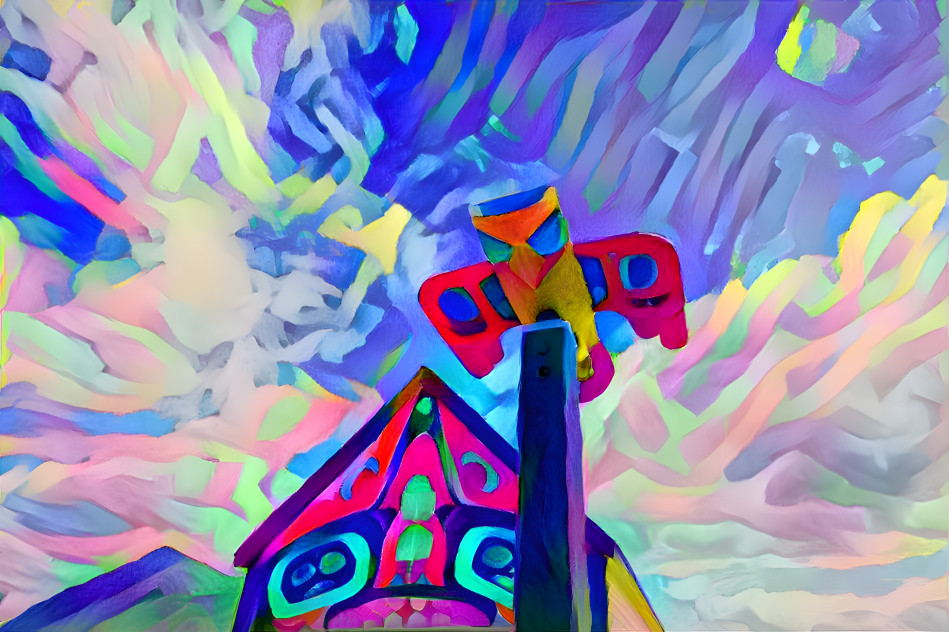 The next day we waited in line at a Sourdonoughts pop-up shop and wandered to an art show hosted by one of Olivia’s friends. The photographs, taken by tattoo artist Dan Bushnell, were all of fast food and sexual positions. Burgers, fries, and nuggets were provided. The models were all at the opening, and all incidentally friends of the artist and Olivia as well. Standing in the Northern Front Studio, we took a photo of a man beside his obscene portrait with a Big Mac. Anthony bought one of the pieces for Olivia to hang up at the house.

At a show later, we met a friend from university who was planning to open his own bar. He did that double take that most people did when I introduced Anthony. I used to say he was so old people didn’t even realize we were a biracial couple. Pictures of us never looked quite right. It looked like we were photoshopped together. Whatever I was wearing on the day was always suddenly shorter on film, and characteristically warm Anthony was always stone-faced and frowning.

Whitehorse is small, so there was no missing out. I think that’s what I like about small cities. In big cities, I end up in some shopless suburban hell an hour away from anything. In Whitehorse, everything was compact and Olivia was our guide, so it was impossible to be led astray. We went for a soak at the Takhini Hot Springs, nodding and acknowledging at Olivia’s behest that it was the wrong time of year to be visiting Whitehorse. We sank into doubles at Antoinette’s⁠, a colourful Caribbean restaurant downtown. There was no wrong direction, no bad place to idly grab a beer, no unkind face. We even went to the dump, which has its own shop out front and was the source of many of Olivia’s outfits.

We took a drive to Carcross with Olivia and Etienne, and kicked our feet around Bennett Lake. Anthony remarked that I loved tourist shops, but he always seemed to miss the point. Coming from a spritely tourist town myself, I don’t love tourist stuff, I love small businesses. I love seeing how people in an unincorporated town of 300 people are making a go. I spent countless summers working at a Flavour Shack on the beach. I’d rather have a small chat with the owner, or the owner’s sister who’s in for the day, or a local bored teen, and buy a postcard and a bag of coffee from the Carcross Commons than buy something without a story. I couldn’t help but think, looking over the lake with my cup of coffee, that if this was the wrong season to visit Whitehorse I’d pack my bags and move here for the right one.

It’s always hard to leave Olivia. Sometimes one person has the strength to feel like a home away from home. Sometimes one charismatic entity can convince even the prissiest man to sit on a blanketed porch swing in Whitehorse in the off season or peruse the shop outside a landfill. In fact, Anthony loved the trip. Spending time with authentic people slowly but surely forces you to take yourself less seriously.

Martha has since moved up to Whitehorse. Olivia, a fully certified electrician, has departed Jarvis Street with Etienne for their own home, metres away from Martha’s. Anthony and I thankfully stopped our charade, but I check in on him from time to time to recommend books and pass judgement. I moved to Edinburgh and I met my fiancée. When we get married, Martha and Olivia plan to come to Edinburgh. And if Anna and I can scrape and save, perhaps on our honeymoon across the country we can make a pit stop to Whitehorse.