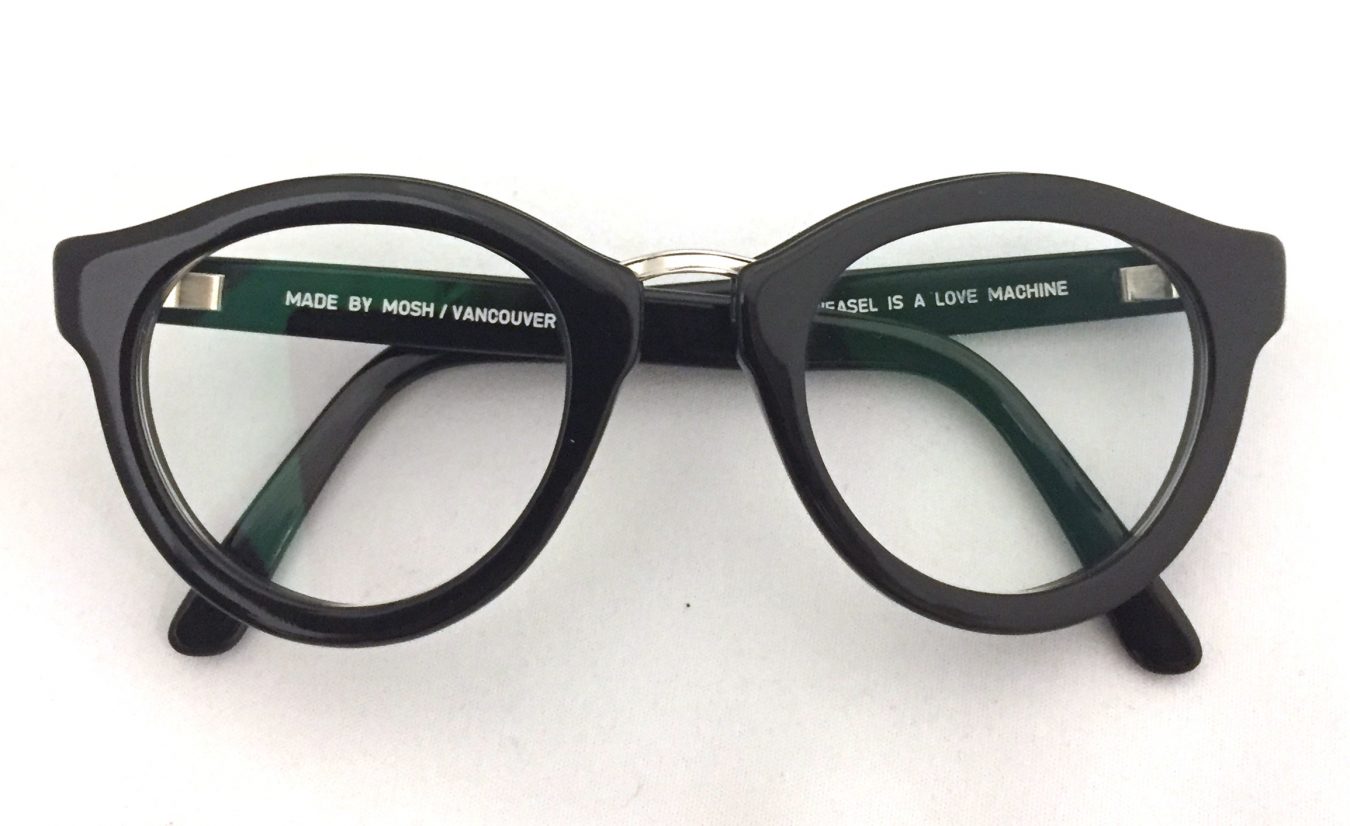 For many locals who go to see the Vancouver-filmed Deadpool 2, starring Vancouver’s own Ryan Reynolds, playing a game of name-that-location is just as fun as watching Reynolds do backflips and make wisecracks at bad guys. The movie, a sequel to 2016’s Marvel superhero hit Deadpool, revives the beloved characters for a whole new adventure released in theatres May 18, 2018. Among the returning cast is T.J. Miller (known for his role as Erlich Bachman on HBO’s Silicon Valley), who plays a bartender named Weasel.

There was a problem during production, though: Weasel’s signature glasses in the first film were so broken and damaged from the action scenes that the production team needed to get him a new pair and a backup set—two exact replicas.

Enter Sara Moshurchak of Vancouver’s Mosh Framemakers (formerly Eyeland Framemakers), who was commissioned to take on the meticulous project. All she had to work with was the art director’s notes and the first movie’s frames, which were held haphazardly together with tape and glue. Handmaking two brand-new versions from scratch, Moshurchak used silver metallic for the bridge and polished black acetate for the actual frame. Inscribed on the inside are the words “Weasel is a Love Machine”—a nod to the movie’s working title while in production.

Moshurchak, who shares that she is incredibly excited to see her handiwork on the big screen, has since been tapped by other production companies to make glasses for their upcoming films. Weasel, it turns out, is something of a trendsetter.