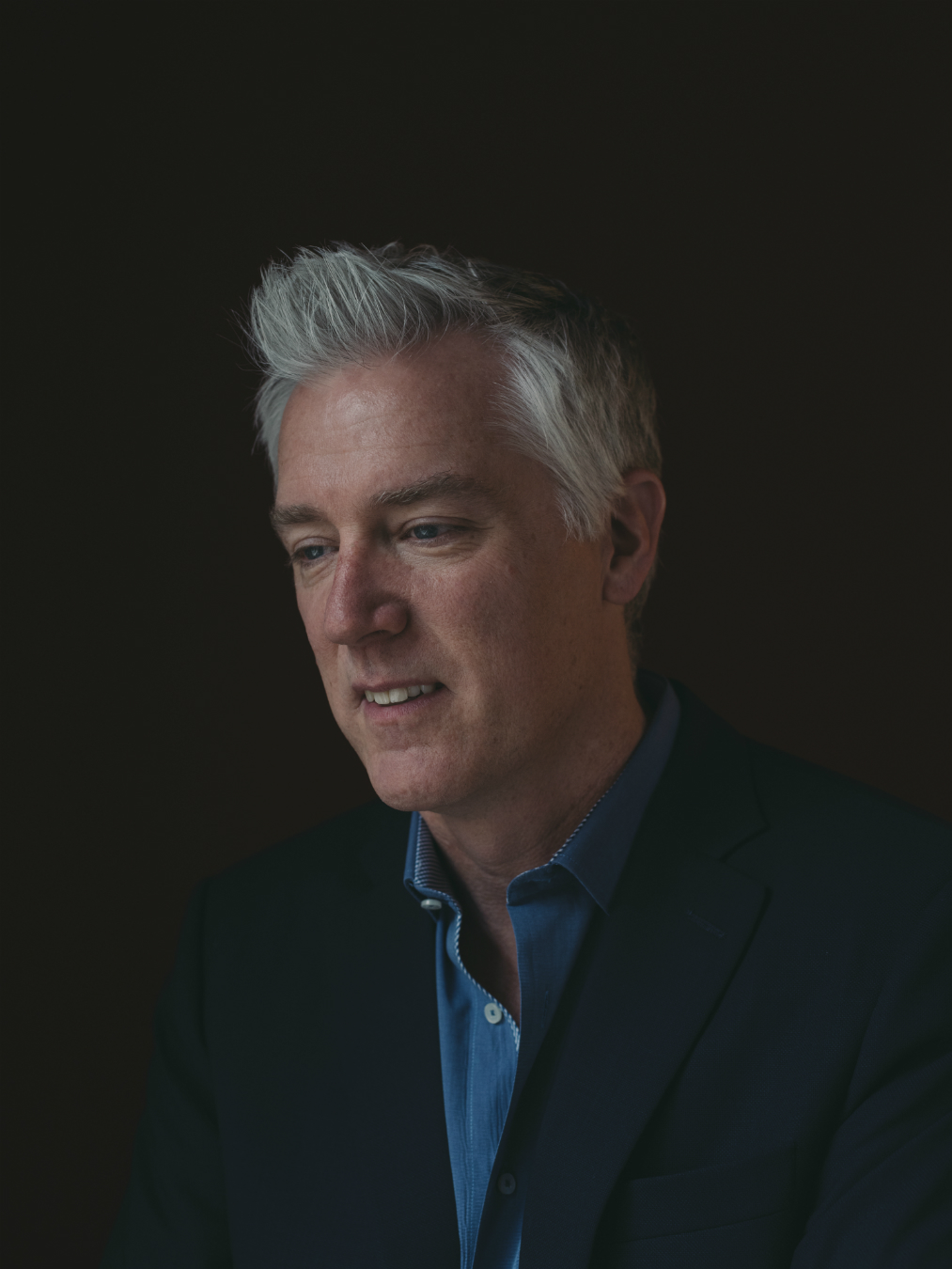 It all started with a Kelowna radio station.

That is where Allan Reid realized that music was his calling, and where, as a kid, he began his incredibly storied career. “My father is the artist Robert Reid. You can still see his work in Waterfront Park in downtown Kelowna, among other places,” he says over the phone from Toronto. “One day, a producer from our local radio station came to our home to buy one of dad’s works. I asked if I could possibly have a tour of the station. I was so into music, into what the radio could provide, so I turned up at the station a week later in a tweed jacket and tie. I got the tour, and it was confirmation to me that this was what I wanted to do, somehow, some way.”

But it wasn’t quite that simple. The only job available at the radio station was as its gardener, cutting the lawns, trimming hedges, watering plants. He took it anyway, determined to work his way up. By the age of 18, Reid was the station’s music director, and by age 24 he had moved to Toronto for a job with PolyGram Records/Polydor, soon thereafter landing a position in Universal Music’s artists and repertoire (A&R) department.

The one crucial step for any A&R career is to have what Reid calls “an unerring sense of a hit single.” For him, that came in the days of “Seattle grunge, Nirvana, Pearl Jam, Soundgarden, and many others. I had been given a cassette tape of a young female singer, but I had a hard time getting through it; I found it utterly depressing. Then one day I had a bad fight with my girlfriend, and on my way home, I put the cassette in, and a song just hit me like a ton, it brought out a deep emotion in me. The song was ‘I Just Don’t Love You Anymore’, and the artist was Jann Arden.” Reid rolls this story out headlong, since the entire incident in some important ways forms the basis of his rationale for being in the business all these years later, no longer as a music industry executive, but rather as the president and CEO of the Canadian Academy of Recording Arts and Sciences (CARAS) and the JUNO Awards, as well as MusiCounts, a music educational foundation for kids.

That Arden song moment was pre-internet, so music did not travel the way it soon would. The introduction of Napster, the ground-breaking digital music file sharing program, was mere months away. “The boss didn’t want to sign Jann,” Reid explains. “But the head of A&M Records, a Universal Music affiliate for both the U.S. and Canada, was in the office in Toronto one day, and he heard that particular song, and we signed Jann pretty much on the spot.” Was it instant stardom? No. Reid says it is seldom that way. ”Even for a company as big as Universal Music, with all its affiliates, it almost always takes methodical, hard work to get an artist into a decent sales pattern. It is all about finding something local, and helping it break in other affiliate markets. For Jann, for example, her second record broke quite big in Italy, then Australia. The U.S. market was a bit later.” Reid points to a current Canadian artist who fits into this pattern as well: “The Weeknd is Canadian music at its best, and it seems like he was an instant splash, but really, it took many years to get him poised to break so big.” During his time at Universal, Reid also signed Sam Roberts, Hedley, and many others. He moved to the Canadian independent music company MapleMusic Recordings as general manager in 2007, where he established Kathleen Edwards and Joel Plaskett, to name but two.

“It’s not just music, really, it’s about how your brain functions and grows. It is also about teamwork, so my bottom-line message is: music makes for better people.”

The debate about whether musicians have it better or worse today than in previous eras requires “more than one answer,” says Reid. “Now, you can make music at home, get it to a global audience yourself. You used to need to get into the system of record labels, distribution channels, all that. Now you just go direct to market. The thing is, you are in effect a needle in a haystack.” The pace of the music business, and the extensive late-night regimen, eventually wore Reid down. The industry underwent “a massive slump after many good times. It was hard for record companies to make things work.” Reid’s wife, Kim Stockwood, herself a professional musician (she was once part of a great Canadian female trio called Shaye), urged Reid to think about making a change. “My wife saw how unhappy I was, and after about nine months of talking about it, I had the scariest, most exhilarating moment of my life,” he recalls. “I was pretty ground down. I left my job.”

Various freelance opportunities, mostly still in an A&R capacity, kept Reid fairly well occupied. But one fateful day, an old friend, Melanie Barry, called him up. “I said, ‘Hello,’ and almost the first thing she said was, ‘Do you want to run our charity?’” says Reid. That was the beginning of his work with MusiCounts, part of CARAS. Initially, Barry still ran CARAS and the JUNOs, but when she became CEO at Canada’s Walk of Fame, Reid took over the former for her, in addition to his work at MusiCounts. “I really wasn’t sure I could handle it, or even if I wanted it, but my wife correctly told me I’d always wonder, ‘What if?’” he says. “And now, I can honestly say, this is the pinnacle of my career.”

“We don’t know how many streams of a song it takes before the magic sauce begins and you have a hit. All the industry can do is fan the sparks.”

What fuels Reid’s passion for the job is first of all his deep love of music. But the tangible results of what his three organizations accomplish each year are a huge incentive to keep pushing hard. “Over 20 years, MusiCounts has put 10 million dollars’ worth of musical instruments into children’s hands,” says Reid. “I spend a lot of time talking with educators and school boards about why music education is so important. It’s not just music, really, it’s about how your brain functions and grows. It is also about teamwork, so my bottom-line message is: music makes for better people.” Reid recounts a particularly poignant moment, when a young student came up to him after a performance and said, “Mr. Reid, thanks for this saxophone. Thank you for thinking I am worthy of this.”

He remains firmly optimistic about both music and the business of music. “My 17-year-old son discovers new artists and new songs every day,” he says. “So, the record industry needs to continue to adjust. We don’t know how many streams of a song it takes before the magic sauce begins and you have a hit. All the industry can do is fan the sparks. For me, though, it is not whether I signed this artist or that artist. Now, I celebrate them all. And we push forward the question of how to create opportunity for emerging artists. That’s why the JUNOs is a full-on week of events, not just the one gala night. And there are things taking place all year long.”

So, back to “I Just Don’t Love You Anymore”. Without Reid, it is possible we would be living in a world where few people have heard Arden’s music. But according to Reid, the glory is hers, not his. “I don’t play an instrument, I just deeply love music,” he declares. “All I ever wanted was to tell people about the song I just heard.” Reid now does this on a grander scale than even he might have imagined in his teenaged mind back in the day. “Think of all the things you use music for,” he says. “We turn to it all the time.”