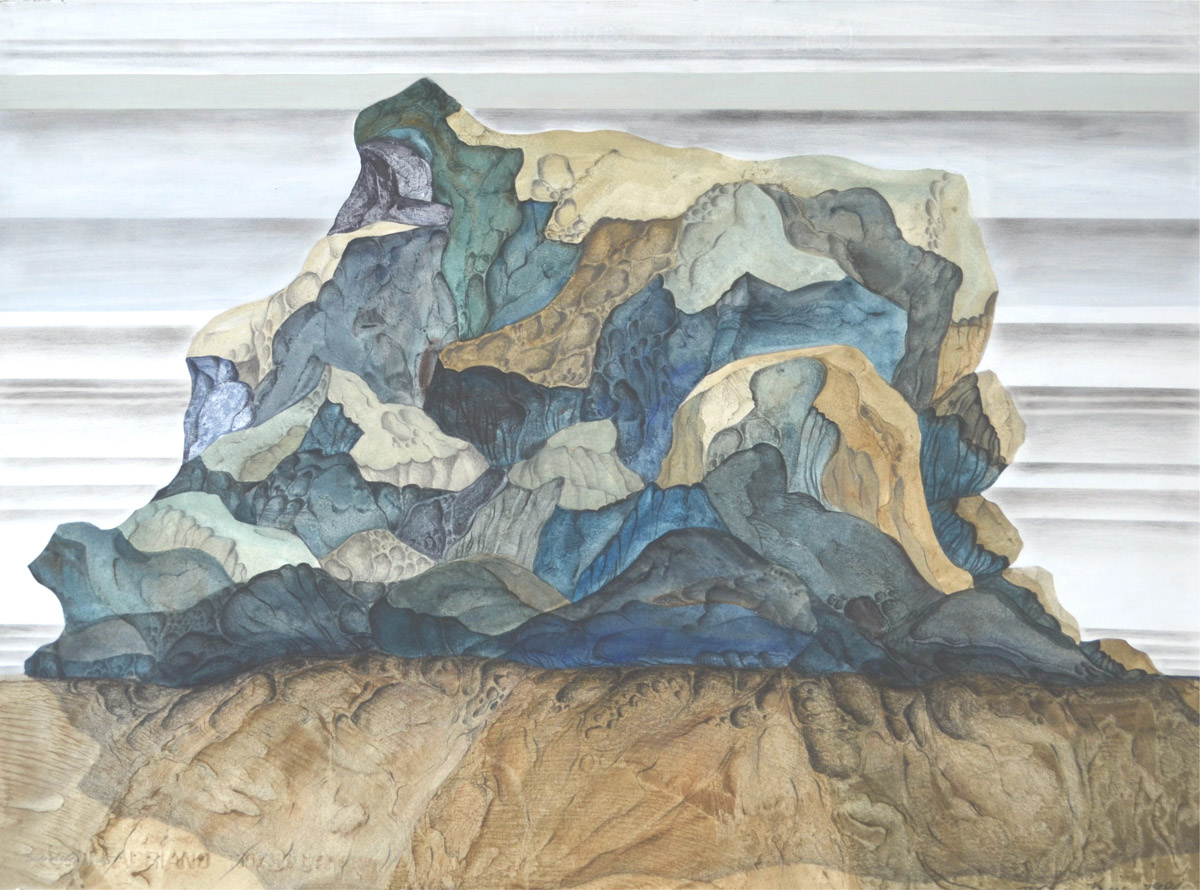 “When I left Romania for Israel, the poems stopped appearing,” Pnina Granirer remembers. “I had to adjust to a new culture and a totally new language, new experiences and hardships. Only many years later, when life brought me to Vancouver, did the poems surface again.”

At age 86, Granirer has lived on three continents and speaks four languages. An internationally acclaimed artist, her recent book Garden of Words illustrates poetry with mixed media, paintings and drawings. After decades as a visual artist, putting words to paper is an exciting new challenge, she says: “I have always felt the need to open new territory with new ideas.”

Granirer published the story of her artist’s life in her 2017 book Light Within the Shadows: A Painter’s Memoir, following her journey from Romania to Israel with her parents in 1950⁠—her Jewish family having survived the terrors of the Second World War⁠—and then on to North America, with travels to France, Japan, Spain and Mexico. Only after she published the memoir did she realise how many poems littered her note book, some filling a childhood poetry book with a frayed blue cover entitled “My Poems from 9 to 14 Years.

For the cover of Garden of Words, Granirer selected Poppies with Pods, (1995), a mixed media image of two brightly red flowers, created with acrylics and gold transfer on speckled paper. The image also appears inside, illustrating the poem “Red,” with its line, “poppies drunk with sunshine.” 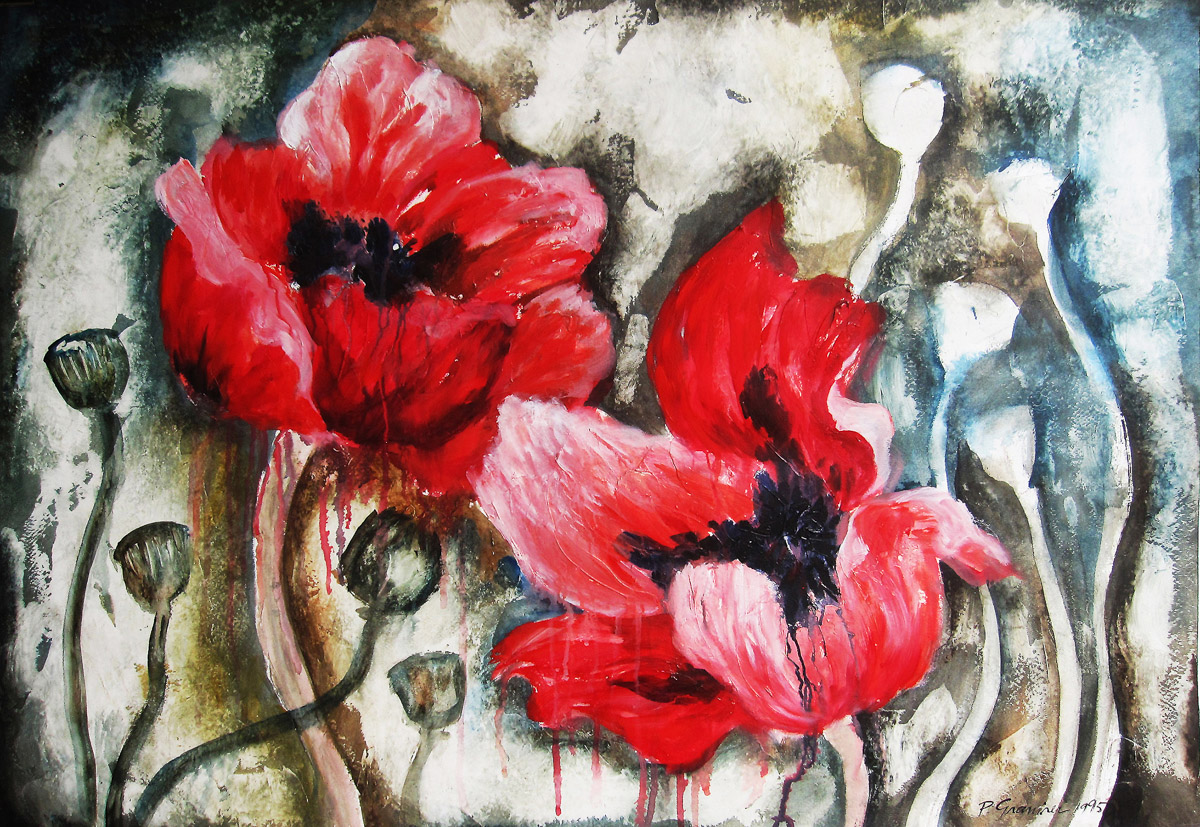 “The largest body of works I had to choose from were the ones included in the first chapter, Sea and Stones,” Granirer says. Inspired by the ancient stones on the Gulf Islands, the seven pieces include Sandstone #5, (1981), a stunning mixed media on paper in vibrant blues and browns. The stones “whisper”, Granirer writes in a poem. “I love these stones/these silent carvings…” she muses in another.

The Covid-19 global pandemic, the second chapter’s theme, includes Stillness (2011), a mixed media on canvas. Six faceless figures, seemingly disconnected from each other, are depicted and an arrow points one way. 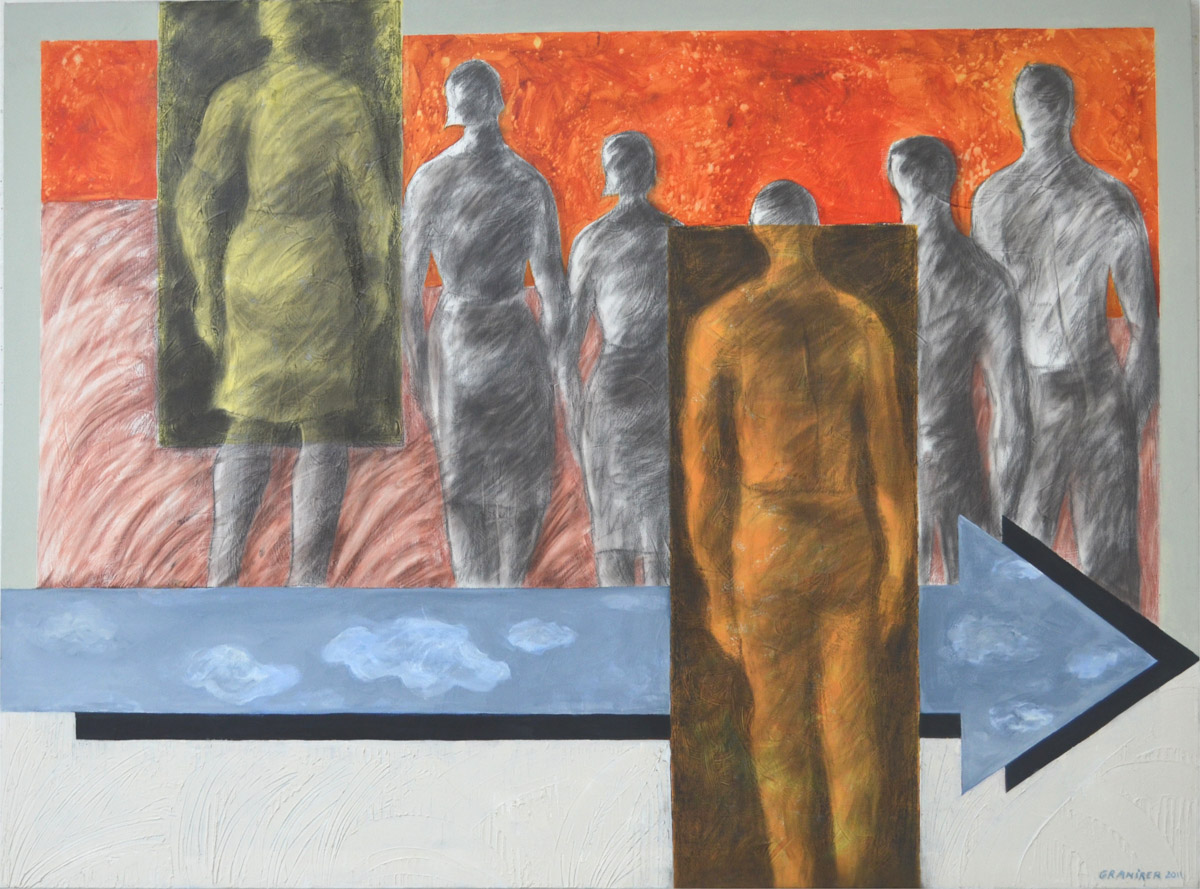 The artist’s memories of Spain, with its pleasures and epiphanies, inspire the third chapter. “The soft evening sun/covers the city across the valley/in a net of golden thread,” Granirer writes in the poem “Toledo.” Dancers’ move through the fourth chapter. ’This and That,’ the final chapter, provides a potpourri of ideas and emotions, with poems about the artist’s satisfaction at getting a painting right to healing the wounds of the soul.

Granirer favours mixed media. “There is so much richness and possibility of using the imagination when combining various materials,” she says. “For me, this technique reflects the richness of nature, where there is no end to variations of shapes and materials.”

Granirer’s artistic journey began in earnest in Israel. She met her future husband, Edward Granirer, while attending art school. “I was 19 when I got married and my husband’s dream was to study mathematics at the Hebrew University in Jerusalem,” she says. “There was no school of architecture. But guess what? The Bezalel Art School was there specializing among other things, in graphics, the European way of describing applied arts. I could study there and make a living by doing illustrations, posters and other such things.”

Her husband’s career as a mathematics professor led to their emmigration to the United States in 1962 and three years later, Canada. The couple settled near the UBC campus in Vancouver and raised two sons.

By the 1970s, Granirer found her “voice” as a visual artist.  “The European influence in my work was noticeable,” she says, “particularly my love of drawing the figure. This, unfortunately, became a liability in the Vancouver art world which has rejected the figure for a very long time. I was even told that my work was too ‘European.’” 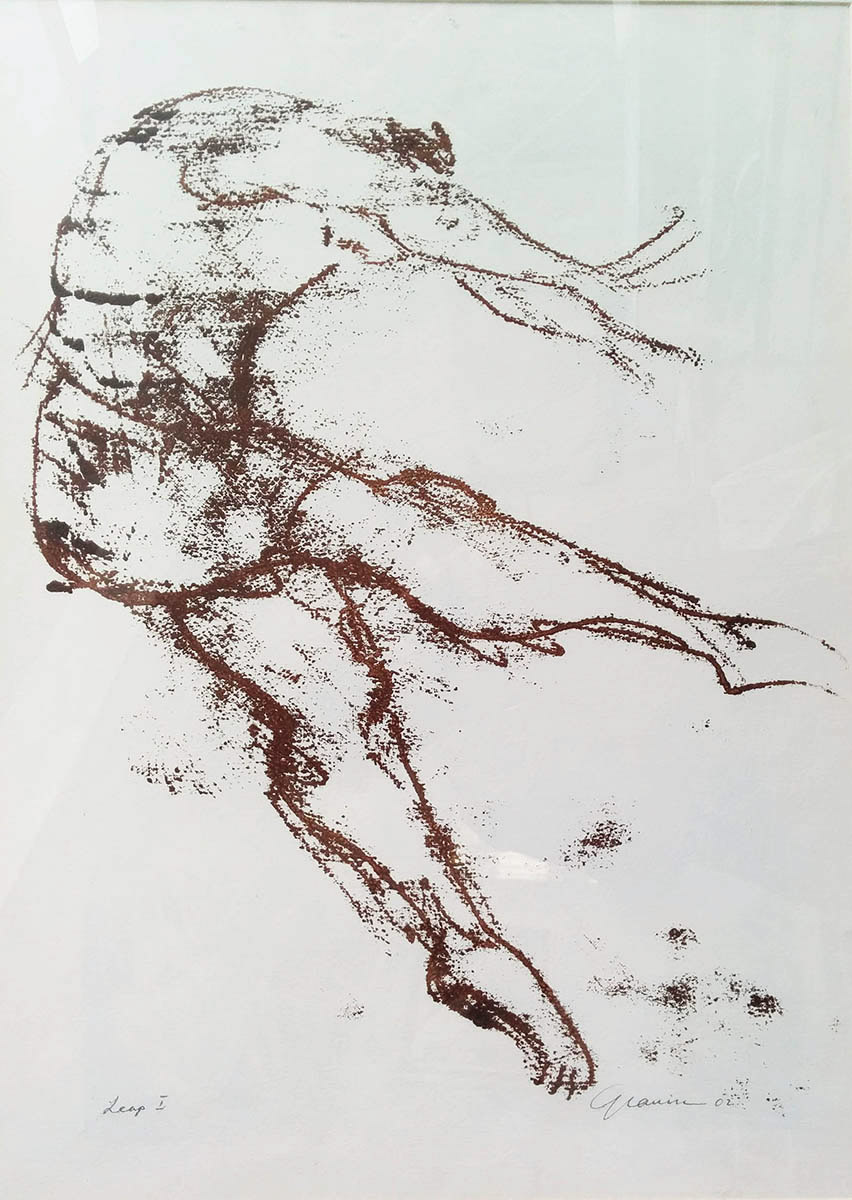 While involved with an international organization, “Fear of Others: Art Against Racism” in 1983, she invited the notable American artist Leon Golub to an exhibition. “My contribution to this show was a large triptych, Out of the Flames, the only work I had ever done dealing with the Holocaust,” she says. “When Leon Golub saw it, he suggested that I do a series on this subject, since he thought this painting was so good. This was certainly a highlight for me, to be praised by such a famous artist.”

Granirer later donated Out of the Flames to Yad Vashem, a Holocaust Museum in Jerusalem and in 2010, the work was shown in an 18-month exhibition, Virtues of Memory: Six Decades of Holocaust Survivors. “I went to the opening, which was one of the most emotional events in my career. Many of my former teachers were included in the exhibition and family and friends came. It was the only opening which brought tears to my eyes,” she says.

Last year, Granirer’s beloved husband of 66 years died. The final poem in Garden of Words remembers him. A charcoal drawing from 1957 shows “Eddy” studying by candle light during a power outage.

This spring Granirer will participate once again in “Artists in our Midst,” an annual art walk she co-founded in 1993. Visitors to her open studio can expect a rich array of art work and publications.

What does Granirer hope readers will take away from Garden of Words? “Pleasure and enjoyment,” she says.