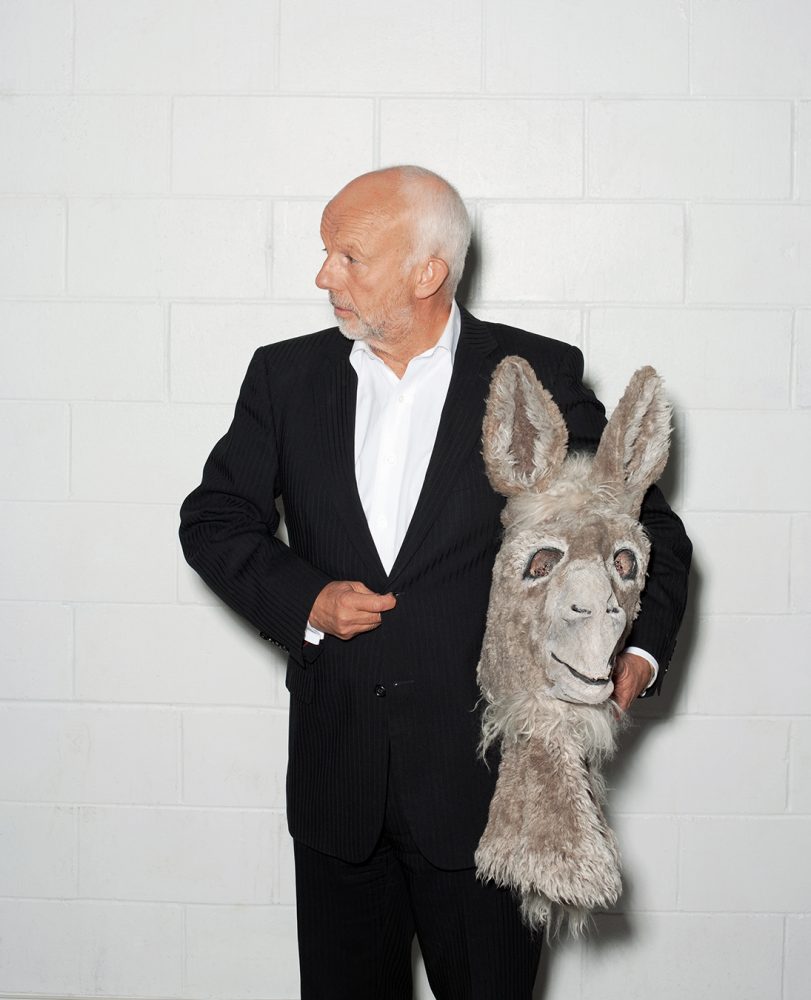 As Vancouver’s preeminent Shakespeare festival, Bard on the Beach, wraps up its reimagined digital program for the pandemic, we look back at this feature from our archives on its artistic director, the trailblazing Christopher Gaze.

Christopher Gaze refuses to be interviewed on the Ides of March.

Well, sort of. Gaze, the founding artistic director of Vancouver’s Bard on the Beach Shakespeare Festival, is available for an interview on March 14, but not the following date. Perhaps his schedule is cleared for superstitious reasons? March 15 was, after all, a fateful date in William Shakespeare’s Julius Caesar. “Beware the Ides of March,” the soothsayer warns before Caesar is stabbed to death at the hands of his senators.

“You can say that I refused to meet,” jokes Gaze, when I voice regrets at not meeting on the more momentous date. “Tell them I was afraid that you’d come at me with a kitchen knife.” It’s a prime example of Gaze’s giddy, glorious sense of humour, one of his defining characteristics; he is never without a quick-witted quip up his sleeve. Equal parts approachable, passionate, effusive, self-deprecating and serious, Gaze is the formative creative force behind Bard on the Beach, and he continues to lead the festival into its 22nd season in 2011. 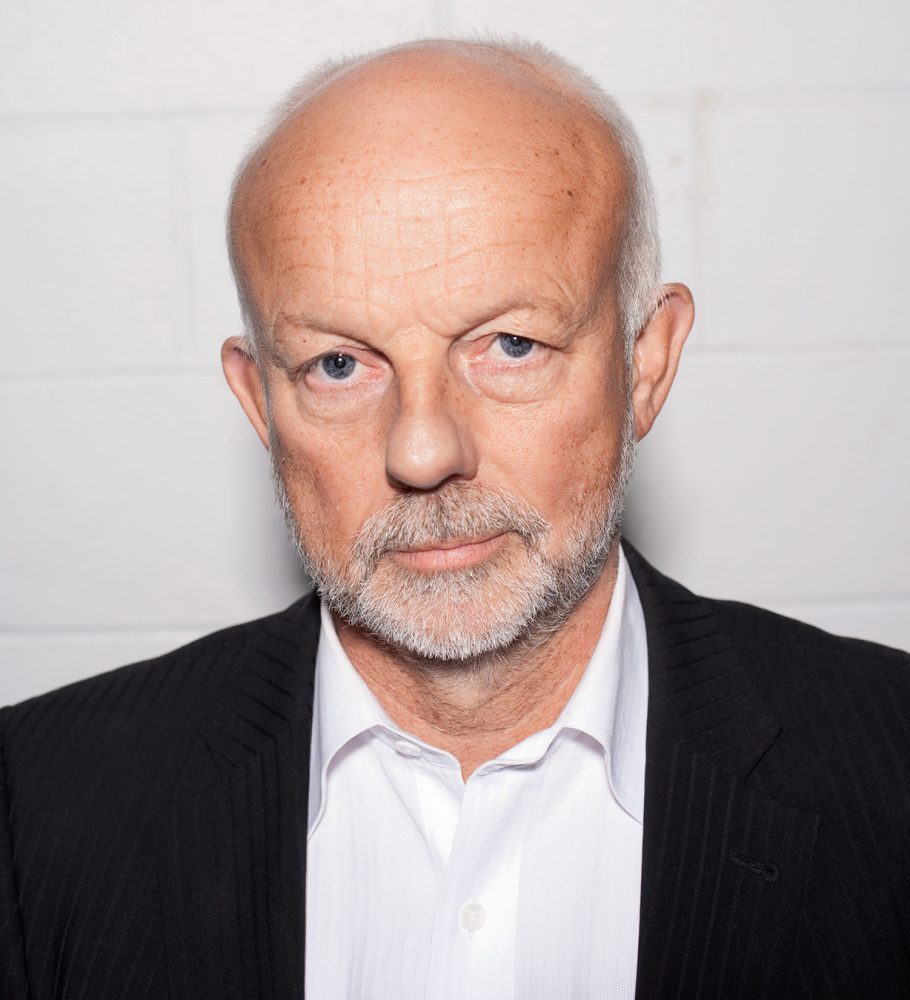 At the Bard head office, Gaze’s desk is tidy save for a small stack of papers in disarray. They are invites for an upcoming gala to thank key supporters of the festival’s capital campaign. Each is handwritten. This candid, personal touch is something Gaze executes flawlessly, and sincerely; it is part of the reason he is so highly respected in Vancouver’s arts community, both personally and professionally. Gaze has received honorary doctorates from the University of British Columbia and Simon Fraser University, been awarded Canada’s Meritorious Service Medal, and won numerous acting awards. These are joined by other, more personal accolades in his office. Katharine Hepburn’s book The Making of The African Queen sits on his bookshelf, the inside front cover inscribed personally to Gaze from the late, great actor, whom he encountered during an acting stint in the United States. Beside the book is a pair of well-worn ballerina shoes—“A gift,” he says, given to him by their legendary prior owner, Karen Kain.

An accomplished professional actor, Gaze was born in Surrey, England, and, after training at the Bristol Old Vic Theatre School, moved to Canada in 1975 to pursue his craft. After performing for three seasons at Niagara-on-the-Lake’s Shaw Festival, the thespian moved to Vancouver, setting down roots and founding Bard on the Beach in 1990. Today, the 59-year-old lives in Kitsilano with his wife, Jennifer, and has two grown sons.

His giddy, glorious sense of humour is one of his defining characteristics; Gaze is never without a quick-witted quip up his sleeve.

Frequently singled out as one of North America’s most successful not-for-profit arts organizations, Bard on the Beach has been Western Canada’s annual ode to Shakespeare ever since the first time they popped up tents in Vanier Park with just one play in the summer of 1990. That selection, A Midsummer Night’s Dream, is a play that Gaze labels as one of the “draw comedies”. Essentially, if you show it, they will come. And come they did—though it was what transpired at the opening festivities that set the dramatic tone for what was to later appear onstage. Gaze remembers as if it were yesterday.

Commandeering a Coast Guard vessel, the organizing team set sail with a group of actors in period costume. “We had somebody dressed up like Shakespeare, someone like Queen Elizabeth, and the boat went out, did a U-turn, landed on shore—and we opened the festival,” says Gaze. “We were nothing. This was just an idea that came to life. We hit the cover, front page, colour, of The Vancouver Sun.” The stellar coverage gave the start-up festival some clout, and 6,000 theatregoers streamed through the tent in just four weeks.

For many Vancouverites, live-theatre Shakespeare in the park has become an annual tradition—Bard on the Beach productions now seat over 91,000 people every year. “Over the last five years, we were between 95 and 100 per cent sold out,” says Gaze. “And that’s including shoulder season in June, when the weather can be a bit dreary.

“We are a seed of Stratford,” he adds, referring to the famous Ontario Shakespeare festival that has staged Shakespeare’s plays for more than half a century. “They didn’t plant us, but we are part of their blood. And the same idea in Stratford in ’53 was a tent.”

This season marks the debut of a new Bard viewing experience with a reimagined mainstage theatre tent. It was a metamorphosis spurred on by something very small, but critical: a deformed truss on the inside underbelly of the original tent. In May of last year, the festival was advised to temporarily take the structure down for repairs. “And if an engineer says that, you do what you’re told,” says Gaze. Nine performances were cancelled, but the flaw proved to be a catalyst, driving the agenda to move forward with plans for a new theatre. The Bard committee enlisted Vancouver-based Proscenium Architecture and Interiors to assist in the planning process. The theatre itself hails from all over the map: the steel was manufactured in Oregon; the tent fabric was sewn in New Zealand; the house risers are from England; and the theatre seats were shipped from Australia.

The new venue, the BMO Mainstage, seats 740 (up from a previous capacity of 520) and its thrust stage juts out into the audience, providing a more intimate viewing experience to all within. And for the 2012 season, the small Douglas Campbell Studio Theatre will transform into a 400-seat venue up from 240. “In a year’s time, we’ll be concentrated on selling about 1,150 seats,” says Gaze. To make it all possible, his dedicated capital campaign fundraising team, helmed by Bruno Wall, is successfully working toward their goal of raising $3-million for the Bard’s new homes.

And then, in an instant, Gaze becomes actor, launching into Portia’s famous speech to Antonio about mercy (and he speaks not a word out of turn).

This year’s Bard season debuted June 2 and runs until September 24, and includes productions of As You Like It, The Merchant of Venice, Henry VI: The Wars of the Roses, and Richard III. “You’ll see way more performances for As You Like It than anything else this summer,” says Gaze. He directed the play himself in 1991, but this year, David Mackay directs a cast that includes Lois Anderson as the cross-dressing Rosalind, a character Gaze is excited to see onstage once again. “Rosalind requires such finesse—one of our directors calls it the female Hamlet. I mean, she’s witty, she’s elegant, she’s naughty, she’s fun, she’s a teacher and she has some of the most beautiful texts ever written.” Todd Thomson plays her lover, Orlando, and crowd-favourite Ryan Beil returns for his third season to provide comic relief as Touchstone. 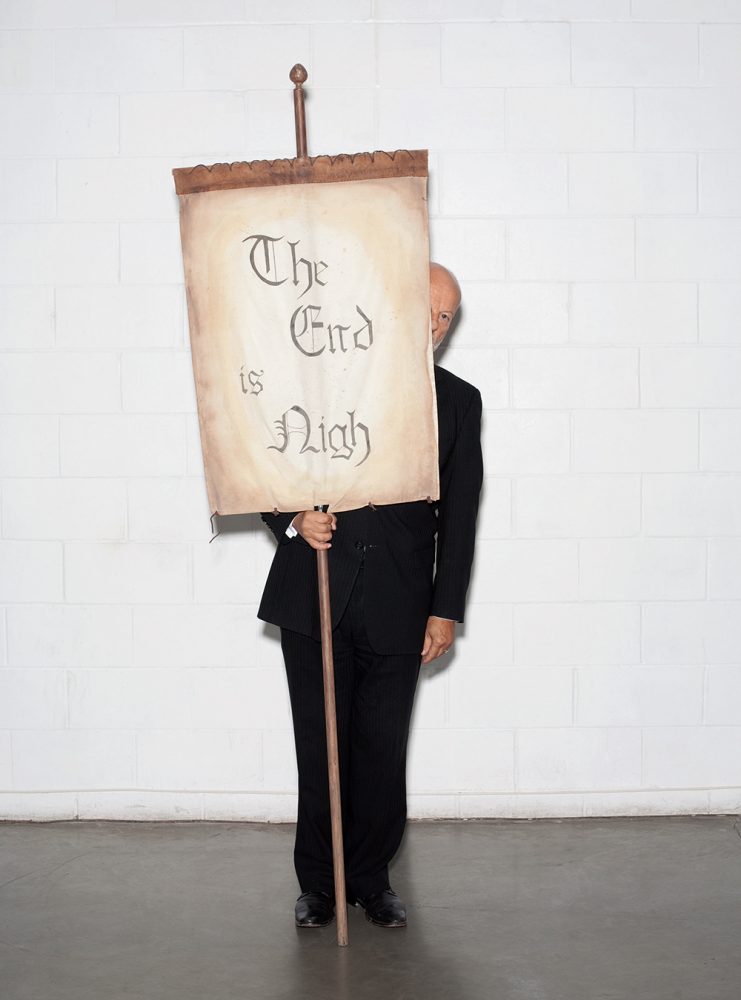 The Merchant of Venice, directed by Rachel Ditor also shows in the BMO Mainstage—its comedic factor is more debatable, Gaze points out. “You have to be very respectful of Merchant. The difference is that it can be viewed as anti-semitic, and we don’t need any more anti-semitism in the world than there already is. However, I believe that [it] is in fact a well-balanced drama, with great elements of comedy in it—but it is a drama.”

And then, in an instant, Gaze becomes actor, launching into Portia’s famous speech to Antonio about mercy (and he speaks not a word out of turn). “And she says, ‘The quality of mercy is not strain’d. It droppeth, as the gentle rain from heaven upon the place beneath. It is twice blessed; it blesseth him that gives, and him that takes.’ And it is a beautiful, beautiful speech about mercy, and how we, as human beings, always finally recognize mercy.”

Christopher Weddell directs Henry VI: The Wars of the Roses (an adaptation that combines the Henry VI trilogy into one play) in the smaller tent, where the chilling Richard III, directed by Kathryn Shaw, will also be held. There will be no Gaze onstage as a character this year at Bard, though in past years he has played many, from the title role in King Lear to the role of Solinus, Duke of Ephesus (dressed in full gown and makeup as a dashing Queen Elizabeth) in 2009’s Comedy of Errors. “I would like to have [acted this year],” he admits, “but we are so concentrated on raising these funds—that is where my efforts are. I really have a split vision this year.”

For now, those two new and improved theatre tents are as far as the large-scale development blueprints for Bard on the Beach go. And though the end of our conversation is nigh, Gaze closes with a final thought that demonstrates how true the organization remains to the vision it started out with 21 years ago: “I have so many aspirations and dreams for this company, but you have to be careful not to spread yourself too thin,” he says. “You have to keep your eye on the prize. To run something exquisitely well, you must strive to keep the quality you know you can—and strive to make it better.”

Grooming: Connie Chiang. Photographer’s Assistant: Shea Pollard. This article from our archives was originally published in our Summer issue in 2011. Read more on the Arts.