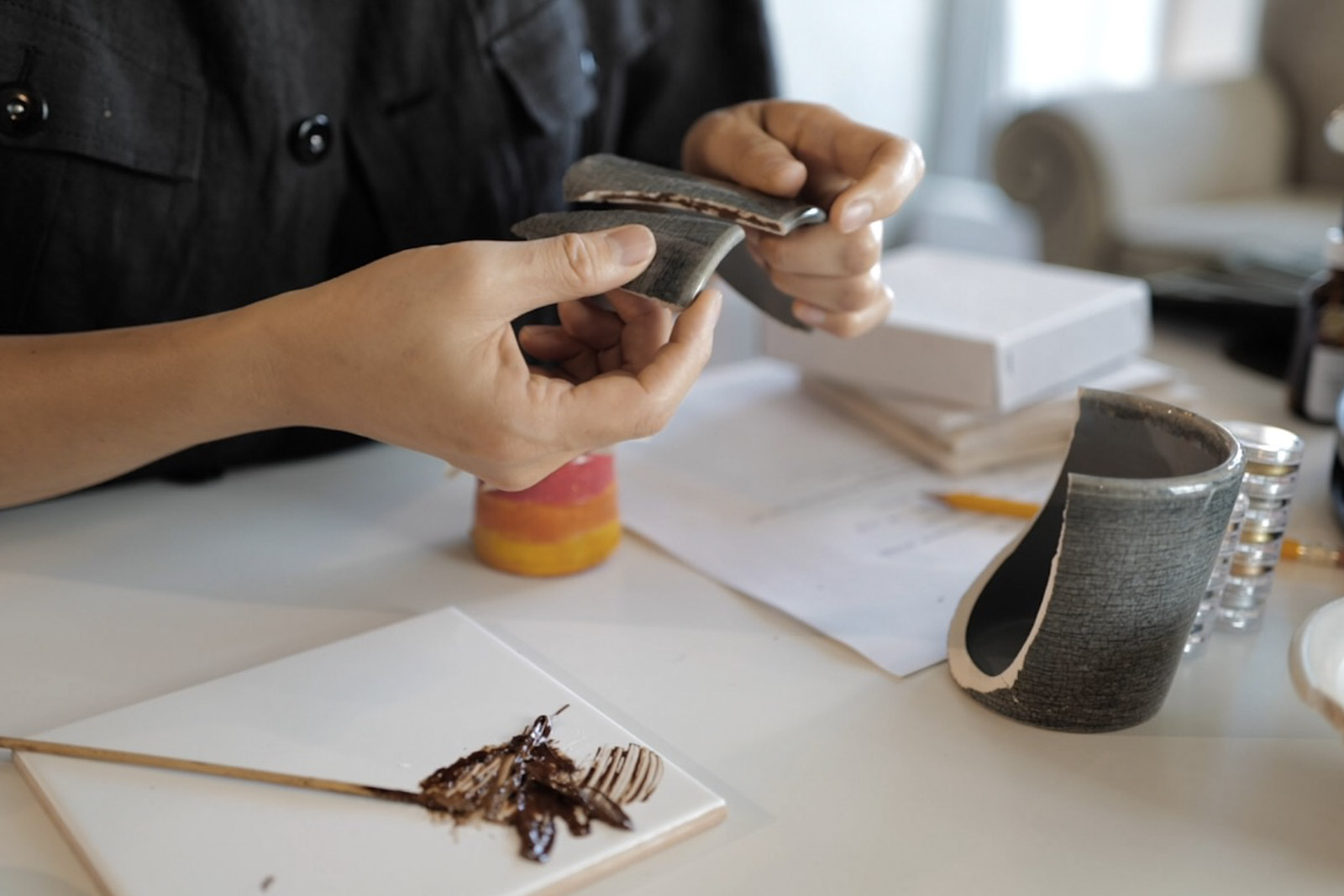 Naoko Fukumaru remembers as a child playing a game that involved an antique Lalique ashtray featuring a frosted crystal figurine of a sparrow. The object of the game was to hit the poor bird with a glass bead. If the bead dropped and stayed in the bowl, she scored a point.

Even earlier Fukumaru recalls eating from Japanese imari porcelain dishware. The dishes, some centuries old, were hand-decorated with intricate floral, fauna, or landscape patterns. But they were also flawed.

Fukumaru’s father was a third-generation antique dealer in Kyoto. “And if [the imari] were a bit chipped or there were cracks, he couldn’t sell it,” she says. “He was actually bringing all these damaged pieces, that we could still use, home. So my parents were feeding me baby food from old imari. I just grew up with old antiques and beautiful Japanese crafts. But everything was damaged.”

Fast-forward to today, Fukumaru splits her time between Powell River and Vancouver practicing the Japanese art of kintsugi, a technique she was fated, it would seem, to embrace. 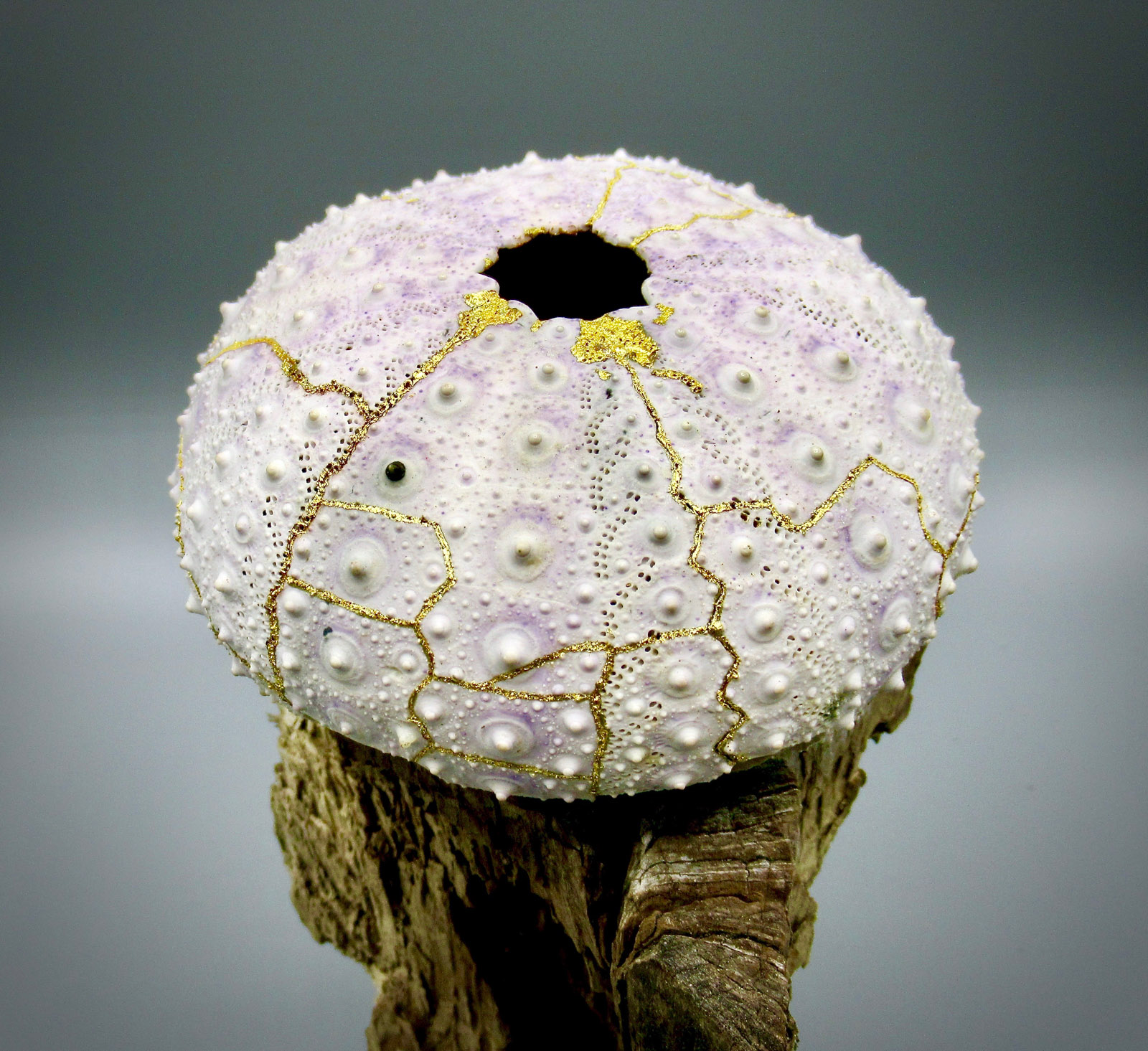 Kintsugi (which translates as “golden joinery”) involves restoring broken ceramics and dishware with a highly allergenic resin derived from the urushi tree. It is mixed with gold dust and used to join pieces back together. Once cured, the items are safe for eating and drinking. The repairs, however, leave the objects transformed. All the seams and crack lines now glint with skeins of precious metal.

Fukumaru’s start in kintsugi happened by chance. Before learning the Japanese craft, she had already established herself as an elite British-trained conservator and restorer specializing in ceramics and glass. She has been called to preserve some of the world’s most valued treasures, including the tomb of Tutankhamen, Paolo Veronese’s The Wedding Feast at Cana, and Leonardo da Vinci’s The Last Supper. 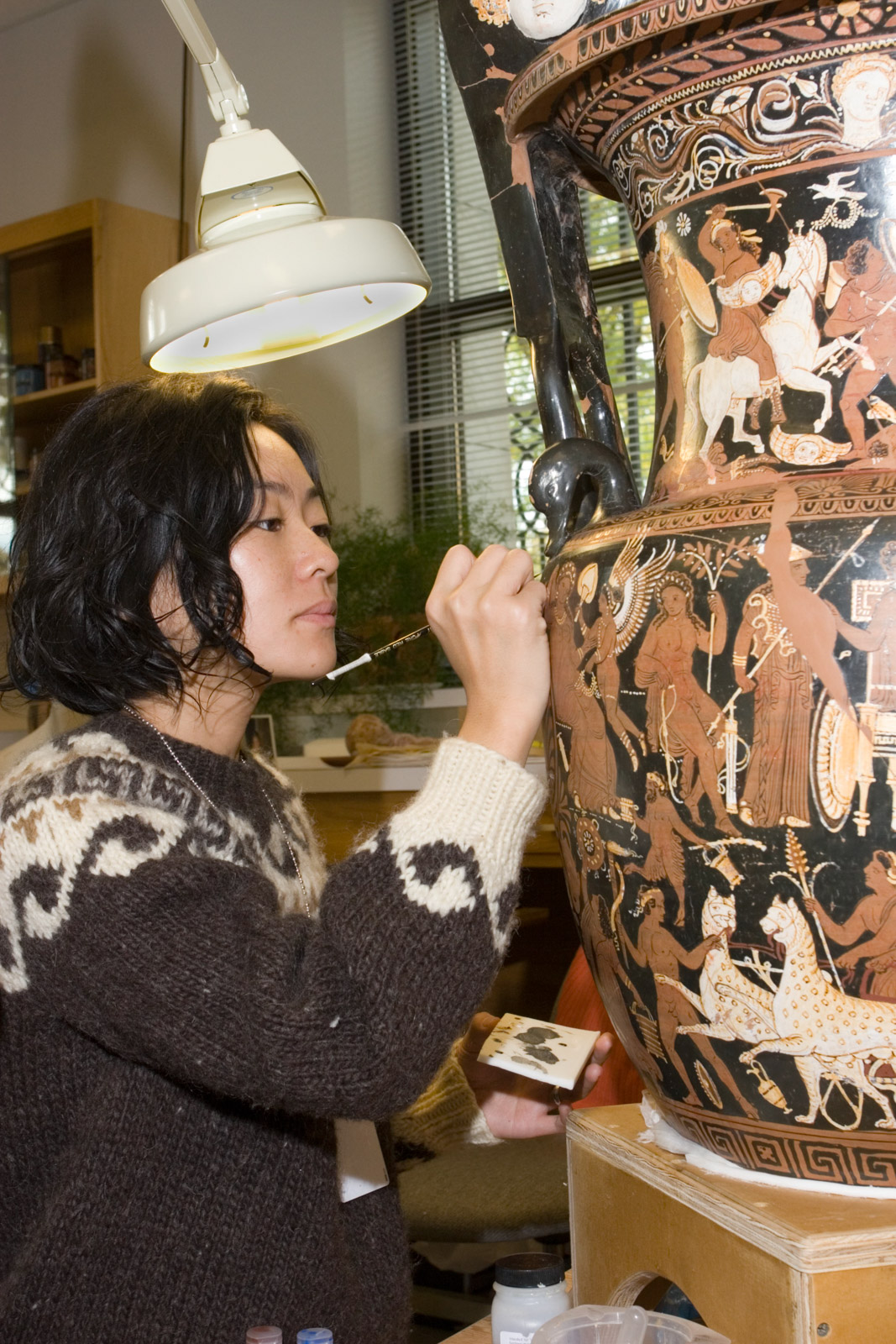 Then in 2019 with her life in upheaval—she had relocated from Europe to British Columbia and then ended her marriage—Fukumaru received an odd message. “A local potter sent me an email saying, ‘I’m sorry I missed your kintsugi workshop last week.’” The sender had apparently assumed that since Fukumaru was a Japanese restoration expert she must be an expert in the Asian ceramics craft.

It was a moment of epiphany, and the timing couldn’t have been better. “I was at the bottom of my life. I got completely smashed after my relationship broke up and then kintsugi came into my life.” 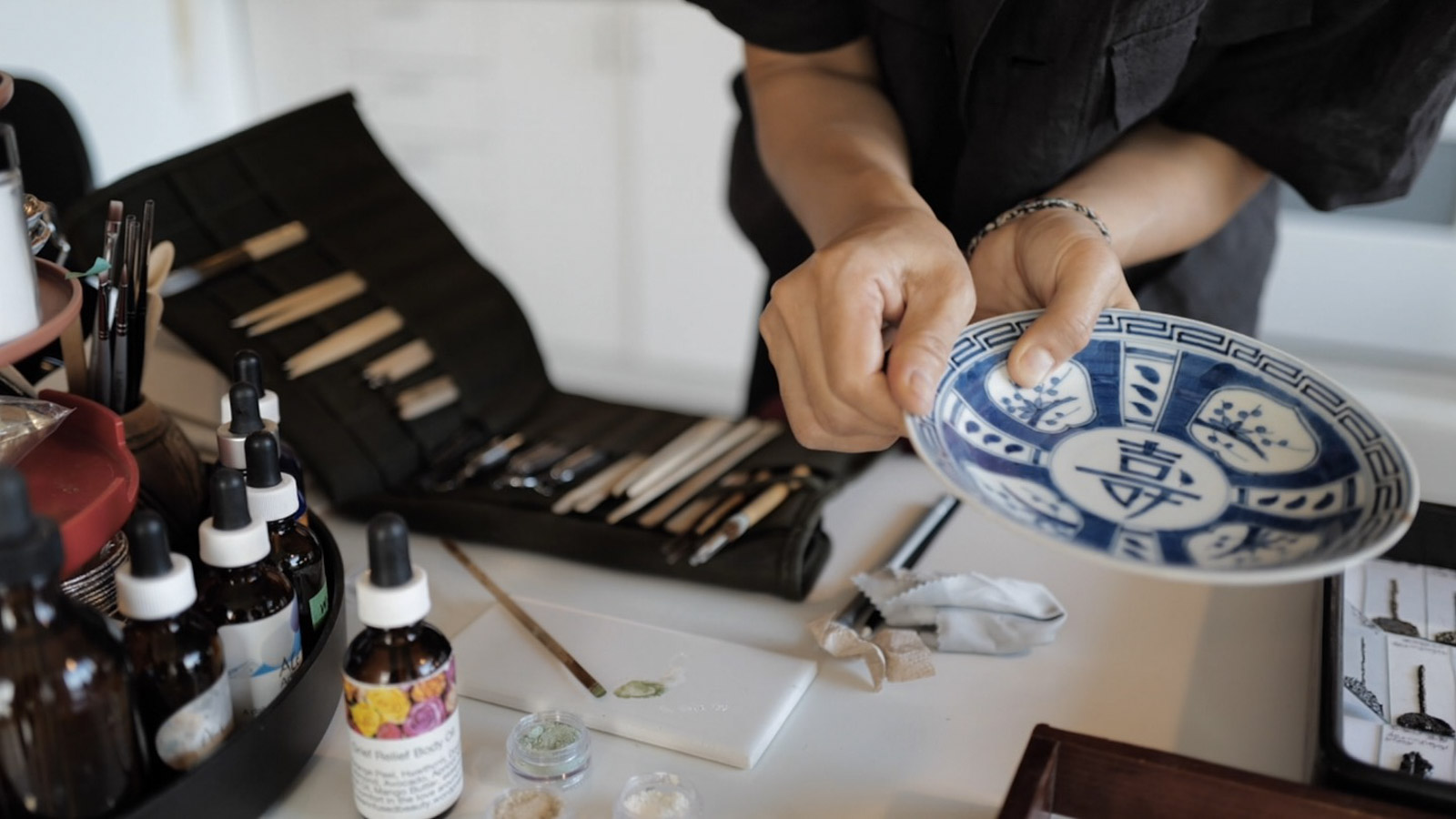 A year and a half later, after studying and practicing in earnest, she found a way to fuse two decades of material and restoration experience with the ancient but new-to-her technique. And along the way, Fukumaru says, “Kintsugi saved my life.”

“It teaches us about the beauty of impermanence, of imperfection, of incompleteness in our life. We are embracing the breaks instead of hiding the breaks, which is what I was doing before,” she says.

Now, in addition to her museum-level Western restoration services (good enough for the Metropolitan Museum in New York), Fukumaru offers kintsugi, where she serves more as a “ceramic therapist.” 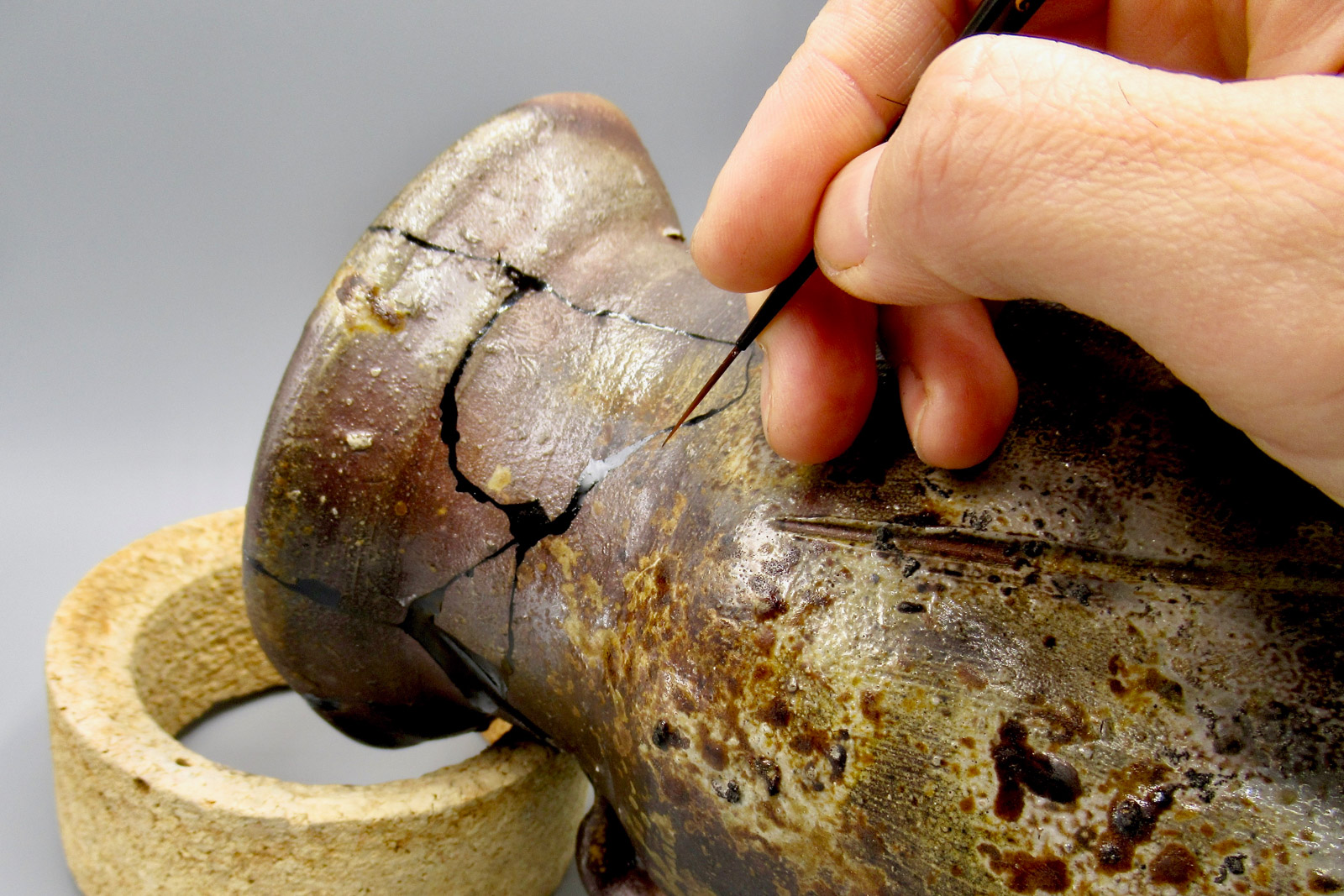 “I have clients coming in who are very sad because they broke a plate and asking me to restore it with kintsugi,” she says. “And when they receive [the restored plate], they are like, ‘Wow, I am so happy. It is more beautiful than when it was complete.’ And when they say that, they overcome trauma.” 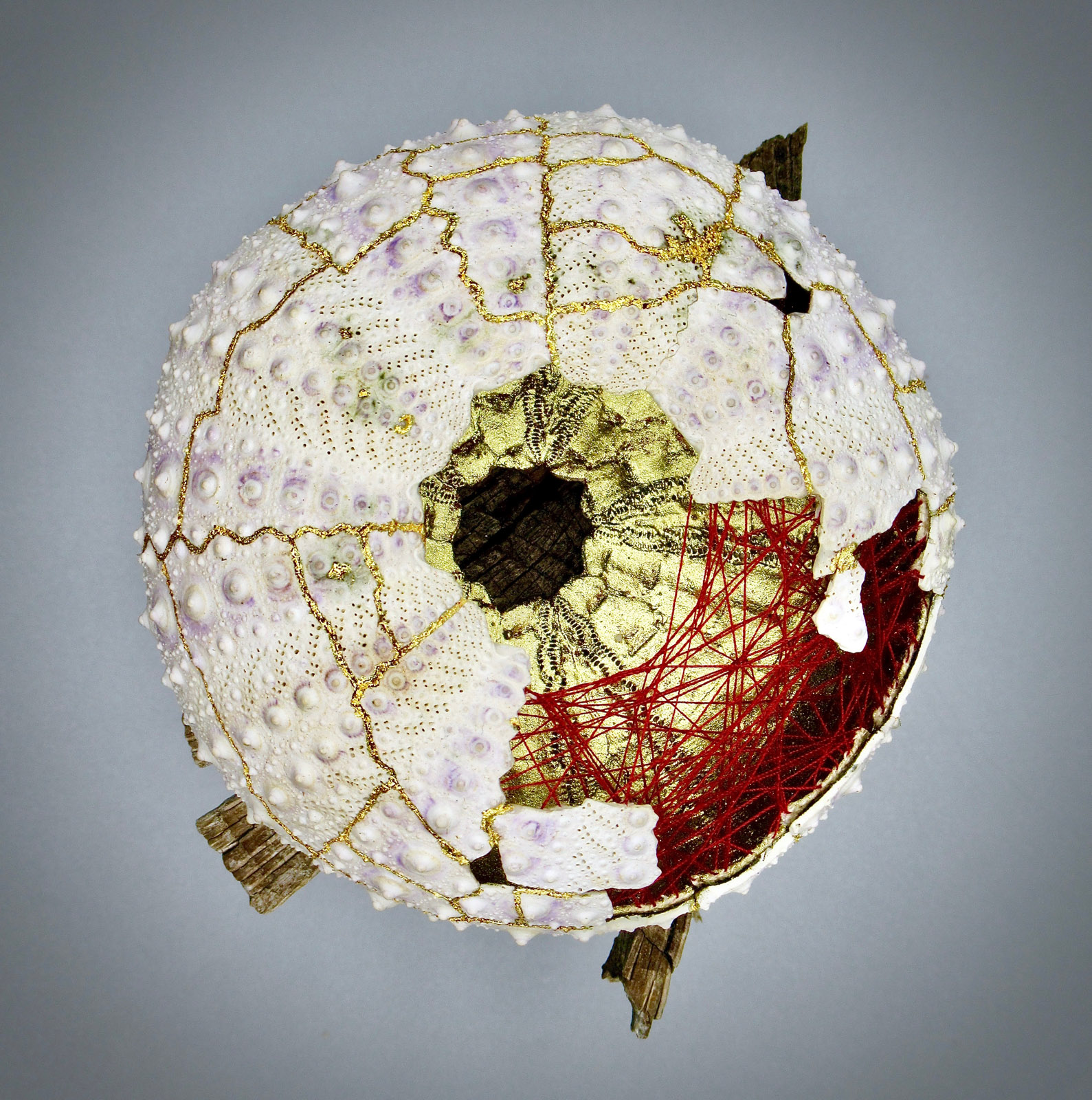 As an example, Fukumaru tells me about a client, originally from Argentina, who had emigrated with his mother’s wedding plate that he had broken as a teen 23 years earlier. It came in a box, wrapped in a newspaper dated 1998. “Once this plate is back with the mother she will realize how beautiful are all these lines and cracks,” Fukumaru predicts. “So their sad and angry traumatic story will transform into happiness and memory… embracing the breaks with gold.”

Fukumaru shakes her head, as if she can hardly believe it herself, and then nods. “This is something only kintsugi can do.”